The Russell Group unis dishing out the most firsts this year

The Tab can reveal that Imperial, UCL and Durham give out more firsts than any other Russell Group uni.

Two of the prestigious institutions awarded first-class degrees to over 40 per cent of their students. 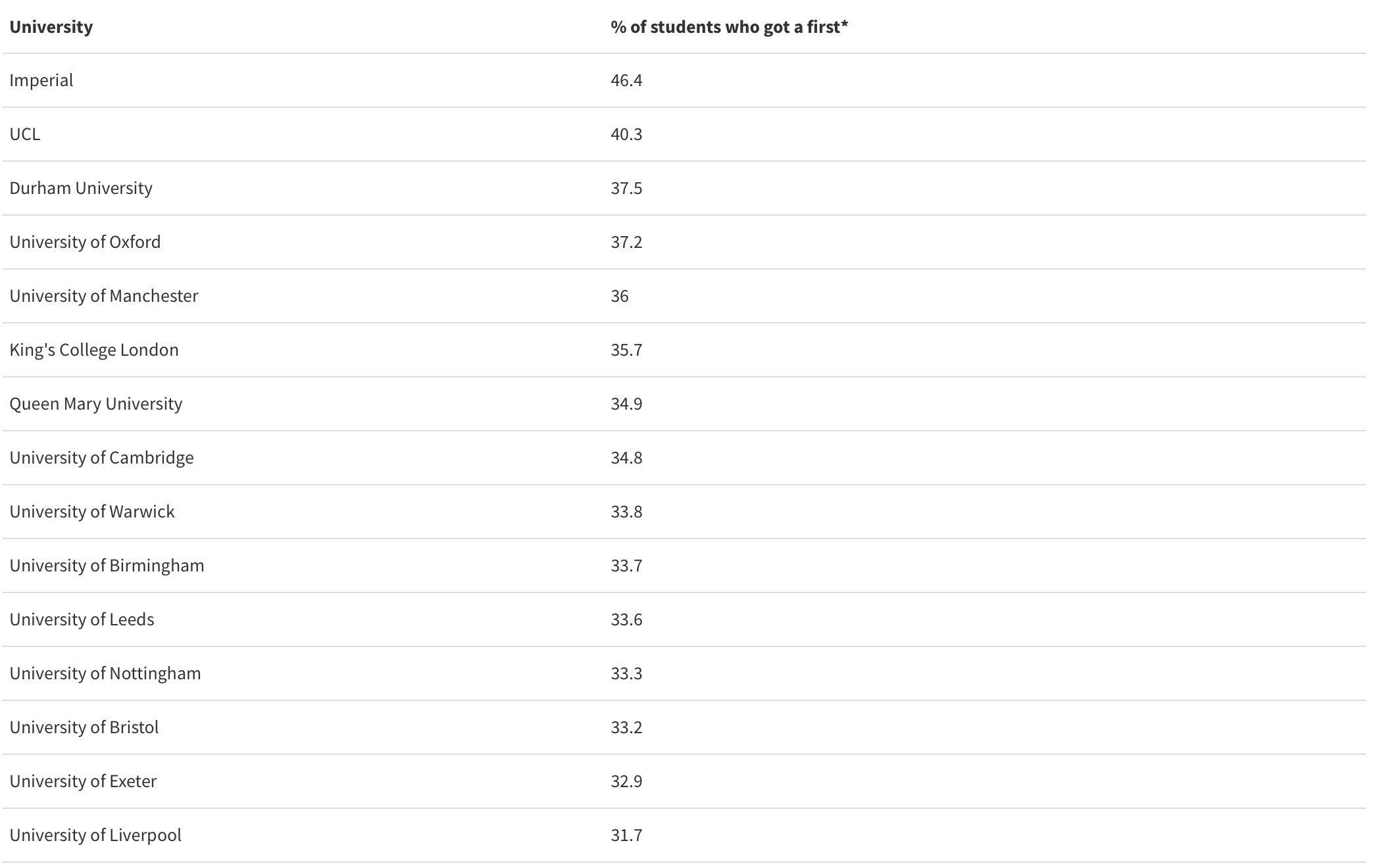 This comes after the government called on the Office for Students to clamp down on grade inflation.

New statistics show that back in 2011, just 16 per cent of students who graduated from an English university gained a first, but the figure had risen to 29 per cent by 2018.

94 per cent of the 148 higher education providers in the study saw a "statistically significant" increase in the number of first-class degrees awarded.

Education Secretary Damian Hinds said: "We owe it to the hardworking students and institutions who play by the rules to stamp out this unfair practice."

Whilst coming out at the bottom, with less than 30 per cent of students obtaining a first, were LSE, Newcastle and York.

*The Office for Students only collects data for England so Russell Group unis in Scotland and Wales were not included.

• Special report: None of these 50 unis automatically suspend students accused of rape