‘Posh and pretty people worked at the front’: What it’s like working at Wimbledon

There was an ‘undeniable racial divide’

We've all watched a Wimbledon game at some point and laughed at the militant discipline of the ball boys and girls. All they have to do to get the gig and brag about standing feet away from famous players is attend a local Wimbledon school, have an interest in tennis and apparently be pretty posh.

Like the ghostly ball boys and girls, those who work other jobs at Wimbledon say they are expected to remain in the shadows, and speak nothing of their experience afterwards. The latter is enforced, since everyone has to sign a waiver agreeing to never speak to the media.

The Tab spoke to three ex-employees who each worked at Wimbledon in 2015 and 2016. Zac*, Joe* and Sarah,* who revealed all the juicy details behind the scenes of the tournament:

Zac found out about the cleaning job from friends at university, who had done it the year before, and who helped prepare him for his interview. To him it felt a very much "not what you know, but who you know" situation.

In his interview for a job as a court cleaner, Zac says he was told by his friends to play up the fact he attended a private school. He was also told to emphasise how much sport he played at private school as it would make him the "perfect Wimbledon candidate". 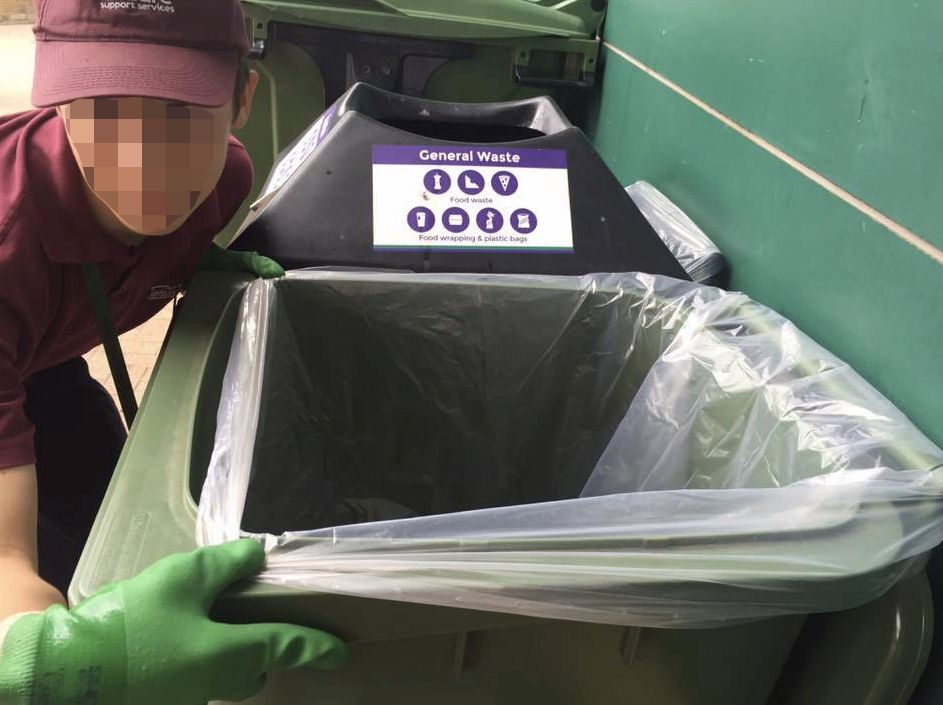 Zac described how a large majority of the workers were students who had attained private schools and were now attending well respected universities. Despite attending private school Zac claims if he had attended a more prestigious school like Eton he would have probably been assigned a better job.

Zac said: "Basically everyone who works Wimbledon in the jobs like cleaning are middle class university students from South West London.

"Everyone knows everyone and it is full of the most privileged bin and loo cleaners you've ever met in your life".

According to Zac, many of the managers of the cleaning teams are students who have worked the previous year and have been invited back via email.

If you are a fit, blonde, private school girl expect the best jobs

We interviewed all the ex-employees separately however, they all made claims about how the better looking and posher you were the better job you had.

Joe, who worked for G4S security as a security guard, claimed the better looking staff members were assigned to either walk players out or were placed in very publicly visible locations such as Centre Court.

He also added that court escorts, staff members who would walk players on and off the court, were generally attractive, blonde females.

Sarah worked as a player escort, and said she was asked in her interview to give her height so the interviewer could see if she would be the "right fit for the job".

Zac told The Tab: "The posher and prettier you were the more you were placed to be working out the front". He said he knew some girls who were working on the bar who were "ridiculously posh" and believes that is why they got assigned that position.

We contacted G4S security and a spokesperson for the company denied this, and told The Tab the company selects teams "purely on merit and prides itself on the diversity of staff".

'There was a complete racial divide that you could not ignore'

The three people we spoke to all claimed the staff given front of house roles, either on television or the VIP lounge, were predominately white.

Joe said: "The racial divide was definitely blatant in 2015.

"Basically, they hid anyone of non-white ethnicity in places where they wouldn't be seen by the public that much and had white people in all client facing positions". 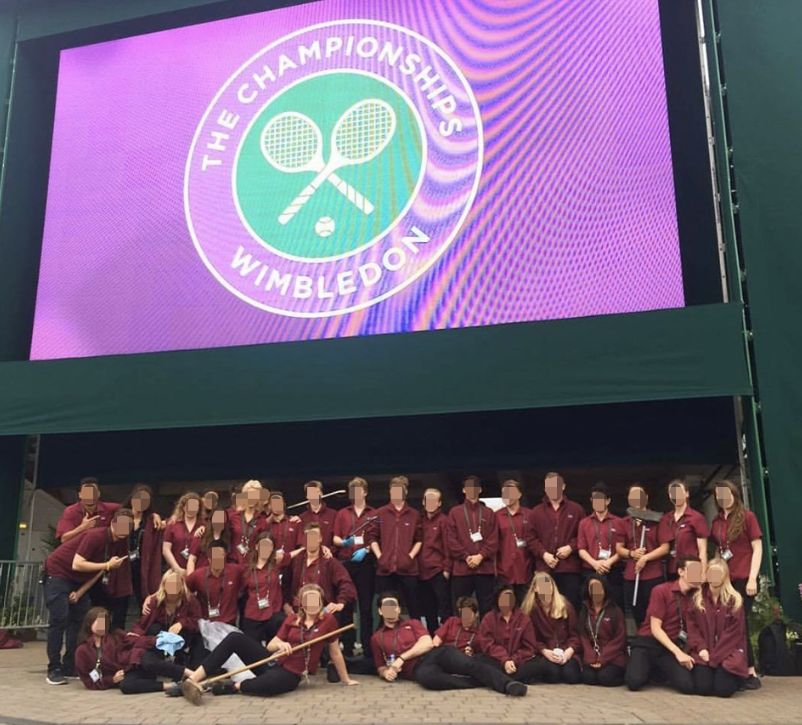 Some of the jobs that were hidden from the public eye included patrolling inside quieter corridors, staffing the car park or being placed on an unused gate.

When we put these accounts to AELTC (The All England Lawn Tennis Club), a spokesperson told The Tab: "We are committed to ensuring we attract, develop and retain a diverse, inclusive and happy workforce for the good of the AELTC and The Championships.

"We know that our lead contractors, which employ many of our Championships staff, hold the same values and this is reflected in their approach to recruitment".

Some celebrities are horrible

It's probably no surprise that celebs don't want to brush shoulders with the bin court cleaners but what about when you see a celeb in the exclusive VIP lounges or hall ways?

Zac remembers holding the door open for one Made in Chelsea star, only for her to tut and roll her eyes at him.

'It's all about appearances, people weren't meant to know about you… you weren't really supposed to exist'

If you've watched Wimbledon you'll know how fast the ball boys and girls have to race onto court to catch the loose ball before returning to lurking in the shadows. According to those we spoke to, other staff members have to be just as hidden.

Zac worked the "show court", Centre Court, with the cleaning team. He said "it's all about appearances, people weren't meant to know you… you weren't really supposed to exist". He and his team were told that they had be as discreet as possible when they were cleaning.

Employees were also required to wear uniform at all times to look presentable. If they wanted to sneak off to watch some tennis in their lunch break, they had to change, so no one would know they were a worker when watching a match.

*Names have been changed to protect the identities of those involved.

•A day at Henley Regatta with bowties, pinstripes and Pimms

•These are officially the unis with the most private school students

•What to wear to Wimbledon (other than tennis whites)