This included monkeys, rats and mice

Newcastle argue that they only use animals in research programmes when there are no other alternatives. However, campaign group Cruelty Free International have urged Newcastle to "move with the times toward humane research that will benefit people and animals alike".

Newcastle mainly use the various animals for testing and studying tissue which can help researchers identify the underlying causes and treatments for serious illnesses. These include: improving cancer treatments, preventing strokes and heart disease, treatment for kidney disease, Muscular Dystrophy and schizophrenia 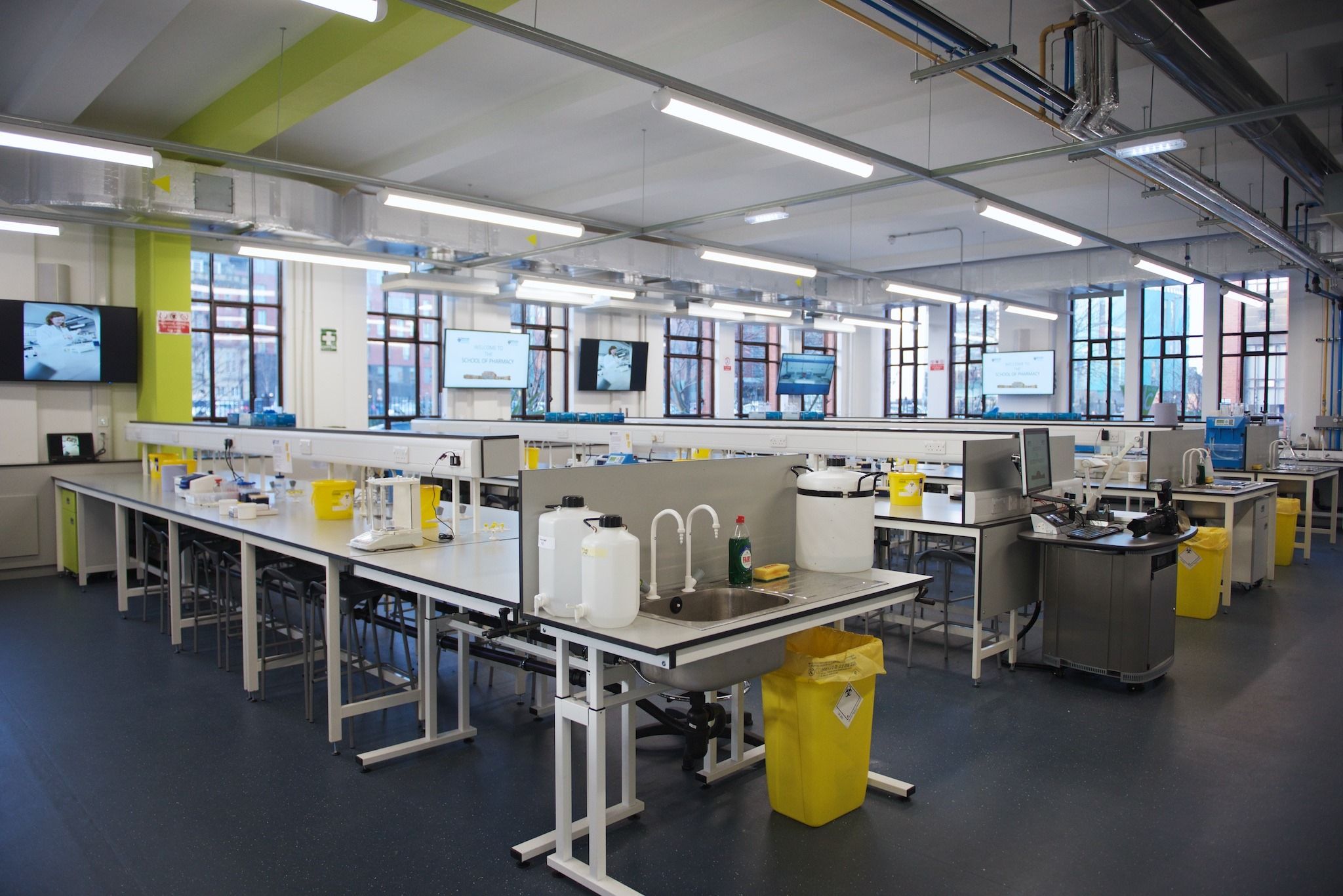 A lab at University of Newcastle

Dr. Jarrod Bailey, a senior research scientist for Cruelty Free International, who originally got his PHD from Newcastle, challenged Newcastle's justifications for experiments. He said:

"The university will claim that such research is essential and that there are no alternatives, but evidence increasingly shows this to be false. Never before has there been such a formidable scientific and ethical case against animal experiments, and support for an urgent move towards more humane, and more human specific, alternative research methods".

Below is the number of animals killed at Newcastle University during experiments in recent years: 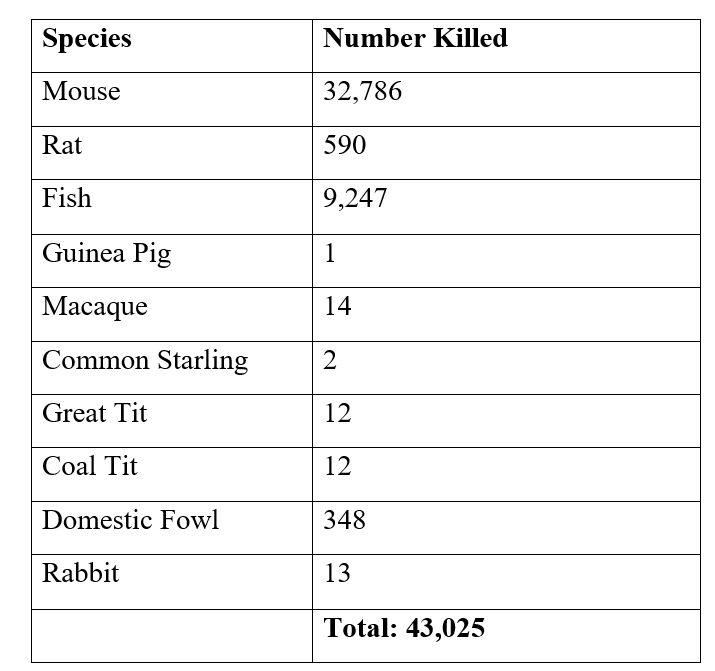 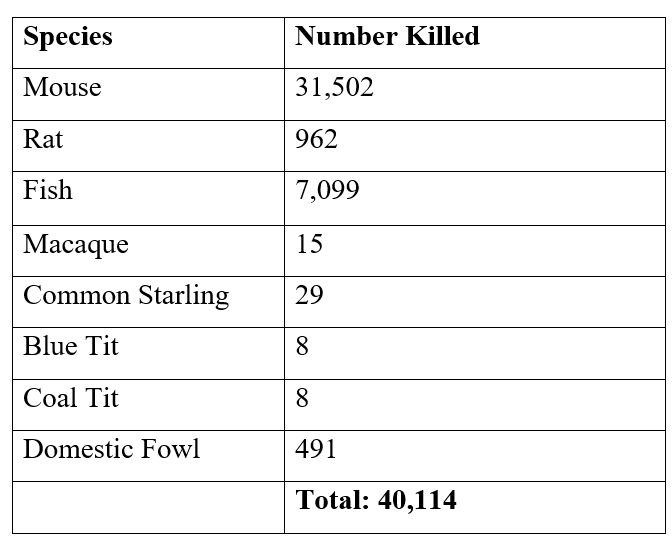 The National Centre for the Reduction, Replacement and Refinement of Animals in Research, an independent body tasked by the Government with helping scientists improve and reduce animal research, acknowledges that most animals involved in testing are killed.

However, they highlight how strict regulations are in place to weigh the death or harm to the animal through testing against the benefit of the research the test can provide.

A Newcastle University spokesperson told The Tab: “We only use animals in research if there are no realistic alternatives and we are committed to reducing the number of animals used. They have helped our world-leading researchers understand and prevent many of the global health problems and diseases.

“Because of the nature of the research, we have to collect and study the tissue to understand the underlying causes and treatments for these serious illnesses so we humanely euthanise many of the animals involved. We re-home or return the animals to farm stock when we are able".