We do not deserve Tommy Fury, our new national treasure

HOW CAN SOMEONE BE SO PURE

When we first saw Tommy Fury on our screens four weeks ago, we thought he was going to be just another fuckboy in the villa. After all, he jumped from Lucie to Molly-Mae, then Maura temporarily turned his head by 560 degrees and he ended up circling back to Molly-Mae after all the drama. It's safe to say we were unsure about his shifty behaviour.

Though slowly but surely, Tommy Fury has gone through a complete character transformation. He's pure, wholesome, full of love and sage advice. His silly sense of humour and ridiculously long arms have captured the nation's hearts. And that iconic recoupling scene with Molly-Mae had us all reaching for a tissue.

Seriously, we need to protect Tommy Fury at all costs because people like him don't come around too often. And this is why:

He literally snuggled Elly Belly for three days straight when Molly-Mae was in Casa Amor, while all the other boys' heads got turned!!!

Curtis, Michael, Jordan all had their heads turned in the space of a few hours, but Tommy didn't even entertain the idea of looking at anyone else. He was really friendly with the new girls, but you could tell Molly-Mae was constantly on his mind.

The sweetest part was when Molly-Mae came back and thought Tommy recoupled with someone else because Elly Belly (her cuddly toy) wasn't in the bed they share in the villa. But it was actually because Tommy was holding Elly Belly in his hand at the fire pit. He even said he couldn't wait for the "Fury family" to be reunited. Is this what love feels like?

Tommy saying the Fury Family is him, Molly-Mae and Ellie Belly #loveisland pic.twitter.com/MVRVvBN6HG

Tommy was quietly missing Molly and patiently hoped she would come back for him from Casa Amor. He didn't let his anxieties take control of the situation and he trusted in the power of their connection instead.

He's a wonderful idiot and makes everyone laugh in the villa

Let me just go through some of Tommy's funniest moments:

There was that one time he tried to cut ice with a butter knife. 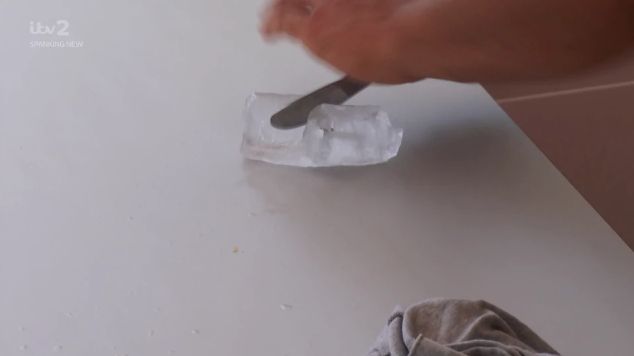 Then there was the time he admitted to not knowing how to make a tea. But it was hardly surprising, because he made this sandwich for Molly-Mae the night before and frankly, it looked disgusting. 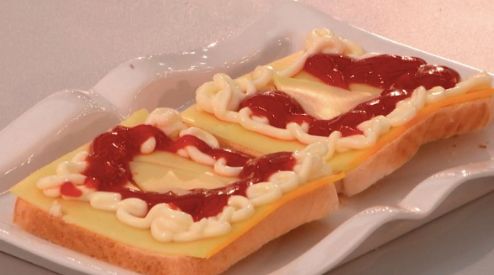 Tommy trying to mount a horse on his date with Molly-Mae was absolutely hilarious.

We present to you Tommy Fury trying to a mount a horse. Enjoy! ? #LoveIsland pic.twitter.com/SmEKUevl5u

He's very good at making up phrases like "refreshify" and "getting chived."

And he believes in some of the funniest conspiracy theories. Obviously.

His wisdom is years ahead of his peers

Sure, he may not know how to make a cup of tea but he'll always tell you to trust your gut instincts. Because according to Tommy, the gut is there to help you make decisions, not because it's one of your most vital organs for bodily functions.

But the crazy thing is, Tommy is only 19!!! He's wiser than most people in that villa and has some of the healthiest boundaries most adults could only dream of. Tommy is literally everything toxic masculinity is not.

He has everyone's back and always give sound advice

He's supportive of everyone in the villa and is always there to lend an ear. He's close with his boys, especially Curtis and gives them all really good advice. He's low-key the villa's on-site therapist.

He may not be book smart, but his emotional intelligence is astounding

Remember the way he deescalated the situation between Lucie and Molly-Mae when Lucie confessed her romantic feelings for him? He knew how to provide reassurance to Molly-Mae, all the while respecting Lucie's feelings. He handles people's emotions with care and actually doesn't seem to have a bad bone in his body.

He's a true man of his word

Tommy honours his honesty to himself and those around him, which means he's very loyal, trusting and direct! We stan a communicative king!