One BNOC to rule them all

The road to the BNOC summit has been a long and gruelling one. Countless students were put forward by their mates, backed up by some absolutely rancid stories.

We pooled the biggest clout-chasers from local competitions up and down the country – from SU president wannabes, to Cambridge YouTube influencers, and earlier this week we asked you to vote for the ultimate BNOC champion of 2019.

And that BNOC is none other than Harry Norris, aka Dennis McNennis, from Southampton. 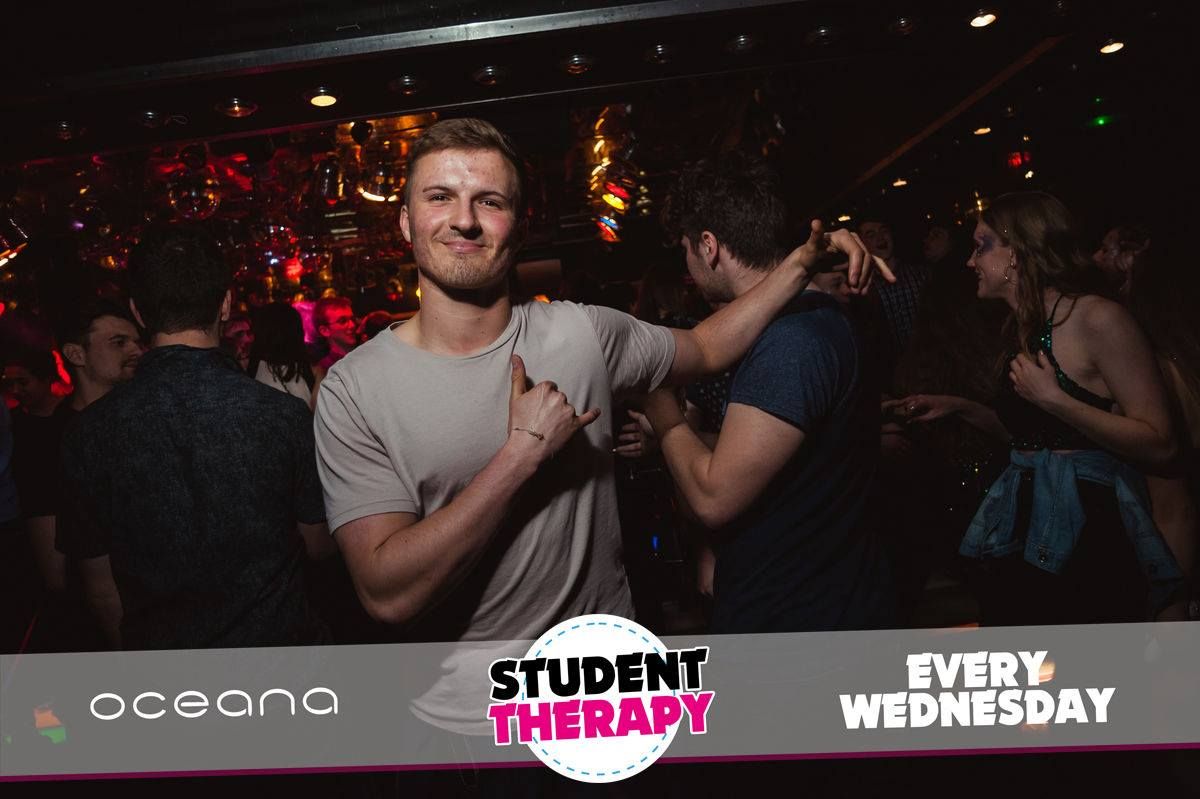 We asked Harry to make an acceptance speech, which you can see on The Tab Instagram story.

He told The Tab: "Cheers to everyone that voted, and everyone at The Tab for making this happen.

"It's been a lifelong dream of mine to have won this, so I'm over the moon.

"Thanks to everyone that voted – especially Karl. Without him, I don't think I'd have won.

"Big shout-out to everyone in Southampton, River Plato FC, 53 Gordon, my group chat – Total Sport Tech, and everyone else.

"It's a real honour. Just remember – if you wanna win this award, just pretend to be someone you're not."

Fittingly, Harry has quite a storied history with The Tab, and it's a hell of a ride:

The story begins last year. The Soton Tab reported the evacuation of Switch, a nightclub in Southampton, after someone did a "literal poo" on the dancefloor.

That very night, a fresher named "Dennis McNennis" owned up to the shitstorm in a Facebook post. In it, he blamed his alleged incontinence on "lots of pre-drinks", "a few Pro Plus", and "a microwavable curry from Sainsbury's".

He even sent us a picture of his soiled underwear. Yeeesh. 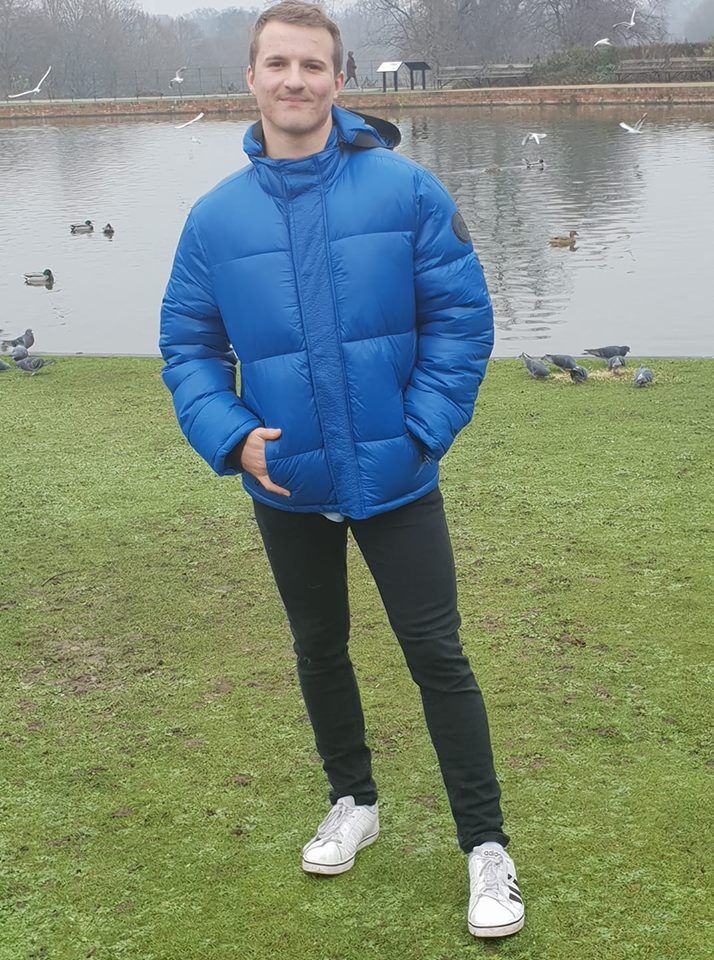 "Dennis" then messaged a mate, saying: "Worst night out I've ever had not going out again for a long long time.

"Ended up clearing the dance floor, fml, thought it was a fart but I literally shat myself." 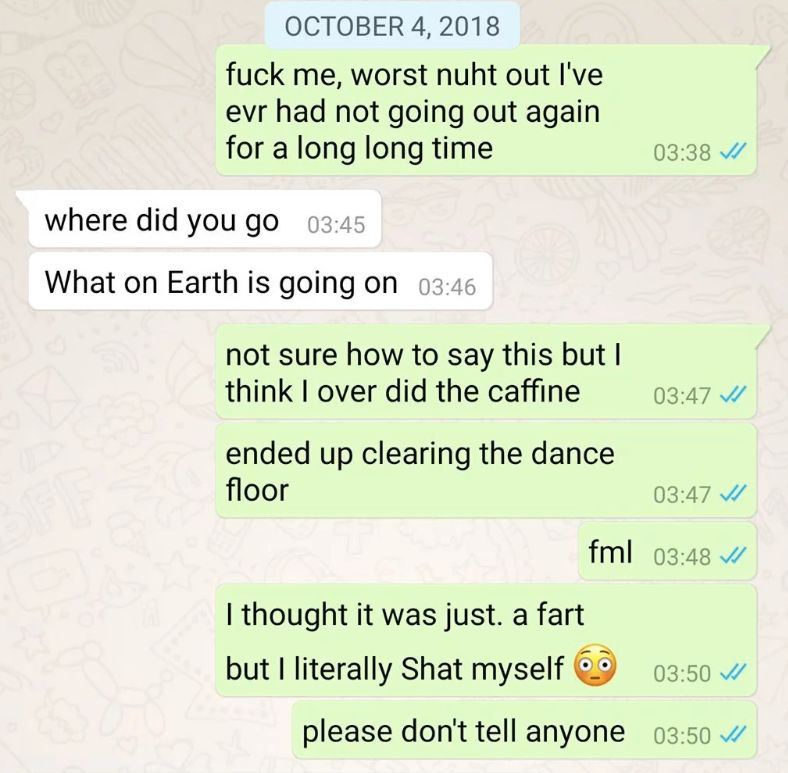 He added: "Fuck me I hope I wake up and this was a dream." 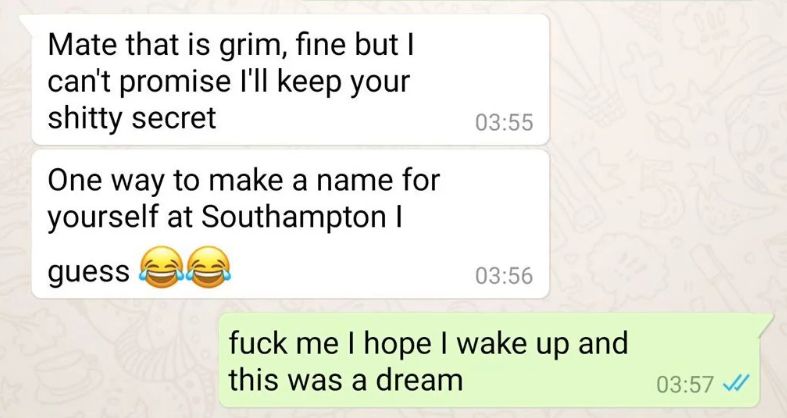 But "Dennis" was actually a pseudonym, and savvy journalists at The Soton Tab soon discovered his secret identity – Harry Norris.

If that weren't enough, Harry admitted to The Soton Tab he wasn't even the person responsible for the poo. The WhatsApp conversation had been made in an online generator, and the picture of the poo-stained undies had been found on Bing (Google didn't have anything good enough).

Harry and his mates had seen the commotion caused by the defacation, and came up with the idea as a "joke". Their noble plot also saved the real "Switch Shitter" from public embarrassment. 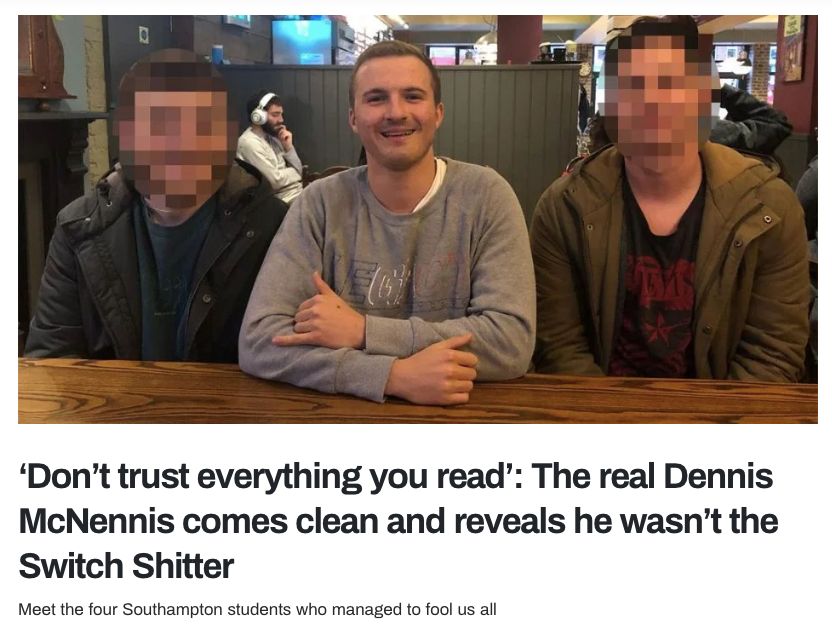 When they were told how many people had read the story, they said: "Fuck, that's mental – defo one of our biggest achievements. That's going straight on the CV."

In the aftermath of such a legendary poodunnit story, Harry was recognised far and wide on nights out. He told The Soton Tab: "I felt a bit like a celebrity tbh." 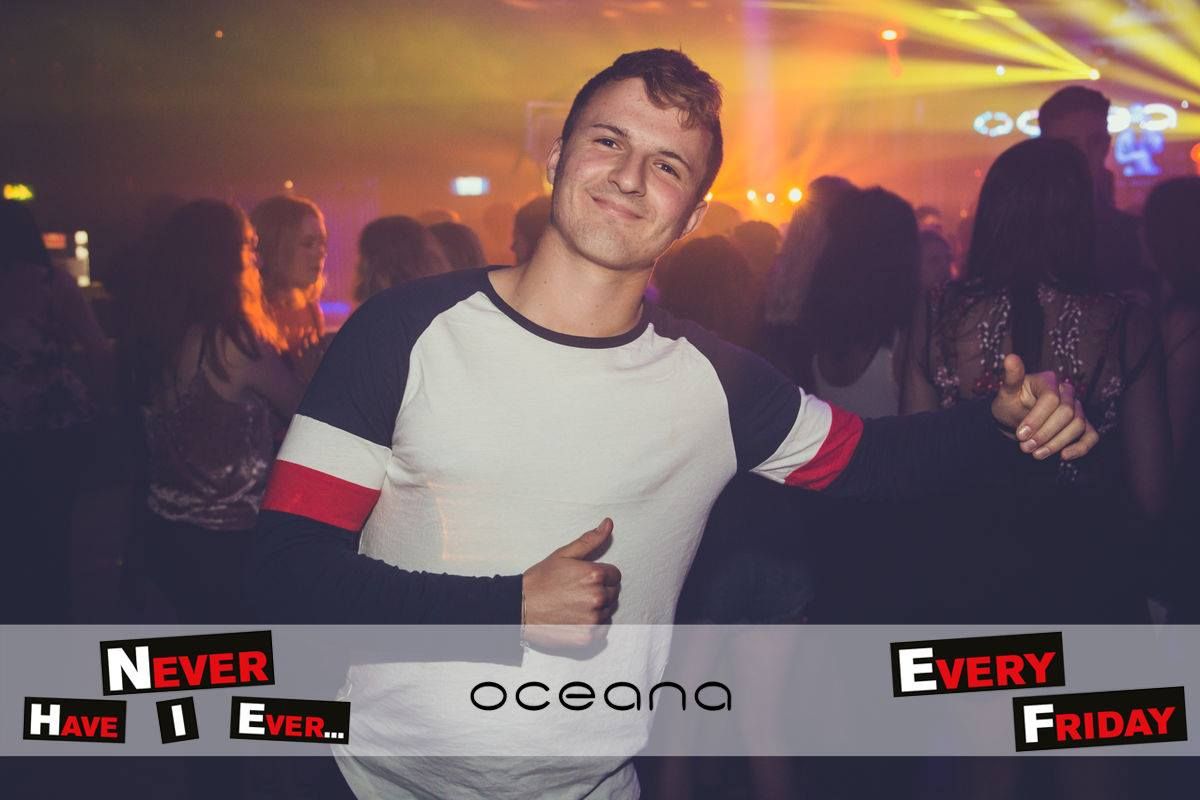 Asked about the future of his persona, Harry said: "Well, now Dennis has been rumbled he'll have to go under cover for a bit. But who knows, maybe under a new name. Moral of the story is – don't trust anything you read kids."

• Who is Ruby Granger? The Exeter fresher YouTuber with 283,000 subscribers

• It’s official: This is the fittest uni girl in the UK right now

• The votes are in: Exeter is officially the most basic uni in the country