How to get rid of your rancid festival comedown, drug by drug

Please for the love of God drink water

There is no bigger festival mood killer than a stonker of a comedown, that is a cold hard fact. After all of the hype and working so hard to sneak your stash into the festival it always sucks to remember drugs do, actually, have consequences. As the saying goes: what comes up must come down.

The obvious solution to avoiding every comedown is, of course, don't do drugs. But the fact you're reading this article means it's probably too late, so the least you can do is try to minimise the consequences. 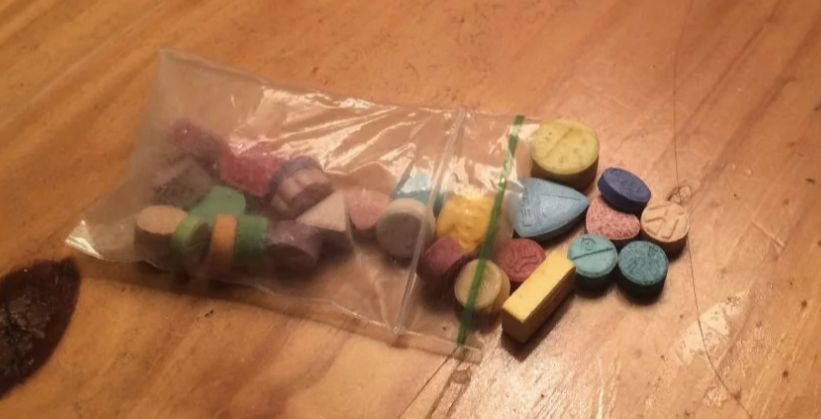 There's no place for the dark pit of post-MDMA sadness at a festival. You're supposed to be having a good time, walking around and joking with your friends – and a tent is just not a good place to wallow. So to try and fix the dreaded mandy comedown, you need to protect yourself.

Drug expert Dominik from Sesh Safety says: “In my opinion, the most essential part for MDMA is neuroprotection before and after. Drinking a lot of green tea, eating fruits and vegetables is essential. You can additionally supplement with strong neuroprotectors such as ALCAR (Acetyl-l-Carnitine) and NA-R-ALA (Alpha Lipoic Acid). Good hydration is mandatory as well." That means drink lots of water before, during and after taking mandy – even if it's £3.50 a bottle.

Also, make sure your festival packing list reads: wellies, tent, orange juice, marmite. Orange juice is rich in vitamin C and marmite is rich in typtophan, both of which help aid the production of serotonin – which you'll be dangerously lacking after an MDMA heavy festival weekend.

The worst part of cocaine is it keeps you up all night. Maybe you could manage a couple of hours sleep on MDMA (though you'd have some weird dreams) but with coke it's near impossible, especially at a festival. That being said, it is incredibly important you sleep after doing copious amounts of drugs – coke included.

Professor David Nutt, who chairs the Independent Scientific Committee on Drugs told The Debrief: “The best way to see a comedown through is by allowing your body time for rest and recuperation.” So now you're probably thinking – but how do I get to sleep when I've just done loads of coke and I'm in a tent surrounded by thousands of loud festival goers and the sound of distant thumping bass?

Tips on how to sleep after cocaine include: drink lots of water to replenish lost nutrients, drink strong tea and eat fatty foods. So fill your bottle up at the tap before you head back to your tent and get some greasy festival food to fill your belly. It might also be difficult to shut your eyes after a night on cocaine, so covering them e.g. with an eye mask to sleep in, will help. For the festival noise, bring earplugs.

Other than sleep, try to eat some nuts and bananas, and drink some OJ. These all help to naturally inhibit serotonin production.

Ketamine is a general anaesthetic, not a stimulant, so there isn't a comedown. However, it is normal to feel a bit 'hungover' after a heavy night on ket. In order to stop your festival from being ruined by a filthy ket hangover, your need to drink lots of water and watch what you take your ket with.

Lauren Marie from Sesh Safety says: “Headaches the next day are likely to be a sign of dehydration. Drink plenty of fluids and have something to eat. To prevent dangerous interactions avoid using ketamine alongside alcohol, opiates, benzodiazepines and other depressants.”

Also have a go at rinsing your nose if you get the chance, ideally with salt water, though this is understandably pretty hard to come by at a festival so maybe just do it when you get home. Also, to relieve any nausea drink peppermint or ginger tea and suck on a mint.

To ease a comedown on speed, try some of these methods – as recommended by Sesh Safety: 5g of vitamin C, 10g of melatonin, magnesium citrate and valerian or lemon balm extract.

The melatonin helps inhibit sleep, so if you're worried about a sleepless night in a hot tent after taking speed, buy some of this and bring it to the festival with you. It's pretty commonly taken by people who have trouble sleeping so don't worry about getting it past security.

Also, if you can get to one, try and take a warm shower. This might be pretty difficult in the dutty festival so if all else fails, relaxing breathing techniques also help.

LSD is a hallucinogenic so if you're on a bad trip, find somewhere quiet and calm and make sure you have someone to take care of you. If you're really freaking out, the emergency tent will take care of you – don't worry about them calling festival security or anything, they're just there to help you.

LSD doesn't have a comedown as such, but you might feel a bit weird. To try and ease yourself through this, keep hydrated and eat nutrient rich foods. That includes potatoes, garlic and kale. It also includes shellfish and salmon but they're considerably harder to come by in a festival environment. No one should be eating festival shellfish anyway.

Callan Reynolds, Sean McDonald and Pierce Fox from Sesh Safety say: “Due to the extended duration of action it is important to get some sleep after the hallucinations have subsided, from there healthy eating and nothing to stressful to deal with can make the entire experience more positive.

“It can be a number of weeks before a trip is fully integrated, so it is best to avoid consuming more drugs until the trip is fully processed.”

• How to sleep after a big sesh, according to what you've taken

• Every lame politician who admitted to doing drugs at uni