These are the unis everyone’s dropping out of

Nobody wants to stay at Queen Mary

Every student at every uni has thought about it at one point, but which Russell Group uni do the most students drop out from?

As part of the Guardian's University league table 2020, they've calculated the percentage of first years who don't make it to second year.

Glasgow and Queen Mary have the highest drop out rates among the UK's elite institutions, with seven per cent leaving before second year.

Meanwhile, only one per cent of Oxford and Cambridge students drop out. 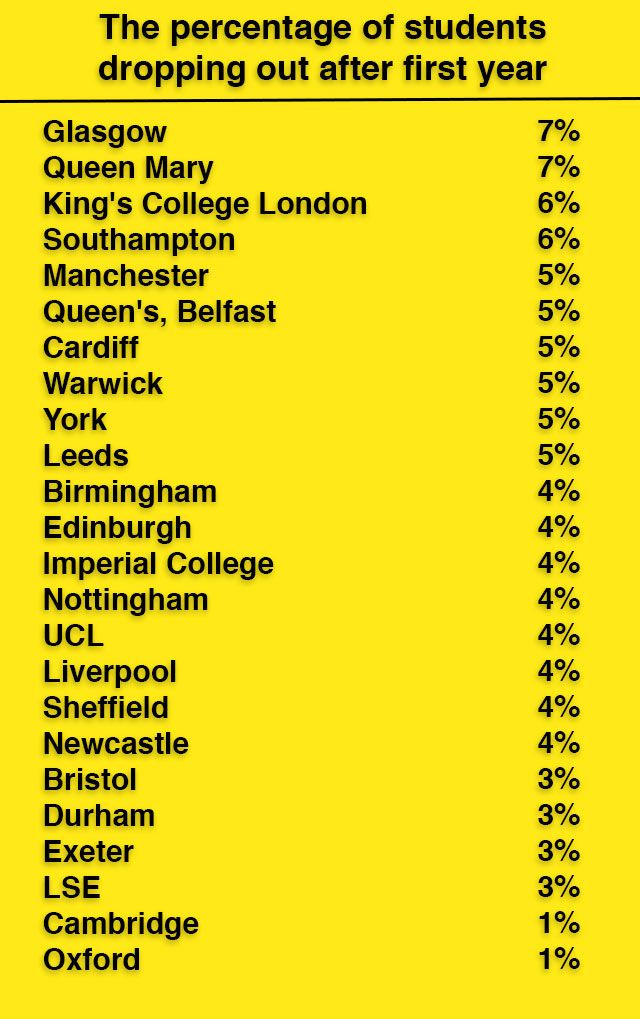 However, writing in The Times, the head of the Office for Students, said: "We do not accept that argument." Instead, she blamed poor teaching and courses for high drop-out rates.