It’s time to admit that Love Island’s Joe is being creepy, controlling and toxic

Another year, another entitled man on Love Island. Joe Garratt, who has been coupled up with Lucie since day one, is being called creepy and controlling by viewers over his treatment of Lucie. And I'm sorry but it's kinda true.

Are we *really* going to watch a controlling man on television for 10 weeks @loveisland? Joe clearly exhibiting signs of emotional manipulation over Lucie – not nice to see. Where is the support team now? #LoveIsland

In the beginning of the series, people pointed out the red flags in Joe's behaviour because he got angry at Lucie for being asked to go on a date with Tommy, even though she had zero choice in the matter.

He had only known her for two days at this point and was already making her feel guilty for wanting to have a choice in who she dates. Lucie got really upset over the situation, to the point where it made her cry.

Everyone was making memes about Joe, likening him to the fictional serial killing psychopath Joe Goldberg from Netflix's "You." But it's all fun and games until people realise that Joe's behaviour is ringing actual alarm bells and someone needs to have a serious word with him.

how tommy's gonna end up if he doesn't stop talking to lucie when joe is watching ? #loveisland pic.twitter.com/SrG9G1DE2w

It's very clear he's a little insecure and it's unimaginable what a place like Love Island can do to someone's psyche, but the way he's been behaving towards Lucie has been unacceptable and an uncomfortable watch at best.

This all seemed to have died down in the past week until last night, when he started telling Lucie who she can and can't be friends with in the villa. He told her "I think it's time to get close to the girls" as though she wasn't allowed male friends, when it's literally none of his business. His treatment of her has become more controlling than we've seen before.

Two nights ago Joe said to Lucie: "I can't change you and don't want to change you Lucie", but just last night he told another Islander: "I hope today is the day she woke up and she will change." This isn't normal!!! They've barely been together for two weeks!!!

Joe is a walking red flag. You wouldn’t be cool for someone you’re seeing to have male friends? LOL who asked for your permission anyway #LoveIsland

Not only has he told her who she can and can't hang out with, he's been jealous whenever she's got any attention from any of the other boys. He told her he wasn't happy about her friendship with Tommy and called it really weird, when loads of the girls and boys are friends with each other. And the worst part? As far as we know, he hasn't uttered a single word about it to Tommy and has instead opted to manipulate and upset Lucie by trying to end her friendship with Tommy instead.

He makes it out like he wants Lucie to be closer with the girls and help resolve "the issues" surrounding Amy and the rest of the girl group, but I see it as him trying to get her further away from the other boys. 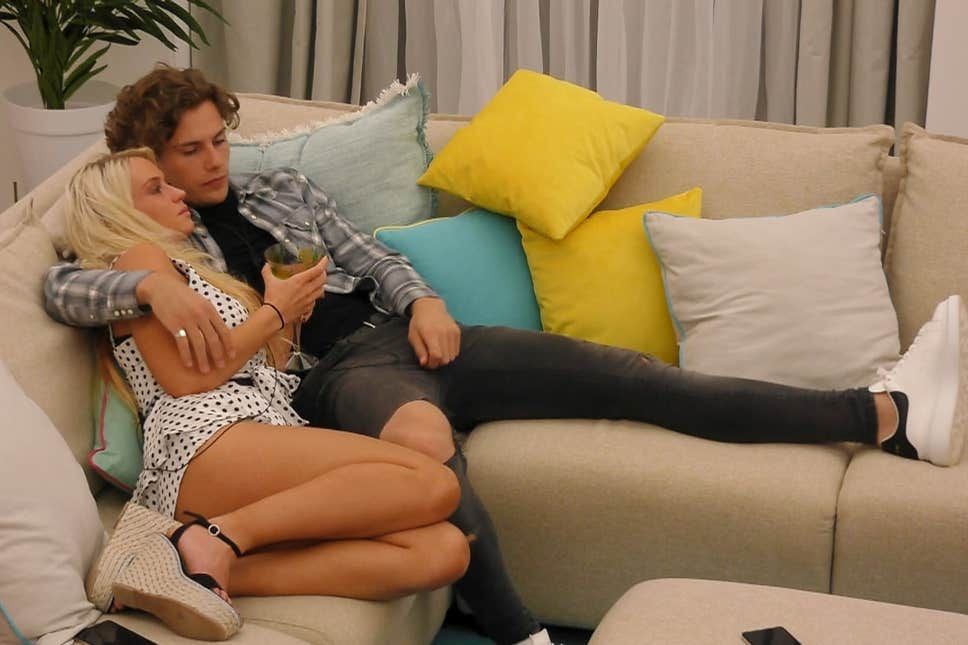 He seems to have been talking to other people about his issues with Lucie, instead of properly addressing them with her. Anyone can see that this has made her feel more isolated from other people in the villa and probably made her feel crazy for feeling suffocated.

He probably means well but when he's telling her she's "far too pretty to cry" or that he doesn't want her "make-up to run", he's low-key gas lighting her. Sometimes being overly-caring is a soft form of control, because it still stops her from feeling the freedom to express her emotions.

The pressure of Love Island clearly brings out the worst in people and it's important to note we only see the curated, most dramatic parts of a 24-hour day. But the bits of Joe that we have seen? They're alarming.

• Meet Jordan and Tom: The newest boys to enter the Love Island Villa