People are calling for him to be removed from the cast

The pictures, originally uploaded to the Facebook page of the gym he owns, show him on a Halloween night out dressed as Mr T.

He’s wearing a fake Mohawk, large jewellery, and dungarees. The photos have since been removed.

People are now calling for Anton to be axed from the show ahead of its launch episode tonight. His mother has since said there was "absolutely no racist intent" behind the picture.

love island hasn't even started yet and i'm already cancelling anton for doing blackface, that ain't it luv pic.twitter.com/MuNUJGQ8kS

The Twitter user who exposed the pictures said: “Get him off the fucking cast. I can guarantee none of us want this racist prick on our screens.”

A friend of Anton's told The Sun on Sunday: "Anton likes to be the life and soul of the party and his idea of having fun is having all the attention on him.

“He was proud of the effort he put in to the costume. He just thought it would be a good laugh.”

Anton's mum made a statement: "Given that Anton has no right to reply, I wanted to take the opportunity to assure everyone that my son, who himself is mixed heritage, is not a racist.

"As his mother I know he would be mortified to be labelled in such a way, and would whole heartedly apologise to anyone offended by this picture. There was absolutely no racist intent and almost six years down the line, I know it’s not the way Anton would ever behave today."

Former Islander Marcel Sommerville said: “Blackface was a form of entertainment that comedians and actors used to do. But we all know it’s just not funny and simply not acceptable any more." 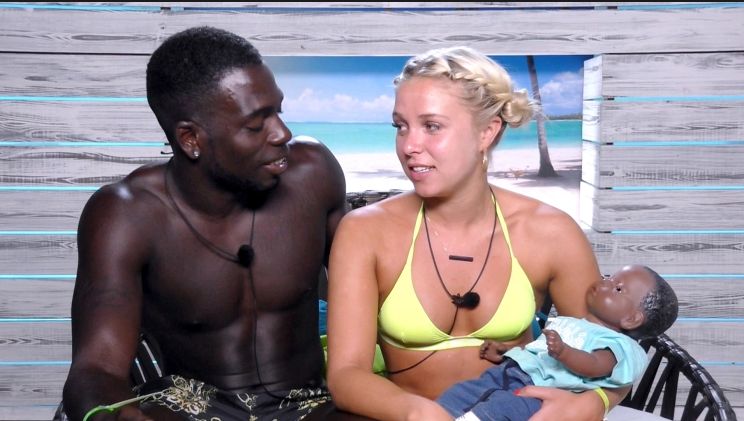 He continued: “In my opinion it hasn’t been acceptable for decades, so to hear that someone still thinks it’s OK to make fun of people’s skin colour is absolutely ridiculous. It’s racist, and for him to stay on the show now with no repercussions is not OK.”

Love Island has been criticised in the past for its treatment of black contestants. Last year it was revealed Samira Mighty was given less screen time than her white co-stars.

In his into VT for the show, Anton described himself as a "smooth operator." He claimed to have been thrown out of his family home for bringing girls home. He said "the final straw" was his mum walking into his room to see two girls in his bed.

Anton also said he's cheated on all his girlfriends, and wants to enter the villa to see if he can "stay loyal".

• Exclusive: Cardiff student blacked up for a house party and says it wasn’t racist