This is the second honorary degree he has lost

The Sultan of Brunei is returning his honorary degree from Oxford University following protests after he introduced the death penalty for gay sex.

After agreeing to review the degree in April, Oxford contacted the Sultan "asking for his views", to which the Sultan responded with "his decision to return the degree."

Last month, the Sultan announced he would be implementing Sharia Law in Brunei, by which adultery and gay sex would be punishable by death, and thieves would face amputation. A petition urging the University to rescind the law degree, originally awarded in 1993, was launched in April. It was signed by nearly 120,000 people. 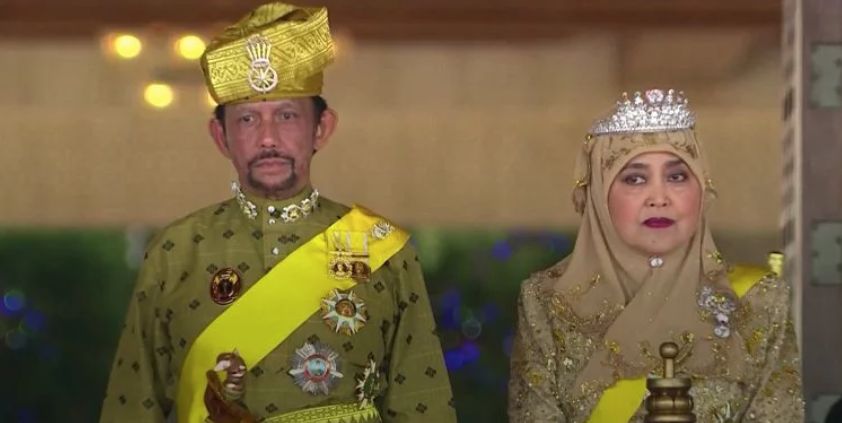 A spokesperson for the University said: "As part of the review process, the University wrote to notify the Sultan on 26 April 2019, asking for his views by 7 June 2019.

“Through a letter dated 6 May 2019, the Sultan replied with his decision to return the degree."

Hassanal Bolkiah is one of the world's richest leaders, and has an estimated wealth of £15 billion. He has been Sultan since 1967.

The Sultan announced in 2013 that Sharia Law would be implemented in Brunei, however it was not until April 2019 that the law was fully implemented. The Sultan later claimed penal code changes would not involve the death penalty.

Three British universities have awarded the Sultan honorary degrees in the past. In addition to the Oxford degree, the Sultan was also given an honorary Doctor of Letters from Aberdeen University, and an honorary doctorate in Law from King's College London.

Aberdeen became the first British university to revoke a degree awarded to Bolkiah in April – two weeks after they announced they would review it. A spokesperson for the University said: "The University of Aberdeen is proud of our foundational purpose of being open to all and dedicated to the pursuit of truth in the service of others.

"The introduction by the Sultan of the new Penal Code is contrary to our strong commitment to the value of diversity and inclusion."

King's claims to be in the process of reviewing a degree awarded to Bolkiah in 2012 after twice refusing to do so. They are the only university yet to rescind an honorary degree given to the Sultan. A petition urging King's to do so has passed 5,000 signatures. One of the Bolkiah's 12 children, Prince Mateen, is a King's graduate.

King's College London have been approached for further comment.

Many celebrities have spoken out against the Sultan's implementation of Sharia Law, including George Clooney, Ellen Degeneres, and Elton John. Many are boycotting luxury hotels with links to the country, and urging others to do the same.