Channel 4 has commissioned Big Talk Productions and Popper Pictures to produce a sixth series of the critically-acclaimed and multi-award winning comedy. And all of our fav characters (apart from Wilson RIP) are back!!!

Here's everything we know about Friday Night Dinner series six. 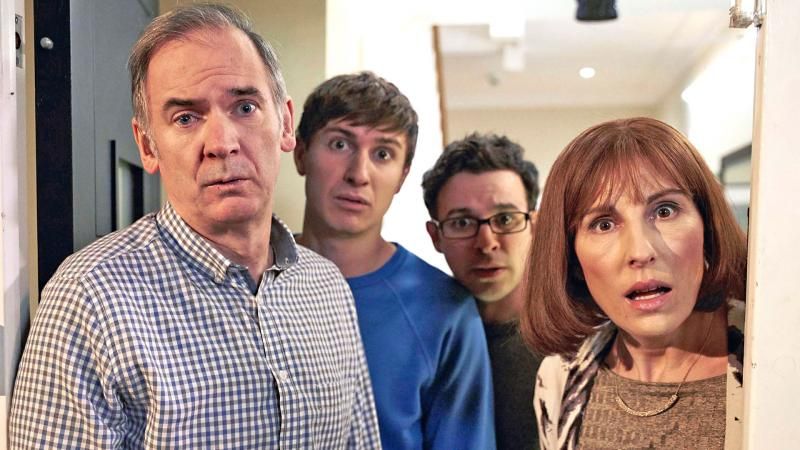 Who will be in the Friday Night Dinner series six cast?

Channel 4 has confirmed Tamsin Greig, Paul Ritter, Simon Bird and Tom Rosenthal will be returning as the Goodman Family, and Mark Heap will be back as Jim.

This means Jonny and Adam will be back playing pranks, Jackie will probably still look nice, and Martin will definitely be too hot. And of course, Jim will still be the weirdest man on television.

Kenton Allen, Big Talk CEO said: "Friday Night Dinner has grown into a monster hit for Channel 4 and it's incredibly exciting to see the audience growing every season as new viewers fall in love with the antics of the Goodman household. It’s also incredible that Robert [the show's writer and producer] has singlehandedly written and produced all 31 episodes so far, which must make him one of the most prolific comedy writer/producers working today. We’re incredibly grateful to Channel 4 for letting him have another go. Fingers crossed!" 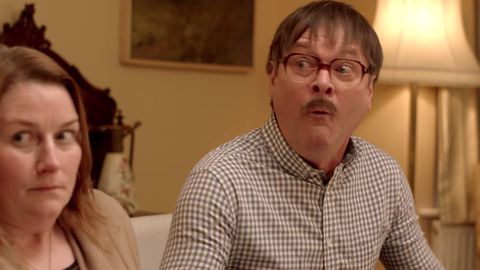 When is the start date of Friday Night Dinner series six?

The official start date for the new series has not yet been confirmed, but Channel 4 has said the series will be filmed in late 2019 and then be released next year.

How many episodes will be in Friday Night Dinner series six?

There will be six episodes in this series all together.

Will the new series be on Netflix?

Currently, there are only three series of Friday Night Dinner available to stream on Netflix. It hasn't been confirmed if the new series will be uploaded to the site. SHIT ON IT.

• Quiz: Which Friday Night Dinner character are you?

• If Brooklyn 99 characters went to a British uni, this is what they’d be like