I’m a sinner and I don’t even care

Last night saw the end of Fleabag. It's been named as the most electrifying, devastating TV in years, and something all girls should be watching – but it hasn't been renewed for a third series. So that's it, the finale. But one thing that will never leave me is the priest in Fleabag. He is so hot it's a sin, and it seems like the whole world has fallen for him, understandably.

The priest, played by Andrew Scott, has been nicknamed online as "The Hot Priest" and it's not difficult to see why. There are actual, scientific theories as to why we fancy members of the Catholic church. They are the ultimate forbidden fruit. Grazia reported last week, Google searches for ‘can priests get married?’ spiked 170% following the a Fleabag episode. Priests can't get married, so just the challenge of getting with one gets people going, and that's without the connotations of someone being known as "Father". He says in the BBC Three drama himself: "Fuck you calling me Father like it doesn't turn you on just to say it." 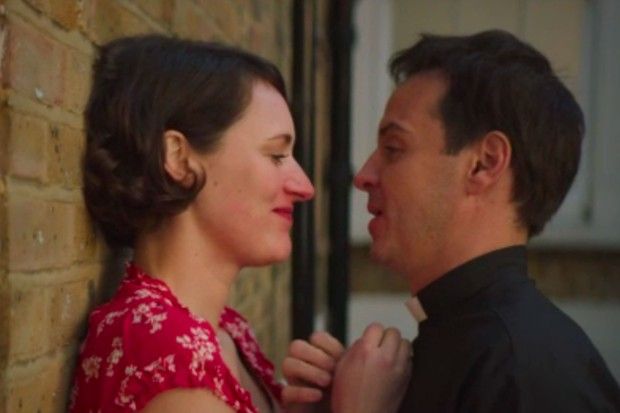 Name me a hotter scene in British television

These 14 reactions to the priest in Fleabag are so unholy, they're sending us all to hell. According to the actual Bible, 14 is the number of spiritual perfection. So 14 reactions to this fit, heavenly, stereotype defying angel of a man must be fate.

1. The initial realisation that yes, the priest in Fleabag is all kinds of fire

2. WE'RE ALL IN LOVE, AND WE'RE ALL SINNERS TOGETHER

Is ANYONE not in love with Andrew Scott

3. I mean, you should wash your mouth out after those unholy words

Phoebe Waller-bridge appreciation tweet. Fleabag series 2. Shitting hell!
When that priest said ‘kneel’ my Vagina exploded in a way a man has never quite been able to achieve.

4. We know we can't, but everyone deserves a hot priest in their life

5. God must be real if men like this exist

6. We don't care if appreciating him is weird. When I die, put this on my grave stone:

The priest’s love speech was so bang-on, I typed it out. I’m so blown away by its beauty, I don’t even care that that’s a weird thing to do. I might even print it out and put it in a frame. One that’s got ‘Live, Laugh, Love’ on it. Don’t give a shit. #Fleabag made me do it. pic.twitter.com/Ccckmzlzni

7. THE PRIEST IN FLEABAG IS AN IMPORTANT DISCUSSION TO HAVE

What on Earth is there left to say in another PM's statement? "Today I met with Her Majesty the Queen, and we agreed we both really fancy the priest in Fleabag…" pic.twitter.com/0NhPiMEbPt

8. The priest x fit model dad meme cross over is so wrong, but so right

My dad is 42, pursuing a modeling career, and I’ve never seen him happier. He told me he’s just waiting for a chance to blow up. So, Twitter, meet my dad.#fleabag #fleabagpriest #priest pic.twitter.com/M6SHN3iA8S

I suppose he is a Father???? Twitter meet my dad is a beautiful meme concept, and so is he.

9. FUCK BREXIT IT'S ALL ABOUT HOT PRIESTS NOW

Fleabag > Brexit. (Seriously if the hot priest can change his principles so can MPs)

Pretty sure at least 75% of the female population currently feel like they are in a blossoming relationship with a priest. #fleabag

i would fuck that Fleabag priest in a heartbeat pic.twitter.com/Sdvm9nRk9r 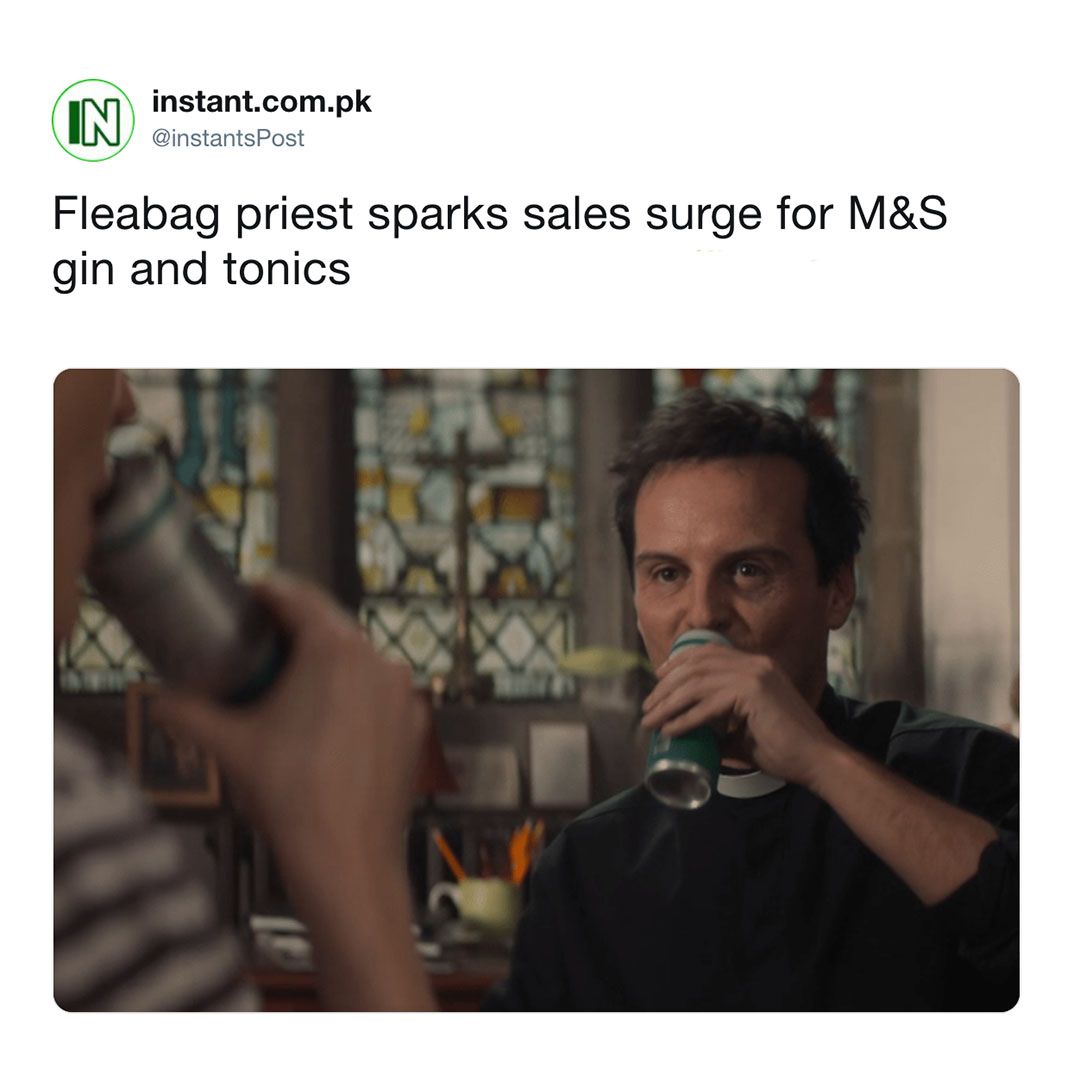 Speaking of #Fleabag, I don’t know who it was who said that Andrew Scott is a man who looks like both Ant and Dec at the same time, but you can’t ever unsee something like that. pic.twitter.com/3GQVeFv1y8

• Why every girl should be watching Fleabag

• Fleabag will not be returning for a third series