Cardi B is actually trying to trademark ‘Okurrr’, but what does it even mean?

By now, everyone knows who Cardi B is. But do you know about her famous word, Okurrr? Well you should learn it and use it quick, because soon the US rapper wants the word to be her own. Yep, Cardi B has filed to trademark it.

She wants the law to recognise she is the one that made the word big, so she's trademarking it of course. According to Rolling Stone, the rapper has filed an application to trademark the word, making it officially belong to her. In addition to "Okurrr," she is also claiming "Okurr" – two Rs. Apparently, she wants to reserve the right to use the phrase on all merchandise, including posters, t-shirts, sweatshirts, jackets, footwear, hats, and everything else you could think of. The application has been made through Cardi B's company, Washpoppin Inc.

Here's a quick lesson on everything Okurrr, so you don't get FOMO for not knowing what it is, or just so you can get your use out of it before it's a Cardi B™.

What does 'Okurrr' mean? 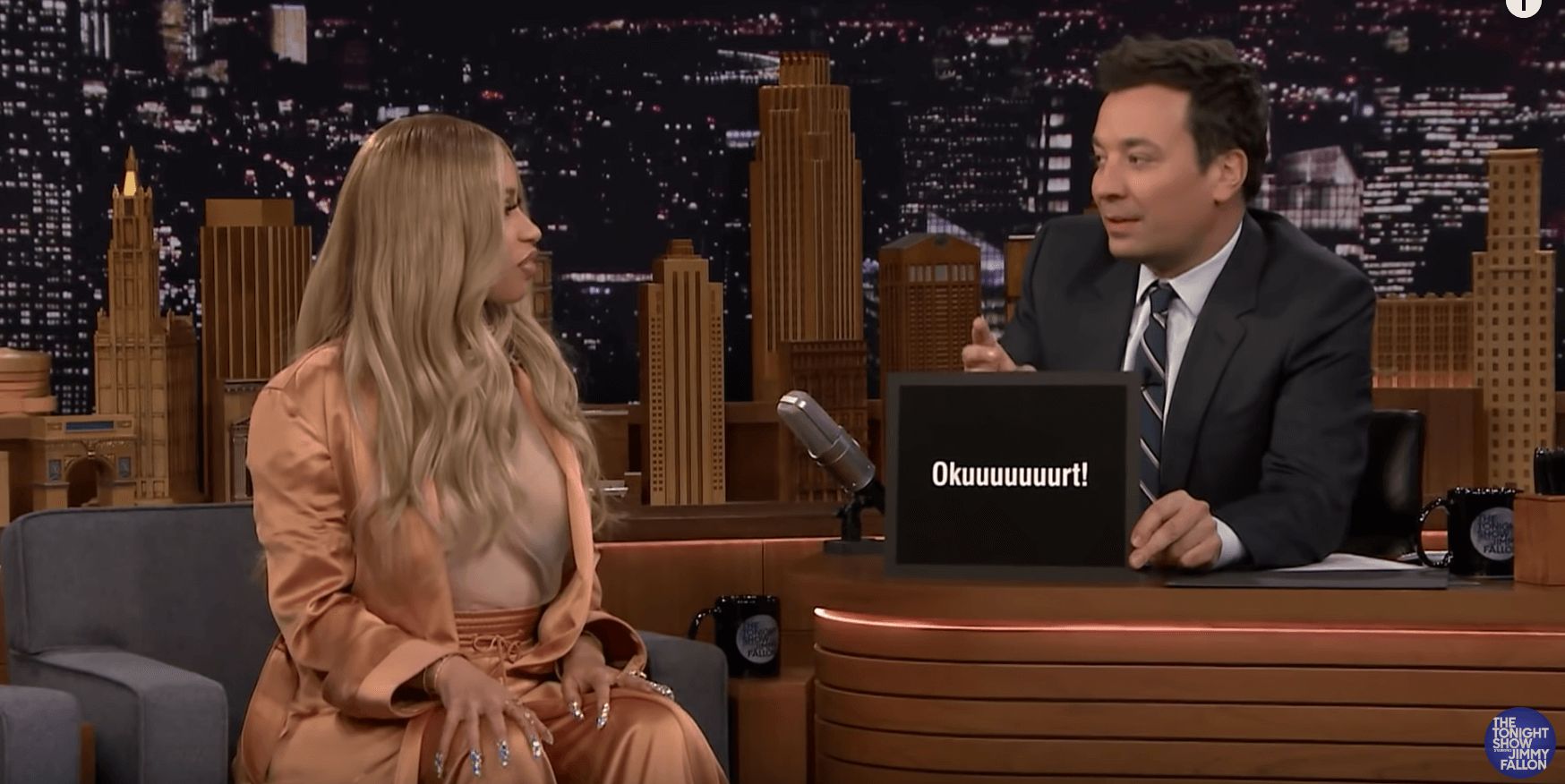 Cardi B went on Jimmy Fallon and defined Okurrr

Basically, Okurrr is just how Cardi B says the word "OK" – in a high-pitch voice and with rolled Rs. If you want to say ok, but saying it normally just isn't enough, and you want to make sure the sass really comes across – Okurrr is the phrase for you.

Where did the word come from?

Cardi B can't honestly claim she invented the word, but she is the one that made it a thing. She's used it in loads of her performances, she even went on Jimmy Fallon to explain it to the world, and it was the basis for a Pepsi ad she starred in that aired during the Super Bowl this year. Yeah, kinda understandable why she's claiming it as her thing.

Hold on, did Cardi B steal 'Okurrr'?

This is where it gets a little more interesting. There's mass debate on social media about the origin of the word, and people are calling Cardi B out saying she STOLE IT.

Cardi B even admitted on Twitter, she heard the word from Khloe Kardashian, and has been addicted to it ever since. Others say it was drag queens and RuPaul's Drag Race that actually started it. Who can we believe?!

Sorry to interject Love ya Cardi, but I couldn't let Kardashian culture vultures steal yet another thing.. My drag friends were saying 'okurr' like wha? 7 yrs ago!

The funny thing is that yes Khloe was saying Okurrr before Cardi but honestly where do y’all think she got it from? Black culture. Y’all really think she made that up?

Well whoever started it remains unknown, but Cardi B is still claiming it as hers and putting her name to it.

Need an 'Okurrr' demonstration? Here's Cardi B herself explaining it on Jimmy Fallon

In the video, Cardi B explains all of her best known catchphrases. Skip to 5.09 to see her explain and demonstrate 'Okurrr'.

• Here are all the photos from the Kendall Jenner Calvin Klein advert, and wow