Now this is something I can get behind

Last week, Netflix announced plans to create more interactive shows on the platform, following the recent success of the Black Mirror episode, Bandersnatch. And it looks like they're not going to all be doom and gloom like Black Mirror, as the first interactive series to be announced is a new Bear Grylls interactive Netflix show, called You vs Wild.

In the show, viewers will be able to make decisions for Bear Grylls, taking control of adventures. Think does he jump off this mountain, should he drink his own piss to survive, should he eat this unidentified bug kinda choices.

Anyway, here's all the information you need about the new Bear Grylls interactive Netflix show. 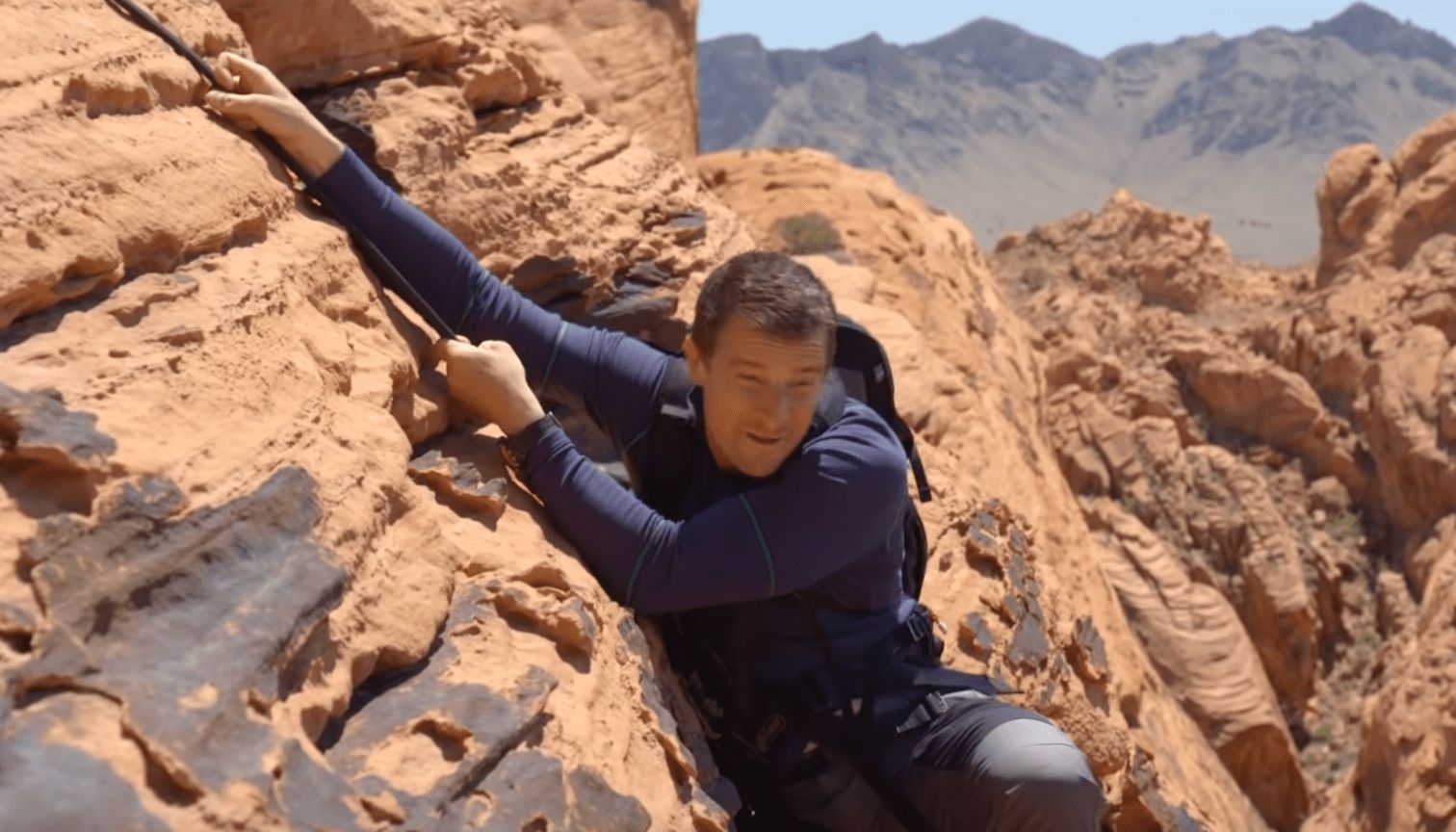 Are you going to be the one to tell Bear Grylls to let go of the rope?

Everything we know about the Bear Grylls interactive Netflix show

The show is called You vs Wild, and is hosted by British adventurer, Bear Grylls. It is an eight episode Netflix original series, airing next month.

The show has been directed by Ben Simms, and has Bear Grylls, Chris Grant, Drew Buckley, Ben Silverman, Howard Owens, Rob Buchta and Delbert Shoopman among its producers.

In the trailer, if you chose to answer Bear Grylls' FaceTime, because yes – it's interactive, he says: "You're going to be in charge, so get packing, get ready – because every jungle, desert, mountain that I'm in, every decision is your decision."

If you then decide to take him up on his offer of helping him through the show, it's framed as the viewer being in a battle of survival with Bear. On the Netflix site, the show is described as an interactive series that allows you to "make decisions to help Bear Grylls survive, thrive and complete missions in the harshest environments on Earth."

When is the You vs Wild release date on Netflix?

Here is the trailer for You vs Wild:

Yep, you guessed it, the trailer is interactive too.

Bear Grylls also tweeted a teaser video of the show, captioned: "Check this out! So proud to deliver a world first. #YOUvsWILD, The first fully interactive adventure show! This @netflix Interactive Series launches on Wednesday 10th April. YOUR choices are now the key to my survival. YOU are in charge. Please choose wisely."

Check this out! So proud to deliver a world first. #YOUvsWILD, The first fully interactive adventure show! This @netflix Interactive Series launches on Wednesday 10th April. YOUR choices are now the key to my survival. YOU are in charge. Please choose wisely. pic.twitter.com/c0A224OE4D

• Meet Will Poulter, the Bristol dropout starring in the latest episode of Black Mirror