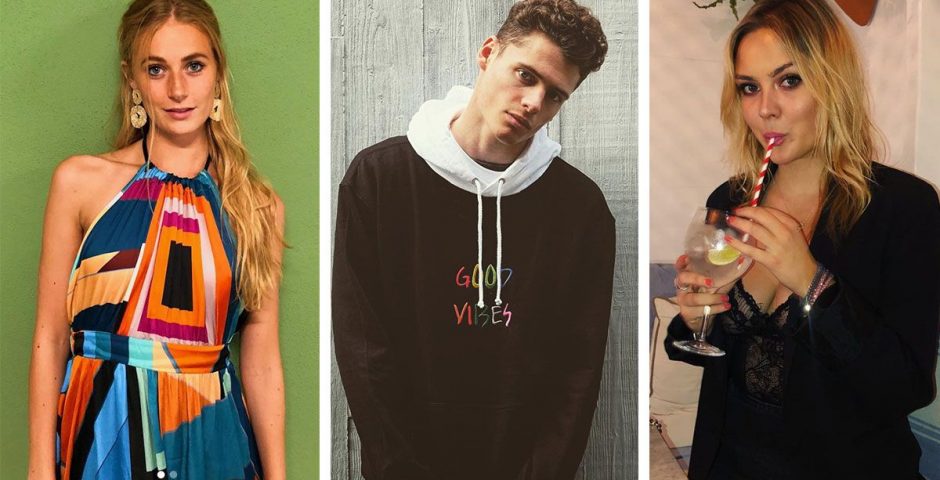 Two of them are Miles’ exes, surprise

It's that time of year again where Made in Chelsea returns to our screens. Made in Chelsea series 17 is officially here, and the new trailer video teased at SEVEN newbies. So now is the time to meet them all and find out who they are. Here is a rundown of all of the Made in Chelsea new cast members.

Made in Chelsea – Meet the New Cast

It seems everyone knows everyone in Chelsea! These fresh faces are bringing *plenty* of new drama to the table tonight at 9pm on E4 ?

Oh and in the teaser video Jamie Laing says that two of them are Miles' exes, of course.

Meet the Made in Chelsea new cast for series 17 here: 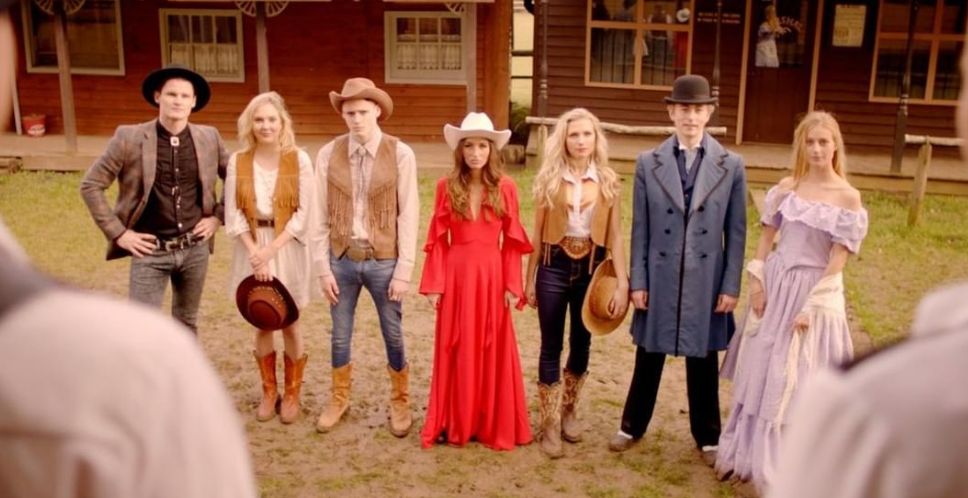 All the new cast members

Amelia is one of the newest members of the MIC cast, joining for 2019. She's from Bournemouth (not Chelsea???), and went to Richmond University in London.

Her Instagram makes it clear she's a bit of a party girl, and is settling into Chelsea life well, checking into The Bluebird – which is a favourite with the cast.

According to her Facebook, she's a recruitment manager, chalet host and a photographer.

She also looks to be pretty cosy with fellow newbie, Angus Findlay. They post photos together and comment on each other's Instas a lot.

Soirée with me babe

Amelia already has a highlight named "MIC" on her Instagram page.

Mental health day ? always try spread positivity into the lives around you it can make more of an impact than you think. #itsokaytonotbeokay Hoodie: @tjsmclothing

20-year-old Angus will also be joining Made in Chelsea series 17. He's a model and a second year Television Production student at Bournemouth University.

Stay tuned for the rest of the series ? "he's a bit of a dish though"

If you think Angus looks a bit familiar, that's because this isn't the first time he's dabbled in the world of Made in Chelsea. He went on a date with Georgia "Toff" Toffolo on Celebs Go Dating last year. He was scouted for the show, and said yes because he thought it would be beneficial to his future career – which it obviously has been. He was on the show for a few episodes, and Toff did call him a "bit of a dish", she wasn't lying.

Angus obviously fits into BU student life very well, checking into student hotspots like Propaganda, Cameo and MyU, Snakebite Sundays at Walkabout and Turtle Bay. There's also tagged pictures of him at halls on his Instagram.

Verity Bowditch is also part of the Made in Chelsea new cast. She studied Biomedical Sciences at King's College London. She's from London, and according to her LinkedIn is a Sales Executive and Account Manager in the city.

She was part of the Polo society, Law society and Biomedical Science society whilst at uni. She goes skiing, out for cocktails, to festivals and her Instagram is 90 per cent HUJIs – she's fun.

She's obviously got history with the cast, in the trailer for the new series she is seen pinning up a sign that says "Wanted James Taylor". ?

Rosi Mai will also be part of the Made in Chelsea new cast for series 17. According to her Facebook profile, she studied History of Art at The Courtauld Institute of Art, London.

If her Instagram is anything to go by, she's a bit of a traveller – checking into luxury destinations such as St Tropez, Ibiza, Bordeaux and Marbella.

Not all of the Made in Chelsea new cast are students, the rest are:

Ollie Buck is from London, and he plays rugby so he may as well be a uni boy.

His life looks very Made in Chelsea, checking in all around the world and driving Range Rovers. He's also got old pictures of him with Digby, so he obviously knows the cast!!!

He's also got a LOT of photos with dogs on his Instagram. He was already quite fit, but this makes him so much fitter.

Such a little lady ?

Maeva is definitely going to be the newbie that causes a stir. On her Instagram she says she's "a hot-tempered bitch" and a "Calamity Jane", so expect drama and lots of it where she's concerned.

Her social media really doesn't give anything away, so she's a complete mystery.

I tell you, mister, if there’s anything good about being a hot-tempered bitch, it’s knowing right well what buttons to push in others seeing as they’re the same ones what get your own back up- Calamity Jane ?? @e4chelsea #madeinchelsea

Freddie describes himself as a born and bred Borough boy, not quite Chelsea but I guess it's close enough.

All that you can tell from Freddie's social media is that he loves the sesh, so he should be great fun to watch. He also might be an adult Harry Potter fan which is …fun?

Use the force harry – Gandalf

The new series of Made in Chelsea starts on Monday 25th March at 9pm, on E4.

• Say hello to Angus Findlay, the Bournemouth student joining Made In Chelsea

• Who is Verity Bowditch? KCL grad and Made in Chelsea newbie