Megan and Wes are SEXTING and she posted a screenshot on her Insta at 3am!!!

Megan and Wes' break up was one of the most dramatic things to happen in 2019. But almost two months after they called it quits, Megan posted a screenshot of them sexting this weekend.

She also did this at 3am, so I'm assuming it was a bit of a drunken mistake.

Basically it all started when Wes posted this thirst trap on his Instagram, captioning it "Starve your distractions feed your focus."

The caption is open to interpretation, but you could be forgiven for thinking he's talking about Megan being a distraction from his career and the endless Dancing On Ice rehearsals.

Starve your distractions feed your focus ??

Megan then commented underneath: "Swear this is the exact same picture you sent me? After asking me to fuck myself for you… really starving that distraction ???." 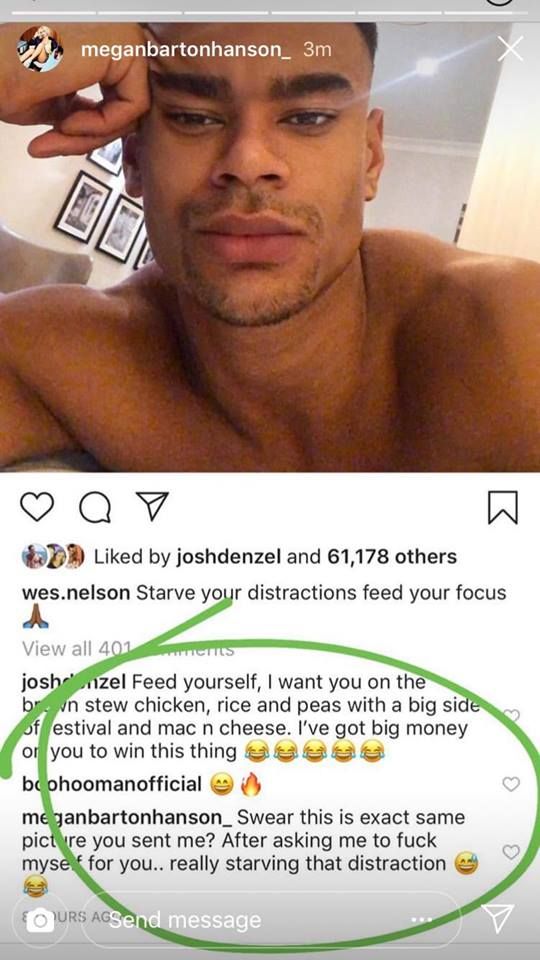 And in fairness to Megan, she posted the comment at 3am.

But it doesn't end there. She then proceeded to post a screenshot of Wes sexting her on her Instagram story. 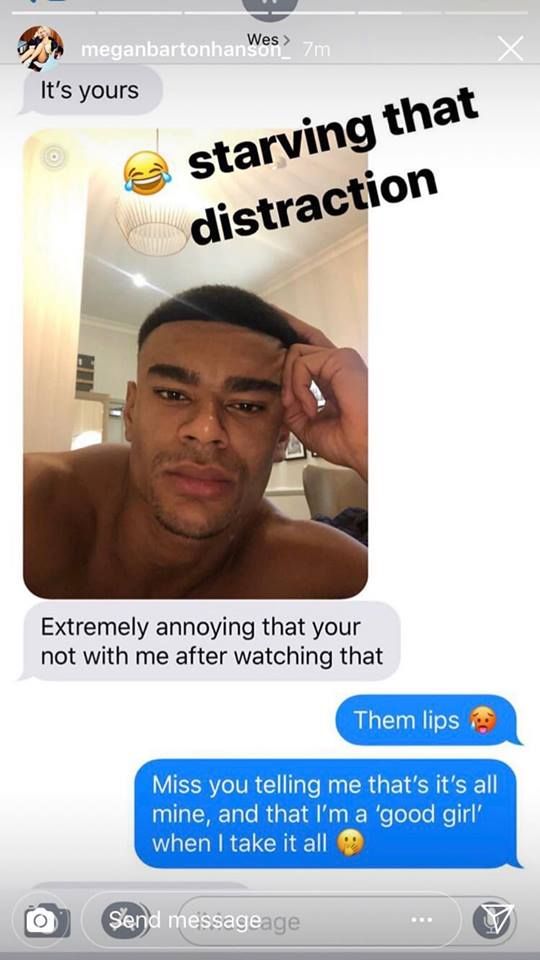 In the screenshot, Wes messaged her saying "it's yours" and sent her a selfie.

He wrote: "Extremely annoying that your not with me after watching that."

Megan replied: "Them lips. Miss you telling me that it's all mine, and that I'm a 'good girl' when I take it all." ?

And even though Megan has deleted all evidence of her doing this, people have posted the screenshots on Twitter.

I’m just making sure everyone caught a glimpse at Love Island’s Megan shaming Wes on Instagram during the night ? The joys of time difference *now deleted* pic.twitter.com/vwicSxUGqN

This news comes after Wes opened up about his break up with Megan on Dancing on Ice.

On Saturday's show he said: "Me and Megs we had a really, really good bond and it makes me upset now to talk about it but it isn't great and it was really, really difficult at the time" and broke down into tears.

After the emotional outburst and the sexting, could the favourite Love Island couple be getting back together? ?