The uni have also suspended a lecturer amid the controversy

Over 200 students at the University of Essex voted against the proposal of a creating a Jewish Society within the universities Students Union.

In response, Essex uni have suspended a member of staff following the incident, and committed to create a Jewish Society at the uni.

After 36 per cent of voters – over 200 students at the university – voted "no" to the question "should there be a Jewish Society?", the Union of Jewish Students have called the decision "simply shocking".

The students proposing for the creation of the society said that Jewish Society would help deliver "a quality Jewish experience on campus" and "allow Jewish students to have their on the campus community".

UJS statement on incidents at the University of Essex pic.twitter.com/6QQhpfexZR

Dr Maaruf Ali, a Computer and Electronics professor at Essex, had expressed his open opposition to the proposed Jewish Society publicly on Facebook.

On a public Facebook post on the University of Essex Freshers' Page 2018-2019, Dr Ali reacted to the proposal of creating a Jewish Society, stating that “the Zionists next want to create a society here at our university!”

Dr Ali also shared a quote from Edgar J Steele, a criminal attorney who penned a book titled "Defensive Racism: An Unapologetic Examination of Racial Differences", alleging false figures of the number of "survivors" after the Holocaust. 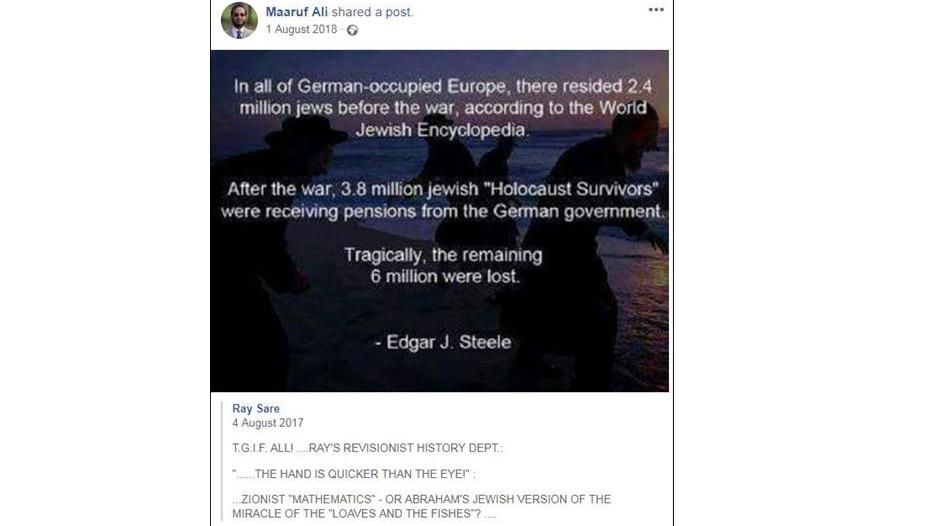 On his now-deleted Facebook account, Dr Ali shared photo's propagating conspiracy theories of the 'Zionist media' and dubious plans of Israel to “expel 36000 Palestinians from the Negev (a desert region in south Israel).”

He previously shared a photo on Facebook stating that "50K Jews protest[ed] Israel" in March of 2016 in New York City, but there being "a total mainstream media blackout" caused "by the Zionist mafia". 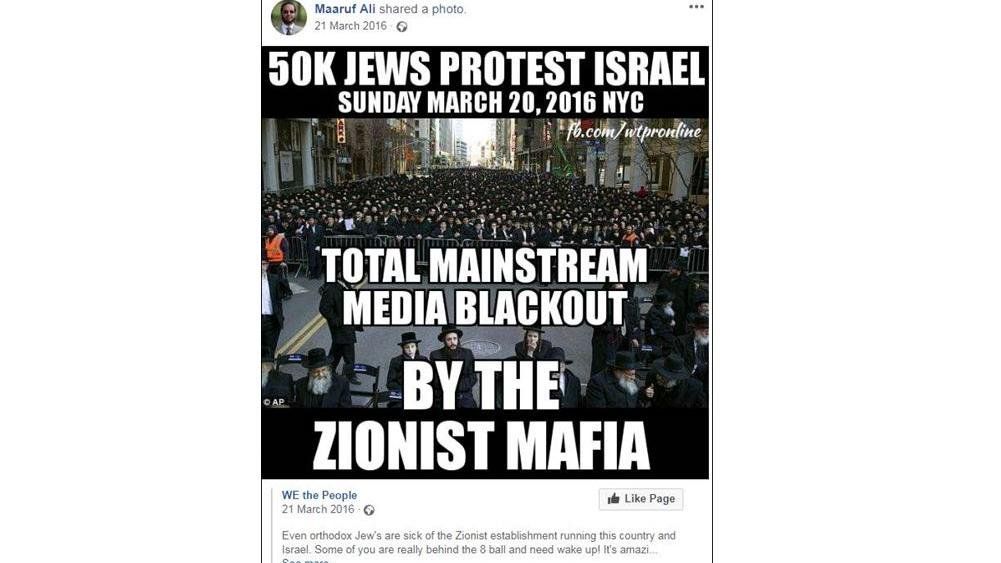 In addition to suspending a member of staff pending an investigation, Essex are launching a review to "ensure that we provide unequivocal support to our Jewish students and staff." They are also holding a "public event on Thursday February 28 at 1pm, in support of our Jewish community, to which staff, students and members of the public are invited."

Daniel Kosky, UJS Campaigns Organiser, said: "The posts shared by Essex lecturer Dr Ali are disgusting. Antisemitism has no place on our campuses, let alone from those teaching in academic institutions.

"We are taking the comments made by Dr Ali very seriously and expect the strongest possible sanction by the university against a staff member who has engaged in racist hate speech and discrimination."

"Ali has shared blatant antisemitism on his Facebook, including Holocaust denial, Israel-Nazi comparisons and conspiracy theories about 'Zionist media'."

A commitment to equality and diversity is absolutely central to the work of @Uni_of_Essex We aim to be an inclusive and diverse community that is open to all. This guides everything we do as a university. pic.twitter.com/eqCVu2D9UR

A spokesperson for the University of Essex Students' Union stated: "We expect staff, students and visitors to be treated, and to treat each other, with dignity and respect. The ratification process has been a focus for strong debate.

"As a university, we promote debate and deliberation of controversial issues and, within the limits of the law, encourage students and staff to express views with rigour and conviction.

"Alongside our commitment to freedom of speech, we also have clear guidelines for student and staff conduct and we have zero tolerance towards harassment or hate crime and will always take appropriate and proportionate action.

“We are looking into the allegations as a matter of urgency in accordance with our zero tolerance policy.”

Essex's Vice Chancellor said: “To see the University of Essex associated with antisemitism has been a deeply shocking event and one which has filled me with great sadness.

"Antisemitism is antithetical to the values of the University of Essex and has no place at our University. We have a zero tolerance approach to harassment and hate crime which is at the very core of our values and beliefs. We are proud to subscribe to the working definition of antisemitism produced by the International Holocaust Remembrance Alliance (IHRA).

"Recent events have shown me we still have work to do, and I am announcing a series of immediate actions to tackle all forms of antisemitism within our community."