Pictures emerge of Jack with a ket spoon AND Dani moves out of their flat!!!

As if this week wasn't already hard enough for Jack Fincham, with him all of a sudden discovering he has a love for cocaine (?) last Saturday night. Now, in probably the least shocking news ever, there are also pictures of him surrounding himself with other drugs such as ket, nos and weed!! And to add insult to injury, Dani Dyer is currently moving out of the flat they both share.

He's clearly been to a few festivals with friends from many years ago, but for The Sun, it means they've stumbled across an absolute goldmine of drug related content on his Instagram.

In a picture of him from 2016, he poses with his brother and a girl. His brother is wearing a ket spoon around his neck, while Jack stares at the screen, wide eyed. Mental!! 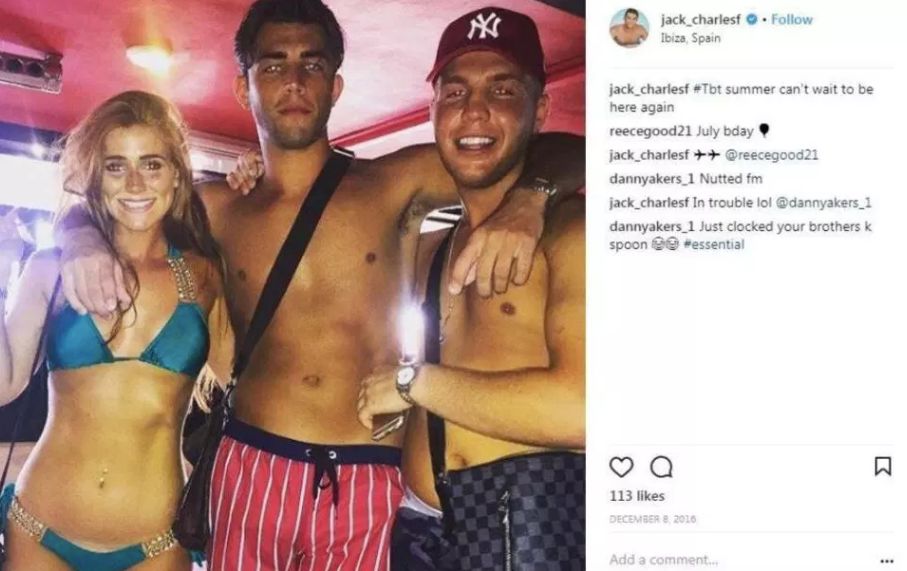 Another photo shows Jack doing a balloon while his friend looks away from the camera, terrified. (To be fair, I do actually want to know if his friend is okay.) 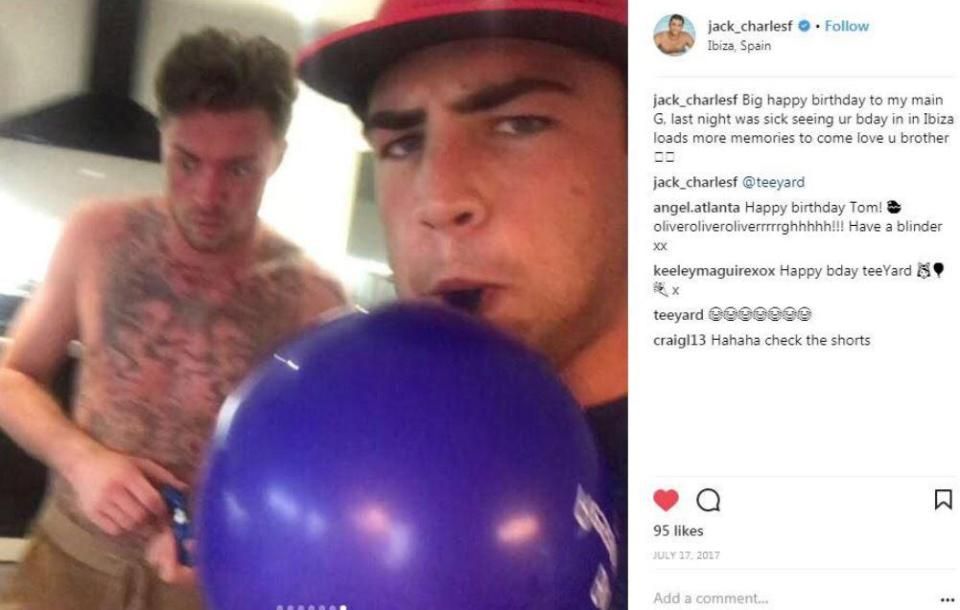 In a photo of him and a friend, where they both wear offensively ugly snapbacks (RIP. 2012), his brother commented "lidded up from early." Which to Sun readers means "extremely high off marijuana" from an early age. 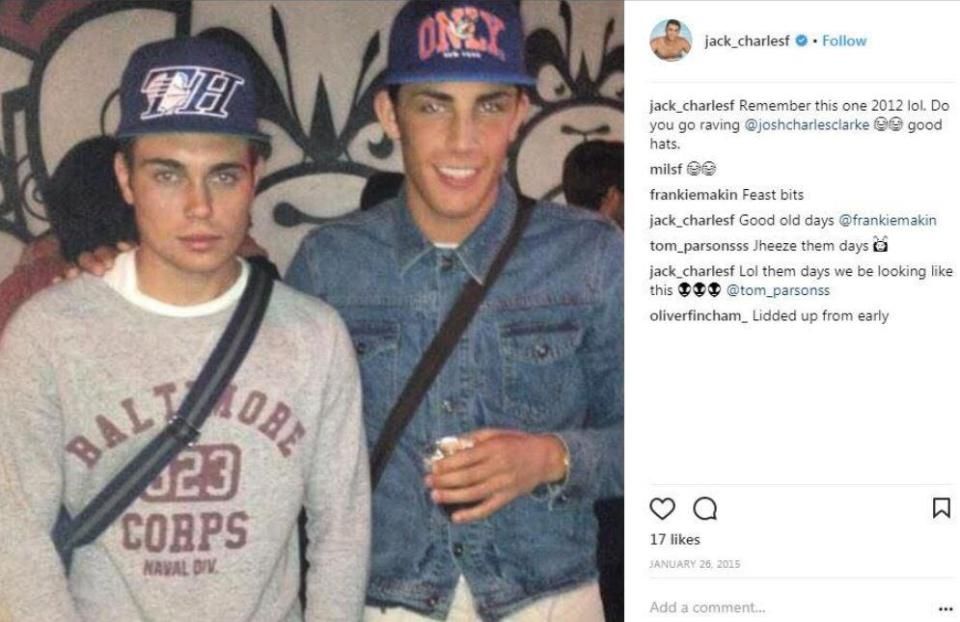 In another tame picture at a bart, his brother comments "good kush", which can only mean Jack and all of his friends who look exactly the same as him, must have had some good weed that night. 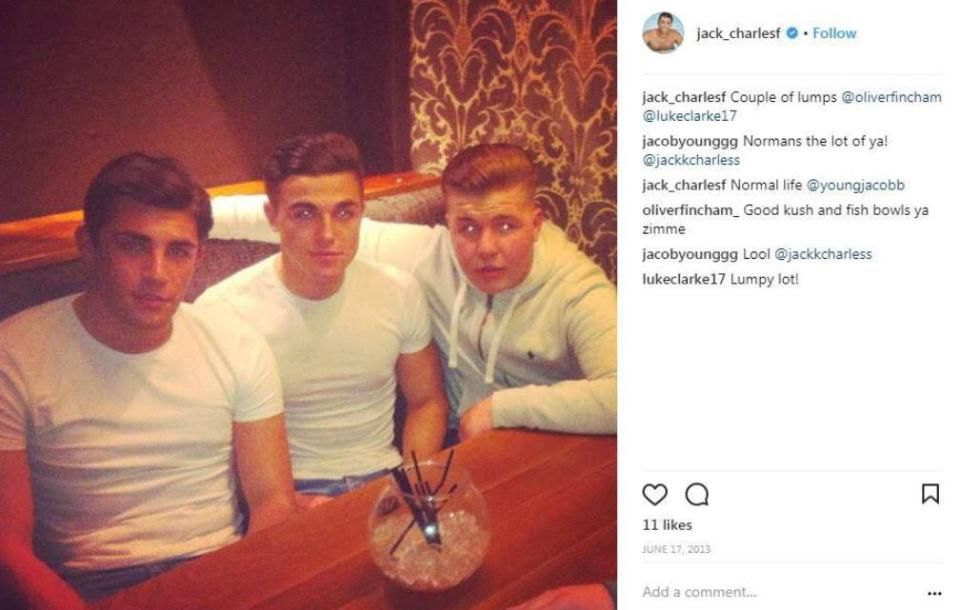 And in the biggest reach of all, The Sun said this photo Jack posted in 2013 glorifies Johnny Depp in the movie blow, where he plays an American cocaine smuggler.

Anyway, after all this bad press, Dani and her parents have been furious at Jack. Insiders close to Dani said: "To say she and her family are furious is an understatement.

“Her mum Jo is particularly mad and has told Dani she needs to take a break from him as he isn’t good for the family brand or Dani’s future.

We ended our night with chicken nuggets and talking shit?. Had the best night last night @jack_charlesf I love you and so grateful we can share these experiences together♥️ @officialntas ✨✨

"As a couple Jack and Dani have been on such a journey together, but this latest news has left her shocked and heartbroken.

"Dani is away on her Comic Relief trip so Jack only told her over the phone after the event so she didn’t have to read it online."

See the things is with us girls. We are invincible we can change the world✨✨ beautiful souls and beautiful faces. Thankyou for showing me so much love and so much kindness and how strong you girls are. Please keep going things are changing and things are getting better. ?

The added: “She has agreed to see him to talk when she is back, but wants some space and her family have asked her to come back home.

“Jo has gone in today to get some of her stuff and to take it back ready for when she lands later this week.”

Uh oh, is another break up on the cards?

• Love Island’s Jack had a big cokey night in Kent, but says he absolutely regrets it