*Googles how to transfer uni*

Most students apply to university because they believe it will be financially worthwhile in the future. Certain unis give their graduates a higher prospect of better salaries after graduation, and a new study has found out which ones they are. So, which university graduates earn the most?

Graduates from top unis such as LSE and Oxbridge make on average much more money than graduates from other, non Russell Group unis. There is also still a huge gap in the earnings of female and male graduates.

These are the unis most likely to make you rich, based on the average salary of graduates five years after their graduation: 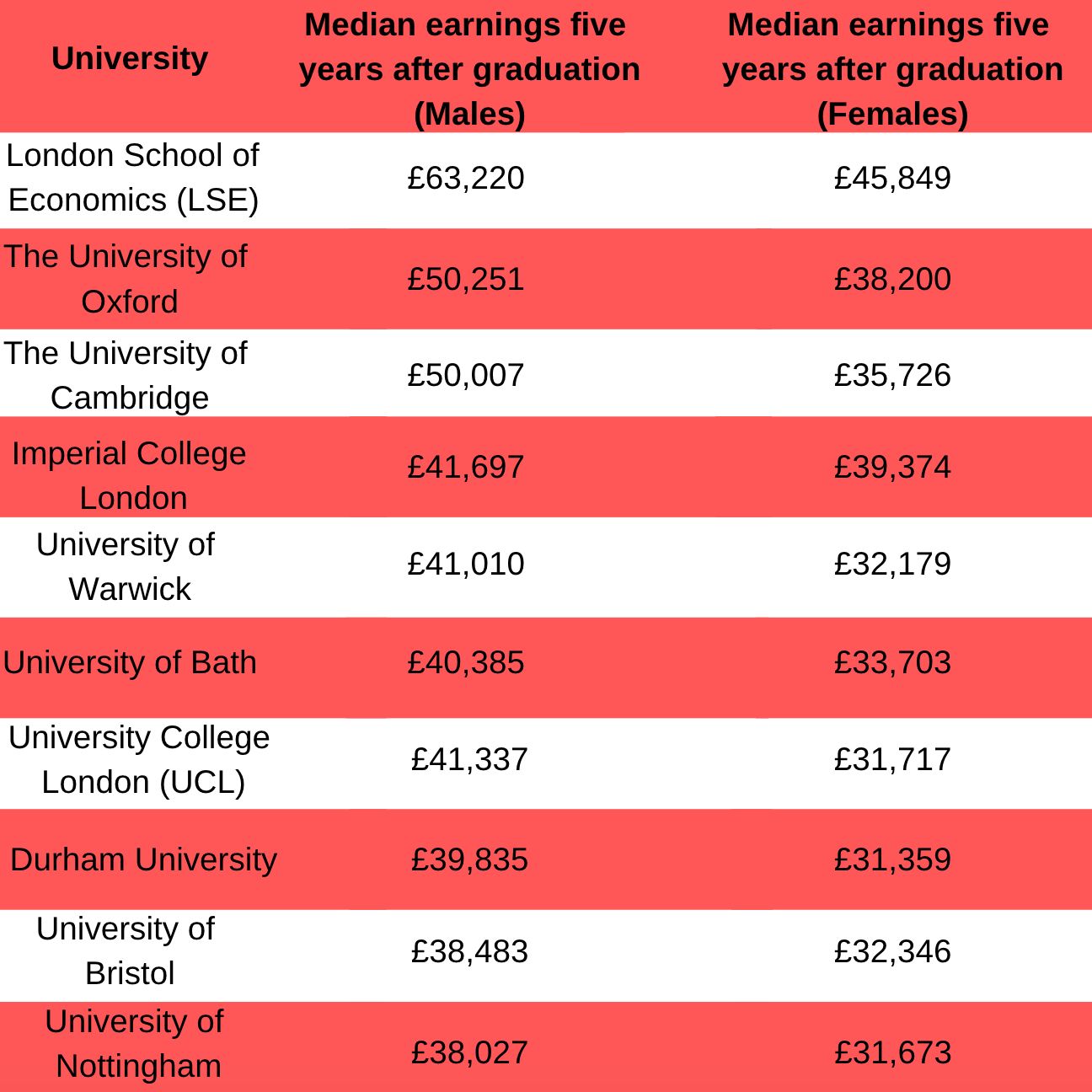 It's no surprise that the top universities that are much harder to get into at end up being the ones with the highest graduate earnings. Topping the uni rich list is the London School of Economics (LSE) where male graduates can expect to be earning around £63,000 five years after graduating.

Unis that just missed a top 10 spot include Manchester and Newcastle, where male graduates earn around £32,000 and females around £28,000.

The bottom of the class is The Royal College of Music, where their female graduates earn on average just £12,675 five years after graduating.

• Ye Olde Uni League: Which British University is the most ancient?

• These are the degrees that will officially get you a job after uni, hooray!