You can now buy vegan pigs in blankets and they actually taste good!

Don’t mind me, just gonna eat them all

It's been a good week for Vegans. First, Greggs announced they're going to trial vegan sausage rolls next year and now Morrisons have released vegan pigs in blankets!

The plant-based version is meant to replace the traditional pigs in blankets made with sausage and bacon covering them. 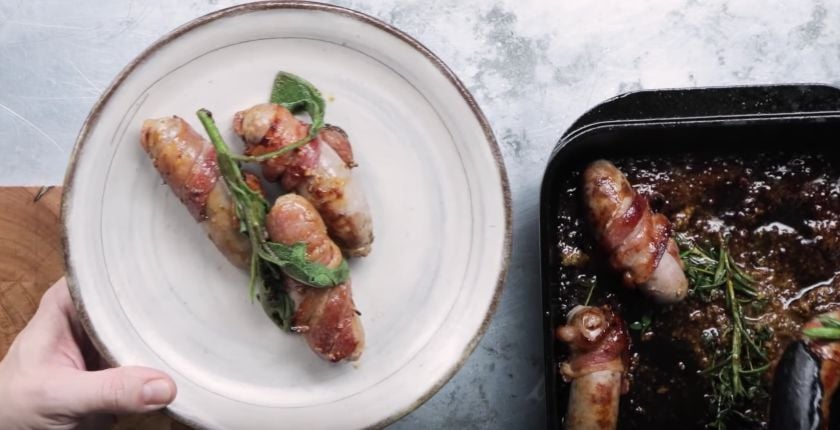 The vegan alternative is made out of a blend of tomato, potato, mushroom and basic. And the "sausage" is wrapped in a slice of aubergine.

Finally, vegans and vegetarians will be able eat the best dish of the whole Christmas dinner:

But some people aren't too convinced:

I’m not tryna be a dick but anything wrapped in aubergine is an actual punishment https://t.co/H2VkEFfqDs

“We’ve listened to customers who are looking for more plant-based options over the festive period and created a vegan version.”

• Nine easy vegan recipes to try, so you can boast about going vegan ‘that one time’