Top unis are spending millions on disadvantaged students, so why are they admitting fewer of them?

Top universities are failing to boost their intake of disadvantaged students despite spending almost £800 million a year on attracting undergraduates from disadvantaged backgrounds. 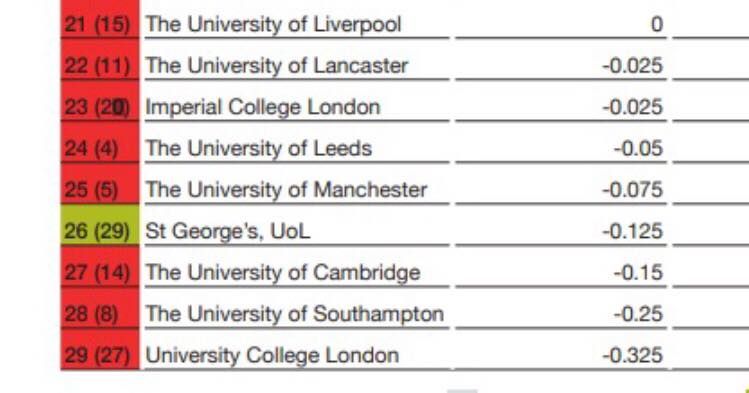 Whilst Liverpool has neither increased nor decreased its intake, that's six Russell Group universities taking less disadvantaged students than the previous year.

Leeds spent more than £20 million towards social mobility in 2016/2017, less than the £21 million they spent during each of the prior two academic years, and saw a 0.05 per cent decrease in the number of disadvantaged students enrolled.

Cambridge spent nearly £6 million on access programmes last year yet were third from bottom in the ranking. The percentage of students from "low-participation neighbourhoods" has remained stagnant, dropping slightly from 3.1 per cent in 2009-10 to 3 per cent in 2009-10.

Our recent investigation revealed 18 Cambridge colleges admitted less than five students from disadvantaged postcodes per year on average over the past three years. Grime artist Stormzy also launched a scholarship to fund two black students to study at Cambridge this year.

I am very very very proud to announce the launch of my new scholarship “The Stormzy Scholarship” in partnership with Cambridge University. With this scholarship we will be funding and covering the full tuition and maintenance for 2 black students this year and 2 black students in 2019 to study at Cambridge University. We as a minority are still heavily under represented at the top universities and I pray this scholarship serves as a reminder that we are more than capable of studying at places of this caliber. Congratulations to all the A-Level students getting their results today, be proud of yourselves despite what you got and overstand that this is only the tip of the iceberg for what’s to come! This is my proudest venture thus far and I look forward to seeing some young black geniuses go on to achieve at Cambridge via this scholarship. @cambridgeuniversity www.cam.ac.uk/stormzyscholarship for all info. Applications close on Thursday 30th August! #StormzyScholarship ❤️????

When looking at the unis who are seeing increases in the number of disadvantaged students they are admitting, only seven of the 29 institutions are hitting their targets as set by the Higher Education Statistics Agency. This means less than one quarter of universities included in the study are meeting targets for widening the admissions of disadvantaged students.

The three universities who have increased the percentage of disadvantaged students at their institutions the most are LSE, Newcastle and Sheffield. These are, however, all increases of less than one per cent. 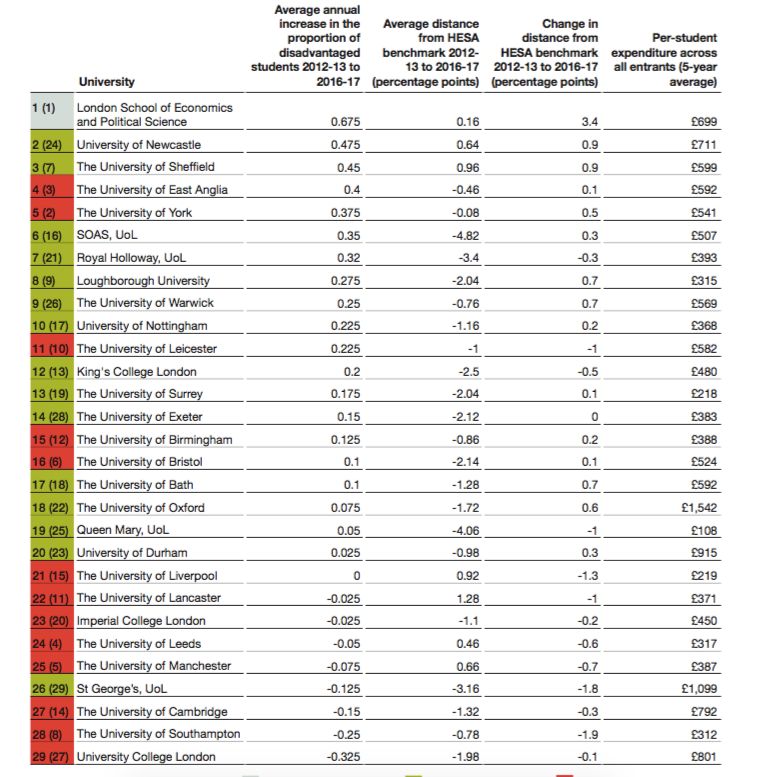 LSE were praised for "improving against their benchmark", which reflects "the successful use of contextualised admissions". Contextualised admissions mean universities take into consideration factors such as attending a lower-performing school or being a care leaver, in order to determine whether to offer a student a place.

The study also notes some considerable shifts in universities performances, with Newcastle rising to second in 2016-17 from 24th in 2012-13, meanwhile Southampton have sunk from 8th to 28th over the same period. HESA also point out that despite their low ranking, Lancaster has a comparatively high percentage of students from low-participation neighbourhoods.

A privileged school leaver is 10 times more likely to get into a top uni than the person sitting opposite them, according to UCAS statistics. Ten times.

This piece is part of The Tab's 10x campaign, which is trying to change that statistic.

Please get in touch by emailing [email protected] if you’ve got a 10x campaign story that universities need to hear.

A UCL spokesperson told The Tab: "UCL is committed to increasing access to students from areas of high financial and social deprivation and although we have made good progress, we recognise that we need to do more.

"Every year, we invest over £4million in supporting students from low income backgrounds to raise attainment and widen participation at UCL.

"Using the index of Multiple Deprivation, a government measure that covers seven aspects of deprivation across England, we have seen our intake from the most deprived areas in England rise from 7.8 per cent to 12.4 per cent over the last four years. Around 25 per cent of our UK undergraduate students come from families where their household income is under £25,000 and with new initiatives in place, we hope to see this figure rise further.

"Earlier this year, we launched Access UCL which gives students from disadvantaged areas contextual offers of admission of up to two grades lower and we will be welcoming the first cohort of Access UCL students to study at UCL in September 2019."

A University of Southampton spokesperson told The Tab: "We are proud of our record in supporting access, participation and success for students from all backgrounds. The proportion of our students from disadvantaged backgrounds has increased since 2011, with a particularly successful year in 2012/13.

"We were one of the first universities to introduce contextual admissions where we give additional consideration to the achievements of students who have been in care, attended a lower performing school or live in a neighbourhood with low participation in higher education. Last year, two-thirds of applicants who met at least one of these criteria received an offer from us. The Reform report says that we have the most thorough approach to this of all the universities they looked at."

"As the report notes, POLAR takes no account of factors such as household income and socio-economic background, and so by itself is not a good indicator of disadvantage. The collegiate University is currently exploring innovative ways of helping disadvantaged and under-represented groups access the institution."

Lancaster, Leeds, Imperial, Manchester and St George's were all contacted for comment.