If you were a “gifted” or smart kid from a deprived or underprivileged area in the UK, then you probably know the process for applying to Oxbridge all too well. At some point around GCSE time, one of your teachers might mention Oxford or Cambridge as a distant goal. Maybe a well-meaning admissions officer from Oxbridge came to give a talk, explaining it didn’t matter where you came from, as long as you worked hard and did well. You imagined it, hardly daring to. Oxbridge was another world. It was misty spires, and Latin, and Stephen Fry on QI. Could it really be possible that even if you had no money you could get there, just on the basis of being clever?

Yes it’s possible. But it’s not likely. Oxbridge might talk platitudes about diversifying, but the sad truth is their interviews and admissions process set poor kids up to fail.

I was one of the so-called “clever” kids who was tipped for an Oxbridge admission after GCSEs. A nice lady from Oxbridge came to our school and said all the right things and made me believe I could do it. My school and background looked from the outside, quite posh. I went to an all girls grammar school which, I learned when I moved to London after uni, sounds like your standard privileged background, but in reality was non-fee paying, with admissions based on the 11+, and was on the Falls Road in West Belfast. I always joke to my friends that growing up we were “Victorian poor”. I never felt deprived or underprivileged and my parents made sure we never went without. But we never had a car, we never went on holiday, and both of my parents left school before sitting their GCSEs. I applied for that reason, because I wanted my parents to be able to boast: “My kid goes to Oxford”. 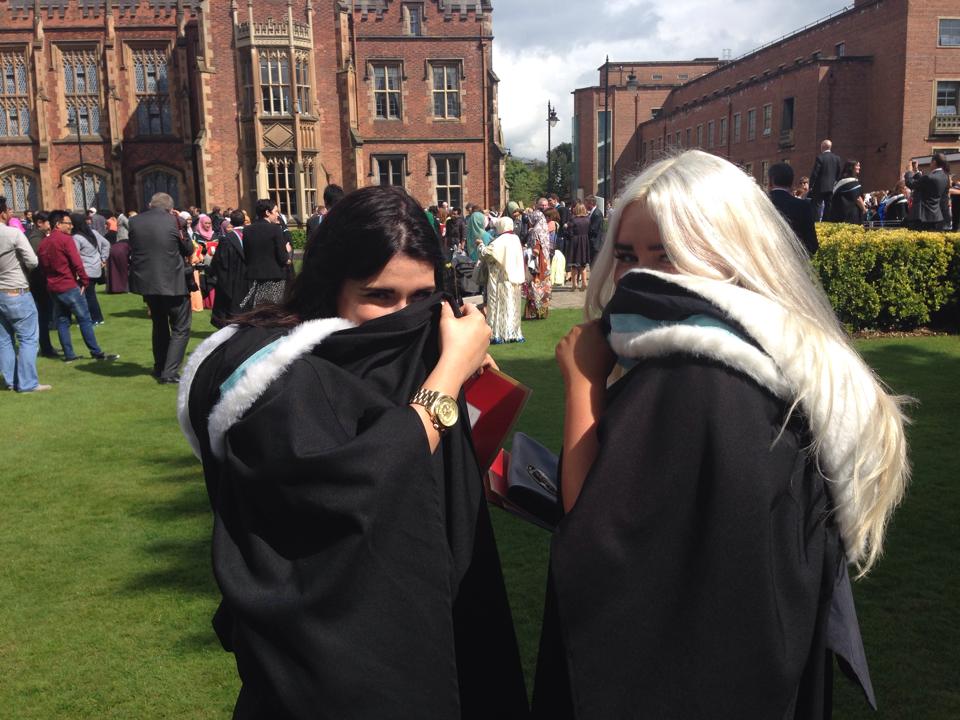 Me graduating (not from Oxbridge lol)

In the end, of around 100 sixth formers, only two of us interviewed for Oxbridge that year. We attended one rushed after-school private tutoring meeting (a teacher got her friend to give us some tips on what the interviews might be like while we sat in the school canteen) and our headteacher wrote us special recommendations. Neither of us got in.

When I arrived at New College I realised I was fucked. The process went like this: three separate interviews spaced out over the course of a day by three different academics. They were supposed to be all the weird, classic Oxbridge questions about your subject. My questions weren’t weird or kooky. I studied poems and then analysed them over three sessions that were 15 minutes each. The interviewers spoke over me when I tried to offer my responses. The whole process was pretty disappointing and over the course of the day I got more and more disheartened, which was reflected in my performance and answers, which became steadily more monosyllabic. After your interviews you either went home or were pooled, which is basically when you interview at another college who might admit you even if your chosen college won’t. I was not pooled.

All of the other kids I spoke to had been privately tutored, and on their advice had read extra books written by the people who would be interviewing us. It was hard not to feel pissed off and excluded, which was compounded by all of the pomp and ceremony of Oxford (we had a meal with opening prayers in Latin and I left early to sulk and eat Doritos in my room, feeling like an alien that had gone back in time). One academic answered his phone during my interview to take a call from his daughter. I felt so thoroughly excluded that in my last interview of the day, I barely spoke. When I faced my mum the next morning, knowing I’d sabotaged my chances when my flights had been so expensive, I felt terrible and lied through my teeth about it going well until I got my inevitable rejection.

I ended up studying at QUB instead, and (although everyone says this) I’m glad I didn’t get in. Who wants to spend three years as an outsider?

Other working class grads told me similar stories. Sofia Ferreira Santos, who studied at a sixth form with such a bad reputation it was recently shut down by Ofsted, applied in 2015 and noticed stark differences between state and private school kids. “The majority of people I spoke to at interview had lots of extra support,” she says. “My school had nothing.”

“I felt so shut out and unwelcome. I tried to socialise but was ignored. I really wanted to believe Oxford wasn’t like the stereotype and I was just as worthy as everyone else but the majority of other people interviewing were passive aggressive downright mean. When I tried to chat to them in the common room and was asked where I studied, one boy started laughing and called it ‘a retard school’. I was shut out from there on.”

Sofia, who studied at KCL, found the experience ostracising, alien and pretentious. “It’s very overwhelming if you’ve never been in that environment before”, she says. “Most working class kids will never have been somewhere like that before, but a lot of private school kids will. I was the only working-class girl and person of colour interviewing at my college. Everyone had the craziest, most privileged life and they weren’t even aware of it. Oxford was my dream, but I absolutely hated it and the whole experience really crushed me.”

“Oxford just interviews kids like me to say they’ve tried and we weren’t good enough. They just want to fill their quota.”

And their quotas aren’t even that good either. The Tab’s 10x campaign found that 18 Cambridge colleges admitted less than five students from disadvantaged postcodes over the past three years, and that in general, privileged students are 10 times more likely to advance to a top university. 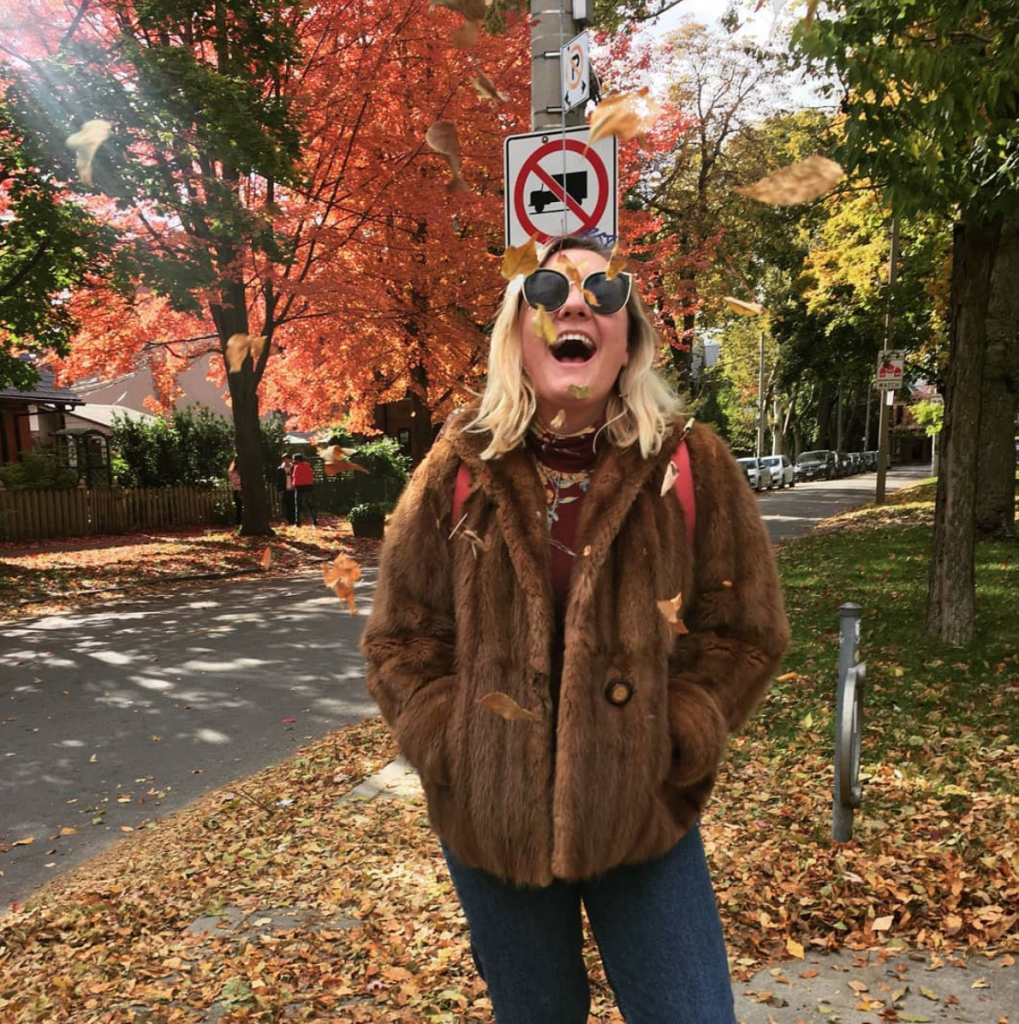 Evie Andrews also applied to study at Oxford in 2015, and says she also felt like “an outlier” without the privilege of extensive pre-interview coaching.

“I was so intimidated by the amount of received pronunciation being spoken, and I barely have a regional accent”, she says. “I left my last interview of the day crying. My posher friends seemed to blend in so seamlessly. I wasn’t exactly a sore thumb, but the sheer speed of their assimilation was fairly terrifying. A lot of them got in.

“Oxbridge was built by the upper echelons of society and its reputation is built on centuries and centuries of privilege, so inevitably it caters to rich students. People say Oxbridge are looking for a specific type of student, someone with intellectual confidence and the ability to think on the spot. But those skills aren’t innate, they’re learned. You can be just as intelligent and be from a rough comprehensive, but without the right academic influences, you don’t really have a chance. The playing field will never be level.”

If anyone needed the reassurance I would like to announce that I am having a Really Fun Year Abroad And Makings Loads And Loads Of Friends !

Whatever their admissions numbers say, the fact remains that private school kids are cherry picked for Oxbridge years before A Level and spend a fortune in tutoring to get them a head start. Any working class or BAME kids who get in start with a huge amount of pressure that those privileged kids don’t experience purely because they’ve been groomed and ready for it for so long. Poor kids at Oxbridge are branded “special” purely because they’ve managed to get to 18 without any academic fuck ups — a fate that never befalls privileged kids in the same way because of the huge institutional safety net set up for them from the moment they set foot in Year 8, or even before.

Oxford and Cambridge talk a big game about admitting more underprivileged and BAME students every year but the reality is the meritocracy they’re trying to convince us exists is still largely a myth.

To volunteer to become a mentor for Oxbridge hopefuls for Access Oxbridge click here. If you’d like to become a student volunteer for our partners IntoUniversity in their centres in disadvantaged areas nationwide, click here.

• These are the unis letting in the fewest state school pupils