Mat never thought uni was an option. Now he wants to put himself to the test

Mat just started year 11. On the weekends he rides his racing bike up the Essex coastline with his mates, stopping at a racing café to get a drink before looping back to Clacton-on-Sea, his hometown since the age of 3.

Shy in person, he expresses himself in short sentences and wry smiles, and generally seems like a normal 15-year-old boy – except in one respect: he wants to go to university. Which is weird around here, and also really hard.

He lives with his parents (his stepdad works on a caravan park and his mum in a factory) in a neighbourhood on the east edge of Clacton-on-Sea, near FC Clacton’s ground, just before the fields which stretch out to St Osyth and Jaywick. 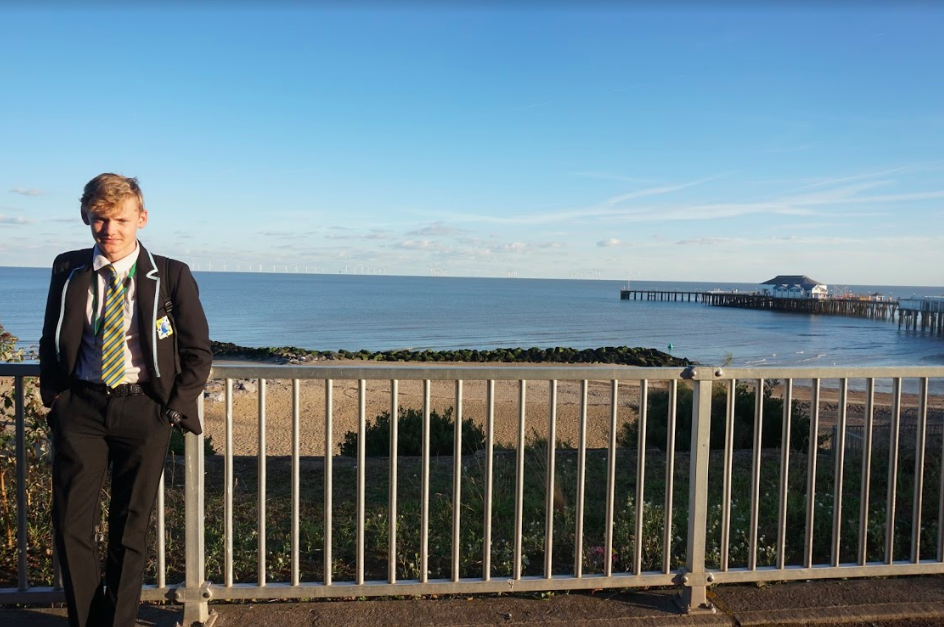 You might have seen Jaywick on the news – its prefabricated houses were built as holiday homes in the 1930s but many are now falling apart. The area has been assessed as one of the most deprived areas in England.

Clacton-on-Sea isn’t prosperous these days either. Once a popular seaside destination, it’s now best known for being one of two places in Britain to elect a UKIP MP. Despite being less than 90 minutes on the train from one of the wealthiest cities in the world, not many people from here work in London or have much contact with the capital.

And not many young people who grow up in Clacton end up leaving Clacton. 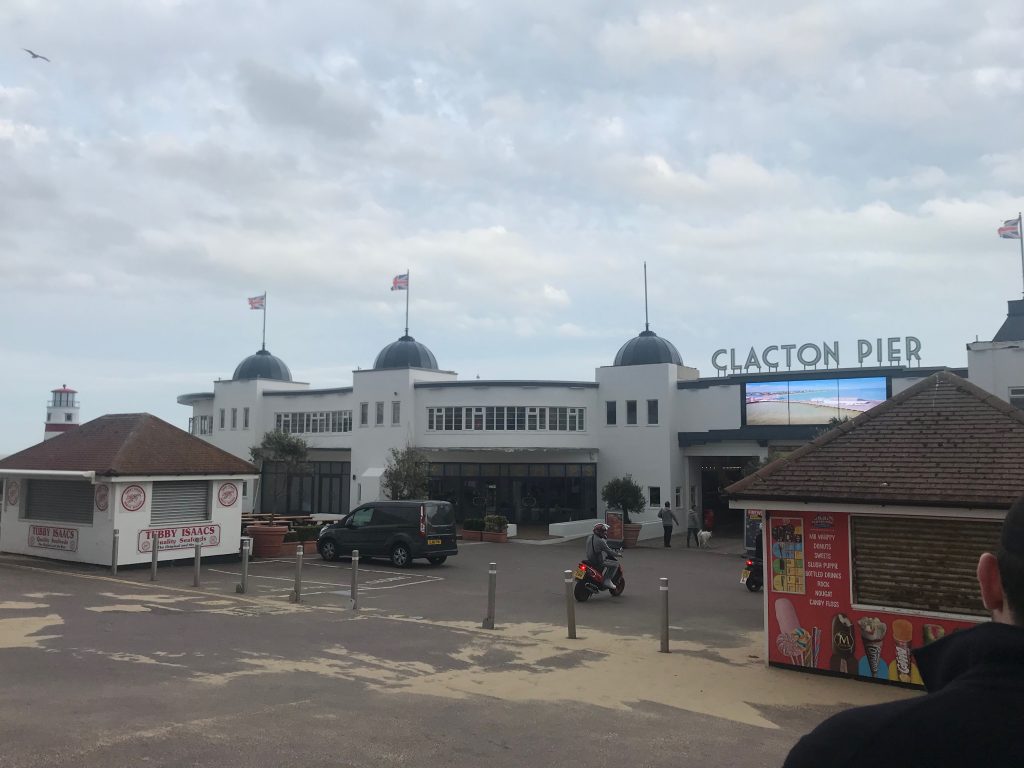 “Their world is so small,” says Ben, who grew up a bit further up the Essex coast and now mentors local kids here. Do a lot of people who grow up here get out of the area? “Nobody does.”

Students who make it to A-levels at Mat’s school, Clacton Coastal Academy, get Ds on average, and he says no one in his class is even thinking about higher education. When his classmates were all given a careers booklet recently, he recalls that most of them focused on a section about gender pronouns, which they found funny.

When we meet Mat, who has blonde hair cropped short on the back and sides with a long fringe on top, he’s eager to show us pictures of his bike, which has gold rims and a sticker bombed frame. He’s got a timid manner, in the way that quietly smart kids at his age do, underpinned by articulate confidence when he gets a run at a thread of conversation he knows.

“When I started thinking about uni, I looked at it like ‘That’s where the smart people go’,” he says. “But now I know that I’m smart enough to go, so I look at it as more of an opportunity to put my knowledge to the test.” 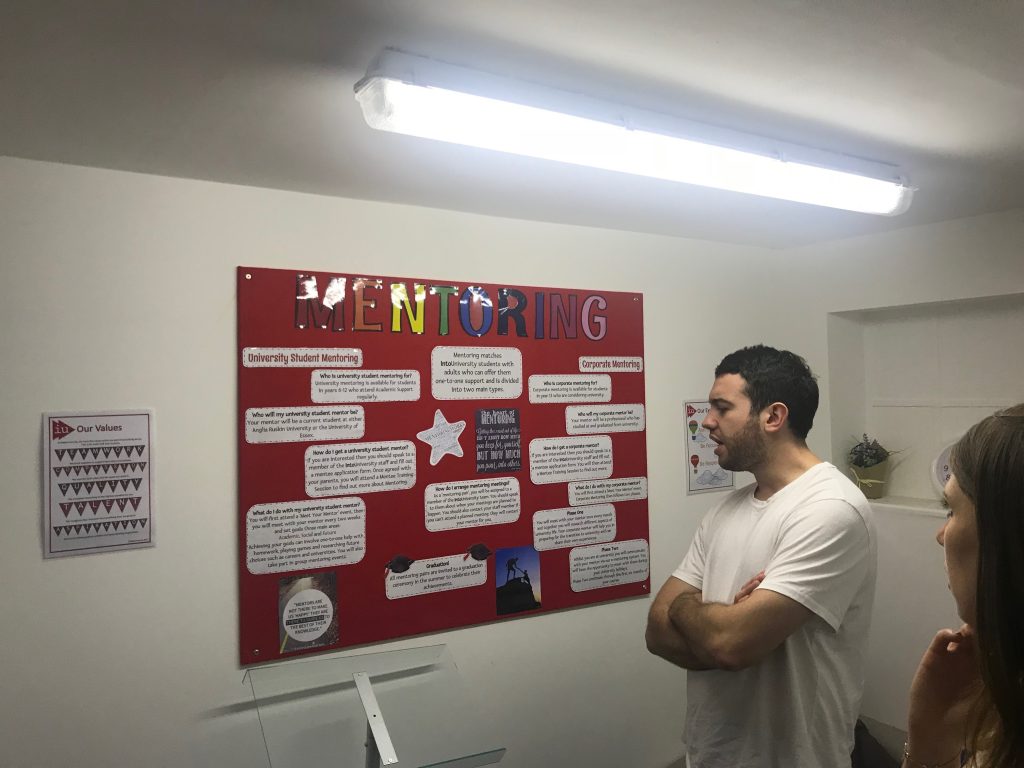 Inside the centre’s mentoring room, where student mentors and their mentees can hang out

Mat is part of a unique program across the country where students in areas of low educational achievement are given extra teaching, mentoring and support to help them get ahead. Which is where we meet, in a centre run by the charity behind the program, IntoUniversity, a sort of second school for kids around here.

Mat comes in here every week, plugs in his country music, and gets down to work.

He also meets a mentor assigned to him by the centre, an engineering student at Anglia Ruskin, who helps to demystify the process of getting into university and gives him confidence. “He’s really helpful, but we like to have a laugh together,” Mat says.

IntoUniversity runs 27 of these centres in struggling communities and works with students from age seven to 18. Local students from disadvantaged backgrounds can get after-school help with homework, literacy and numeracy from trained tutors, and can get regular mentors like Mat’s one.

Kids who work with the charity are significantly more likely to go to university, according to its analysis, and enough donors and partner universities have bought into its approach that the group now has a budget of more than £7 million a year.

What IntoUniversity needs is hundreds more student volunteers at their centres, including their 12 locations in London, and those in Leeds, Manchester, Coventry, Liverpool, Nottingham and Brighton. Helping them recruit students is a key aim of The Tab’s 10x campaign – named after the UCAS stat that the most privileged applicants are ten times more likely to progress to a leading university than the least privileged (to volunteer, click here). 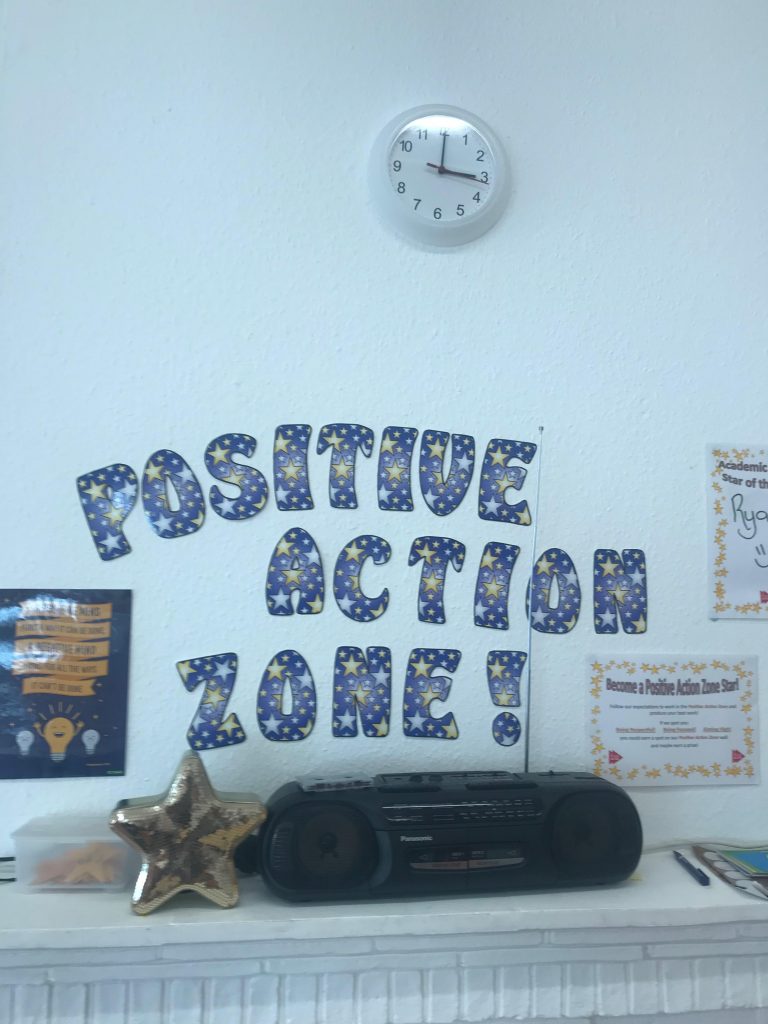 Director of Operations Hannah Purkiss, who came with us to Clacton, said raising attainment and aspiration are the focuses of the charity’s work. “We want local young people to be aware of their future options, whether that means going to university or progressing to another chosen aspiration,” she said.

Kizzi Keast, who runs this centre and is one of three full-time staff here, says the students she works with in Clacton don’t have a broad view of what their futures could hold. “They see care homes and charity shops and some summer tourism shops, but that’s about it,” she says. So in one exercise she printed out the names of dozens of potential careers and got the kids to pin them to a board on the wall.

By his own admission, Mat used to be more interested in messing around with fire extinguishers than getting work done. But when he realised uni was on the cards, something switched. “I changed,” he says.

Most of his drive for uni came from coming to this centre. Not really knowing anyone who went to uni, it’s not at all clear to a lot of students here what the benefit of leaving Clacton and getting into £50,000 of debt actually is. When most of your mates don’t really want to leave Clacton, you’ve got to actually break the mould. 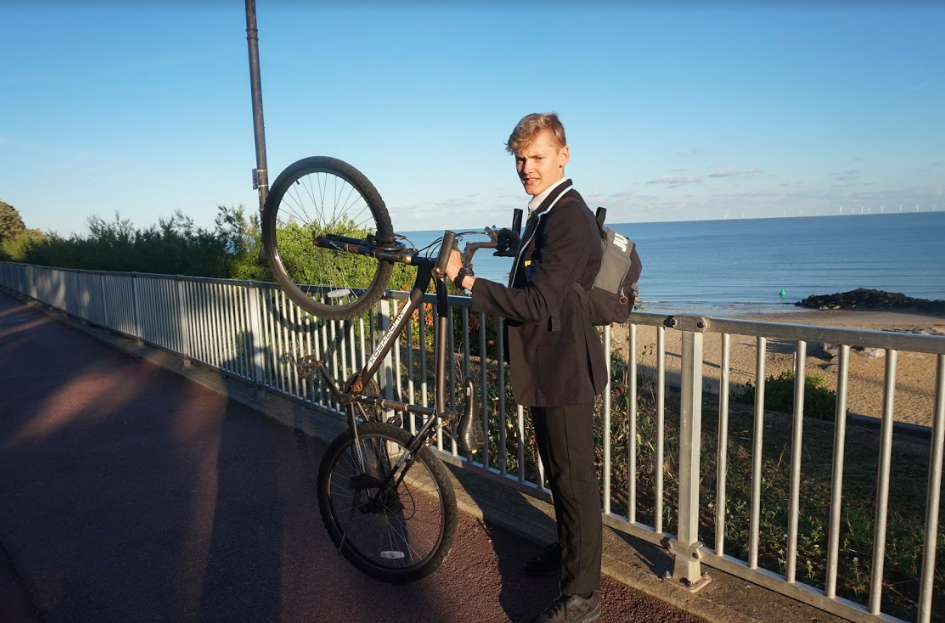 As part of the scheme, he’s done a few visits to London, seeing LSE and SOAS. Not for him. “I don’t like London, it’s just chaos”. Apart from the McDonald’s in Liverpool Street, he says, but that’s not enough to draw him to uni there. He likes it around Clacton, and wants to go to Anglia Ruskin or Suffolk.

He’s well supported by his parents. He says they were surprised when they first heard he wanted to go to uni, but now they fully back him, and he says his school is doing the same now they know where his mind is at.

But Mat hasn’t managed to get any of his mates to come along to the centre just yet. One friend does want to come down, but had to look after his brothers while his mum had an operation. Apart from that, they don’t really see it the way he does, and don’t know as much about uni as an option. “I have told a few people that they should come down to the centre but nobody listens to me.”

We ask Mat what he does on weekends, aside from riding his bike. With one eye towards the IntoUniversity staff sitting in on our interview, he assures us he spends weekends and holidays catching up on coursework. It gets a laugh – he’s playing the room, but you can tell he’s not completely lying.

The Tab is partnering with IntoUniversity for our 10x campaign about fairness in uni admissions. We are helping them sign up student volunteers for their centres in disadvantaged areas nationwide. If you are interested in volunteering click here. If you want to contribute to the campaign with a personal story or news tip, please email [email protected]

• These are the unis letting in the fewest state school pupils