Dear Diary, why is nothing real anymore?

Remember when heartbroken Samira literally left the villa just to reunite with Frankie? Remember the moment we all cried when Frankie waited for her at Gatwick airport and they reunited?

Yeah, well it turns out Frankie slept with someone just hours before the iconic airport reunion.

SAMIRA AND FRANKIE DESERVED MORE SCREEN TIME. WHY WASNT THEIR NIGHT IN THE HIDEAWAY SHOWN. HE LITERALLY WAITED FOR HER AT GATWICK AIRPORT. MY HEART😭😭😭❤️ #loveisland pic.twitter.com/fSBe5BfEMf

Shocked Stephanie spoke out about it as she didn't know of Samira and said: “He should be ashamed.”

Stephanie explained: “I was with friends and got talking to Frankie, who was sat drinking champagne with his manager at the next table. I’d heard of the show, of course, but I had never watched it.

"The fact I wasn’t a besotted fan seemed to make him all the more interested. He was being very sweet and we started flirting. Never once did he mention this Samira girl.

“We danced and ended up taking a cab back to his hotel room in King’s Cross. There were two double beds and I said, ‘Who else is staying here?’

“He said, ‘Well, my manager is. He probably won’t stay here tonight’. As far as the sex went, Frankie was nothing special but nothing bad.”

The whole encounter ended when at 5am, Frankie’s manager rang to say he was returning with burgers and nuggets from McDonald’s. Stephanie said "it was a mood killer."

When Stephanie got home the following morning, she looked Frankie up on the internet and found out about Samira. 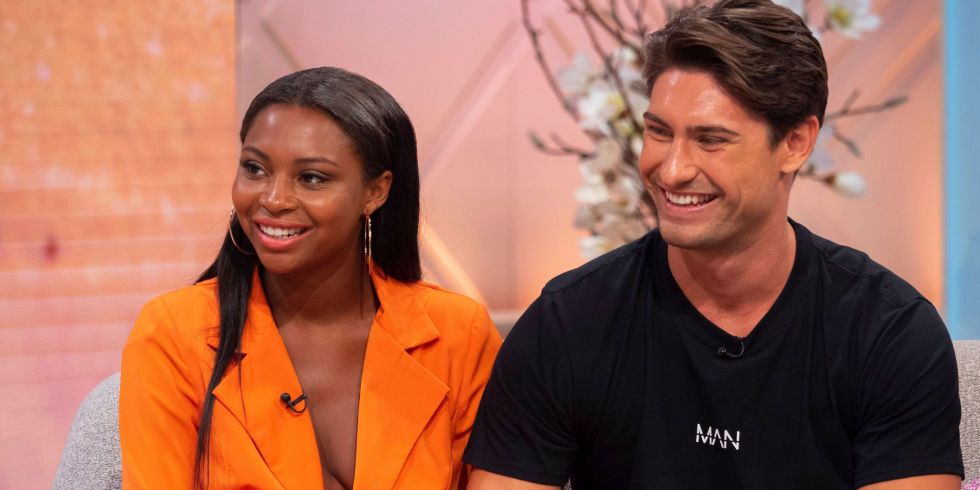 She added: “Then later I’m seeing posts on social media saying she’s leaving the villa and Frankie is looking forward to seeing her. I’m thinking, what an a******!”

But despite the shocking news, Samira and Frankie seem stronger than ever. She posted an Insta story of them both travelling somewhere in a car. Hmmmm. 👀