But who actually is Josh Denzel from Love Island? Apparently not who he says he is

There have been some LIES

The snake of the moment, Josh Denzel from the Love Island villa, is being scrutinised for his behaviour in what people are calling the most dramatic episode of Love Island ever broadcast after he mugged off national treasure Georgia. But who really is he? Because it seems as though a lot of what we thought we knew about him is lies, all lies.

He really is 27 – it was his birthday on 22nd June, while he was on the show – and he really is from North London, he is a presenter for SPORTSbible and yes he is really fit. But there's a lot we don't know.

Not only has he lied to his exes about coming on the show and who else he was shagging, but he's also been lying to the BRITISH PUBLIC on his Instagram. How dare he. 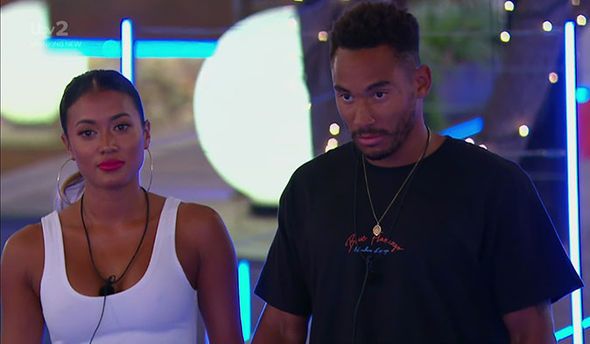 Probably the snakiest thing that's ever happened on TV

Here's what we've found out about the absolute scoundrel.

Is Josh Denzel his real name?

Apparently not! According to his ex-girlfriend, who spoke to OK! Online, Josh's real last name is Daulphin-Whitfield. How very posh.

We didn’t want you to miss out on seeing Josh tonight. Here’s a little treat from us ?? #LoveIsland

We spoke to his friend to confirm who said his name was indeed Josh DW. He said everyone at school called him Denzel so the name stuck, or rather he decided to adopt the name permanently when he moved into the public eye. I would probs have done the same with a name like that.

How tall is Josh Denzel from Love Island?

I've heard a lot of people talking about how tall Josh is, some have even asked "is he tall enough to be acting like that much of a fuck boy?" 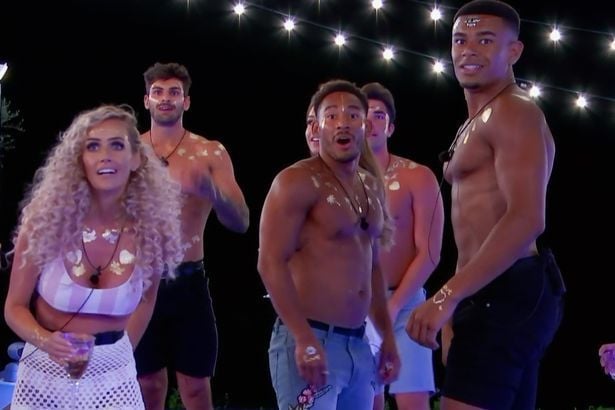 Well, in answer to the question, he's 5ft 10". That's just above average in the real world, but he left the real world to be on telly where he's comparatively small.

What school did he go to?

As he's from North London, Josh attended Camden School For Girls (it has a co-ed sixth form). We spoke to a girl who went to school with him who said: "It's a pretty edgy school. There was a small mainstream minority that Josh was in."

What uni did he go to?

He went to the University of Liverpool, where he started in 2010, although he is said to have hung out at Nottingham Uni with the football team.

When you score yourself a worldie ??#LoveIsland

What job did Josh Denzel have before Love Island?

If you're a top lad who loves sports like football, rugby and more, you might have seen Love Island's Josh Denzel presenting on SPORTbible.

?TRIM or GYM??? – Always good fun catching up with the Lil man @anthony_joshua ?

He does fun videos with professional athletes and says he's basically the face of the sporty branch of LADbible.

@joshdenzel caught up with the very talented @dualipa pitch-side ahead of the Champions League Final in Kiev – check out our insta story now ?⚽️? @pepsimaxuk

?NFL DRAFT 2018 ?Check out our insta story where @joshdenzel will be talking to the biggest names in the game like the inspirational @shaquem_griffin ???

Our man @joshdenzel is in Birmingham watching the best street footballers in the country battle it out at the @_thelaststand_ tournament. Check out our Instagram story for behind the scenes coverage ⚽️?? #morethanagame

Josh has been open about having a couple of long-term exes, but his ex-girlfriend of seven years, Nena has been quite vocal about her experience with him.

Speaking to OK! Online, Nena said her and Josh split in January this year due to his cheating after having been together for seven years. They even lived together in the house they both own.

She said: "We own a house together, we’ve got pets together, but now it's basically been confirmed that he spent the whole time cheating on me. He cheated on me with multiple people."

He also dated Ex On The Beach star Kayleigh Morris, who said he told her he was going to Russia to report on the World Cup for SPORTSbible, when he was actually heading to the Love Island villa.

She claims he's only gone on the show to get a blue tick. It's safe to say she's not his biggest fan, as can be seen in this tweet from last month when it was announced he would be appearing on the show.

According to OK! Magazine, Nena confirmed that it was Kayleigh who had filled her in on his previous infidelities.

She said: "I reached out to Kayleigh after I heard what he did to her. I just feel really sorry for her. He treated both of us awfully and without any respect. I think just going off the grid and not even telling us what was going on is just so disrespectful."

Due to his SPORTbible fame, Josh came into the villa with a fair bit of fame under his belt already. He currently has 294k followers on his Instagram (@joshdenzel).

That Time I Gave @harrykane An Absolute Footballing Lesson Before The NLD ?⚽️?

However, his ex-girlfriend Nena told OK! Online: "His Instagram is basically a lie. Most of the time that he says he’s away he’s not away, he’ll be at home in London.

"He’s painting a picture that his life’s amazing when it’s not. Like I’ve been sat there while he posts pictures of himself in LA and ill be like, 'you’re not there'," she added.

"He has an amazing personality and can make a joke out of everything, which is great, but it does just mean that he just lies about everything."

So his followers seem to be of ill-begotten means, although I am now taking notes because that's quite a lot of followers.

Well, that's all we have so far, folks. I hope we haven't crushed your dreams. However, at least it gives you some hope and even if you have a posh surname and don't spend all your time in LA you can still become famous.

P.S. here's a super cute pic of him as a kid

The exact moment when united won the title in 1997. #heartbreak

• If the cast of Love Island were in the World Cup, here’s what the team would be