Oh boy is this a good one

An Aftersun spoiler reveals that Wes' future will be uncertain tonight as Megan will not be picking him and will instead couple up with newcomer Alex Miller. Looks like you may have majorly played yourself Wes!

As Wes enters the villa alone, it will be up to Laura to decide whether she wants to couple up with new boy Jack Fowler or give Wes another chance. Some think that she might cave and do just that. For the love of God Laura, please no.

Pictures of Megan being snorty during a photoshoot have been leaked

First it was the pictures of her before she had surgery and now someone's leaked Snapchats of her snorting lines of a mystery white substance during a photoshoot. The video has now been deleted but screenshots from it remain online. Cheeky.

@LoveIsland i think you need to remove megan out the villa she's vile and snorting coke do u accept that do you?!! pic.twitter.com/XRNMMIHqzv

Poor Zara thought she was the girl that would change Adam but she had to watch him crack on with Darylle and it went exactly how we thought it would.

Better delete that love letter you wrote to him on Instagram ASAP.

AFTERSUN EXCLUSIVE: If you were shocked watching Adam cracking on, imagine being Zara! She’s on #LoveIslandAftersun tonight… 10pm, @ITV2 pic.twitter.com/rhVloT18s3

But she said she's still going to hold out for him though. It's like she never learns.

Eyal is back in London and was spotted on Carnaby Street

On Friday, Eyal was seen with his fit brothers on Carnaby Street on their way to an appearance. And the person who managed to take this photo can confirm he is as fit in real life. 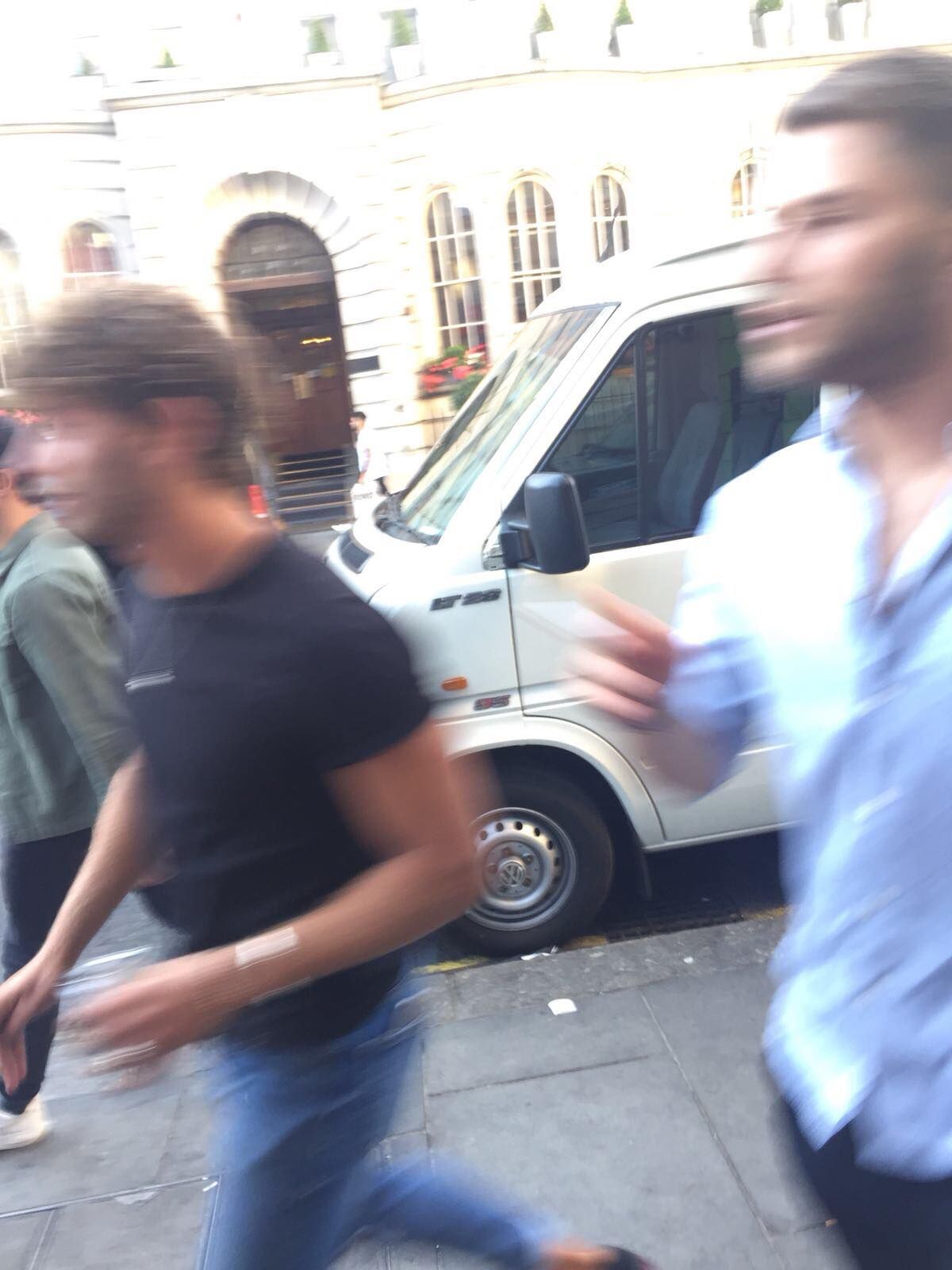 Talking of Eyal, apparently he's had Amber Davies in his DMs since leaving the villa

Speaking on the Capital Breakfast show with Roman Kemp, Eyal revealed "there are a couple of blue tickers floating around" in his DMs.

The presenter then asked it Amber had been one of them and Eyal started laughing. When Roman joked “Amber stop”, Eyal responded with “Amber don’t stop”. Oi oiiii.

Rosie was also spotted with a friend last week, drinking cocktails out of a pineapple in Mahiki (a bougie club in London) 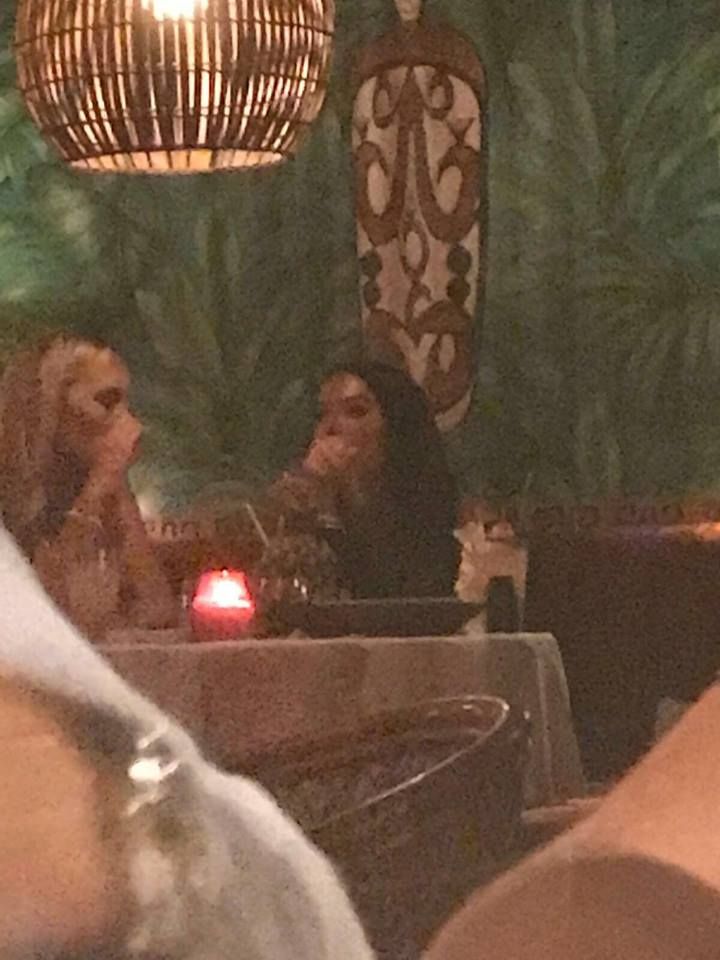 Most likely celebrating the fact she was right about Adam all along.

Wes' mate revealed everything you wanted to know about him, including that £1,000 date

Wes' mate met him four years ago at a house party and they have been friends ever since. When we asked him about the famous £1,000 date, he told us: "The only time I can think of was when he took a girl on a date out in Manchester. He does spend generous amounts on women and nights out." Looks like he might be able to do it all again if he gets kicked off tonight.

Wes' friend also told us that:

– His favourite drink is Wray and Nephew white rum

– His type is blondes, and based on knowing him before the show, they'd say his type in Casa Amor would be Kazimir and Charlie

We called him entitled and his friends may have got a little bit upset:

That’s very interesting, you said in the replies that “you have felt this since day one”. Just wondering why you were getting in on the DM’s asking to write an article about how ‘lovely’ Alex is. Can’t be that you were disingenuous I’m sure. The Tab everybody, peak journalism 👏 pic.twitter.com/HelLLGjLwu

You can read it here in all its glory.

They literally got no airtime since the day they arrived and people are worried as hell.

Where have Grace and Jordan gone, they walked into villa Casa Amor, I haven't seen them again and I've watched every single episode. Casa Amor was no more for these two lol #LoveIsland Anyone else seen them ??? pic.twitter.com/Rn6RFC7qzK

Georgia got on Love Island because Amber Davies recommended her

Amber Davies revealed on Lorraine that she met Georgia in a bar one night and Georgia asked her to put her forward for Love Island. Amber told her: "Yeah, that's fine, I'll do it.'

In an interview with the Daily Star, she revealed that producers would “prompt” islanders to talk about certain things. She also claimed that they would “suggest it would be a good idea if you brought something up or discussed something”. And she said contestants would often be asked to reshoot scenes if the cameras missed a dramatic incident.

Though a spokesman for Love Island said: “It is absolutely untrue to suggest Love Island is fake. The opinions they have and the relationships formed are completely within the control of the Islanders themselves.”

According to a family friend, Charlie has got "thousands of girls" DMing him and "even the brother is getting girls because of it too."

Heard any Love Island gossip on the grape vine? Slide into my DMs with the receipts. Email – diyora@thetab.com

• Who is Love Island’s Kazimir? The celebrity make-up artist trying to steal Josh from Georgia

Quiz: How long would you last in the Love Island villa?