Who is Sam Bird? Love Island’s latest boy who trains Toff from Made In Chelsea

Here we go, another walking talking bundle of glistening abs on legs with a head attached. Welcome Sam Bird to the villa, Love Island's latest boy who's due to cause a ruckus based on his mismatched eyebrows alone.

So newboy Sam is ‘swooping’ into the villa tomorrow night! Who do we think he should couple up with? ??? #spoiltforchoice #loveisland2018 #sambird #teambird ?

He says he's looking for love (shock) and has already got under Adam's skin by saying he's also come on the show to teach him about how to treat women. But what else do we know about Sam? How old is he and what does he do for a job?

More importantly, did you know he has a (now deleted YouTube channel) and trains a Made In Chelsea star? Well, here's everything we know about Sam Bird.

He's 22 and from Norwich

He owns his own gym

Sam is a head trainer and class instructor at his own gym called "Core Fitness", which is based in Norwich, fortunately.

He trains Georgia Toffolo from Made in Chelsea

His celebrity clientele include Georgia "Toff" Toffolo from Made in Chelsea. Sam often posts photos and videos of the two of them working out on his Insta.

Training in the park ?? @toffgeorgia

His Instagram feed is split into three distinct categories: Sam working out, Sam with sunglasses on and Sam with his top off.

Me walking to work in the snow like…??‍♂️❄️

Sam once attended a 'make your own pizza' Pizza Express party

Before entering the villa and claiming to be told by people that he was "too good looking", Sam had a much simpler life. A life that involved attending 'make your own pizza' birthday parties at Pizza Express. He's the one furthest right.

UPDATE. yeah, i made a pizza with Sam Bird once ??? pic.twitter.com/Q2IM3W5XJH

It's possibly the only thing cringier than watching Dr Alex trying to pull.

Unfortunately, it appears Sam had a social media cleanse before entering the villa and his YouTube account doesn't currently have any videos on it.

His channel, which used to be called "The Lully Life" has 6,967 subscribers, and while the videos may be gone a quick snoop of his Google+ shows some of the gems and boy do I wish they were still public.

Highlights include: "Chilli in my eye!", "How to text a girl", "Zac Efron abs workout" and the intriguing "7 things people do on holiday". 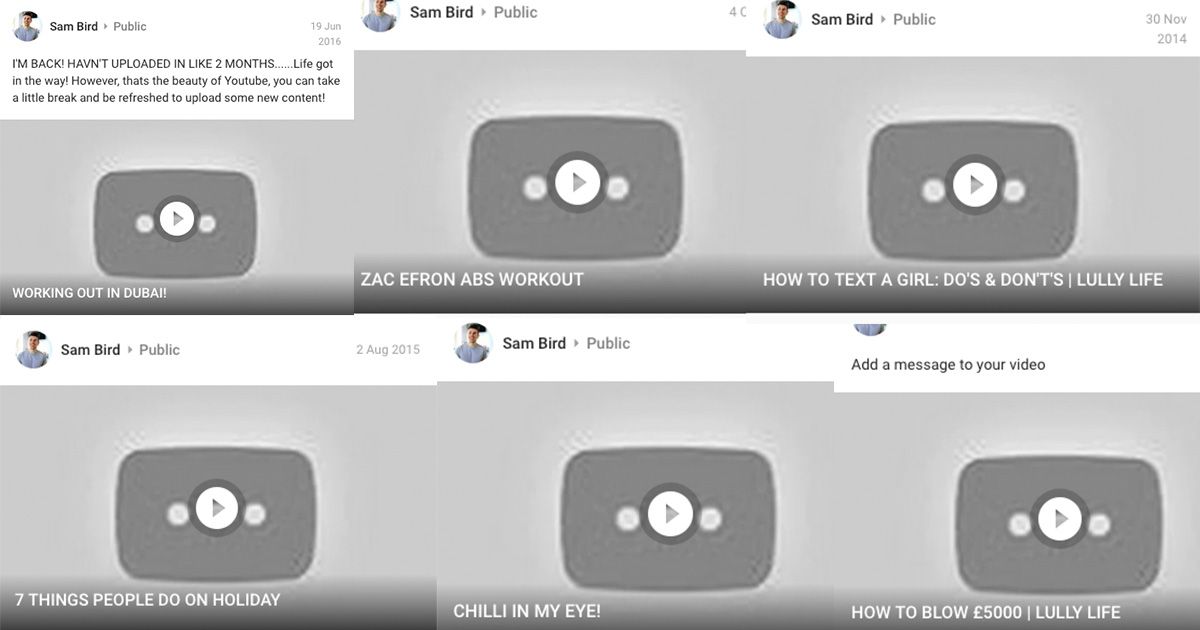 Is it too late to get him on the plane to Russia?

He was apparently the face for Tesco Mobile at some point?

According to this tweet from the Gay Times, Sam was the face for Tesco's mobile phone network. It's a funny old world, isn't it.

Jack Dean, who has over 600,000 subscribers on his YouTube channel 'JaackMaate, tweeted yesterday about how Sam Bird is a friend of his, which is nice. 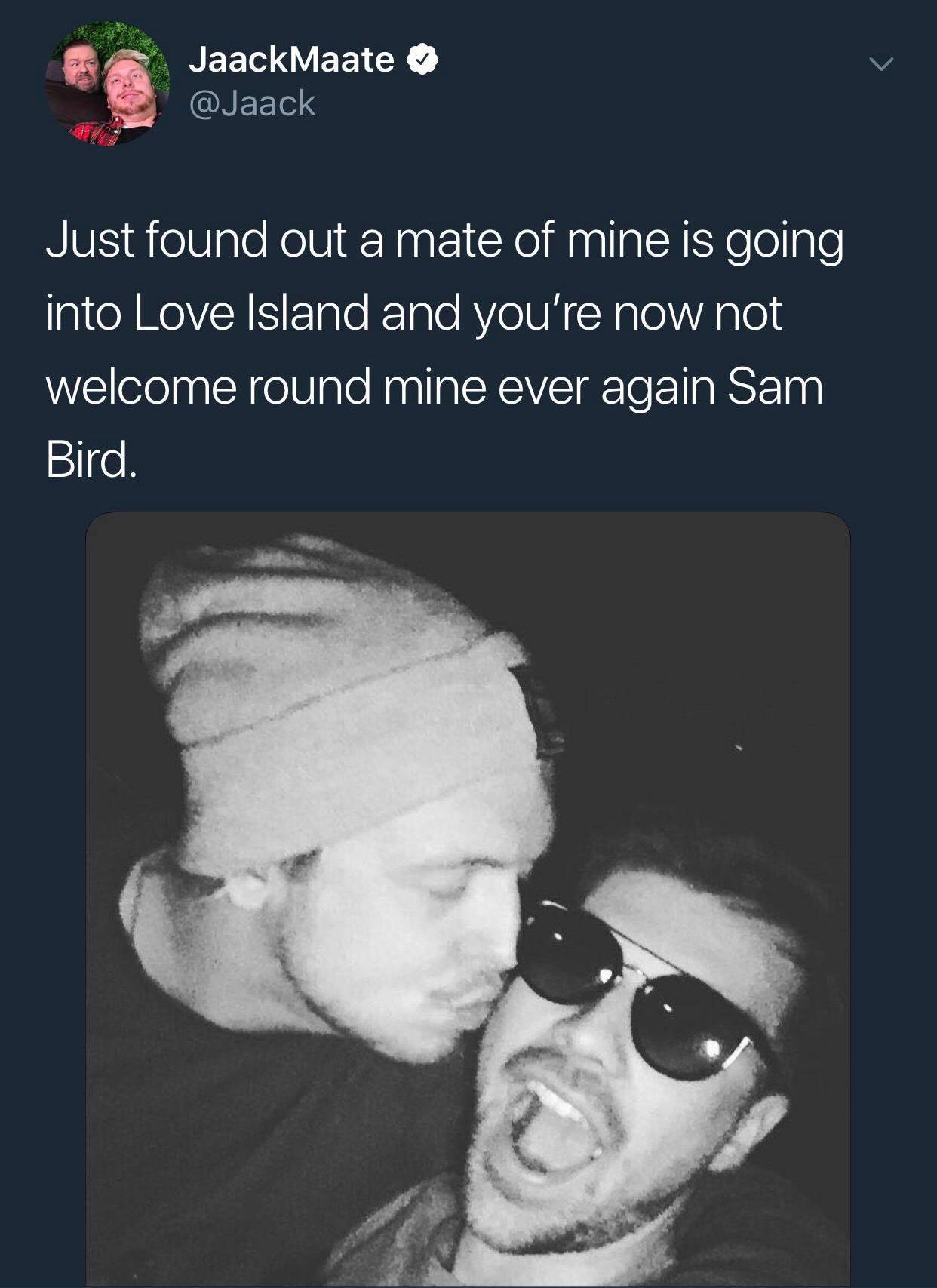 Awkwardly, Jack uploaded a video recently titled, "LOVE ISLAND IS BACK – AND EVEN WORSE THAN BEFORE".

• Which Love Island gal are you? Take this accurate quiz to find out