A ranking: How likely you are to forget about each of the Love Island cast in one year’s time

Rob Lipsett, Steve Ball, Nathan Joseph. Do you know who any of these people are? No, nobody does.

These are merely a handful of ex-islanders who've been on the show in previous years in hope of making it big and becoming Insta famous.

The reality is that so many contestants don't get anywhere near that goal, and spend only a few days inside the villa, and before you know it, they will be erased from your memory and you won't have a clue who they are.

So, we've taken a closer look at the islanders of 2018, ranking them from the most to the least forgettable.

Kendall is so done already, we almost forgot to add her to this list. After she left the show, the public tried to care about her and Kem getting cosy after the show finished, but couldn't help but view it as an attempt to get a bit more press than the first person to leave Love Island usually gets.

Sell-by date: The end of the show

It's obvious from her running around the villa desperate to be noticed, Georgia needs to have a 'thing' to give her any chance of being remembered after she leaves the island.

There'll be memes of her one memorable moment/face/reaction popping up on your timeline in two years, but you won’t know who they’re of, you'll just know that they’re of someone from Love Island.

Rosie’s journey with Adam has gone as far as it’s going to go now, and she probably realises that she needs to move in a different direction in order to remain a point of interest on the show.

Hopefully Rosie will soon come to realise that she’s more suited for The Apprentice, and accept that she'll find love at some point, but the environment this show creates is not the right setting for her to find it in.

After leaving the show, she'll try and fail to get onto The Celebrity Apprentice, so settle for the normal one. Rosie will get fired early so won't get invited back to help out the finalists in the last episode.

When your sister catches you swanning around…. #redhanded #swanny

Charlie isn't as memorable as Adam, but he's definitely more memorable than Rosie. It wouldn't be that surprising if Adam were to re-enter the villa after having his unlucky stint with Hayley.

If this is does happen, he'll become less forgettable than he currently is and will leave the show a second time to have a healthy stint of work with brands like ProteinWorld.

All work is easy work.

Right now, Adam is on a knife edge. If he shows the personality that looks like it’s about to break out when he’s being great to his guy mates, he’ll become a TV mainstay. But if he veers too far into snakey territory he’ll be forgotten, cast out of the nation’s memories.

If he goes out on a high, he’ll be ok. As joke Christmas presents for your sister go, his inevitable workout DVD seems a good bet. If Adam slithers out of the villa a snake after switching girls too ruthlessly, all you’ll see of him is people pressing 'interested' on his Freshers’ club night appearances, before one too many Instagrams from Abu Dhabi make you unfollow him.

London is my playground ?‍♂️

Sell-by date: Whenever the West End posters with her face on get taken down.

Despite the uproar caused by her leaving her job on the West End to go on Love Island, Samira shouldn't struggle to get right back into the theatre scene.

You’ll find yourself getting on the escalator up from the underground and seeing her face on a poster for a West End show.

At first you’ll think, ‘who the heck is that?’, as you get halfway up the escalator, the recognition will start to set in, and by the time you’re walking off the escalator, you’ll have realised that it’s Samira from Love Island.

RIP to the specs that didn’t make it ?

It’s hard to say what'll happen to Wes after leaving the show. Sure, if he stayed with Laura for the duration (which he definitely won’t), then his career path after the show would look a lot different.

However, it’s hard to imagine a situation where he doesn’t end up screwing over Laura, especially now the younger version of her (Ellie, that is) has now entered the villa.

He’s dangerously close to breaking Laura’s heart, but if he does this Laura will definitely show him up on national TV.

After leaving the show, it's likely that he'll do one club night appearance tour, and if he’s lucky a few modelling shoots and small TV appearances, then that’ll be it.

When you’re having an argument with bae and she gets some of her facts wrong ???‍♂️

Nobody really knew who Josh was before he entered the villa, despite him being a regular presenter for SportBible. This means that when he ends up leaving the villa, he won't necessarily have gained a whole lot from going on the show, but he won't have lost out on much either.

He'll probably return to his job that he had before he went on the show, and an eight week holiday is all Love Island will seem like for him.

Megan was a big hit when she came onto the show, but as soon as she turned her back on Alex and coupled up with Eyal, she may as well have kissed her long-term fame goodbye.

Knowing this, Megan will have to try her hardest to build a strong social media presence. She'll sponsor her posts like crazy and take part in a few ill-advised Instagram endorsements.

Zara is 100 per cent here to cause some serious havoc. She’s not going to hold back, nor will she give any of the other girls an easy ride.

She’ll probably cause enough chaos to leave her mark in the first few episodes and it will become clear that all of the girls view her as a bit of a threat.

After the show she'll leave on a high, possibly as one of the favourites and she'll have a insanely high following on Instagram. 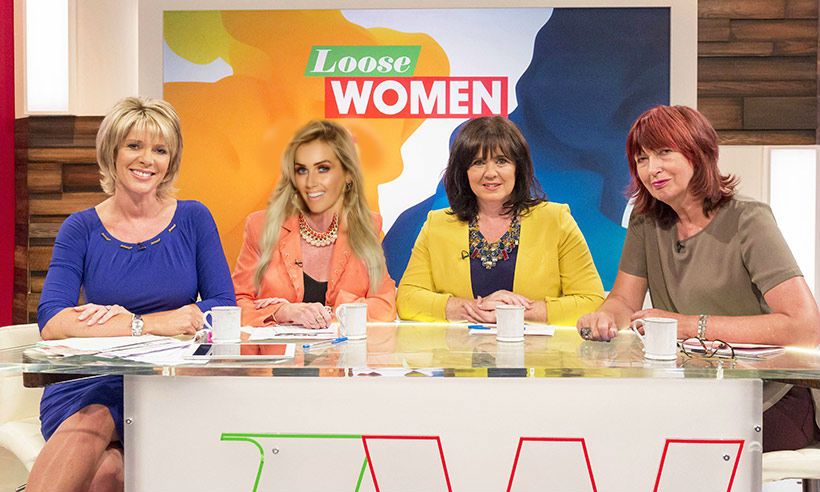 Upon exiting the villa, Laura will make precisely one appearance on Loose Women, have a few too-frank opinions, fall out with Coleen Nolan, and then fade into nothing.

After Wes inevitably fucks her over, she’ll be a inspiration to girls everywhere who’ve had their share of heartbreak in a very Zara Holland fashion.

This all depends of how him and Dani are doing when leaving the villa. If they leave hand-in-hand 50 grand better off than they were when they entered, then things could be on the up for both of them.

If they win, they'll get married and their wedding will get a whole spread of its own in Hello! Magazine, and everyone will want an invite.

If things won’t quite work out for them, Jack will go on a few talk shows, purely because he can impersonate all of the other islanders, but he'll lose his shit when the shoe gets put on the other foot and he ends up getting mugged off by Keith Lemon on Celebrity Juice.

The face you pull when you look at the time and realise there’s still over 2 hours to go until love island ? ❤️?#clockwatching @loveisland

After Danny Dyer coming into the villa emerges as the best telly the nation has ever seen, The Dyers will become this country’s Kardashians. Laying her soul bare in “Doing Bits with The Dyers”, Dani cements her place somewhere in the nation’s consciousness.

If you saw Dani Dyer on the street in three years’ time, you’d ask for a selfie and she’d be really lovely about it. You’d ask her about the time she went on I’m a Celeb, but never dare bring up the time you could still make out her Essex accent as she was wolfing down a kangaroo testicle, mumbling “its quii– mee-ay.”

Sell-by date: Dani will be around for ages. Maybe she'll go on EastEnders.

All things so far point towards Ellie being unforgettable. If she kisses Alex, then she'll be made for all eternity. The nation would love her, as she dramatically entered the villa and dragged Alex feet first out of his hole of rejection.

If she doesn't choose Alex, the public will write her off faster than she would ever believe.

Sell-by date: She'll be fine as long as she doesn't harm a hair on Alex's head.

After 4 months of a tough A&E rota my time here is done.. from tomorrow I will be delivering babies instead ?? ?Thanks to Dr H for taking care of me ??

When Alex entered the villa, he seemed remarkably average compared to the other guys, but when you’re stood next to people as attractive as Adam, it would be relatively easy to seem average.

However, due to the endearing attempts he’s made so far to find love, the public have gone from being irritated by Alex, to being completely behind him, praying that he soon finds the girl of his dreams.

Sure, when he leaves the villa he won’t do a great deal of modelling for the big designer brands, but he'll definitely make guest appearances on The One Show, providing cuddly medical opinions, and he'll go on This Morning too, explaining a weird STI to Holly and Phil while they make funny faces to camera.

Sell-by date: Never, as long as he's got his health.

Honestly, Hayley had so many unforgettable moments. Brexit seems like it’s going to take a pretty long time, and for as long as it does, you will remember Hayley Hughes asking about trees.

Every single panel show on TV would be infinitely improved by the presence of Hayley Hughes.

'Have I Got News For You?' She’d be the perfect foil for Ian Hislop, cutting through the politics and doing a fucking great impression of Paul Merton, stumbling on the right answers by accident.

'Would I Lie To You?' Marvel at the look of confusion on David Mitchell’s face as he tries to work out whether she’s lying when she says she has three A-Levels.

'QI?' Sure, she’ll be inquisitive enough to really frustrate Alan Davies, but satisfyingly immune to the “obvious but wrong answer” klaxon.

Fuck it, stick her on Countdown.

Sell-by date: The heat death of the universe.