Love Island producers love throwing plot twists at us when we least expect them. And last year, they introduced a new entire villa with 11 more members.

Remember how badly it went down when Marcel kissed another girl and Kem was pursued by Chyna? The second villa brought DRAMA, that's for sure. 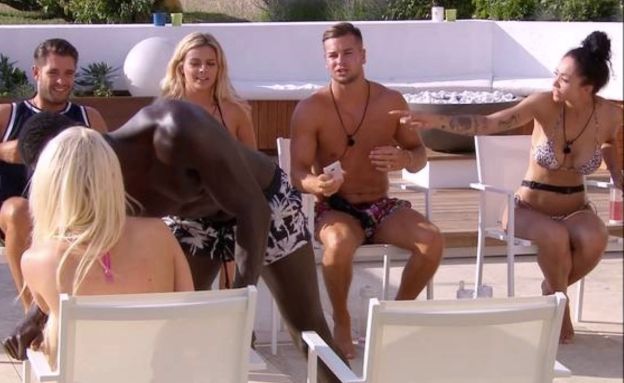 But what if there was another massive plot twist coming our way this year?? And what if it was even more shocking than last year?

There's a conspiracy theory floating around the internet, saying Love Island Australia contestants will be merged with UK contestants in a few weeks down the line. And it totally makes sense. Here's why:

I have a theory: both Love Island Au and Love Island UK are both filmed in Majorca @ the same time… The intruders in the AUS version will be the UK contestants and vice versa!? #LoveIsland #LoveIslandAU pic.twitter.com/rOr6HyAB4r

Both of the shows are filmed in Majorca. They started at a similar time. Some people are complaining that this year's cast are more boring than last year, so the producers will be looking to make the show more interesting. Plus, everyone loves how messy Love Island Australia is and the contestants on it are really hot.

It would make complete sense for them to merge the two as the weeks go on and a "plot twist" is introduced.

Can you just imagine how amazing it would be? Think of all the Australian accents. ?

We've contacted ITV to confirm whether this theory is true.

• Who is Love Island’s Georgia Steel? The Popworld shot girl and drama student

• Which Love Island boy would you couple up with? Take this very important quiz to find out