STI tests, shower cameras and unlimited booze: What it’s really like in the Love Island Villa

We spoke to someone who’s been on the show

Deep into the emotion of the first week of Love Island season 4, I'm sure you're starting to wonder, "what's it really like to live in the villa?"

What we see on the telly is not the whole story: we never see them eat a meal and not a single producer shows their face. Haven't you always wondered how much alcohol they actually get to drink? Or whether they have any contact with the world outside?

Well same. So we spoke to an ex-islander from a previous season of the ITV2 show to get the low-down on what it's really like to live in the villa for multiple weeks.

The show was much looser in previous seasons, they were initially allowed unlimited alcohol until everyone overdid it and began throwing up on themselves, and smoking was only recently banned from our screens.

Here's what we found out from the contestant, who's identity we concealed so we could find out all the juicy details.

"You never actually know how much sleep you've had"

She told us that no one in the villa is allowed a watch and there are no clocks, so they have to figure out the time based on when they are given food and where the sun is, like a sun dial. They fall asleep whenever they're tired and then get woken up by an alarm. 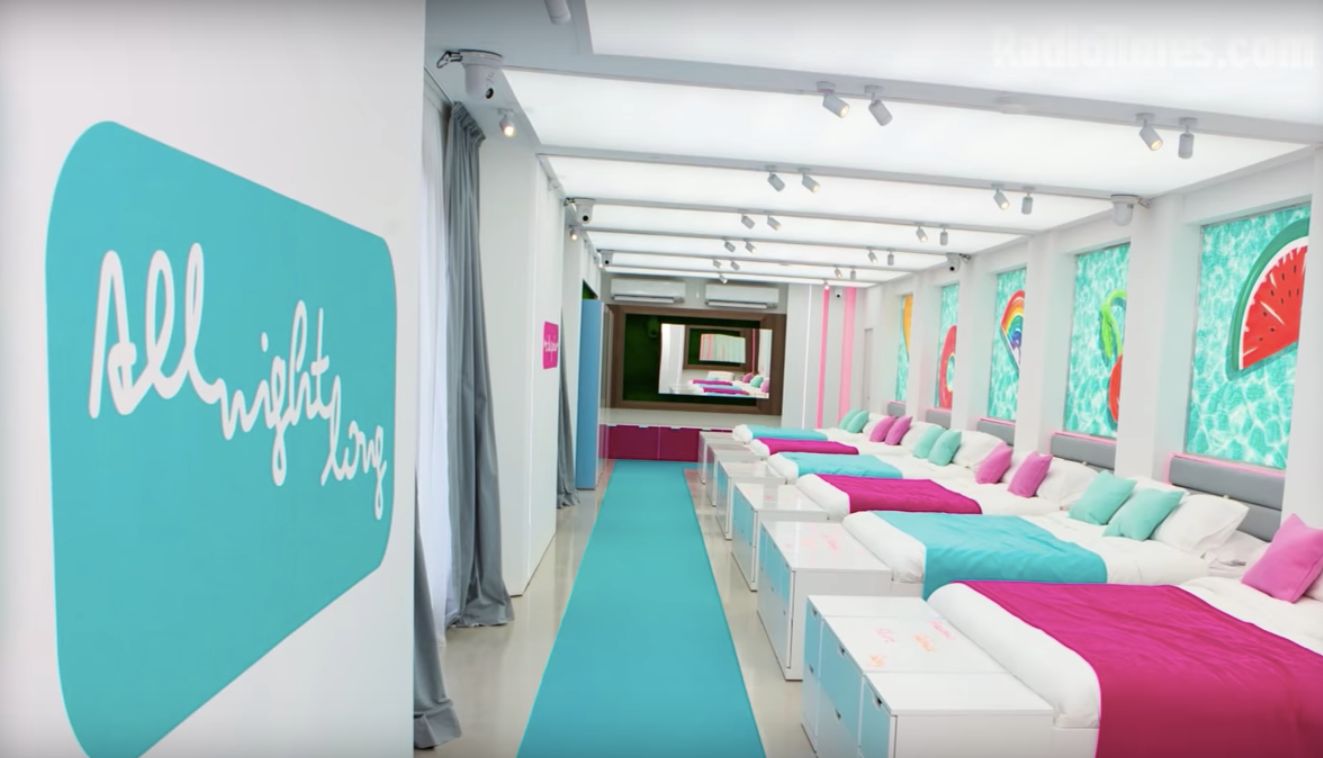 She said: "My favourite story of the whole thing was when they gave us a little bit more alcohol than usual and we must have stayed up way later than than normal, until about 5am. We all fell asleep and woke up naturally in the morning as the sun was up. The boys were all making tea and the girls were up and doing make up.

"You could literally like hear the producers running down the corridor, because we’d only been asleep for half an hour. So they were like you’ve gotta go back to sleep or the whole day is gonna be shit."

"The girls were all being sick on themselves"

Generally the contestants aren't given much alcohol, only two or three glasses of wine a night. They also aren't allowed to drink at all in the lead up to the show. But one night was described when they were given unlimited alcohol, where "after that, they never gave us that much again", she said.

She added: "Everyone’s so desperate to get drunk. They would mix like beer and wine together it was disgusting, like being in school. And there was one night when we went on a revolt and turned our microphones off and ran over to the barrier round the house and tried to escape so they would give us more alcohol."

It was also explained that when people say they had sex because they were drunk, they're lying. 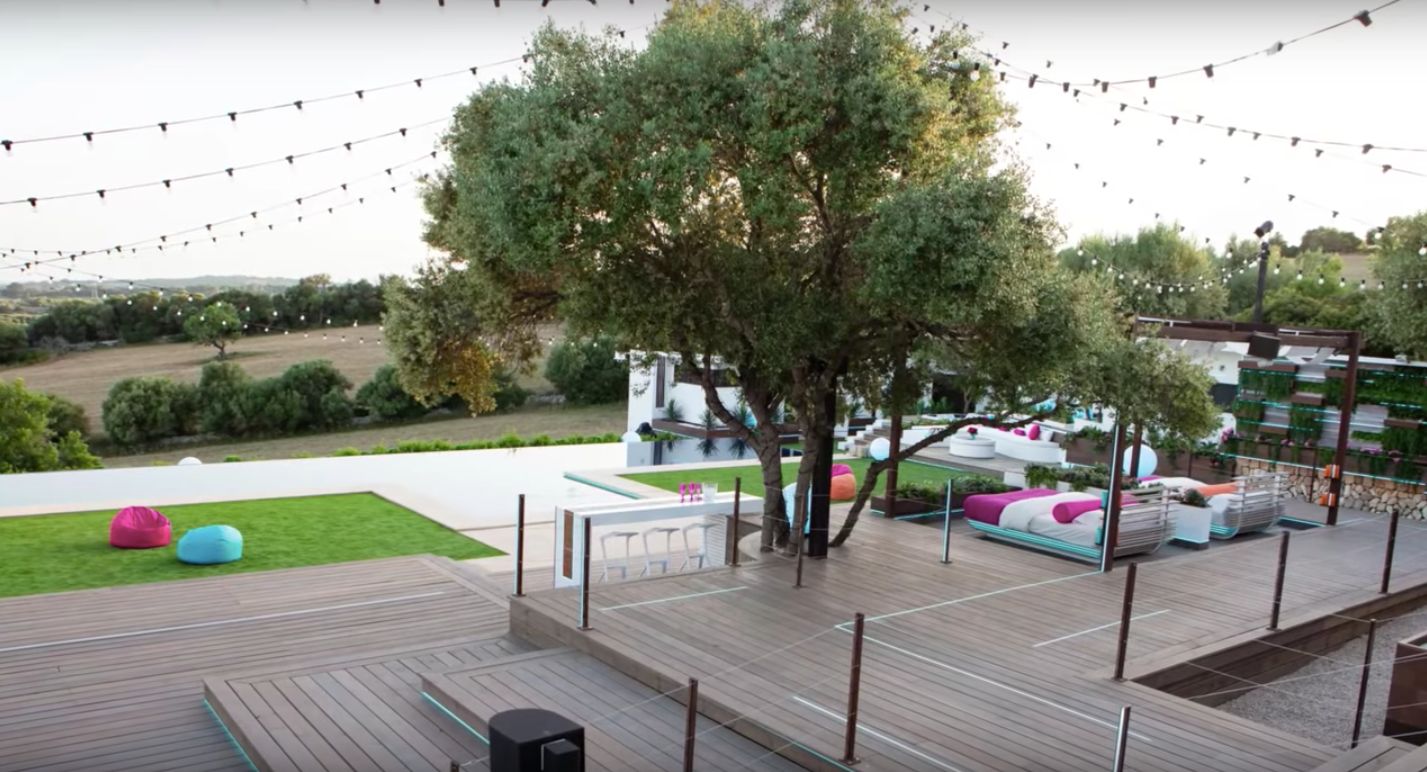 "No one used condoms"

During the first series, when the islanders are coupled up they had to sleep in a bed with them in order to encourage sexual activity.

"Everyone had an STI test before entering the villa"

Although this contestant never had sex on the show, she said that because everyone had STI tests before entering the villa, no one used condoms. However there were baskets full of them in every bathroom. 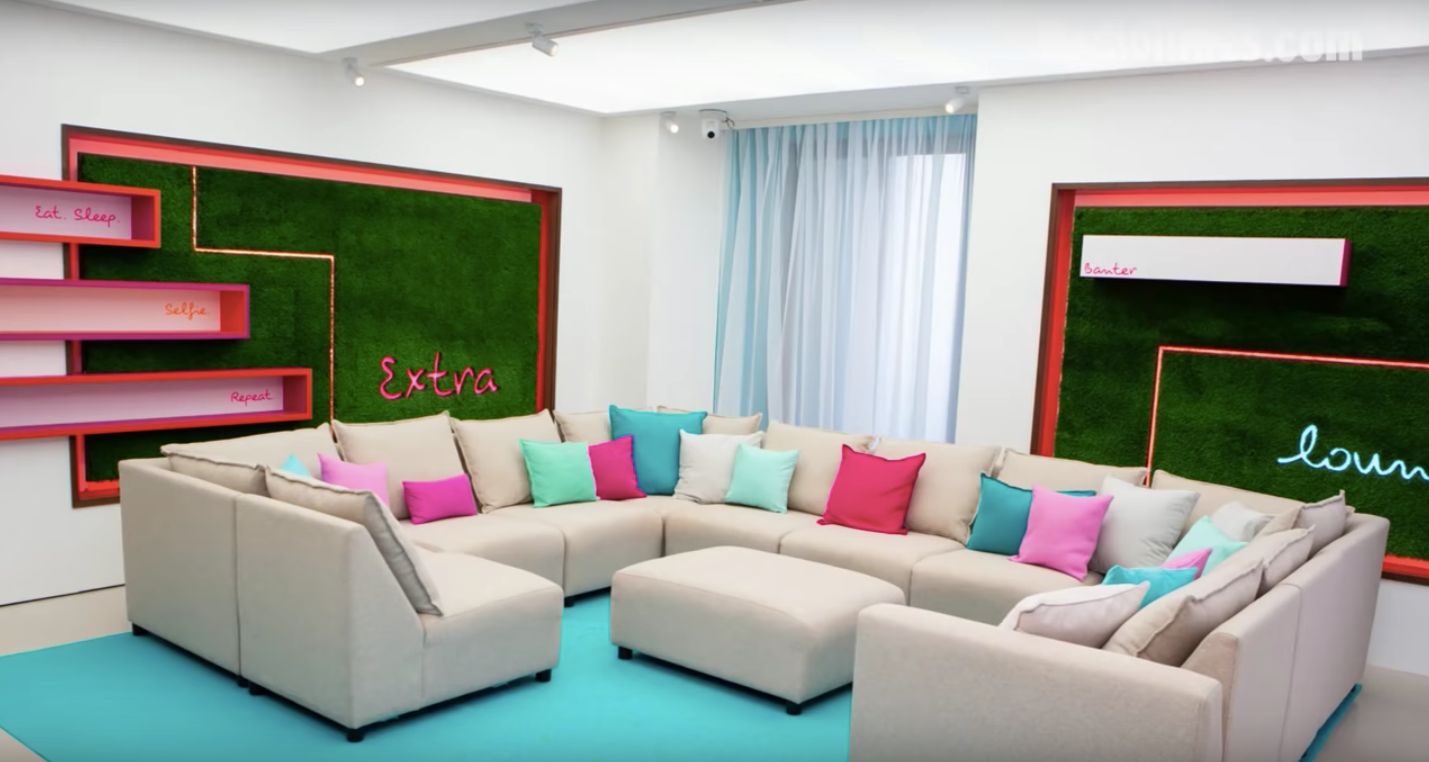 "There’s this thing called ‘The Voice of God’ and it’s this massive tannoy system, it's like 1984"

The islanders are never alone. They often see a glimpse of the camera men, but are not allowed to talk to them. She described one encounter: "I tripped up once when I was out there on my own and I was like ‘oh fuck’ and someone behind me was like ‘oops’ and started laughing but I couldn’t see him, I could just hear him."

The 'Voice of God' would tell the islanders off if they weren't making consistently good content: "If conversation starts drifting away and you start talking about the outside world they’re like 'guys we can’t play this'. 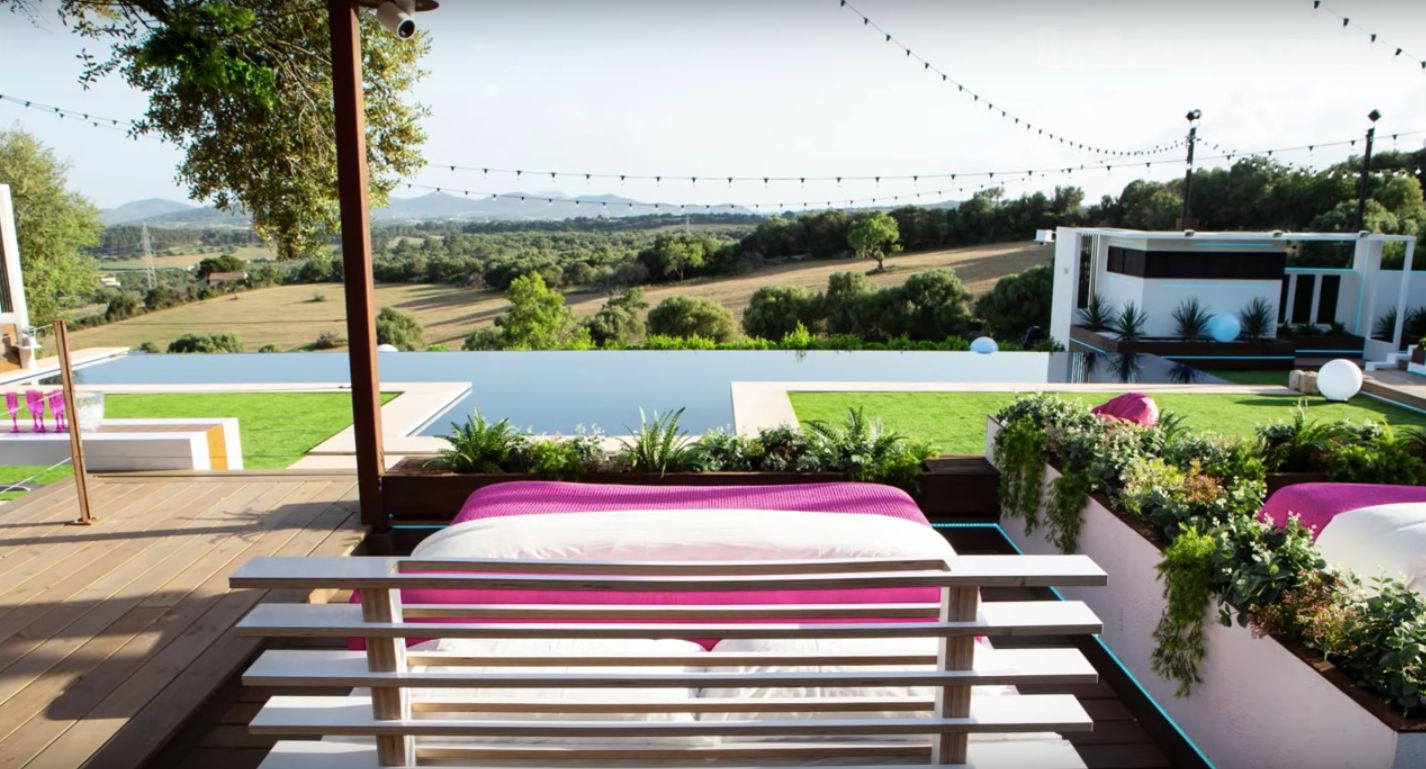 There’s this thing called ‘The Voice of God’ and it’s this massive tannoy system and they’ll be like ‘guys we can’t put this on air, thank you’. It’s literally like 1984. I went to have a nap upstairs and just as I fell asleep the voice was like ‘Hello, we’re making a TV show, it’s not a holiday’. So I had to go back downstairs to make some more shit chat."

Cameras were everywhere, even in the shower

As well as the tannoy system, there are microphones and cameras throughout the villa, including above each bed to record all sexual activity and pillow talk.

"You can actually hear the cameras like moving towards you. You can see them as you walk, and if you watch the camera you can see it slowly turn and follow you", we were told. 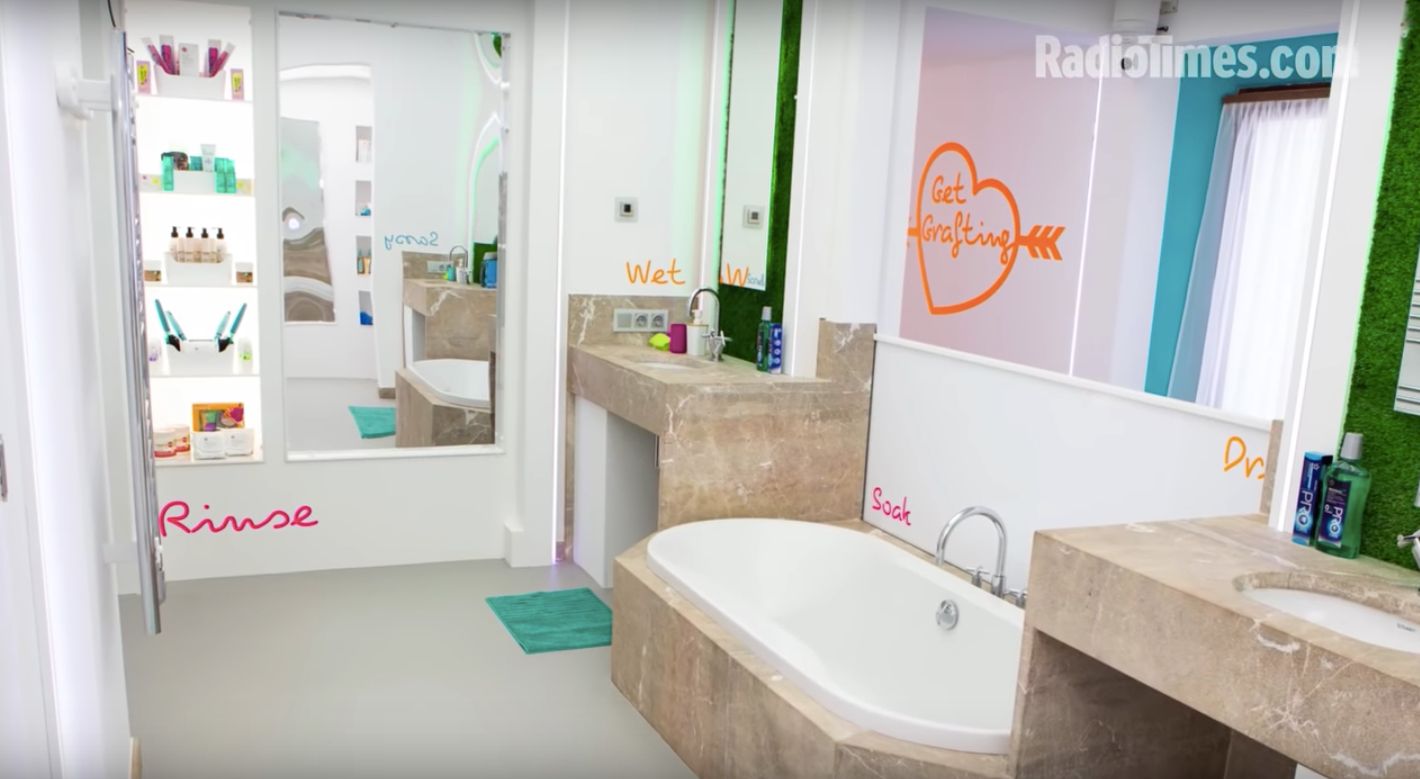 "The Norovirus broke out in the camp when we were there"

There is a secret camp of 100-200 people outside the villa where the show is produced and food is prepared for the islanders. They never see the caterers: "There’s this pantry that’s always locked. They’ll knock on the door and you’ll open it and there’ll just be loads of like pastas and stuff and you take them to the table."

However, the Norovirus broke out in the camp, and spread to a few of the islanders through the food. They then had to be housed in separate apartments around Mallorca to keep the disease isolated.

The phones that the islanders have are not real, they are only able to message each other and the producers. They have no contact with the outside world for weeks before they go on the show until they leave.

The contestant describes having only an iPod Nano and some books to entertain herself while she was being held in an apartment in Mallorca for two weeks with a chaperone.

The only information they get is when new islanders arrive and are able to feed information from the outside world. 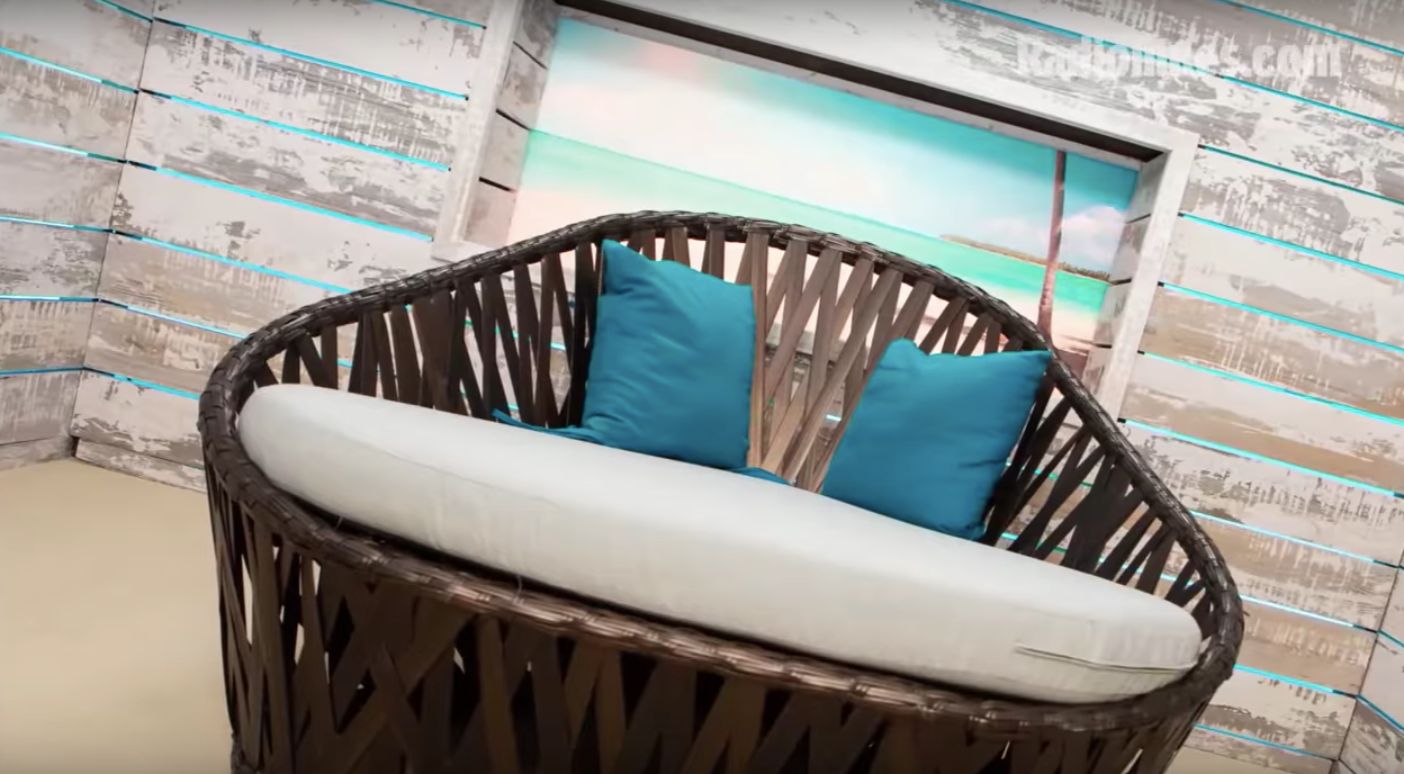 "It’s a TV show and I signed myself up for it so it’s what I expected. But when I watched it back it was very obvious that I had been portrayed differently."

Many people in the villa forget there are cameras and that hundreds of thousands of people are watching, but they don't let it get to them.

"I was very aware of what they were trying to make me be like and resisted it as much as I could, but it's a losing battle."