What the cast of Love Island 2018 actually do, according to their LinkedIns

Eyal says he’s been in a Rita Ora video looool

By this point in the series of Love Island, it's not far enough to actually know what anyone's like. Waiting until 9pm each day to be drip-fed morsels of their personality really isn't going to satisfy a true addict.

Obviously Alex is a doctor with a job waiting for him when he gets home, and Adam has been known to take his top off. Sure, we can speculate as to exactly who the cast would be at uni. But none of it will truly blunt the cravings.

What you really need is a deep dive through their LinkedIn profiles to find out exactly what the cast do.

Now, you'd think Eyal was all spiritual, but his up-to-date LinkedIn suggests an eye for the kind of capitalist canny that will see him prosper well past the inevitable slog of dead-eyed club appearances. 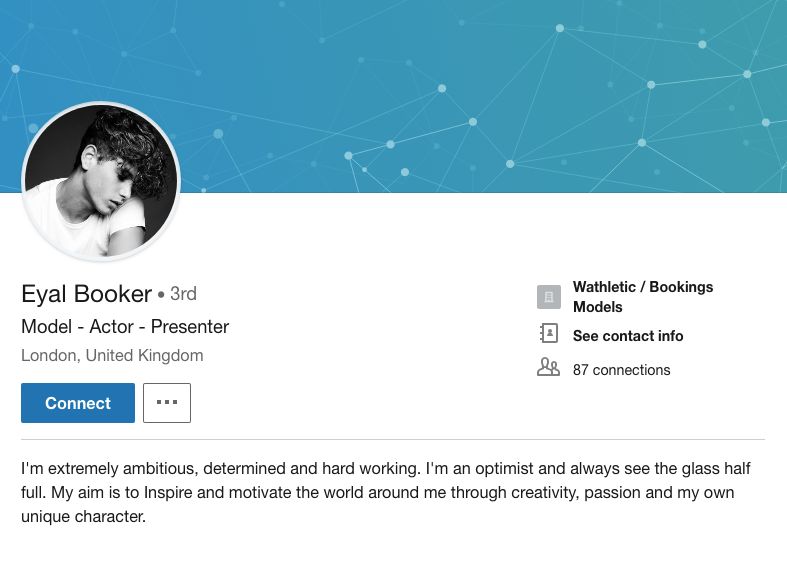 Apart from the general self-promotion and vague model work, one thing on Eyal's profile stands out. He says he's "worked on and featured in Rita Ora's music video Poison".

Having seen all the various tweets of Eyal looking very different pre gap-year, it was obvious finding him in the video would be a challenge. Nonetheless, that cross is mine to bear.

Trying to find which of the dark-haired, pouty models Eyal is in this video is a task most reminiscent of the round in Never Mind the Buzzcocks where you had to pick the has-been out of the punny line-up. Is it number one, Eyal Booker? Number two, Ey(es)al(l) covered by your fringe? Number three, Eyal a bit of a looker?

Conclusion: Could not find him. Will the real Eyal Booker please step forward. 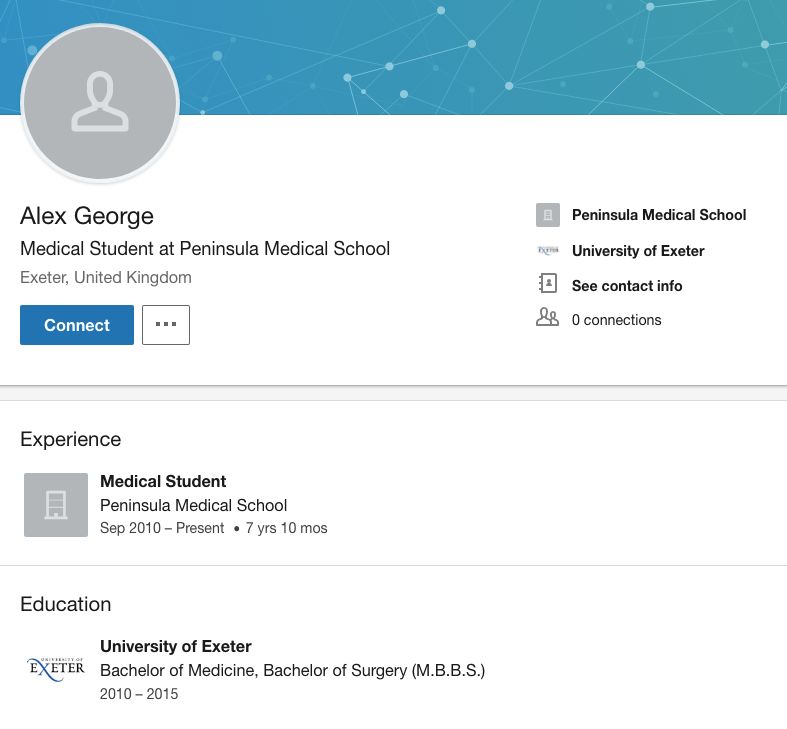 Everybody talks about life imitating art, but the much more apt truism, looking at Alex's 0 connections, is that life imitates LinkedIn.

Buzzing Alex got the date! Thank you so much for your votes everyone! @loveisland #loveisland #DrAlex #TeamAlex

At least his job is waiting for him when he gets back.

? LOOK AT THIS SORT ? Is everyone as excited as me to see this face on our screens on Monday !?? ???❤️[email protected] @itv2 #countdown #5days #monday4thJune #itsgoingtobealonghotsummer ?☀️

Unless she was lying about pulling pints and was in fact "fitter at Tarmac" in her previous life, Dani Dyer does not appear to have a LinkedIn 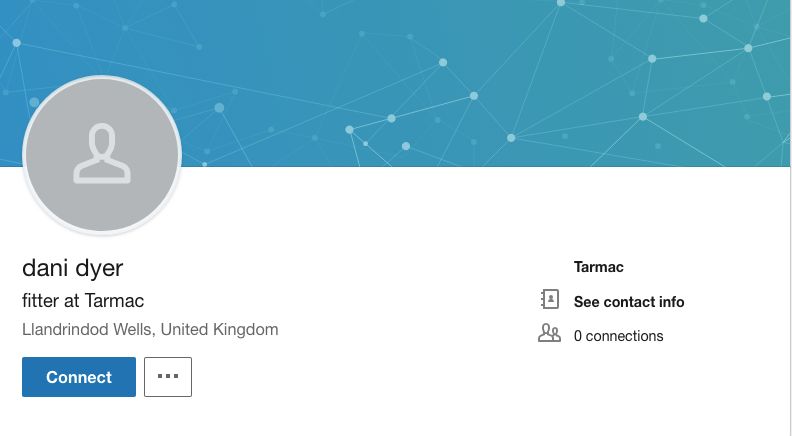 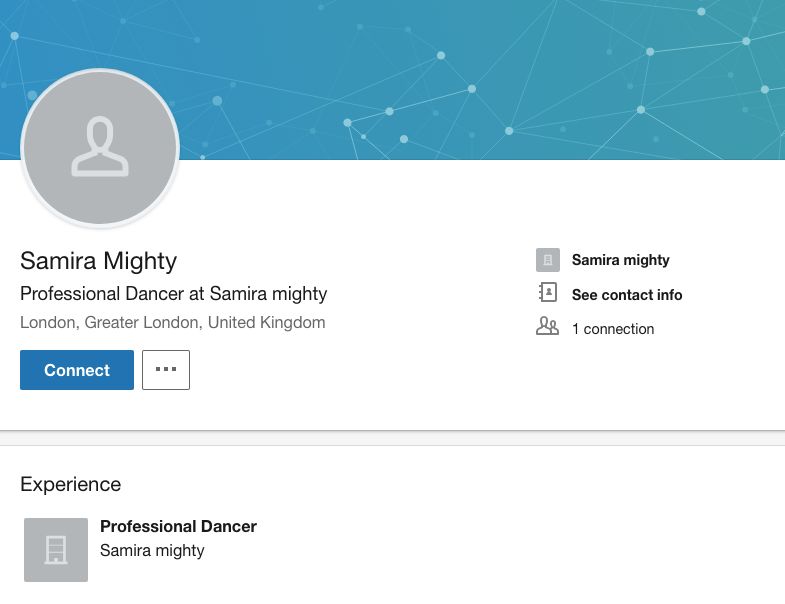 Samira's LinkedIn is pretty minimal, but you probably don't need a sparkling LinkedIn to get cast in Dreamgirls and Mamma Mia. Her acting pages are way better. 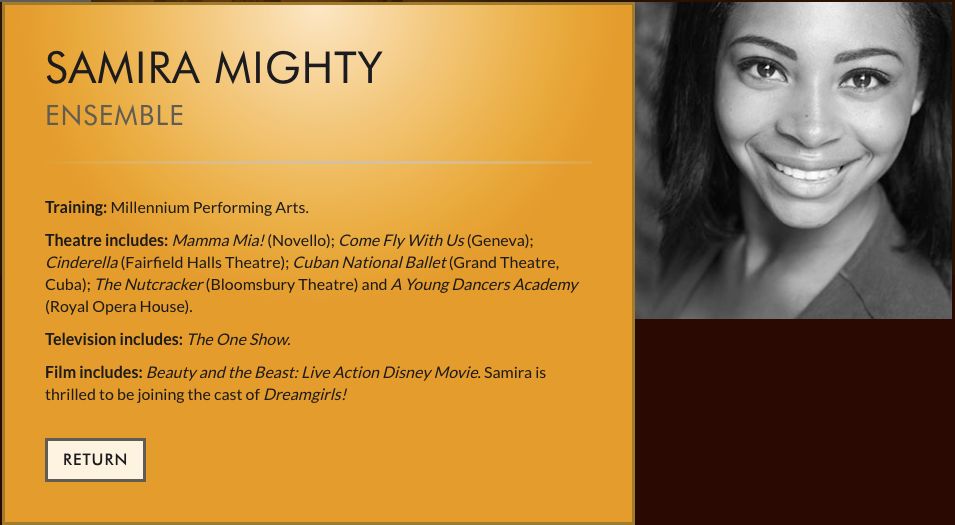 This is from her Dreamgirls page. She's been on the One Show!!!! Her vast range of skills might prove useful for survival in the Island. One a whim, Samira can muster an American-Standard (not a new McDonald's burger) accent, alongside RP (the Queen), Australian, and Jamaican.

More impressively, she's not limited to walking like the rest of the singularly mobile islanders. Not only can she rollerblade and ice skate, but horse ride and swim. So there you go.

Niall doesn't have LinkedIn. Or fifteen abs. Instead he's got chat. Pure chat.

But you came for information and pisstaking so that is what you shall receive. The information: Niall's surname is Aslam. The pisstaking: For somebody so into children's books, it's fucking funny that his surname is a misspelling of the lion from The Lion, The Witch, and The Wardrobe.

Hayley doesn't seem to have a LinkedIn, but maybe the Liverpudlian model doesn't need one. Upon winning the beauty pageant Miss British Isles 2015, she was signed to modelling agency J'Adore.

There is this quite jokes video of her with a puppy though.

HAYLEY from BACKUPS on Vimeo.

Surely a nuclear systems design engineer would have a LinkedIn. Looks like he, uh, skipped this particular social network.

No LinkedIn for Kendall, just a trail of breadcrumbs on her Instagram hinting at what she does for a living.

For every school shoe fan out there, all signs point to Kendall's shoe shop being Clarks.

The countdown is on (not like any of us are counting down right?) Tune in Monday 4th June to see our very own Kendall Rae in this years love island ☀️? #itv #loveisland #2018 #summer #loving #kendall 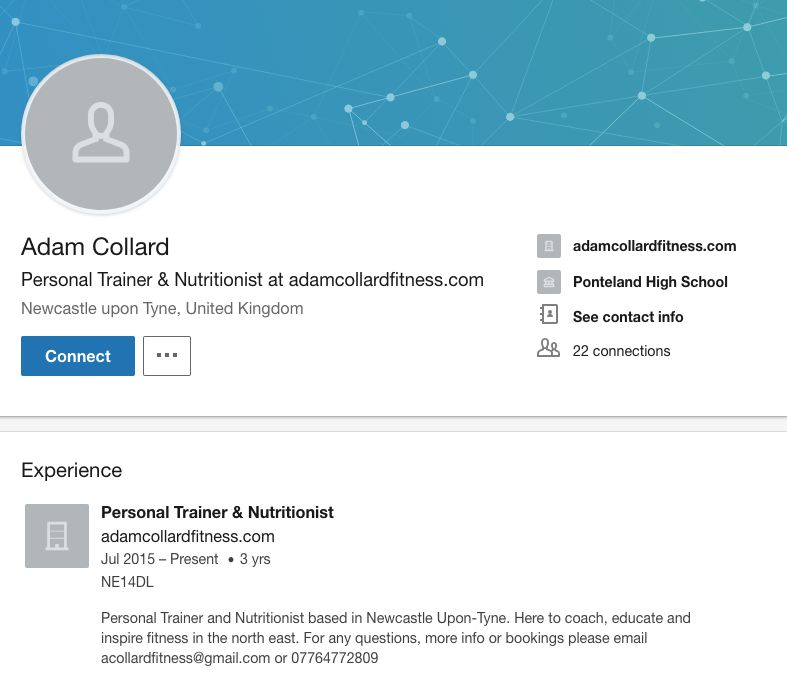 Adam, you will no doubt know already, is a personal trainer. But is he any good as a nutritionist? Depends if (get ready for a zing) he manages to make Kendall swallow his bullshit.

Who’s going to win Adams heart? Tune in to @loveisland tomorrow night 9pm on @itv2 to find out #loveisland #teamadam

To be fair, it's a nice LinkedIn. Adam is currently consumed by the pressure of "playing the game". In the normal world, he wants you to know he's here! to coach! educate! and inspire! fitness. Except his fitness website isn't up any more as it's expired. 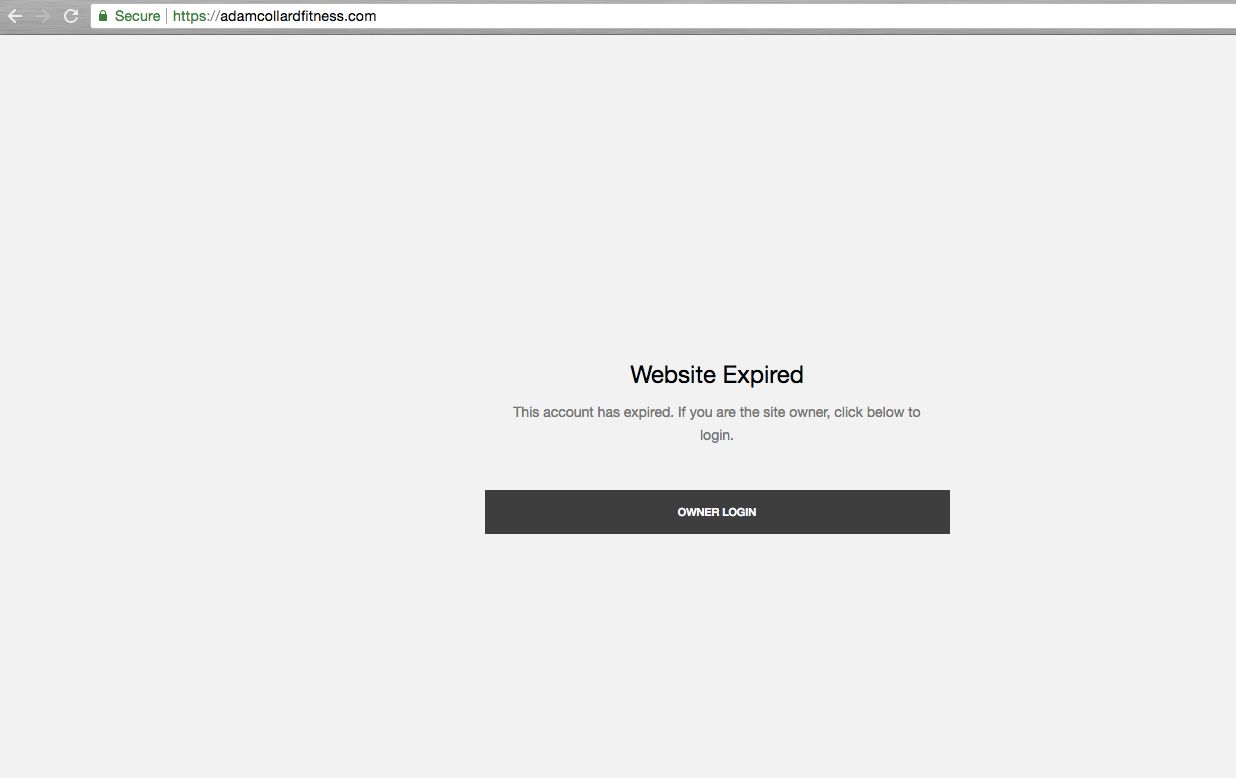 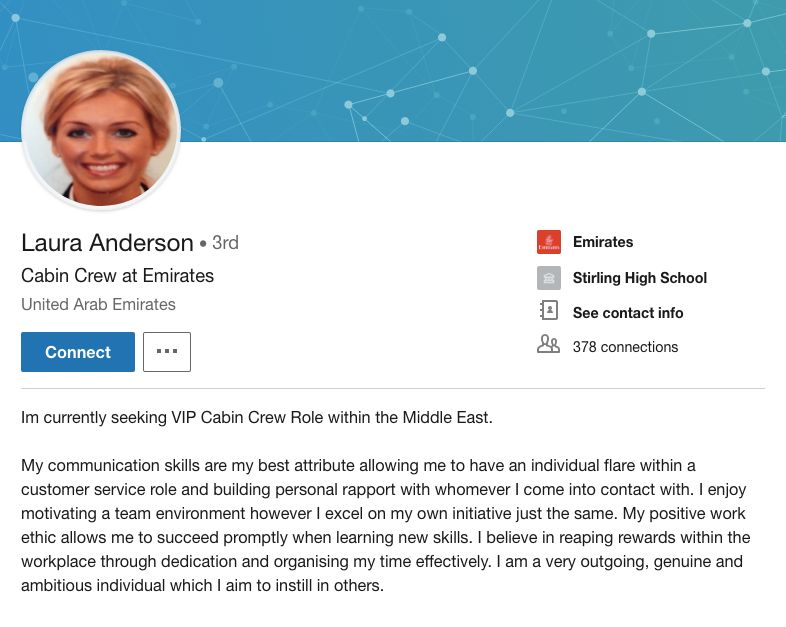 Though this is an impressive bio, the devil is in the detail. Not only was Laura entrusted with looking after first class guests on her flight, in the event of an emergency she has an individual flare, alerting people far and wide of the plane's location.

Hints to her tactics for the villa are also hidden there. Her speedy romance with Wes is foreshadowed by her "building personal rapport with whomever I come into contact with," whilst her "outgoing, genuine and ambitious" personality points to her desire to win at all costs.

Further down her profile, you can also see she's done a stint at at HM Revenue & Customs, presumably storming into new meetings, full of ideas, shouting "I've got a tax!"

That came after she left Stirling High School, so it looks like Laura didn't go to university. Leaving the world of tax, Laura moved into her cabin crew debut with XL Airways, and from there juggled modelling work with catering work, before going on to Emirates. 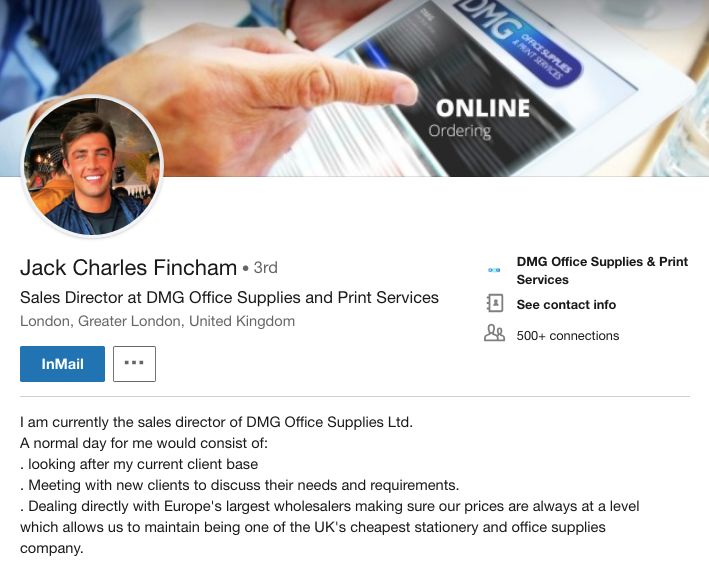 Jack's is probably the most impressive LinkedIn of the bunch. He's got a sackful of endorsements, a thorough sales pitch of his business, 500+ connections, and a prime shot of those pearly whites. 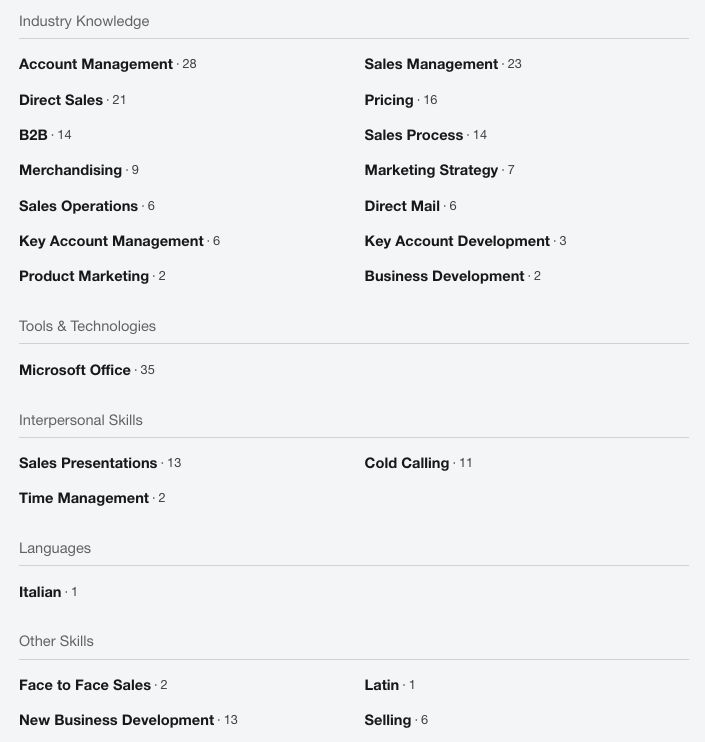 No fucking about from Jack here

Four years at DMG Office Supplies & Print Services have seen Jack rise to the rank of Sales Director. And while Dani's dumping has left him to try single life, Jack's more used to trilingual life, as he can apparently speak Italian and Latin.Only one thing is missing from his profile:

Stunningly, it is not possible to determine whether Jack specifically engages in the sale of pens or not.

Court is adjourned…time for some fun! #loveisland2018 ?❤️

At this point in time, we don't really know enough about new arrival Rosie to comment, but safe to say she doesn't seem like the kind of girl to have this as her LinkedIn.

• Exactly how old are each of the contestants, and does that mean your dream of stardom is over?

• In detail, what does Adam look like with not many clothes on? (Not legal in all countries)

• Just when you thought you knew them, turns out they're all Tracy Beaker characters grown up.