We’re all guilty of it

We all know the story of Cinderella. She goes to the ball as a princess and meets Prince Charming, but as she's about to return to her normal clothes, Cindy runs out of the palace and one of her shoes falls off.

Now this may have seemed like an innocent mistake due to how fast she was running, or a sweet plot line by Disney to reunite the lovers. But actually, what Cinderella was doing was clever dating technique, guaranteed to get her a second date and see the guy again.

This is Cinderella-ing, where you leave an item of clothing behind at the house of the person you saw the night before. This means you either have to go back to theirs at a later date to retrieve it, or they'll come to you to give it back. 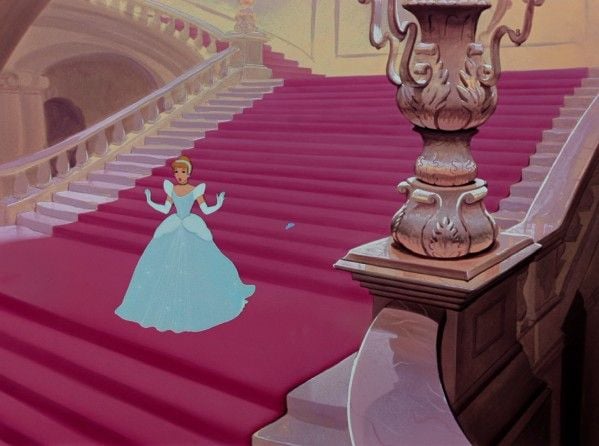 The inspiration behind the revolutionary dating tactic

You could "accidentally" leave your expensive jacket, a pair of shoes like Cinderella, a favourite jumper or simply all your clothes from the night before.

The more expensive or irreplaceable the item the better, as it means they have to give it back because of the monetary or emotional attachment to it. You can't just pop to Primark and replace that leather jacket from All Saints mum bought for your 21st birthday, or the pair of black Converse you just purchased last week.

The best thing about boys is stealing their oversized clothes to sleep in ?

taking a cab ride home in all boys clothes….. #rideofshame (but not really)

This tactic can also work via borrowing their clothes after a night spent at their house, where you strategically borrow their favourite sweatshirt knowing they would never give it up and would definitely arrange to meet you again. They'll ask why you can't just wear your jumper, but it's important to make up some excuse like yours smells of stale fags from the night before, or sweetly say how much comfier theirs is in your hungover state.

But what this all boils down to is a one way ticket to seeing them again. There's no way you would just do a clothes swap – you'd have to meet for a drink before the swap.

You'll probably continue this cycle again and again. And if they aren't a Prince Charming and ask for their sweatshirt back for the fourth time, at least you've got a new hangover jumper out of it.