Youthquake is the word of the year, I asked people if they can actually guess what it means

The Oxford dictionary chose “youthquake” as the word of 2017. Defined as: “a significant cultural, political, or social change arising from the actions or influence of young people”. The term saw a 401% increase in usage from last year.

That's nice and everything, but I'm 80% sure no one under the age of 45 has ever said “youthquake”. Maybe they use that term in the Lake District or in towns where there's no phone signal and it's like 20 minutes to the nearest bus stop. But it's definitely not used here – in civilisation.

Some of Oxford's other selections make slightly more sense:

Antifa noun: A political protest movement comprising autonomous groups affiliated by their militant opposition to fascism and other forms of extreme right-wing ideology

White fragility noun: Discomfort and defensiveness on the part of a white person when confronted by information about racial inequality and injustice

Kompromat noun: Compromising information collected for use in blackmailing, discrediting, or manipulating someone, typically for political purposes

Unicorn adjective [attributive]: Denoting something, especially an item of food or drink, that is dyed in rainbow colours, decorated with glitter, etc.

But some of their other choices are just weird af:

Gorpcore noun: A style of dress incorporating utilitarian clothing of a type worn for outdoor activities

Milkshake Duck noun: A person or thing that initially inspires delight on social media but is soon revealed to have a distasteful or repugnant past

Broflake noun, informal, derogatory: A man who is readily upset or offended by progressive attitudes that conflict with his more conventional or conservative views

Am I just totally behind the youth zeitgeist? Maybe the past year everyone has been tweeting, “omg literally Katy Perry is the biggest #milkshake duck eva” or “fuck Boris Johnson, he's such a #broflake”. To find out, I went onto the streets of London to ask people what they thought these words mean. 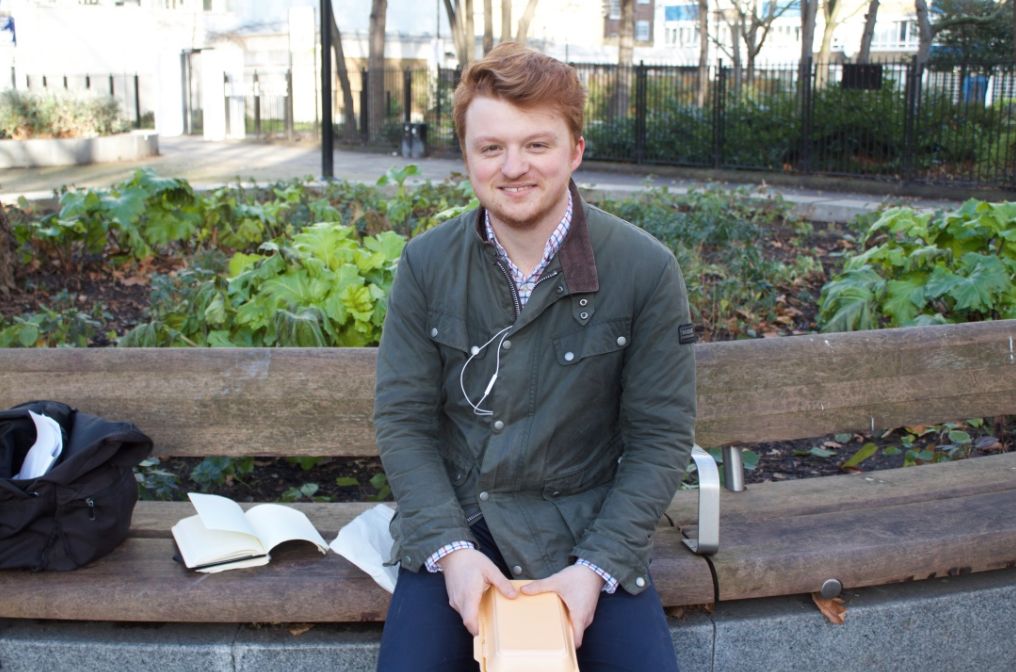 Is it the phenomenon with all the young people showing up for Corbyn?

Go on mate, that is it. Kompromat?

The idea that you end up getting evidence on something nefarious and use that to influence them.

You're so eloquent you are literally teaching me words. Broflake?

Mmm yeah. But not in a “please don’t make ‘ya mum’ jokes”, more in a “positive discrimination is racist to white men” kinda way.

I like it, I will be using that, I don’t know when because I don’t really frequent men’s rights blogs, but I will keep it in the back pocket.

Is it a weird sex move? Milkshake has certain phallic connotations. Maybe aiming the you know what at someone and like they have to get out the way?

Sounds savage to be honest. I get what your saying though, like that sex position the donkey punch?

Yeah. I would be interested in the etymology of this to be honest. I assume it doesn’t derive from Latin?

Lol. Gorpcore? Clue: It's not from Star Wars.

Has it got something to do with spectating? I mean it sounds like normcore – that minimalist fashion trend. Is being a perv in? Maybe Peeping Tom is going to be the theme of Chanel's A/W Chanel runway show.

It’s a style of dress that has utilitarian properties. What would your word of the year be?

I don’t want to make up a word, I stick to the dictionary. 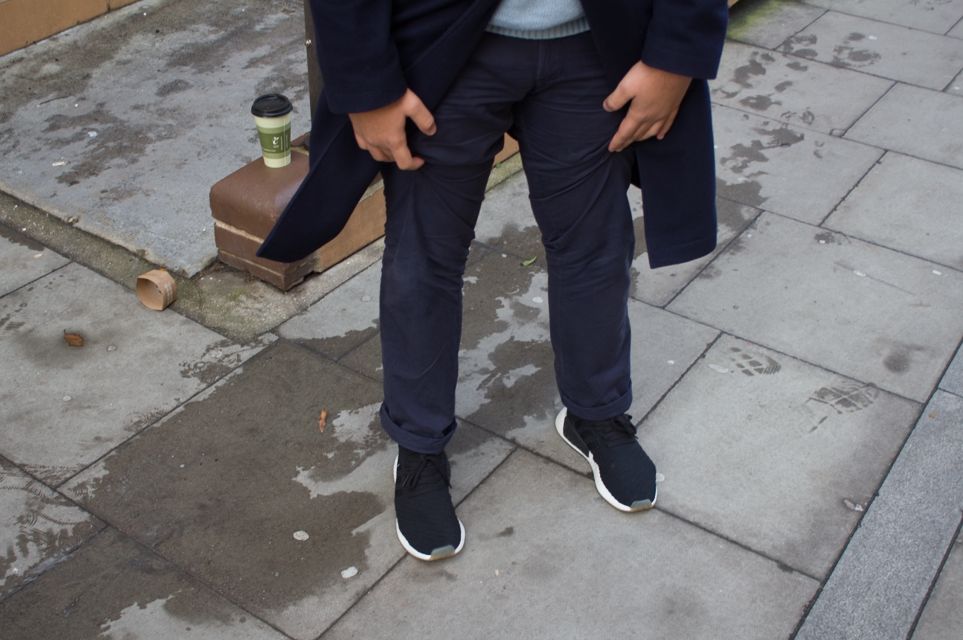 The word of 2017 is youthquake, what do you think it means?

A sudden increase in youths, like mums pushing out way more babies than ever before.

Like a chocolate flake? Wait. Are they all sex related?

When I think flake I think wood or tough guy. Either in the bedroom or in the mind.

Where does gorp derive from?

I am not a linguist.

My vocabulary isn’t very diverse, I like to stick to the basics yanno “h.e.l.l.o.” and that kind of thing.

What word sums up this year for you?

[Shah winks at me and walks off, letting off an absolute youthquake]. 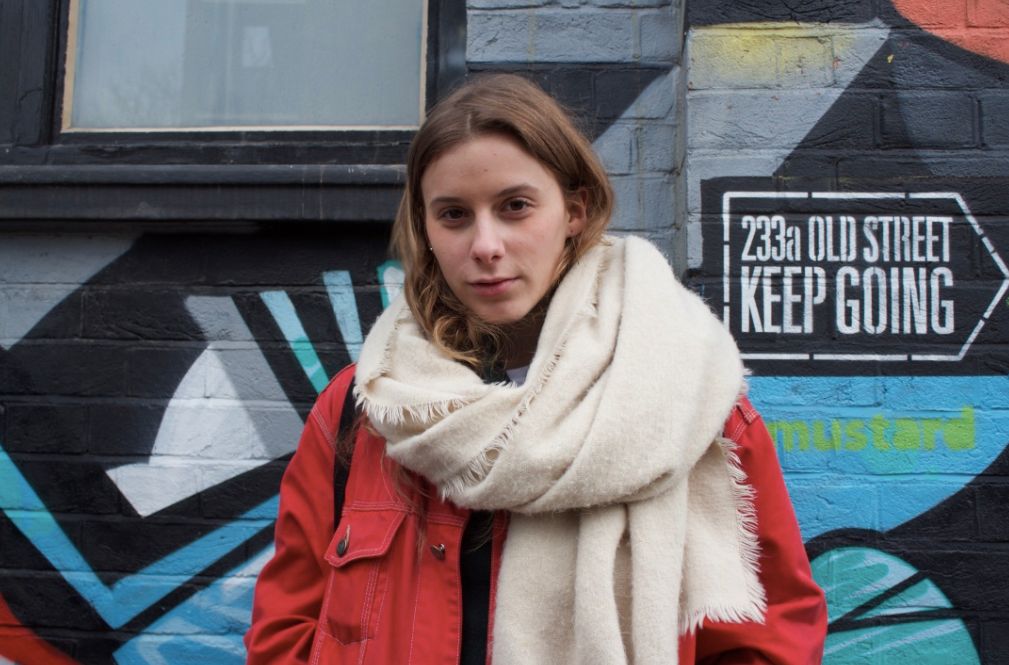 Like if you were in a club and there is a bunch of young people there, like popping bottles, getting low – it would be a youthquake.

I mean yeah, I guess – as long as VKs were involved. Kompromat?

Compromise? Is it like an amalgamation of two words? All though I don’t know where the mat sits in all this.

Naa. It is compromising information given in blackmail. Broflake?

A tough guy who's actually a bit of a flake, like he goes to the gym, he is wedge, he shows off but then really, his is soft and floppy as shit.

It's a man who is really freaked out by social change, like feminism or something.

A guy who's scared of female power? I will be using that.

Milkshake is quiet a powerful thing for women I feel, like “my milkshake brings all the boys to the yard” is iconic. Is it a type of person who uses what they have to manipulate a situation to get what they want. Like a milkshake duck could squeeze a drink out of anyone.

I like it, a duck that knows what it wants. Gorpcore?

I guess gorp could be a new word for garms?

Nope. What would your word of the year be? 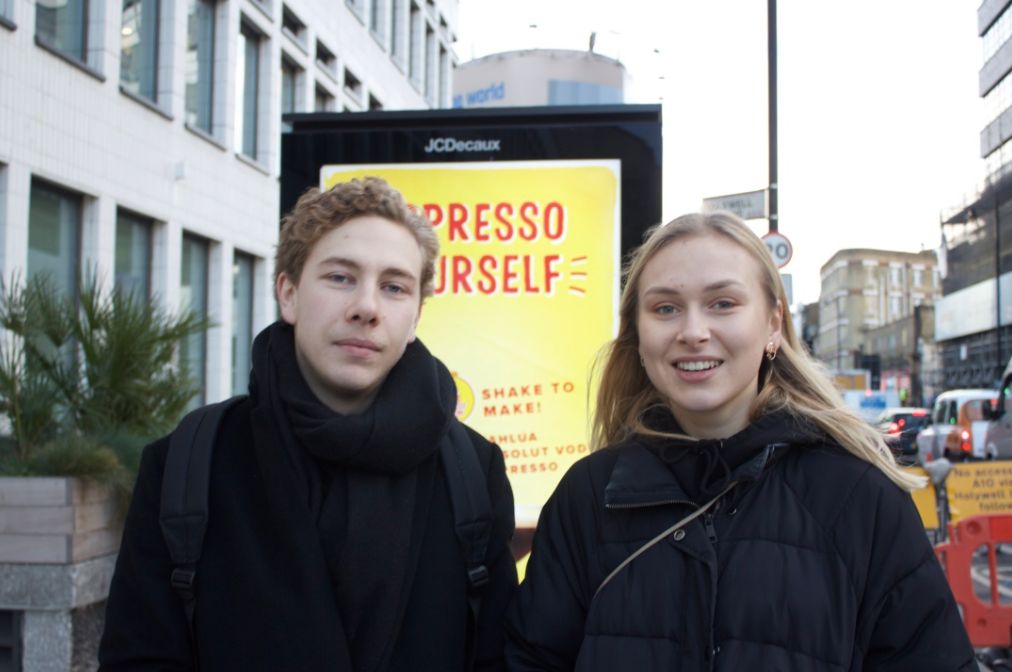 What do you think Broflake means?

J: Snowflakes melt. So a bro that you meet on a night out and he buys you a shot and stuff and then ends up totally forgetting about you.

Yeah he’s like “you’d get on so well with our mate Robbo, you need to come out with us”, before never accepting your Facebook add. But still, you’re wrong. It is a man scared of social change. Milkshake duck?

J: Some kind of cult? A cult of gorpers?

J: We are from Sweden so it would be a Swedish word.

You can teach me a Swedish word.

J: People talk a lot about hubris where we are from. Like people thinking really highly of themselves.

That feels relevant to 2017 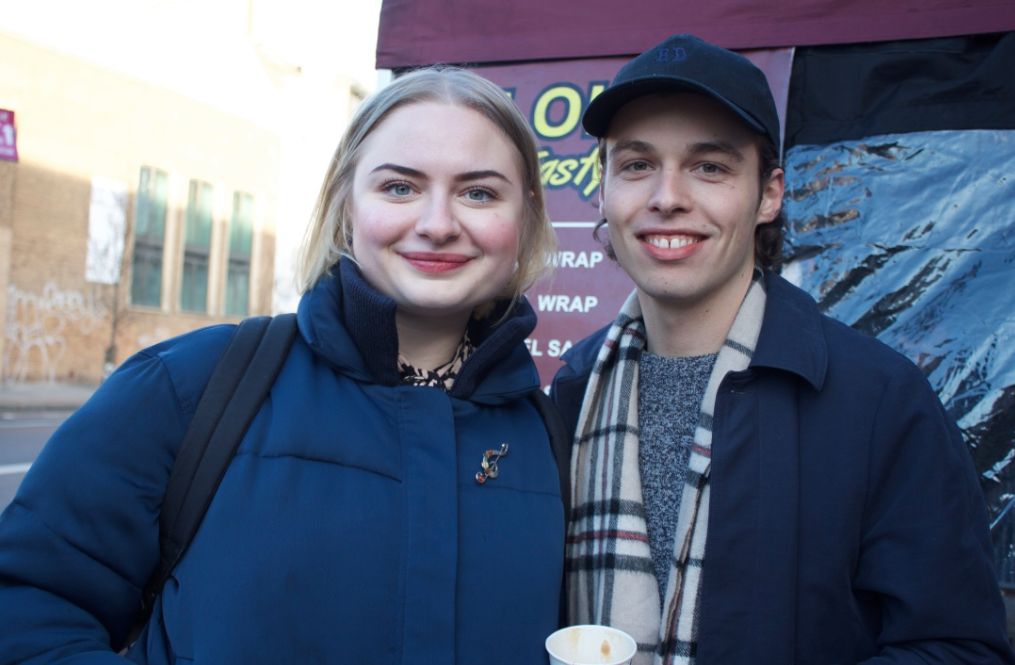 H: Is it Jaden Smith?

H: But he is basically a God or North West, not Durham but Kim Kardashian’s kid. What I mean is young people letting off absolutely banging pop culture.

H: Is it a politician who doesn’t stand by their principles? Or is it, you know that door mat from made.com that is white with black crosses? That everybody has and they are on tube adverts and everyone’s like “look at my edgy doormat bitches”.

Wrong, it's to do with blackmail.

H: Yeah, so we were on the right track.

Yeah you’re right, but not a woke “I hate cis white men” guy, it’s a man who's upset by political correctness aka – not saying stuff which makes you sound like a dick – because he’s well conservative.

H: John, your dad is a broflake.

G: Um, thanks? That’s good because we can now call those conservatives that call us “snowflakes” “broflakes”.

H: I really like that one because it calls out their weakness.

[Holly bends over and does a twerk/duck waddle].

It’s to do with social media.

G: Is it something to do with how everyone keeps bringing up things people said years ago and being like “you’re a horrible person” and then you’re like “I was 14, I don’t use the word ‘chav’ now”.

H: Or like calling someone a hoe was bad ten years ago but now it’s like, “yeee hoe”.

I think there needs to be a word for this, I just don’t know if milkshake duck is the best one.

H: [In a strong Liverpudlian accent] I bet some softy southerners made this crap up.

H: Woke for sure. It's had a good linguistic arc. At first you wanted to be woke and now it's like ew you're trying so hard and you're a middle-class white person.