Exclusive: Man on Bumble tells girl ‘if you went to the gym, I’d smash your back doors in’

Sadly, it's not hard to find nasty people on apps like Tinder or Bumble these days. But it seems like this week on "Dickheads on Dating Apps", we might have found one of the worst messages ever sent to someone.

Sam, a 23-year-old from London who is newly single, received a message on Bumble last night, in which a man named Michael told her he'd only consider meeting with her if she "put a tiny bit of effort in the gym." He attached this message with a picture of a skinny girl in underwear. 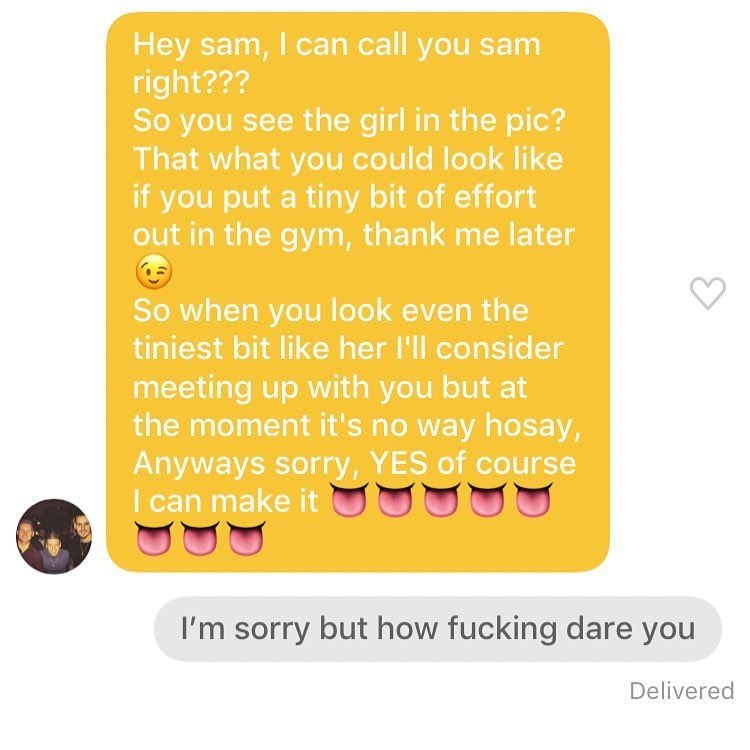 But Michael didn't stop there, he continued: "So I'm not gunna lie I'm a 10/10 and your clearly a 5 at a push 6 so with my advice I could push you to a 7 which would make me want to smash your back doors in.

"But at the moment it's a no, sorry babe but mike pumper has to move on! When your looking tip top I'll let you know, you look like the desperate waiting type so I'll hold you to that, Thanks, Love Mike." 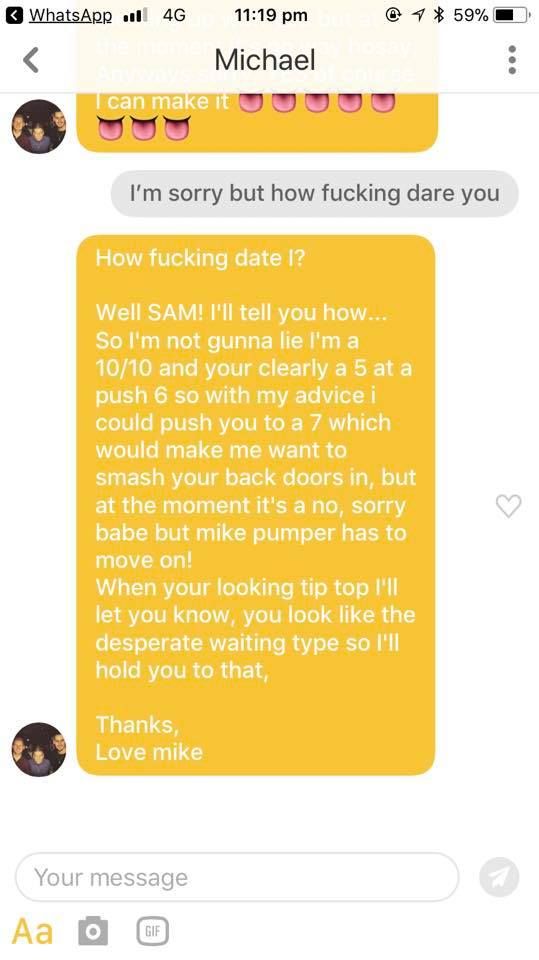 Since receiving this message, Sam has reported Michael on Bumble. Speaking to The Tab, she said: "We spoke for a bit and we talked a little about meeting up. I wasn't too sure cos I didn't know him.

"Next thing I know, I'm at my work Christmas party and I get a message from him, in which he said he looked at a few of my pictures and informed me I was too fat too meet him.

"I wasn't sure if that kind of behaviour was normal. It took a lot for me to say hi to someone in the first place and it was really hard to receive that message. I haven't been feeling great about myself anyway, but that's my own problem. It's having your own insecurities thrown back in your face by someone you don't know, which really got to me." 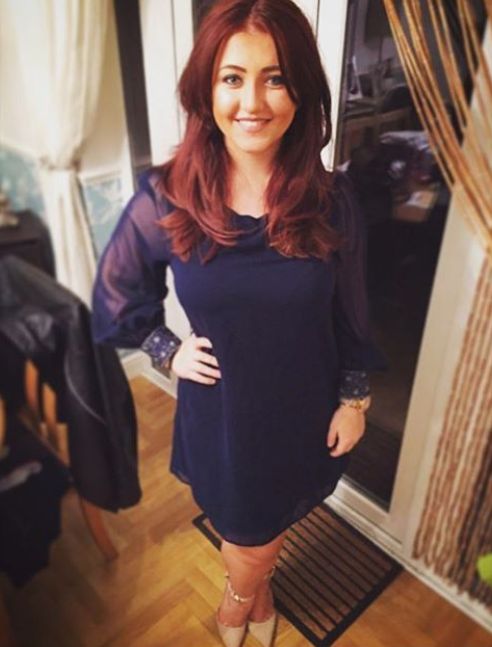 Since she posted the screenshots on her personal Facebook, she's received many messages of support. However Sam worries there are hundreds of girls, receiving these kind of hurtful messages, who won't receive the kind of support she did.

She said: "I worry because I've got some really lovely people around me who have supported me, but what about the girls that don't? It can be a really slippery slope when these things start affecting you. And it's so unfair that someone thinks it's okay to say such disgusting things, without considering the other person's feelings."