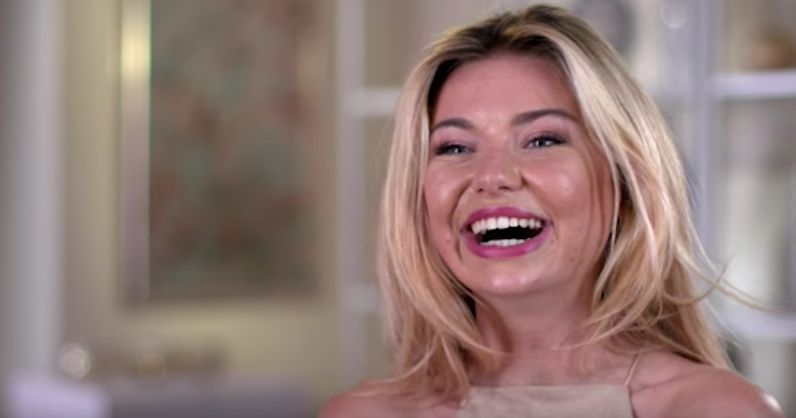 From state school to reality TV star: Everything you didn’t know about Georgia Toffolo

She previously worked as an events manager

Georgia Toffolo is mostly known as Toff from Made in Chelsea, and this year, she's been crowned as the winner of I'm a Celeb. The whole nation expected the socialite to be squeamish and didn't think she'd be able to withstand the disgusting Bushtucker trials, yet she's proved everyone wrong.

But what if you were to find out that Georgia Toffolo actually went to a state school and that her family's not that posh? Yeah, most people didn't expect it either:

Let's face it we all expected #Toff's mum to be much posher. I was expecting Camilla Parker Bowles at least:) #ImaCeleb

So who actually is Toff? And did she fool us into thinking she's really posh?Here's everything you need to know about her:

The 23-year-old was born in Devon and raised between London and Devon.

Toff was a pupil at the Stoodley Knowle Convent School and played tennis competitively, winning local tournaments at the age of 11.

She then attended Torquay Grammar School for Girls, a selective school in Devon, for girls aged 11-18. After, she went on to study a LBB law degree at the University of Westminster as she wanted to work in commercial law, and get into politics later.

Her family aren't actually that posh

Anyone who watches Toff on TV shows she's appeared on like Celebs Go Dating or MIC, would think she's as posh as aristocrat, Mark Francis. But Toff's dad, Gary Bennett, actually has a background in the scrap metal trade. He has described himself as "a normal Devon guy, who works for himself."

And many on Twitter were surprised to hear Toff's mum's accent too, pointing out that she doesn't sound as posh as Toff.

Two years' worth in fact. Toff worked in a charity shop and an old people's home. She's also worked at a family-run solicitors in Devon and a London law firm called Family Law in Partnership.

She's really into politics and wants young people to vote

If it wasn't obvious enough, Toff is a massive Tory and she supports fox hunting. She's stated previously that she wants to get into Politics.

In 2015, she worked for a centre-think tank called Parliament Street as head of events.

On her Instagram she's posted various political images, one calling Winston Churchill a "legend" and one of a polling station sign, encouraging people to vote.

Please everyone. Don't forget to go and vote in the elections today!

She's also said before: “Winning the support of young people could mean the difference between success and failure, so it’s time politicians took these audiences seriously.”

According to The Sun, Toff was the lowest-paid star, while the highest paid celebrity was Amir Khan. He was given £300,000 to appear on the show, around 23 times more than Toff.

But after her win, she's projected to make millions.