I will never get those three minutes back

Every year the Loughborough Exec team make a video to tell us all how they're going to run the sportiest uni in the world. They're always cringe, vomit-inducing, and it's rare you'll make it to the end. And spoiler alert: this one's no different.

This year's chosen cover was Justin Bieber's 'Despacito'. One of the most popular songs of 2017, it was an obvious choice. A little too obvious for my liking, but that's just me.

So, to save you from having to watch it yourselves, I'm going to run you through the highs, the lows, and moments that made me violently gag.

We begin with an eery scene, a purple t-shirt clad man sits smiling creepily atop a fountain, lit up red. 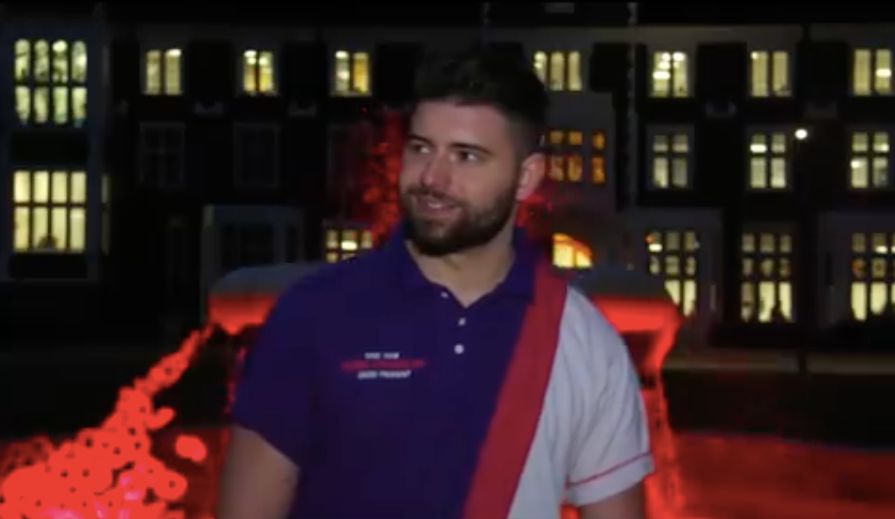 First impressions: I'm scared, confused and certainly not confident in the ability of the Exec team.

But can we quickly talk about the ugly, ugly t-shirts? I know that's like their uniform or something, but it's not necessary to wear something that harmful to my eyes. 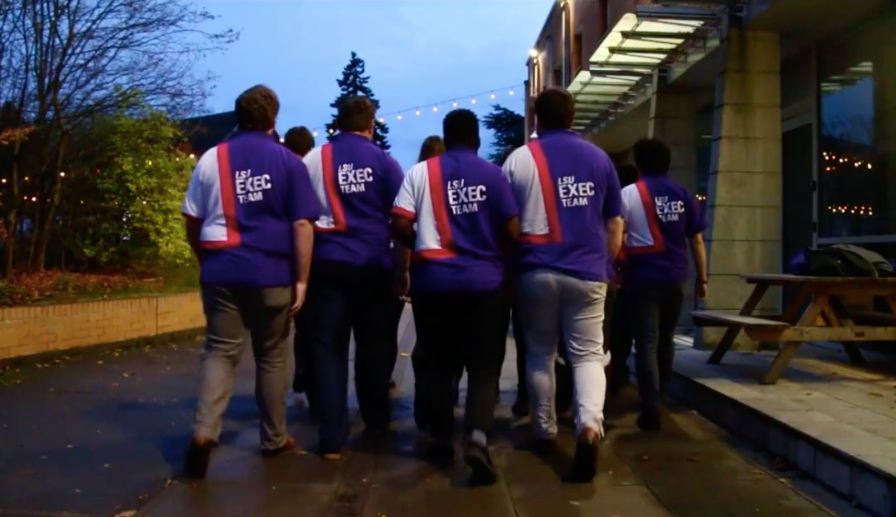 Also, why are they filming this at dusk? Not day time or night time, they didn't use a flash, nor did they benefit from natural lighting. They must've been on a strict deadline, too busy playing sport during the day to film it while the sun was up. 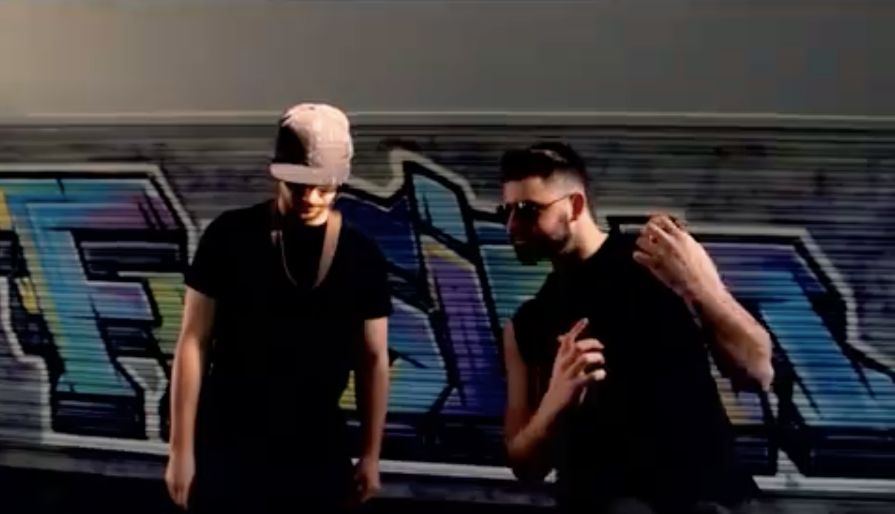 Moving on, we are met with an uncomfortable scene of some sort of "gangster" style pair. Pitbull is coming to mind.

No singing has begun yet, but the tension is building. We are now met by an old man with a ukulele. Who is this man? Is he really playing this instrument? Is he a third year student? 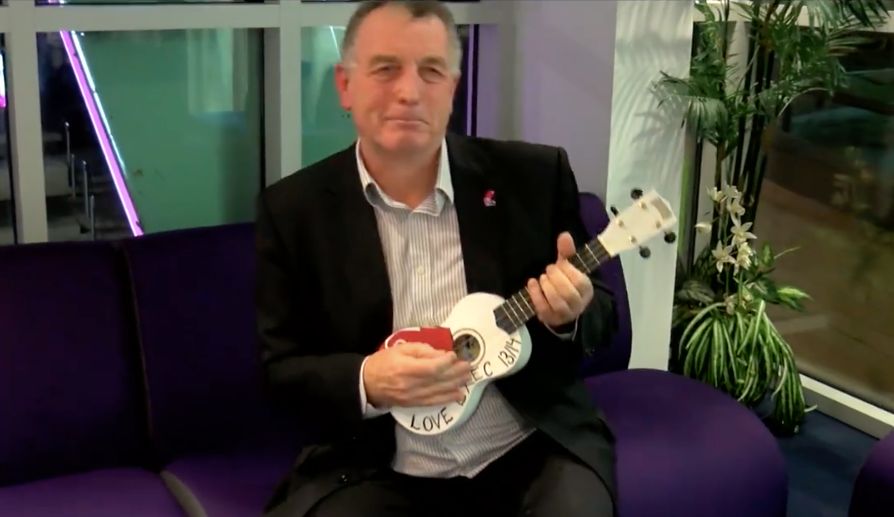 But now, a group approaches! The Exec team? Let's find out.

The singing begins and the use of autotune is really, really bad. Admittedly, the parts that are autotuned are better than those that aren't, as the singing is horrific. However, it feels unnatural listening to human voices being contorted like that, kind of like a shit Kanye West song.

They start telling us the nightlife at Loughborough is great, in front of a backdrop that can only be described as the worst night out ever seen. 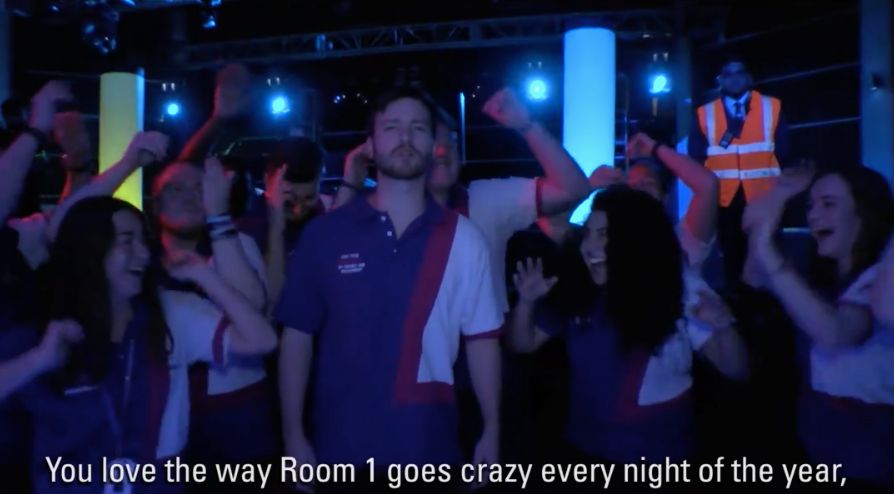 A game of ping pong has ensued in the next shot. I'm now confused as I was told this was a sporty uni, but surely there's at least one student at Loughborough who can play ping pong with an ounce of flare, style and maybe even skill? It seems not. 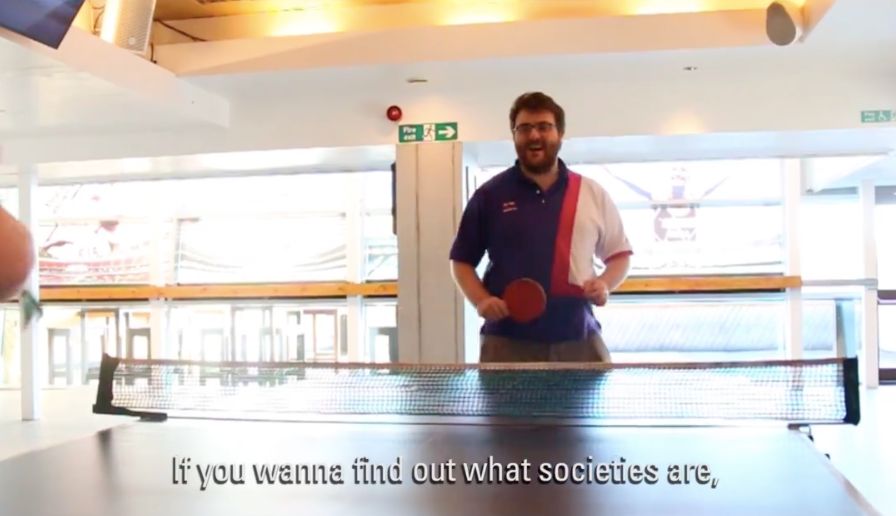 And then finally, the chorus arrives with this: 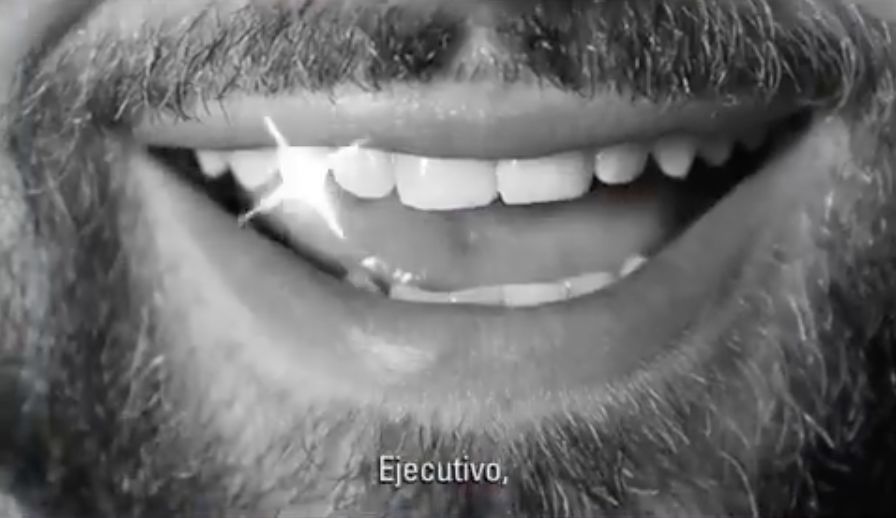 WHAT IS THAT??? It's a very close up image of a mouth. I feel violated. Why? WHY.?? You can literally seee his spit.

And "Ejecutivo"? Is anyone else seeing the word "ejaculation" next to this man's mouth?

Swiftly this cuts to a radio studio – thank god. This has potential, right? WRONG. Who is this girl? She thinks she's Nina bloody Kraviz. I'm pretty sure she's not even mixing anything. This segment goes on for far too long and my cringe tolerance level is running very thin indeed.

It gets even thinner by going from a dodgy night out to a girl with some dogs. Distract the audience with fluffy dogs is a nice touch and I think I'm slowly getting back on board. 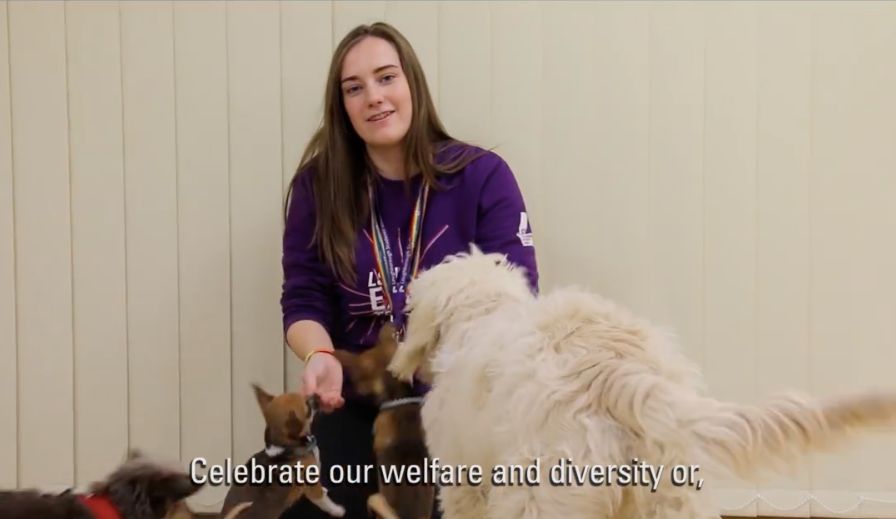 Then something very bizarre happens, there's a man sat on a fountain (again) surrounded by memorial poppies, gesticulating as if he's rapping, but there's no sound. An editing issue? Possibly.

Next thing you know there are blue lasers flying from the fountain followed by the monosyllabic exclamation, "ART!" 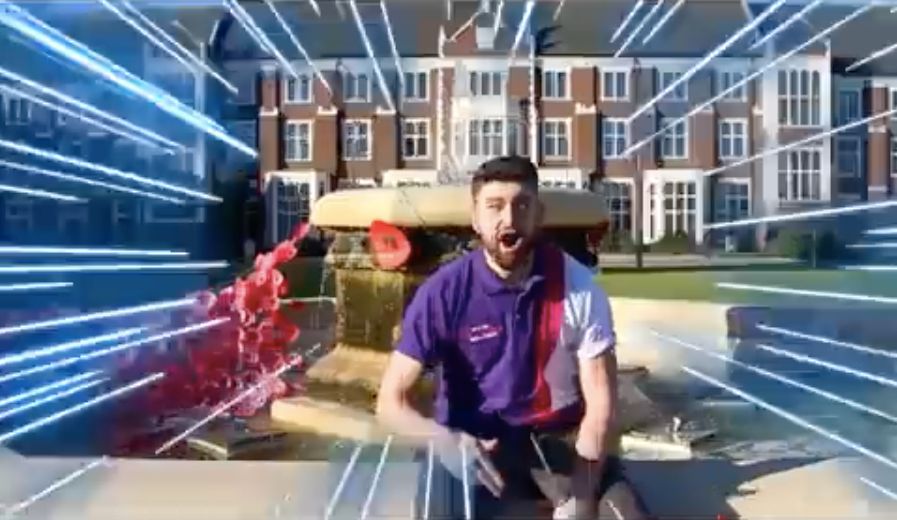 Phew, they've moved on. We're now in the SU and two people are singing about charity work, sat amongst some buckets. They use "charity-oh" to make a rhyme with "ejectuvio", which is basic, but sure.

And then out of no where, this guy shows up: 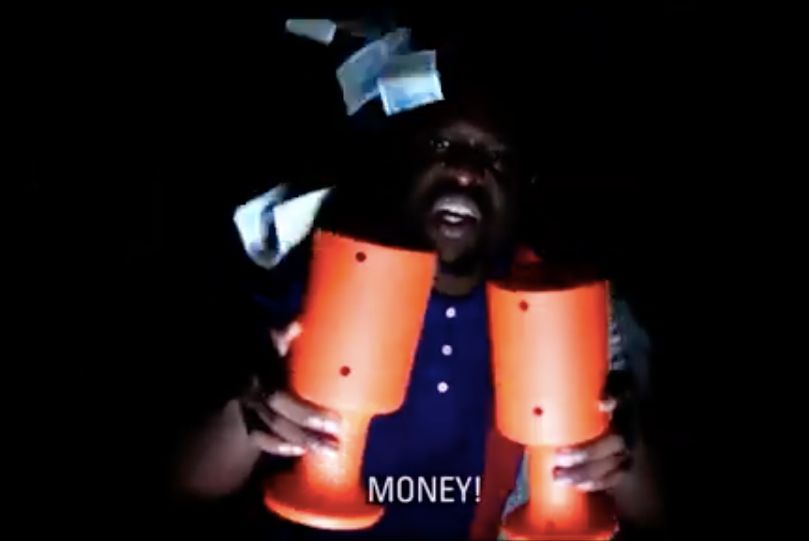 Here I was innocently learning about LSU's fine charity work and a man jumps out of the dark to shout "MONEY!" at me.

Traumatised, the viewer is taken back out to broad daylight from the dark depths of the MONEY! man, where more uncomfortable singing in front of a fountain resumed. It is safe to say they do NOT want to be here. 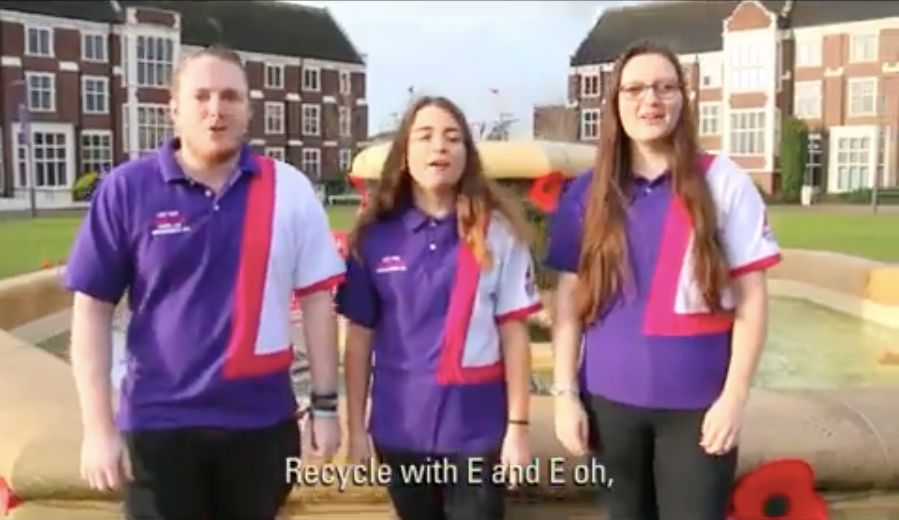 The gangster men are back but now they're outside and telling me that Loughborough is "lit".

Loughborough is definitely not "lit". 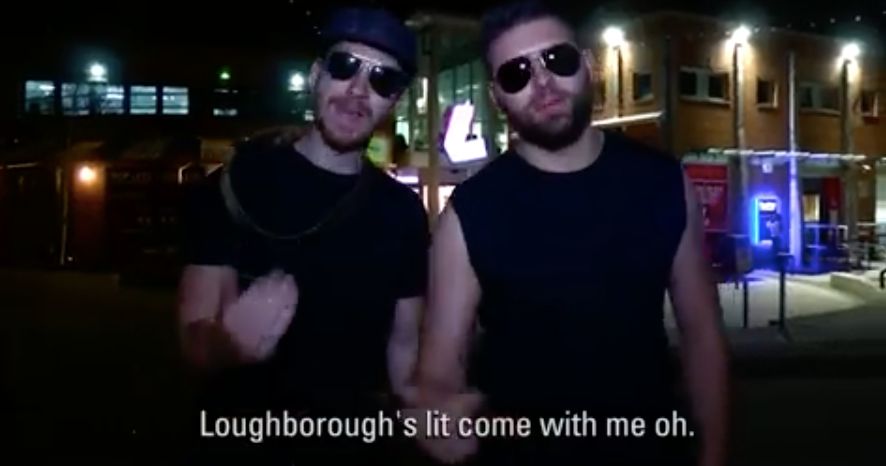 But they're going to try to convince you anyway by showing you some fire. 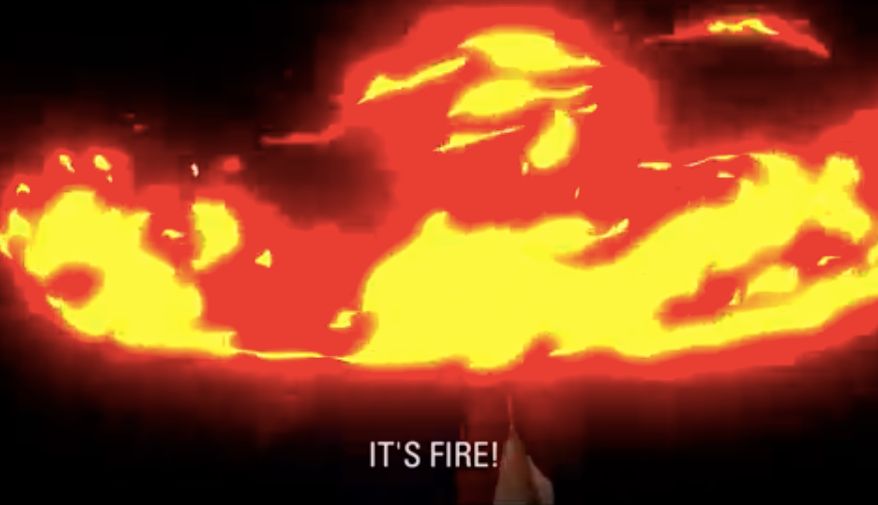 This looks like something out of a Disney movie.

And then, for some reason unknown to me, Scott Mills and Chris Stark, the deadest radio DJs who basically live in the noughties, have suddenly turned up and are "reppin' Loughborough". *shudders* 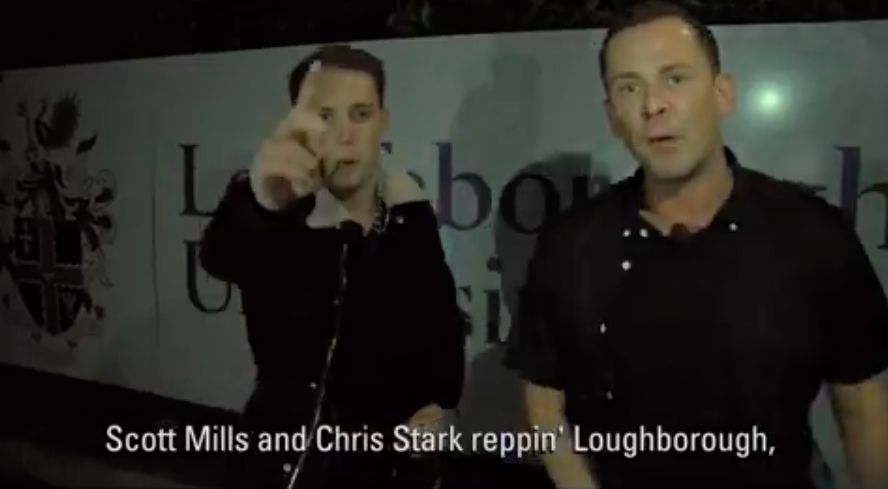 The scene then goes to daylight with some bloke holding a huge fork that he looks like he's going to dig a grave with. 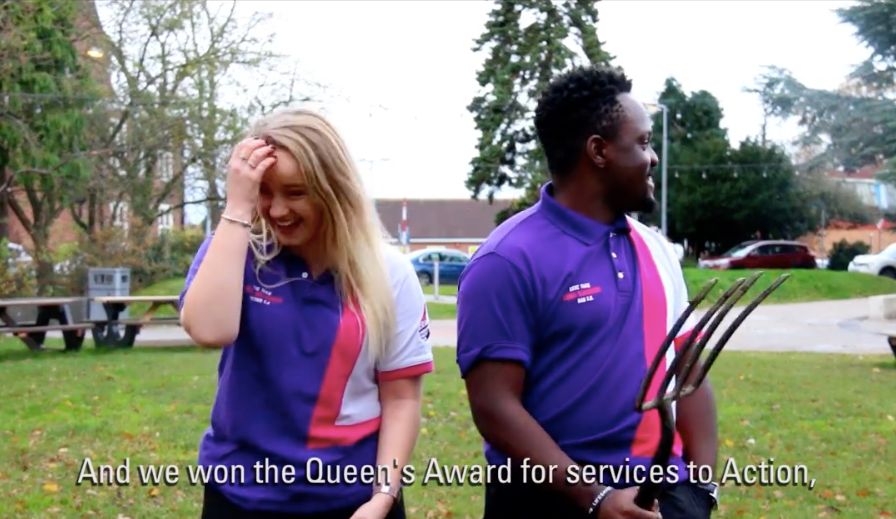 And if that isn't uncomfortable enough, they start doing Inbetweeners style dancing. 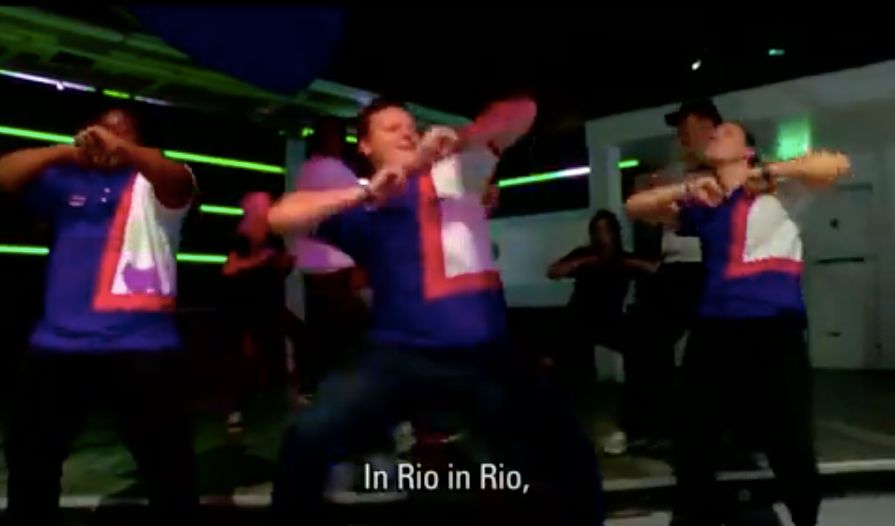 As much as I'm enjoying their commitment to the Spanish element of this song, I can't help but feel that anyone who is still watching at this point will finally quit when they can no longer understand what they're singing about.

Aaaand now there's a dancing montage. You'd think it would be time to go home, they've sung and danced their hearts out. But no, not quite yet, they're still busy telling us that if Loughborough uni had competed as a country in the Olympics they would have come 17th, just behind Jamaica. Good for you, guys. 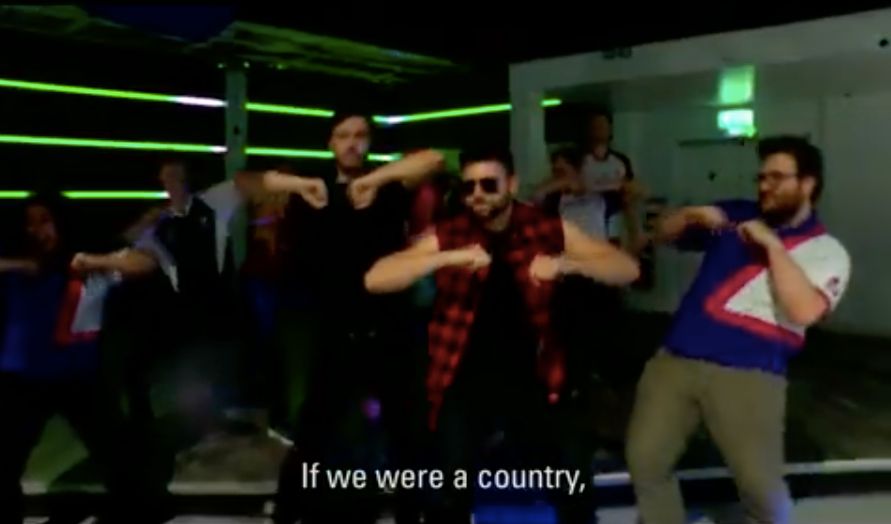 Finally, the Exec team huddle to sing the final "ejecutivo" *shudders again* together before they all walk off in different directions. Where are you all going?!

If this description wasn't quite vivid enough for you, you can watch the full video below. But honestly, I had to watch it three times to write this article and I can't ever get that time back. Think about what you do next.