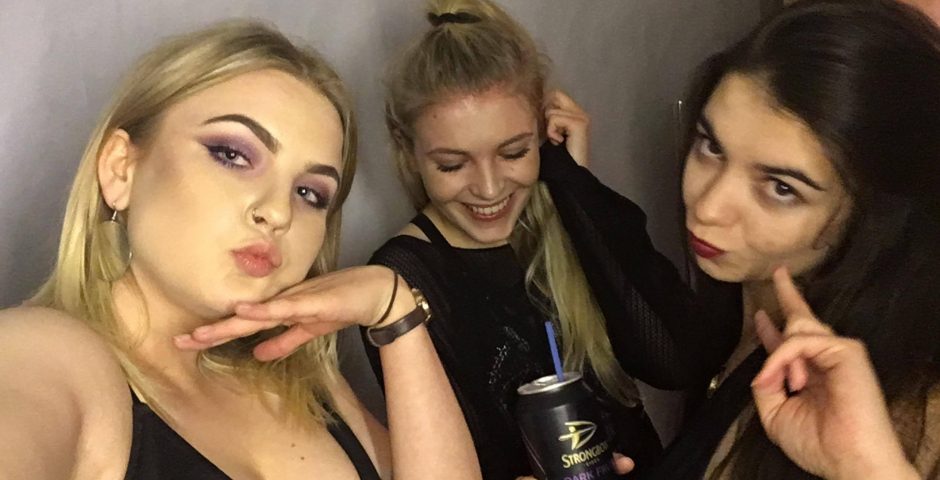 University is an amazing experience, but with the good undoubtedly must come the bad. As a girl, three years at uni is an evolutionary process, full of cringe and tragic moments.

Like when you tried to make vodka cranberry your 'thing', or took up yoga and filled Instagram with the evidence. Or when you thought it was a good idea to shag a rugby lad *shudders*.

We've all been there – here's every mistake you'll make as a girl at uni. 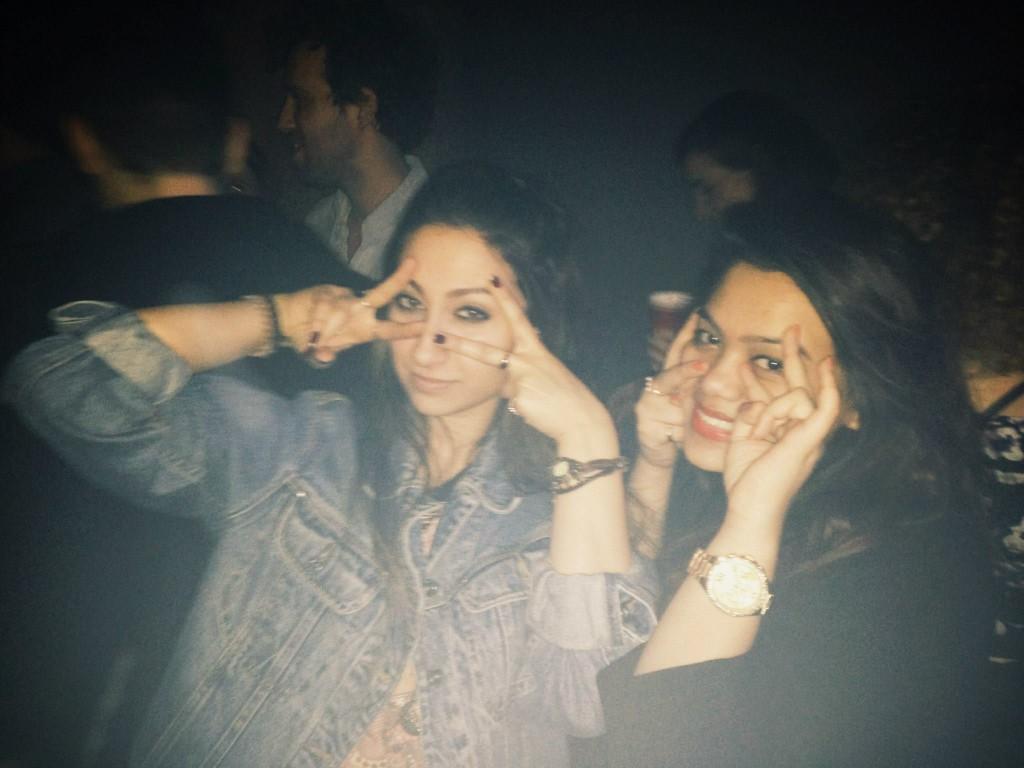 Uni is a fresh start, nobody knows you or anything about you, so now's the time to get that blunt fringe and dye your hair black, right? Bad idea.

Taking every single pair of shoes you own to halls, to only wear the same pair day and night

You'll soon realise there isn't any room and throw most of them away. Those battered Converse you've owned since 2011 won't be worn, and will instead fester in mould until you decide yes, you won't wear them ever again. 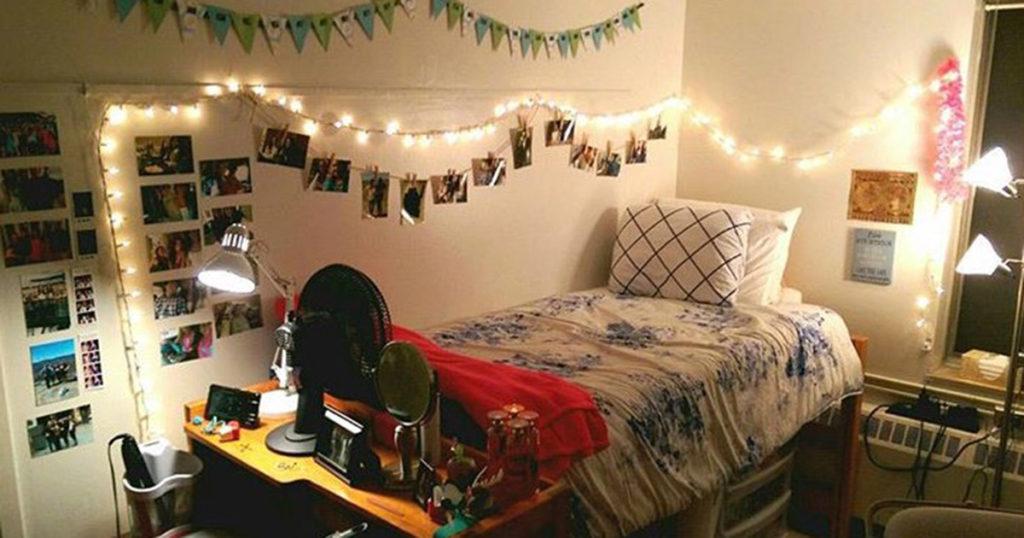 This is basic bitch 101: Get some fairy lights off Amazon with the gift card you got when you signed up for a student account and make your room a massive fire hazard. Who cares! It looks cute on Instagram!

Deciding vodka cranberry was your 'thing'

It's every fresher in the UK's thing and it will give you heartburn. By the end of first year you'll never be able to go near it ever again. You'll hate the taste of cranberry, which will be a bitch when you have raging cystitis after your latest dick appointment.

Thinking you could show off and neck absinthe in pres, and becoming a regular mess

And subsequently passing out and having to be put to bed before everyone goes out – cringe. 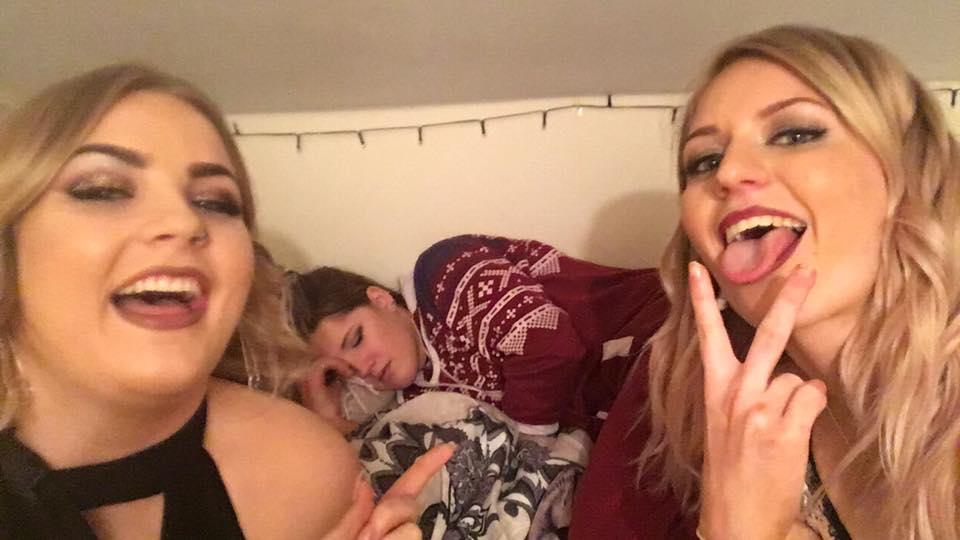 Not breaking up with your boyfriend before leaving

Brad is the love of your life, right? You could never imagine breaking up with him, right? You've planned your future together and how you're going to "make it work" at uni, despite him studying over 200 miles away.

Then accidentally cheating on him with a rugby lad

Yeah, whoopsy! The heat in the SU mixed with one too many VK makes that 6ft something rugby guy in his blue shirt and chinos absolutely irresistible. You'll have a heated night of unprotected sex and then you'll never see him again. Was it worth it? Probably not but you needed an excuse to break up with your boyfriend anyway.

You'll go once, maybe twice in your first term and you'll convince yourself you're really gonna "get into it". Three months later you've still only been twice, and are £60 out of pocket. 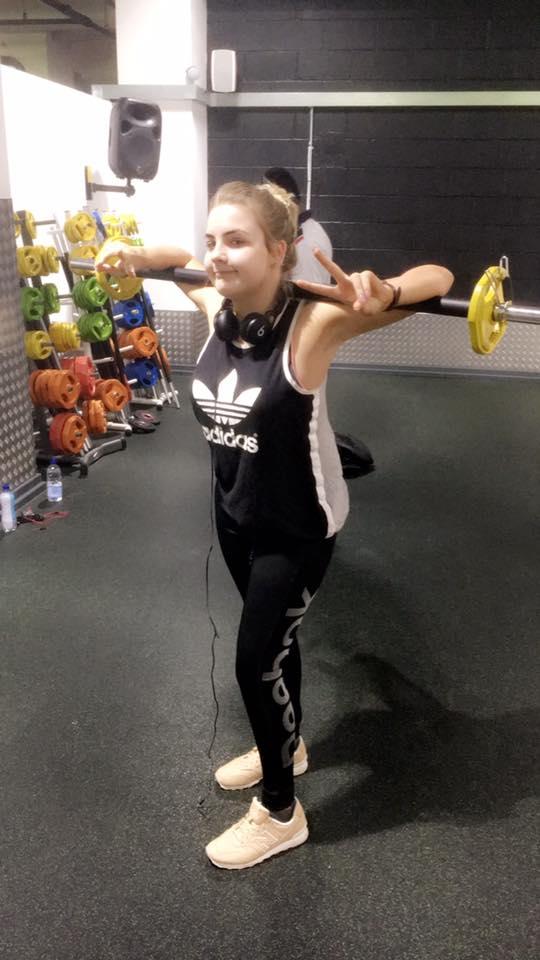 I have no idea what I'm doing

Yes, there are fitties at the gym but you'll look like a twat when that full coverage foundation starts sliding down your face 15 mins into a cardio sesh. Hot!

He keeps walking around shirtless and giving you the eyes, it's natural to feel a bit tingly.

Getting with that flatmate

Leaving your bedroom unlocked, and your fellow housemate's sabotaging it when you're out

Tinfoiling is a thing, it happens to everyone at some point. 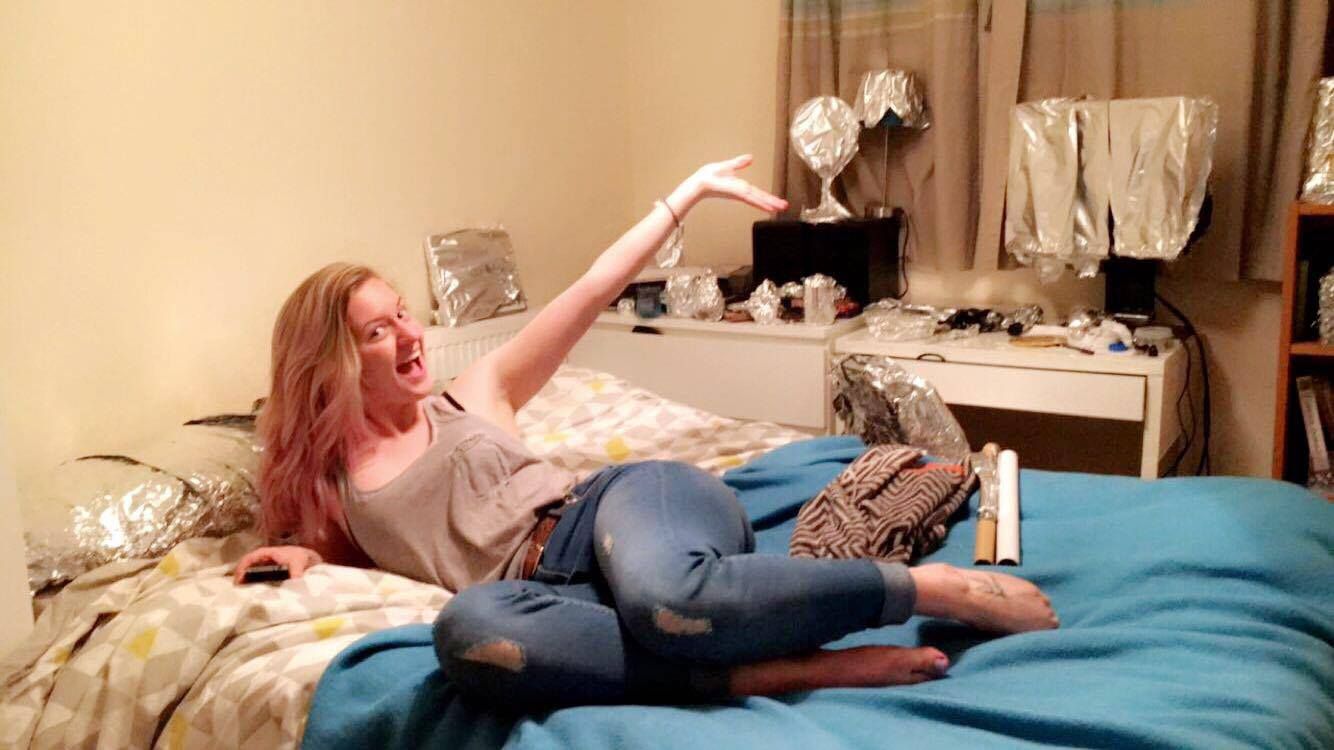 If you haven't already done this, don't lie and pretend like you haven't thought about it. 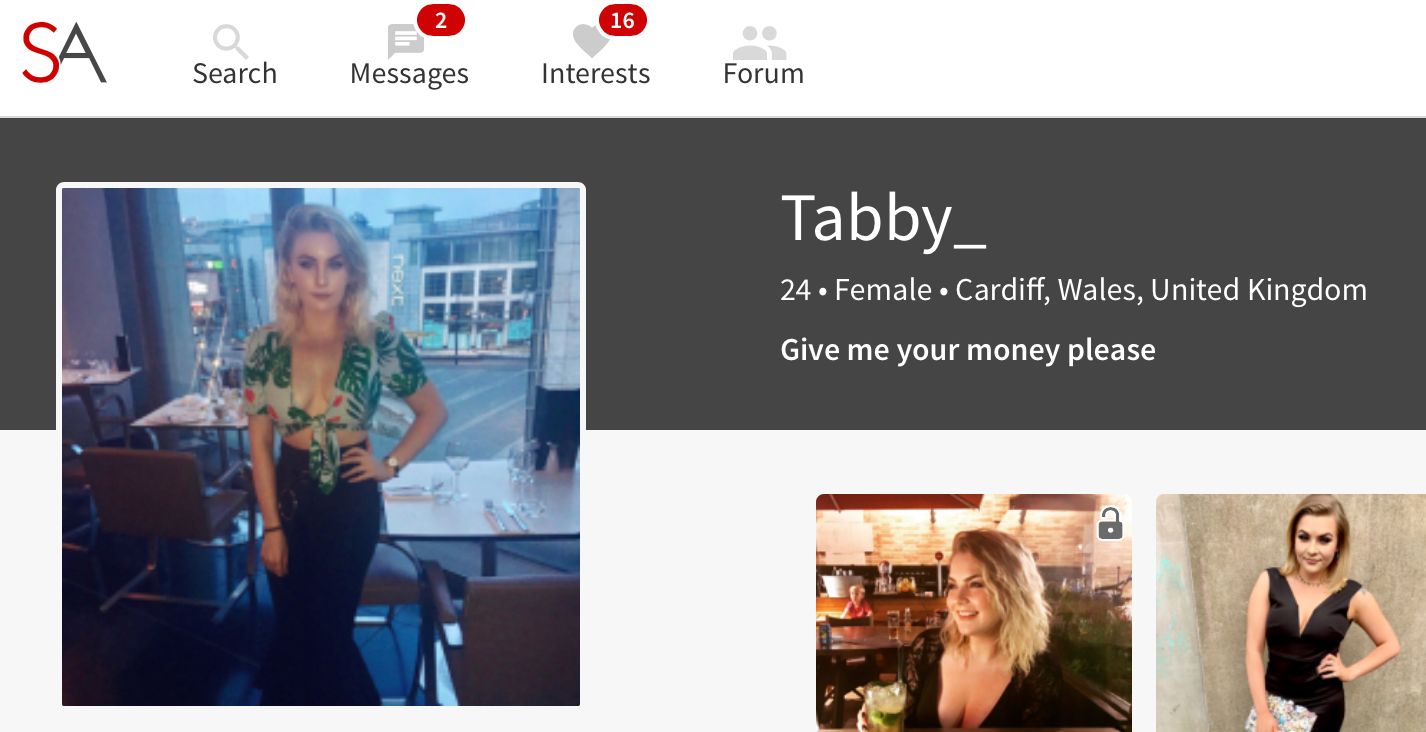 You think your moves are smooth but really you're just babbling shit into this poor guy's ear whilst he's reluctantly making you a Sex on the Beach.

Getting some plants from IKEA for the windowsill to make your room look wholesome. 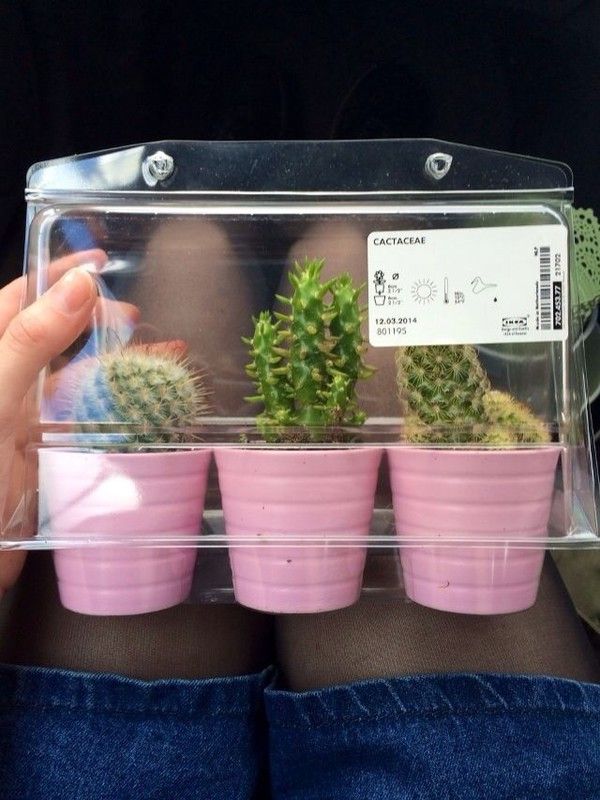 Yes, you can kill a cactus

Trying out some diet pact with your housemates

And giving it up a few double vodkas deep when you hear McDonald's calling your name.

Turning up to lectures still gurning from the night before 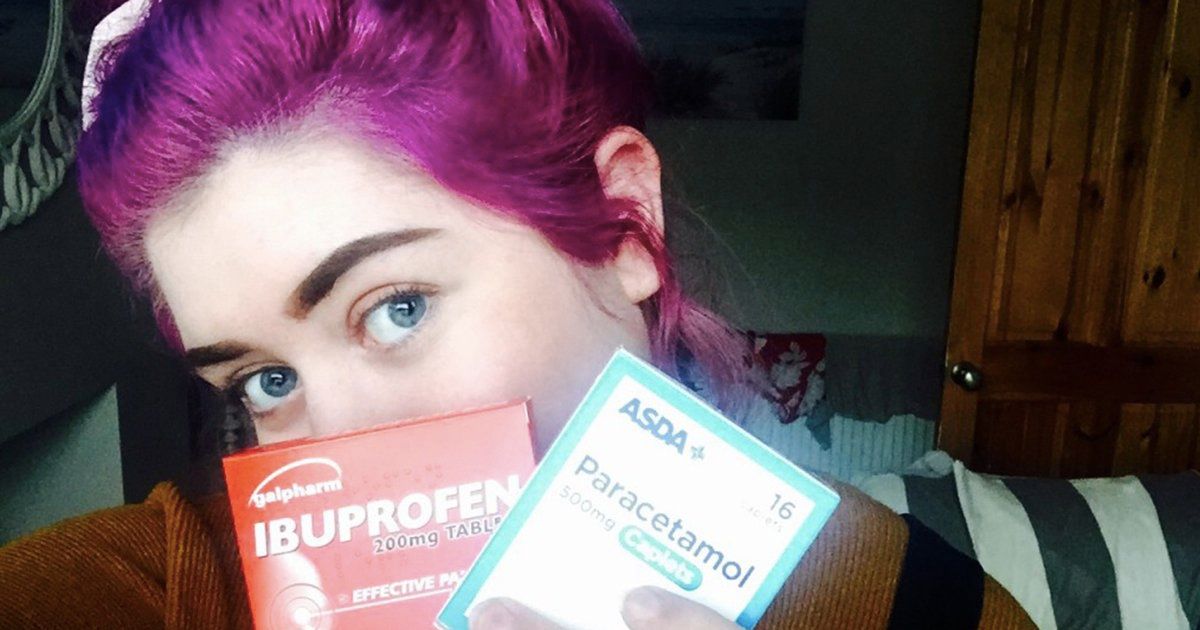 I'll be needing these

Bringing home some proper mingers, and never living it down with your housemates

Pissing yourself because you're too drunk

And realising you have no spare sheets on hand. 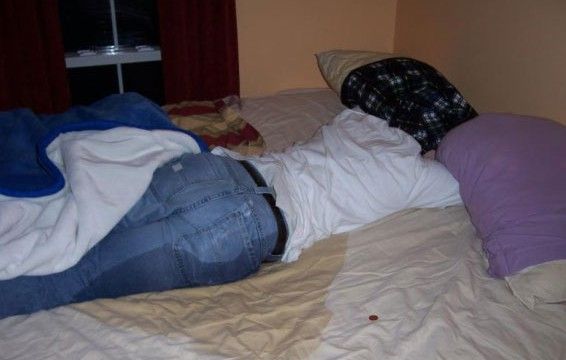 "If I get you a shot of sambuca, will you give me a First lol", will flood back in that 10am seminar on child language acquisition when they're dead-staring you across the room.

Getting a job in a nightclub as a promo girl

The hours really aren't worth it. Getting home at 5am after watching your friends all have a great time all night? No thanks. 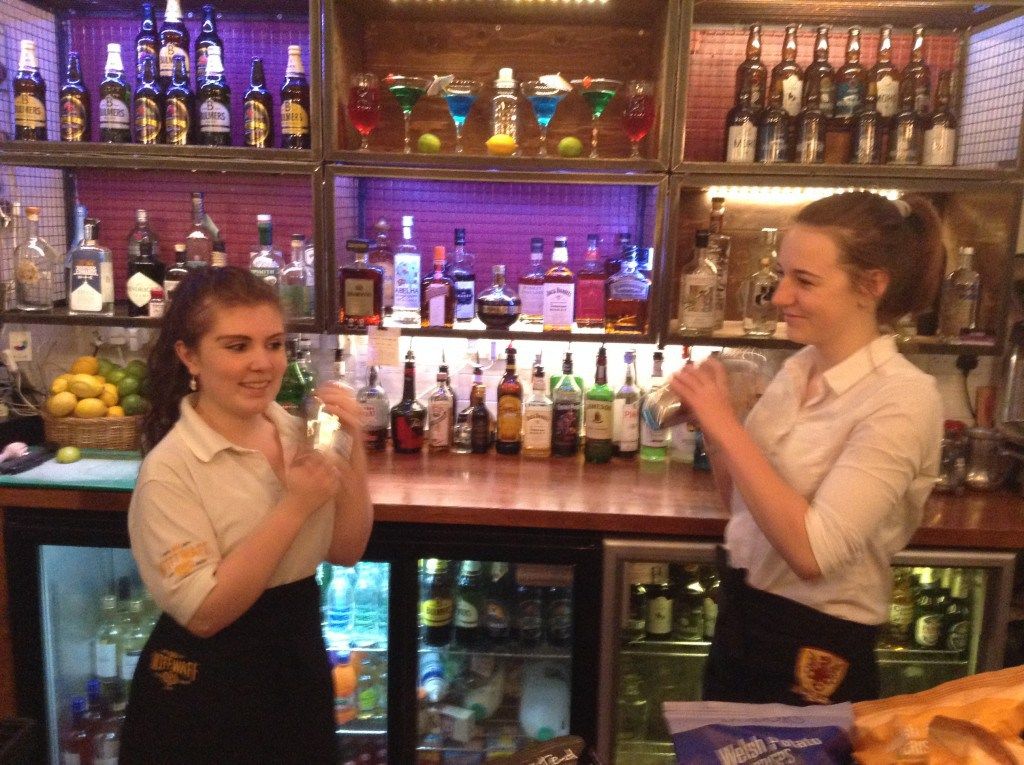 The walls are thin, they can hear you being spanked.

Giving away your deepest, darkest secrets in a game of never have I ever

NOBODY NEEDS TO KNOW YOU SUCKED SOMEONE OFF BEHIND A SUBWAY ONCE, JUST DON'T TELL THEM.

Hello Debenhams, goodbye £500! It doesn't matter if I'll be poor, my face is gonna look like a Kardashian! 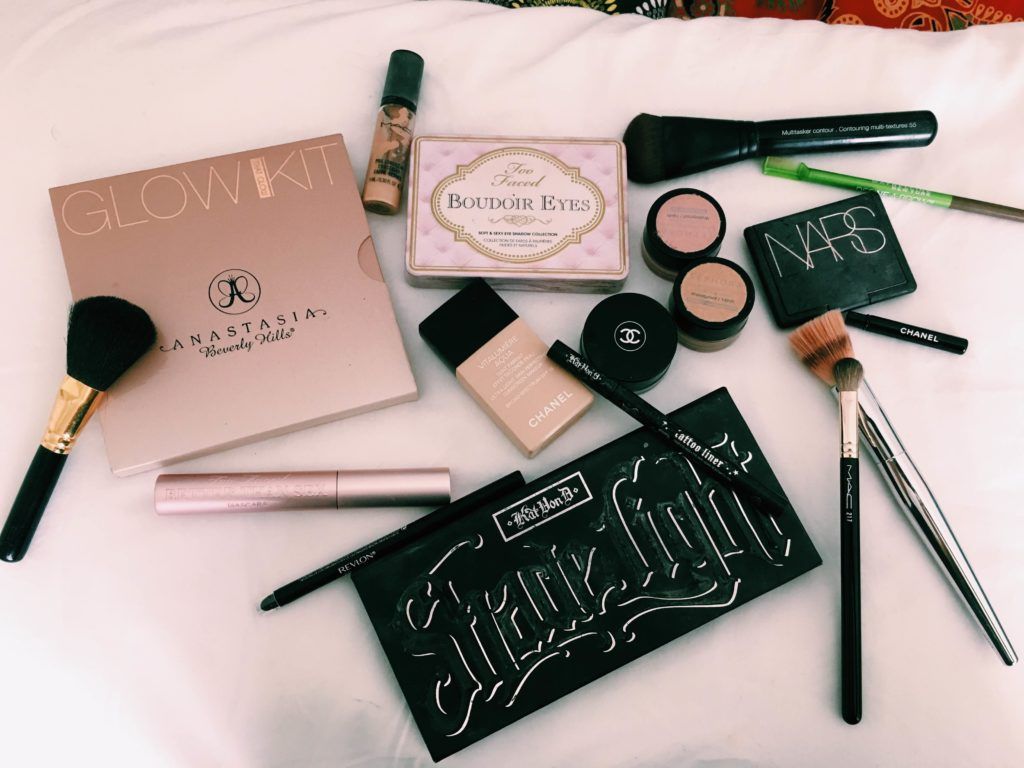 Do NOT download the Mecca Bingo app and DO NOT play the Emoji game. 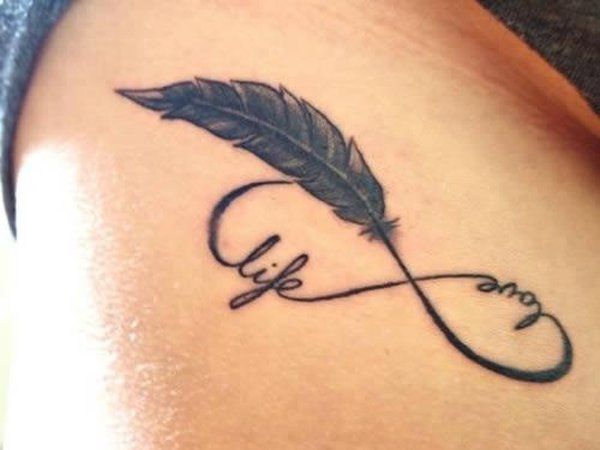 I love life so much

Your mum doesn't know about them, does she? This will likely happen in your procrastination stage, when you've cleaned the house, watched Jeremy Kyle and the repeats on plus one and made several batches on chilli con carne and green Thai curry. Only then will you decide fuck it, I'll get a tat as well.

Getting your nose pierced

God, it's called being edgy. 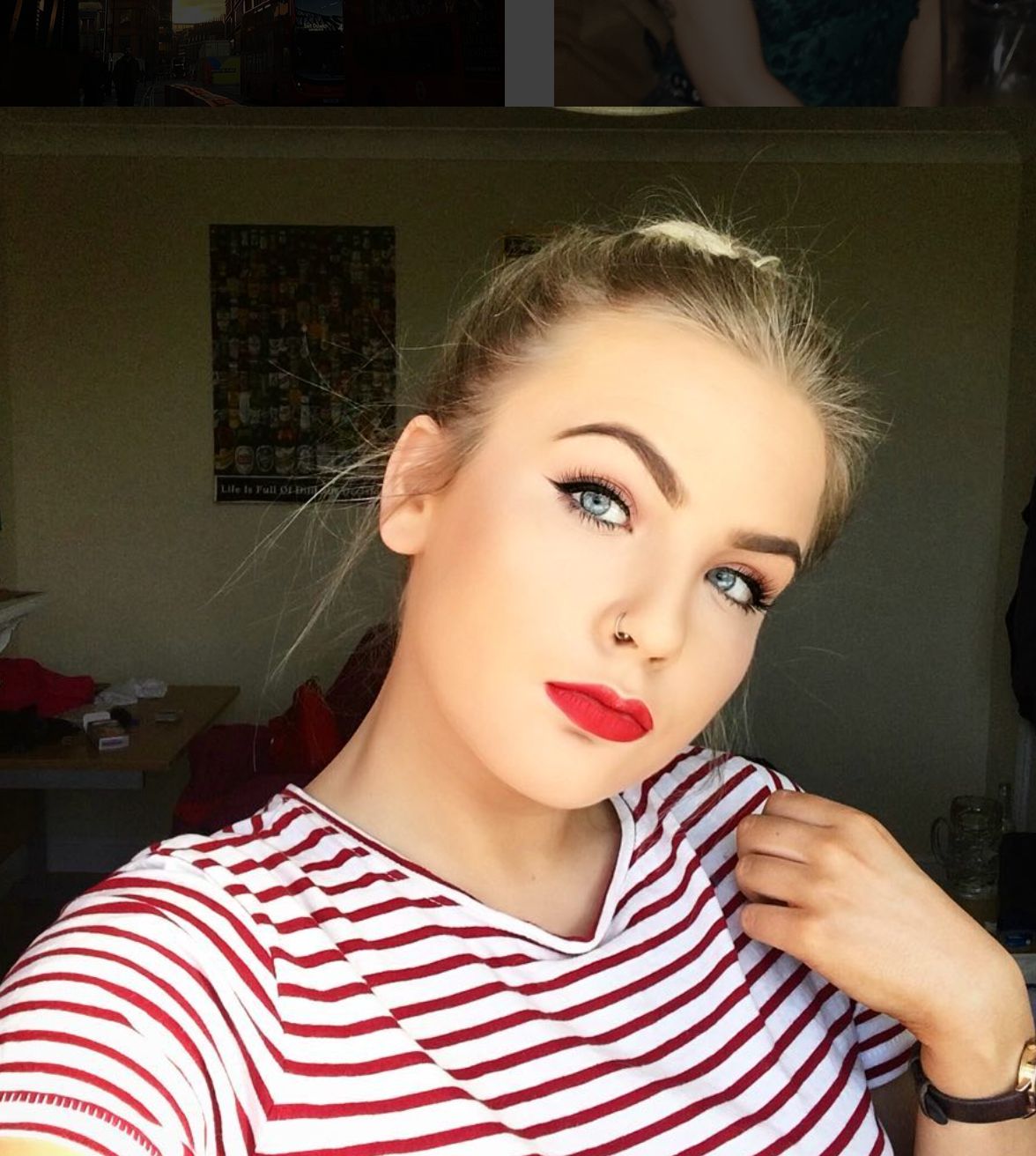 Wearing a jumpsuit or playsuit that's really hard to get on and off during a a heavy sesh, meaning going to the toilet is near impossible

I mean it's just inevitable that you're gonna piss all over it – at least you look good though!

Trying some new drugs out

Weed isn't really a drug? It's not addictive, just a joint here and there yano.. 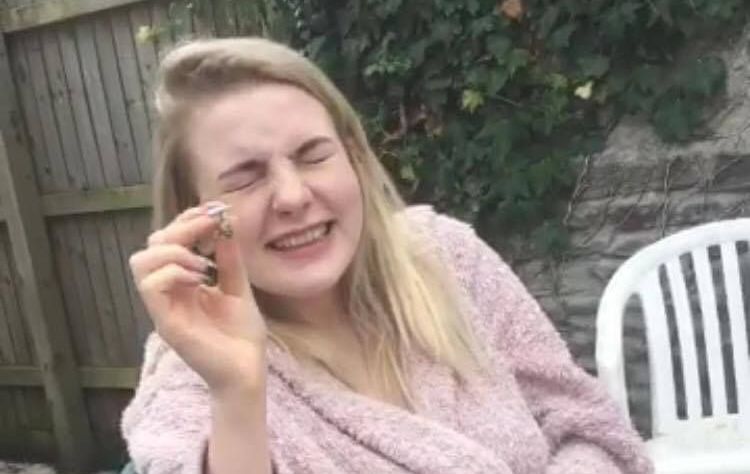 Not taking an umbrella out when it's raining

It'll ruin your outfit and plus you can't be arsed carrying it round with you all night. And then it starts to chuck it down. And the queues are long and unsheltered. 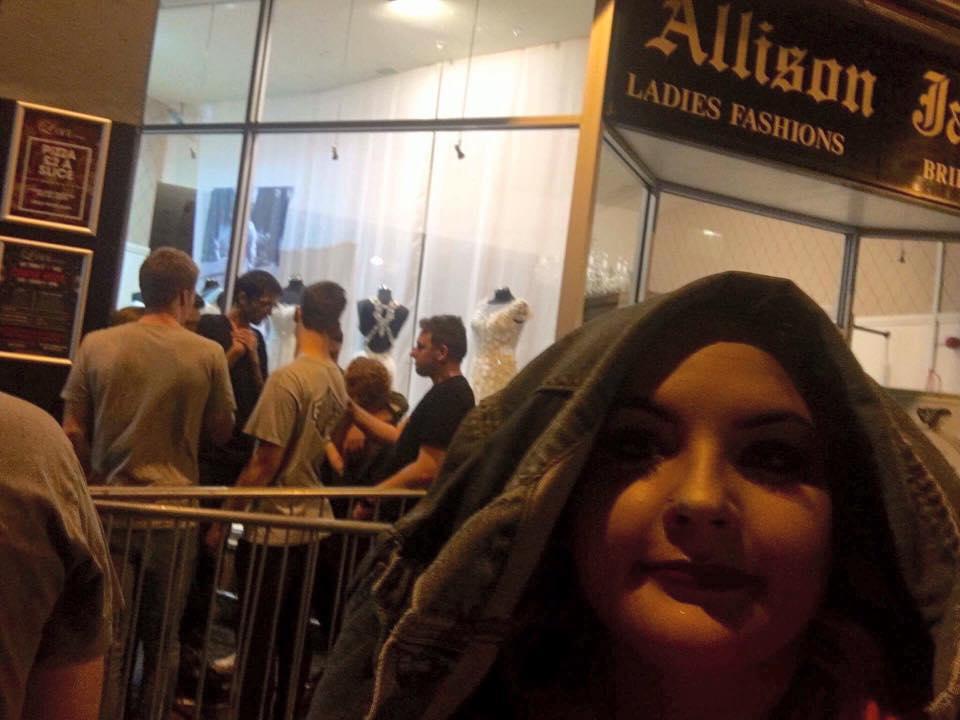 Matching with a course mate on Tinder

You'll wonder whether or not to say something everytime you sit opposite him in a seminar, then a few weeks in you'll both be smashed on a social and bang. Then it'll be awkward as fuck in those 9am seminars for the next three years.

Trying out yoga because you're trying to reinvent yourself

And embarrassing yourself whilst simultaneously falling over and farting in the quietest of classes. 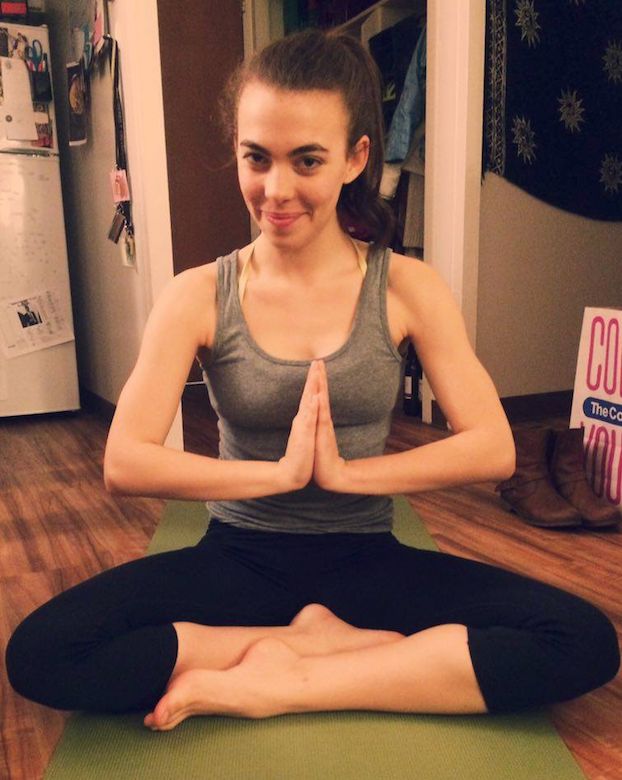 You won't be able to afford maintaining them and will definitely snap them off. 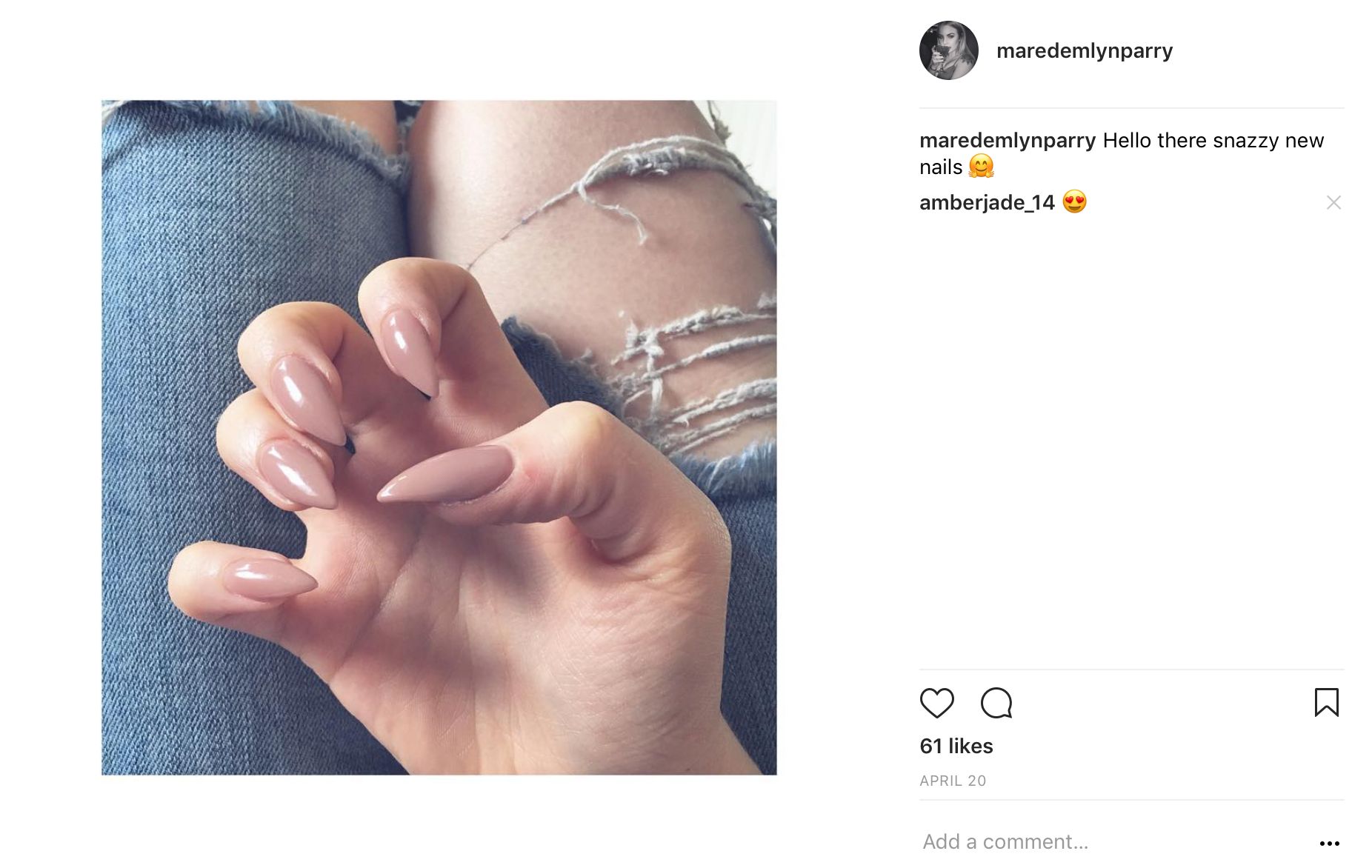 Getting your tits out for a dare in Freshers' Week

Cool, well I guess everyone knows the shape of my nipples now – even that fit guy two blocks up who definitely won't be trying it on anymore.

Documenting all the times you're on MDMA to show off

You'll take millions of Snapchats and have the longest Instagram story whilst you're on it to show all your home mates you're cool now. You'll regret it in the morning. 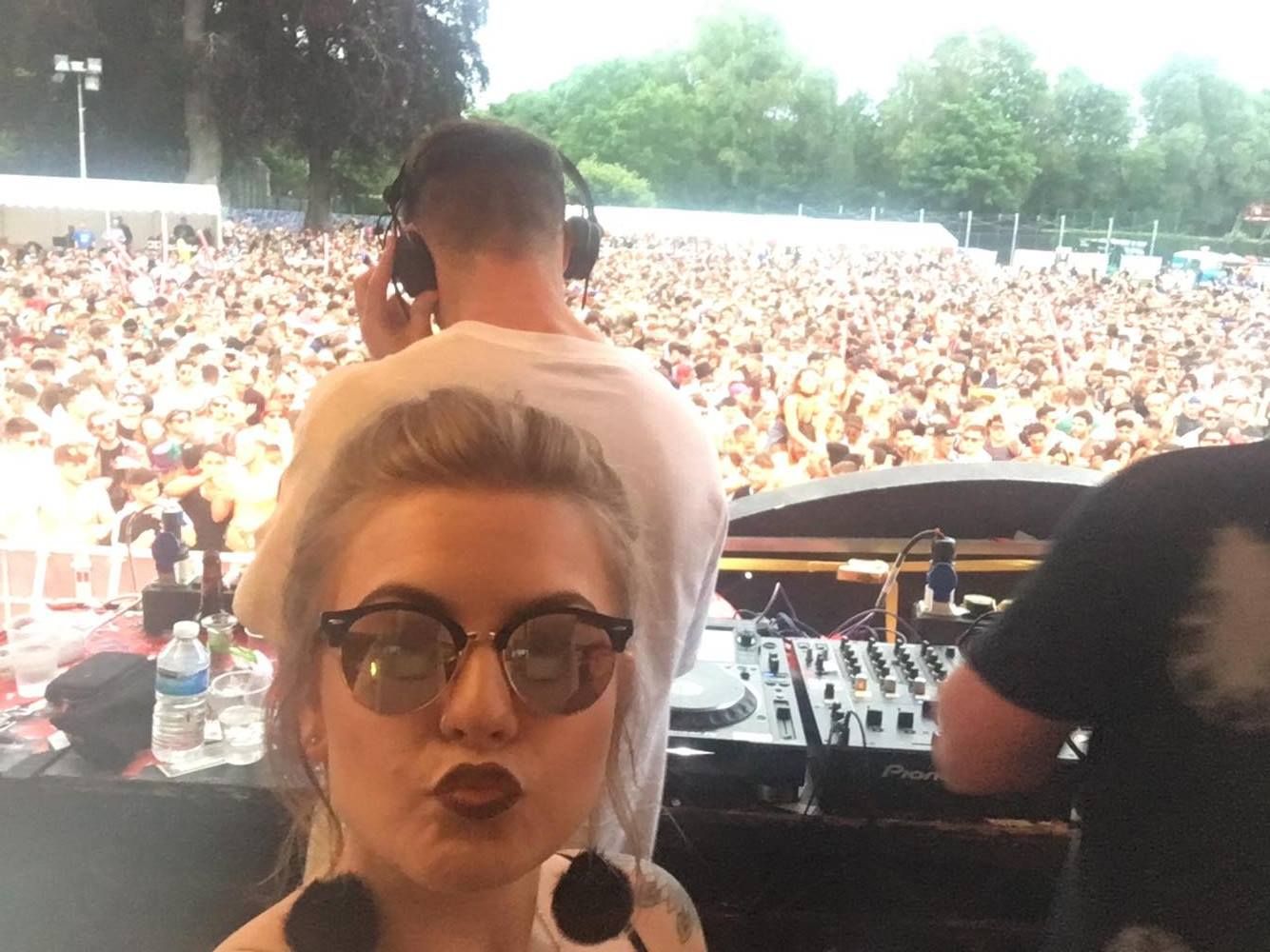 Deciding you want to live with your "best friends" in November

And realising you hate them all by June. Tom's a Tory, Jenny is a superficial bitch and Liam never fucking cleans up after himself. What have I gotten myself into?