I can’t believe it tbh

If you want to have great sex – don't go on an 18-30s holiday, to an elite London sex club or a fancy cocktail bar in Manchester – according to this survey by saucydates.com the place that will leave you wailing and trembling is Barnsley.

For the Southerners reading this who think Barnsley is the name of a food outlet, I am referring to a South Yorkshire town that is famed for its Brass Bands, multiple Greggs outlets and as the home of Becky McDonald from Coronation Street.

The survey which is definitely an accurate representation of sexual pleasure across the UK, asked 7,000 singles nationwide to rate their sexual performance. Here's what they found: 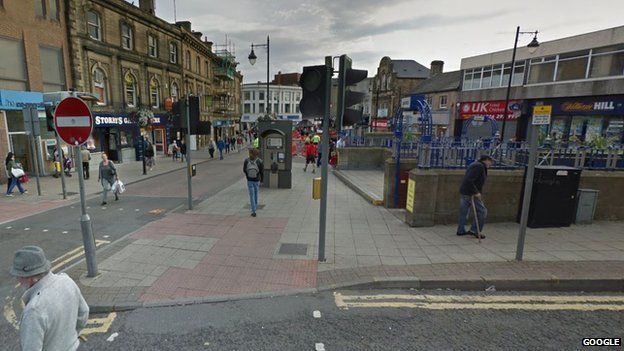 Taking account of the top 4, maybe the more irrelevant the town – the fewer bus stops and the more William Hills – the better locals are at making their lover's bed rock.

Southerners might be wet but their orifices certainly aren't. North London's performance is decidedly floppy.

Surprisingly, Belfast weren't too sad to fill out the Sun on Sunday's survey. Or perhaps their results were hacked by a rival protestant neighbour. Either way BEWARE MISPLACED FINGERS.

This isn't the first time Barnsley's sexploits has featured in the news. In May a Steel erector Denzill Shirt uploaded a video to YouTube of a couple enjoying some missionary on a public pavement. “Today, on Planet Earth in Barnsley" narrates Denzill in the grandiose tone of David Attenborough, "we have a rare mating ritual between one hippopotopig and one female rhinoceros.”

As well as beginning each sentence with a T ("I'm off to t'shop", "can you take t'bins out") apparently Barnsley's populous are great at emphasising G spots.

But then, one wonders how many people in Barnsley actually completed the survey? Maybe we are talking about 4 men in the pub doing a J from the Inbetweeners – "oh yeah mate I had one woman on one finger, another four sucking me off". The survey would be slightly more objective if it measured orgasms rather than personal perceptions.