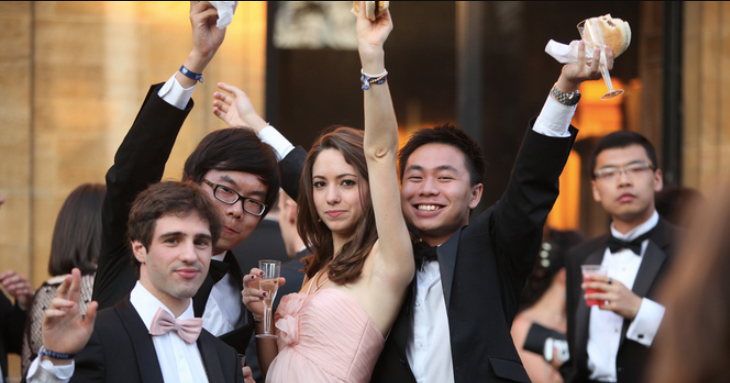 These are officially the unis nobody wants to go to

Gutted if you’re there

We've already figured out which unis are the most boring. But some people like that. They're the same people who keep Nando's in business, make sure the library is nicely busy in October, and get ready salted crisps and a still water with their meal deal.

So perhaps that's not the best indicator of which uni nobody wants to go to. Instead, let's look at the unis people apply to the least. Focusing keenly on Russell Group unis, and using data from the Sunday Times Good University Guide 2018, this is what we found.

Lo and fucking behold, it looks like nobody wants to go to Cambridge. Well, they're probably put off applying by how hard it is, but it's worth noting that nearly 3,000 more people apply to Oxford.

In fact, LSE and Imperial follow up behind Cambridge, and Oxford round out the unis where fewer than 20,000 people apply.

At the other end of the scale, everyone really bloody wants to go to Manchester and Edinburgh. Over 60,000 people applied to each of those this year.

Leeds trails Manchester by a shade over 11,000 applicants. Maybe the question of which one is cooler can be finally settled? 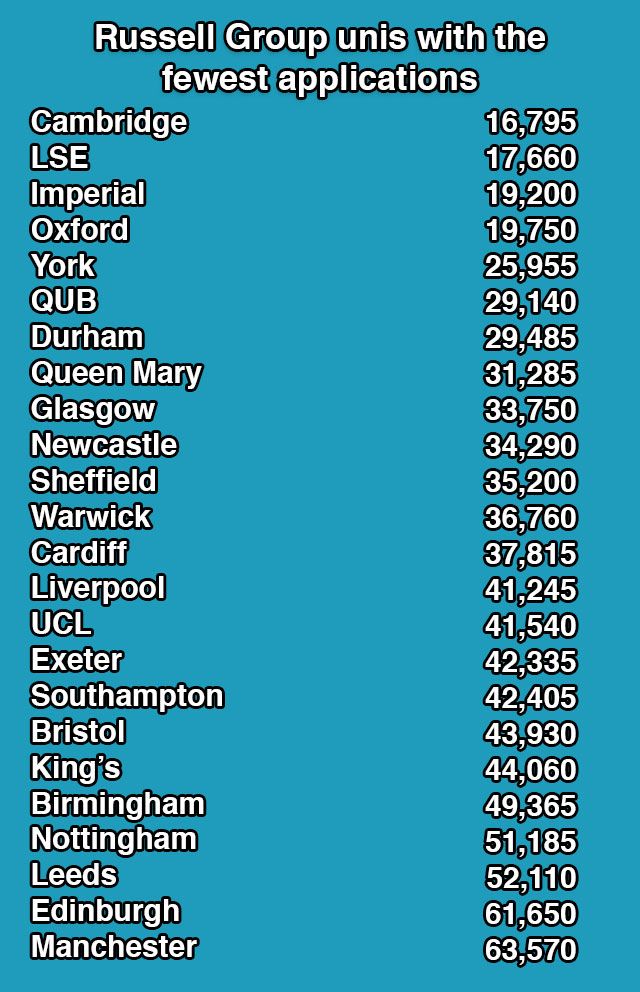