Based on popular Google searches

With so much information available on what Halloween costumes are considered as offensive, you'd think that in 2017, people wouldn't dress up as Harvey Weinstein – someone with multiple allegations of sexual harassment and assault.

HEADS UP, GUYS: No one will think your Harvey Weinstein Halloween costume is funny.

But every year, there's that person that takes the joke too far, dressing up in really bad taste. And Google Trends data has revealed exactly what those costumes will be this year.

The Google searches for "Harvey Weinstein's bath robe", "Woody Allen costume" and costumes for recently deceased celebrities like Hugh Hefner and Chester Bennington have spiked, just in time for Halloween.

#ChanningTatum is supporting Harvey Weinstein's accusers not just with words but with action. He and his producing partner, Reid Carolin​, announced they​ would no longer be working with The Weinstein Company.​ "This is a giant opportunity for real positive change that we proudly commit ourselves to," they said in a statement. Swipe ➡ to read the full message. ​(?: Getty Images, Facebook/Channing Tatum)

A post shared by Entertainment Tonight (@entertainmenttonight) on Oct 18, 2017 at 1:38pm PDT 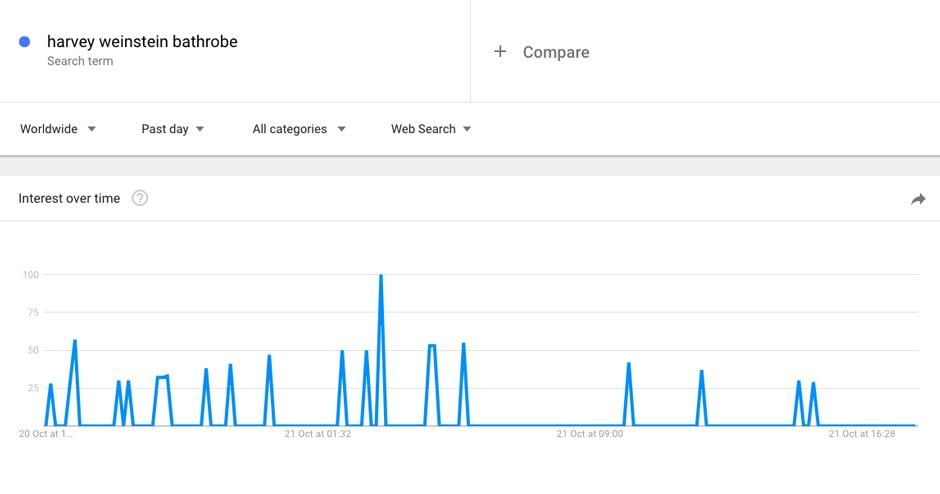 The information shows that at one point, almost a 100 people searched for the term within an hour.

The data also reveals that the search for "Harvey Weinstein costume" began on the 9th of October, showing an upwards trend since. 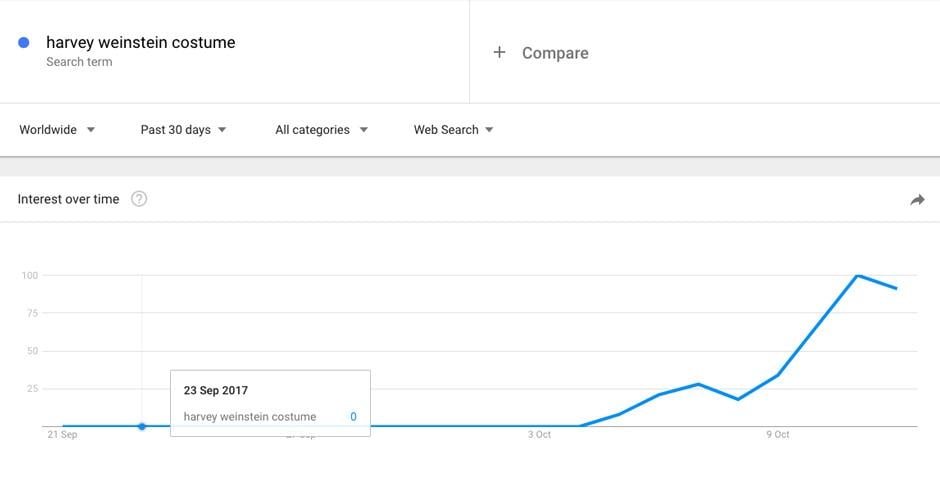 Interest in "Woody Allen costumes" rose after he made the controversial comments in support of Weinstein.

Furthermore, the search interest in "Woody Allen's daughter" Dylan Farrow, who Allen is alleged to have abused, also spiked at this time.

Hugh Hefner and a Playboy Bunny

It's that time of year again ✨ #midsummernightsdream

The search for "Hugh Hefner Style Robe" spiked as soon as his death was announced.

The American musician passed away earlier this month, aged 66, and the searches for "Tom Petty Costume" peaked hours after he died. They also show another upwards trend from the 11th of October.