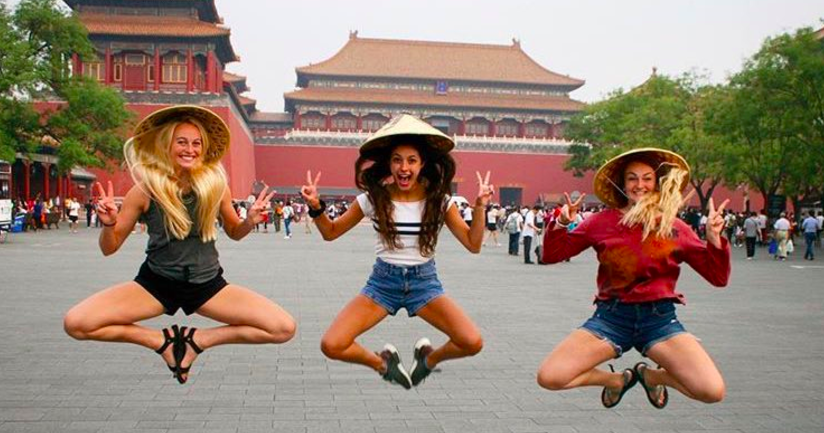 Can you believe these girls spent their money and went all the way to China, just to be racist?

Ah yes, so in another episode of privileged people getting it completely wrong, these three girls travelled to China and somehow managed to piss off every Chinese person on the internet – all by posting this picture on Instagram:

Obviously no one on Twitter showed the girls any mercy:

Why does this happen like every fucking hour? Do y'all white people need to fill in a quota or some shit on being racist?

In another country??? ? that's brazen pic.twitter.com/sJQ3QObCaE

"I have so much respect for Asian culture and people. Some of my closest friends are Asian." (Note: they will say Asian instead of Chinese)

Turns out the girl who originally posted this Instagram is an American student, named as McKell on Facebook.

She studies Neuroscience in Salt Lake, Utah, and I know you're thinking "she should get a brain." But someone's already beat you to the joke:

You have to commend them for going through the effort of it all though.

Can you imagine paying hard-earned cash, to go to a foreign country, get a stranger to take a photo of you and two of your mates jumping up simultaneously, while balancing a conical hat on your head and making the peace out sign on both hands, all to come out with that. WITH THAT!!!

It's also the fact they think Chinese is a language, when people speak multiple languages in China.

But the worst are those "god-awful rice paddy hats."

i (+ other ethnic chinese) often refer to mandarin/cantonese as "chinese" so it's not nearly as bad as, say, those god-awful rice paddy hats

I have serious questions for these three. Do they know that they're in China? And that they've living in 2017? Or that people actually saw them do this?

Catch us again next week on disappointed but not surprised, lol.