Being a Starbucks barista goes beyond occasionally misspelling names on cups and telling people "no, we don't sell Unicorn Frappuccino here".

At first, it was an exciting experience putting on the green apron, but slowly the soul trickles away, like the pumpkin spiced latte flavouring trickles down your hand as you churn out the 100th basic drink during Christmas season *shudder*.

Yeah, it's kind of like Caffe Nero, Costa and Pret, but working as a barista in Starbucks has its own special, soul-destroying qualities. If you know, you know.

CUSTOMERS FEEL THE NEED TO SPELL THEIR NAME OUT TO YOU, EVEN IF THEY'RE CALLED DAVE

Usually given to people who aren't polite, spell their name out (see above), mumble (see below), or just when you're having a real bad day.

OR USING THE SMILEY FACE CUP WHEN YOU'VE FORGOTTEN SOMEONE'S NAME, OR DON'T WANT TO ASK HOW IT'S SPELT A FOURTH TIME

In true British fashion, the smiley face can also be used to save face. If a favourite customer comes in and their name has slipped your mind, it's always safest to do the 🙂 than risk never getting a tip again.

98 PER CENT OF YOUR BODY SURFACE IS STICKY FROM SYRUPS, COFFEE AND UNIDENTIFIED SUBSTANCES

By the end of the day the vanilla and caramel bottles have been finished off, half of which is all over your uniform – somehow including shoes. Throw mocha, white mocha, chai, caramel drizzle and whipped cream into the mix, you leave work feeling like a piece of cellotape.

Yummy mummies in their Fabletics yoga wear come in demanding a skinny soy milk latte for themselves, and a babycino for their screaming demon child. You'll steam the milk to 'kids temp', thinking of all the better things you should be doing with your life than serving small children lukewarm beverages which they probably hate. 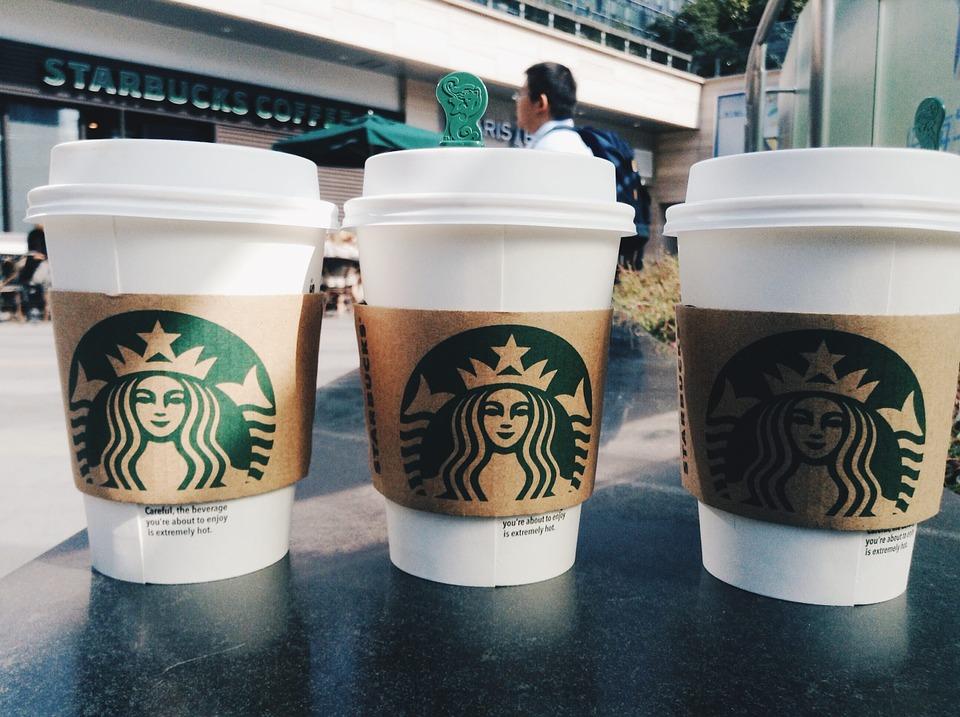 Look mate if you're taking it outside the shop it's not gonna be in a mug, is it?

LEARNING TO LIP READ THANKS TO THE COMBINED SOUND OF CONVERSATIONS, BLENDERS, STEAMING MILK, SCREAMING BABIES AND DRINKS CALLS

And still being expected to hear when someone mumbles "Becky" after asking for their name *cue smiley face cup*. 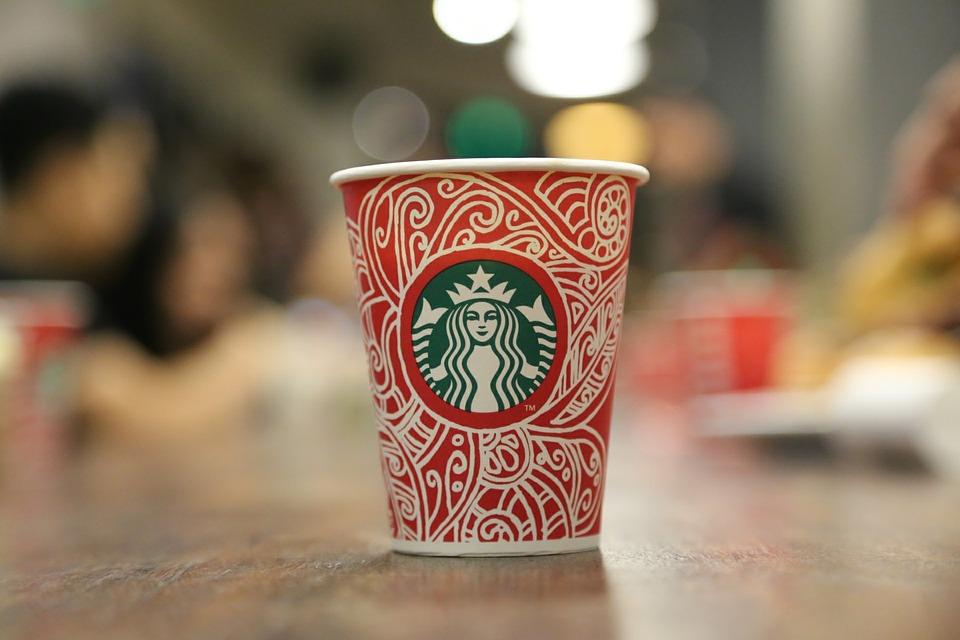 You close late, there's always a queue for the toilets of half pissed Christmas shoppers who've been drinking all the mulled wine in the markets – bastards.

Four different types of hot chocolate, four extra types of latte all complete with cream and their designated sprinkles – this a coffee shop, not the signature challenge in Bake Off. And the screeching noise the eggnog makes when it's being heated is enough to make you go deaf.

Starts immediately after halloween and doesn't end until past Christmas in January. It is literally doing the devil's work.

WHEN JANE, WHO ORDERED A HOT CHOCOLATE, SAYS "UMMM THIS ISN'T MINE?" WHILST HOLDING ROBERT'S TWO SHOTS SKINNY MOCHA WITH NO CREAM

Yes thank you Jane for pointing out the obvious, it's good to see you can read. 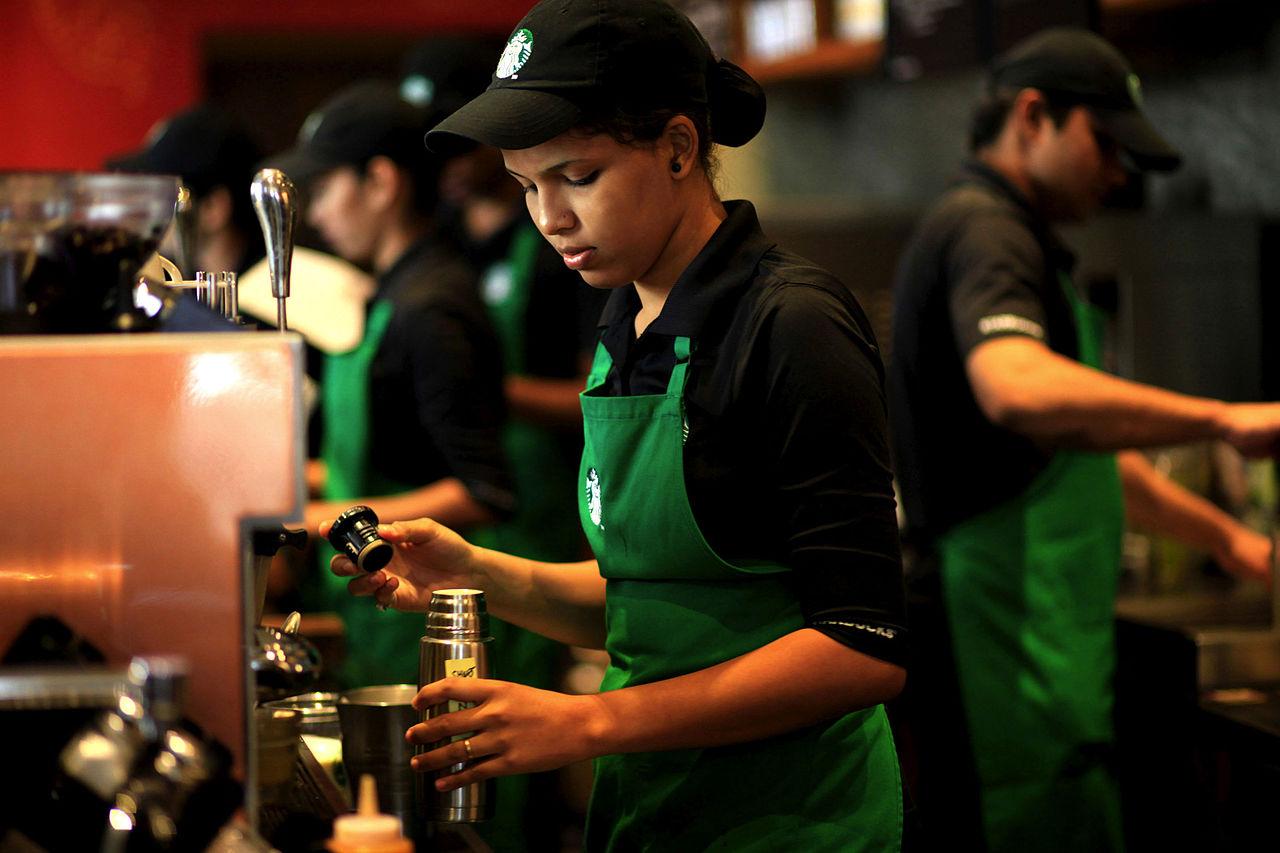 “My flat white is cold”

“Is that extra hot?”

“I just want a normal coffee”

“I'm sorry, I wanted that iced”

WHEN PEOPLE ORDER VIA THE APP BUT DON'T SAY ANYTHING

And decide to stand at the end of the bar without saying a word, as if we magically know who they are.

You spot them a mile off – phone in hand, head-to-toe Topshop, hair immaculate, and all that's missing is a Unicorn Frappuccino to pose with for their latest Instagram pic. Well sorry (not sorry) basic bitches, we don't serve them here.

WHEN THE ONLY CUSTOMER AT THE END OF THE BAR ASKS "IS THIS MINE?"

LOOK AROUND YOU DAVE, WHO ELSE'S IS IT GOING TO BE? THE IMAGINARY GHOST'S?

Full of city high-flyer dickheads who have a train to catch in two minutes, so order three grande Popcorn Frappuccinos, two with coffee and one without.

HOW MUCH JOY A BRAND NEW SHARPIE CAN BRING YOU

Some have said the feeling of writing on the cup for the first time with a new Sharpie is better than sex.

Wowee does this stuff clean up well, but breathe in at the wrong time and you'll start feeling like you've just eaten a gram of magic mushrooms.

…THEN REMEMBERING ABOUT THE SAFETY EQUIPMENT YOU SHOULD HAVE WORN

Whilst wheezing and feeling dizzy mid-clean, you'll remind yourself you were actually trained in how to clean safely, including wearing the protective eyewear and mouth covers. But you will never learn, and do the exact same thing next shift. 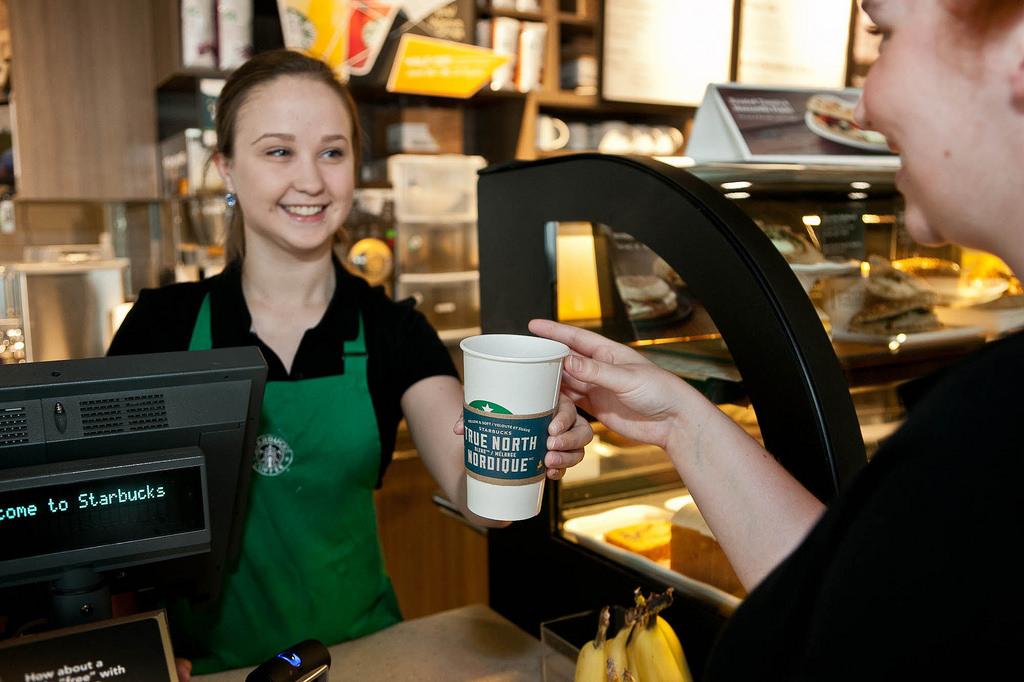 Ah, so I can throw this at the 76th person inquiring about the Unicorn Frapp.

PEOPLE WHO "CAN'T TASTE THE CARAMEL"

Get out, go to Costa.

WHEN PEOPLE ASK IF YOU'VE GOT ANYMORE MERCHANDISE, WHEN YOU CLEARLY DON'T

"No madam, actually all the merchandise is at my house in my Starbucks shrine which I pray to every morning DON'T YOU THINK IF WE HAD MORE MERCH IT WOULD BE OUT ON THE SIDE????"

Empty bottles of lube, disposable razors, shitty nappies, semen on the floor, needles – all the usual stuff which goes on during the urinating process.