When will middle-aged columnists realise students have more to worry about than free speech?

I'm not sure if you know, but there's this thing that's really important called free-speech and it's in peril at universities across the country.

He reckons, "Every aspect of campus life, from what you can say to how you should party, is minutely policed by what I called the Stepford Students in this magazine three years ago."

You might have seen his articles about free-speech and censorship at universities before, it's a topic he's covered many times. He's admittedly been banging on about it since his time at university almost twenty years ago.

He's chronicled the plight of (generally) white, middle-class students who are unfairly told off by these 'Stepford Students', who sound like the type of people who would have had beef with the Famous Five back in the day.

Come to think of it, when leaving a house party, a club or a lecture, there is usually an SU jobsworth waiting, concealed in the bushes, listening in to my every word, ready to censor my opinions on which is the tastiest flavour of VK.

In reality, ask any student attending university in the UK what the biggest problems facing them are, and I bet 'free speech' won't even come in their top ten.

While most students worry about getting a job when they graduate, or not being able to pay next month's rent, a minority of undergraduates are incensed by people occasionally telling them not to be a dick. The truth is that most students have more important things to worry about. 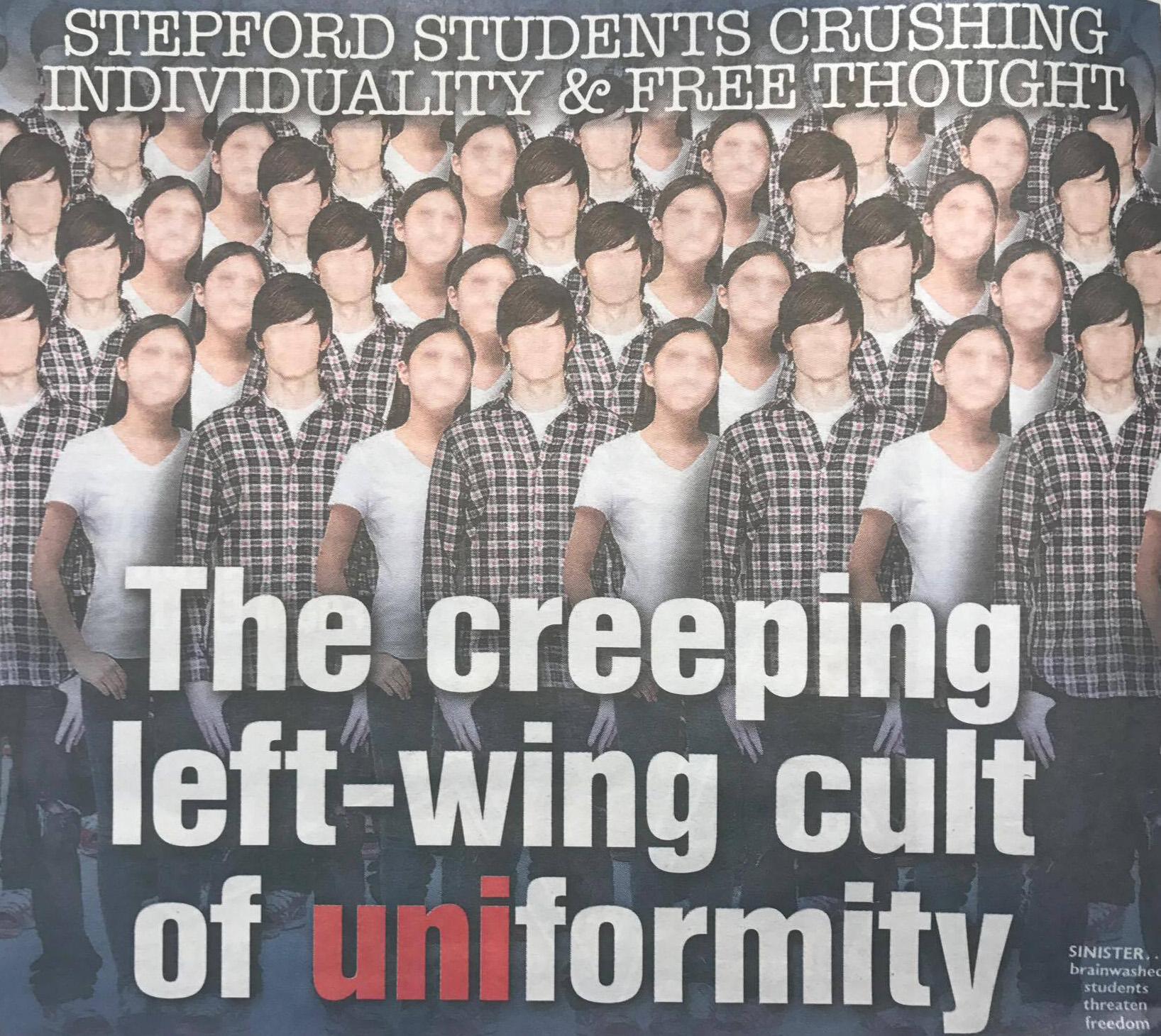 Pretty sure this guy was in clubbers of the week once

In this most recent article, aimed at incoming freshers, Brendan suggests "It will take a brave and resilient youngster to survive university with their intellectual curiosity intact."

I assume this intellectual curiosity extends to posting rather racist sentiments on Facebook, such as the UEA undergraduate who mused this week on why black women are the most violent people he has ever met. Gripping stuff.

Brendan says it's "vital to be able to hear people out, to have civilised disagreement, to engage in debate, to change your mind." Life is short, Brendan, some of us have air to breathe, people to see, and would rather the free speech brigade leave the mass-debating to the privacy of their own bedrooms.

I do understand, though. For white, middle-class men like Brendan and myself one of the biggest injustices in our lives is being told not to say something by someone that is finding you offensive. For the most part, we don't get groped in clubs when we go on a night out, and we don't experience racism or sexism on a daily basis.

It is great that Brendan cares about our university campuses and the students on them, but his concern is misplaced.

Exorbitant tuition fees, rogue student landlords and inadequate mental health provision are much bigger issues, ones that affect all students.

They are problems that students face regardless of whether they are censorious 'Stepford Students', free speech keyboard warriors, or the vast majority of students who have more to worry about.