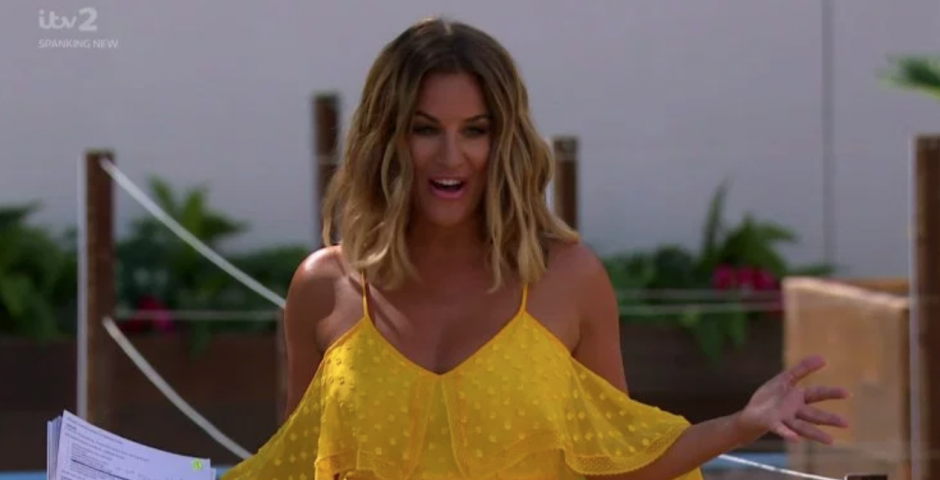 Caroline Flack: The woman everyone loves to hate, but no one really knows why

What has she ever done to you

Last year, 2.9 million people tuned into ITV2 for the Love Island finale, pulling in the channels biggest audience ever. There were speeches, tears and comical dives, but fans seemed concerned with something else — criticising Caroline Flack’s dress.

What the fuck is Caroline Flack wearing tho? It looks like the weird dress on the Topshop sale rack no one wants #LoveIsland

“Is that seriously the best dress Caroline Flack could find?”, asked one tweet, “Sack the stylist, because that dress really doesn’t suit her”, said another. Articles were written about how awful it was, one by Pretty 52 even patronisingly wrote “Oh hun” in the excerpt.

As usual, people jumped at the opportunity to criticise Caroline Flack, laugh at her and generally revel in bitching about a woman they don’t know.

Why do I find Caroline flack so uncomfortable to watch, she always looks like she doesn't want to be there & unbothered ??‍♀️ #LoveIsland

There’s something about Caroline that people automatically love to hate. Viewers criticised her presenting skills during her time on X Factor, before she eventually left the role. The same happened during her time hosting Love Island, where she was called “unlikeable” and “sexist” after the final, with viewers begging for her to be “binned”. When she was onscreen people wanted her off, while others criticised her for not appearing enough. She literally cannot win.

It's funny how Caroline Flack is about 40 and still not got a guy but is hosting. She needs to be on it herself #LoveIsland

Just quickly, who does Caroline Flack think she is when she walks into the villa on that slow mo video…

And it’s not just strange internet people. I haven’t met one person who actually likes her. In fact, if you want to divide a room, just bring up the presenter’s name. Watch the venom spread as they roll their eyes and laugh about things she posts, question why the hell she’s the new presenter of whatever show, but no one can really explain why they find her annoying.

Apart from her past relationship with a 17-year-old Harry Styles, there’s not that much she’s actually done to make people dislike her. Maybe she’s said some kind of irritating things, wore a dress a few people didn’t approve of, but she’s never done anything particularly offensive or unforgivable.

I spoke to Consultant Clinical Psychologist Emma Citron, who believes that the Flack-hatred stems from people following the crowd. “It’s all to with herd psychology” she told me, “it seems like everyone has followed a bandwagon of hate, probably started on social media. It’s easy for one person to post a throwaway comment, with no real consequences.”

Quickly it spreads, and soon everyone’s bonding over tweets about how much of an annoying bitch they think she is. “Posting stuff about her, and speaking about it with your friends makes people feel like part of the group rather than on the outside”, making it easier to hate her.

Maybe the hate began with One-Directioners fury after Carolines relationship with Harry Styles, which Emma says has a sexist element too.

She points out how her relationship choices would be different if Caroline were a man, “she’d be ‘sowing her wild oats’ instead of being a ‘child snatcher’, ‘slut’ or ‘a flirt’. Men are given a lot more slack generally by both men and women.”

Apart from her previous relationship with a 17-year-old Harry Styles, there’s not that much she’s actually done to make people dislike her. Maybe she’s said some kind of irritating things, wore a dress a few people didn’t approve of, but she’s never done anything particularly offensive or unforgivable.

Fair enough, her dress was quite ugly, but that really shouldn’t warrant the insane amount of hate she gets.