All the messed up food that British people still insist on eating, all the time

“Mince on toast?”, the people of the United Kingdom screamed. MINCE ON TOAST??? As the American internet quickly learnt, mince on toast is not a quintessential British classic.

TBF, A LOT OF WEIRD SHIT ON TOAST

Well, apart from mince. The versatility of British toast is really something special – it can be used as a receptacle for savoury foods (beans, cheese, avocado), savoury spreads (peanut butter, Marmite), sweet spreads (jam, marmalade, Nutella), sweet foods (banana!?), or all of those together if you’re really hungover.

Even its shape can be bent to your will: into soldiers if you’re having boiled egg, or into a sandwich if you’re whacking a toastie in the George Foreman. Seriously, it’s the lifeblood of our nation. 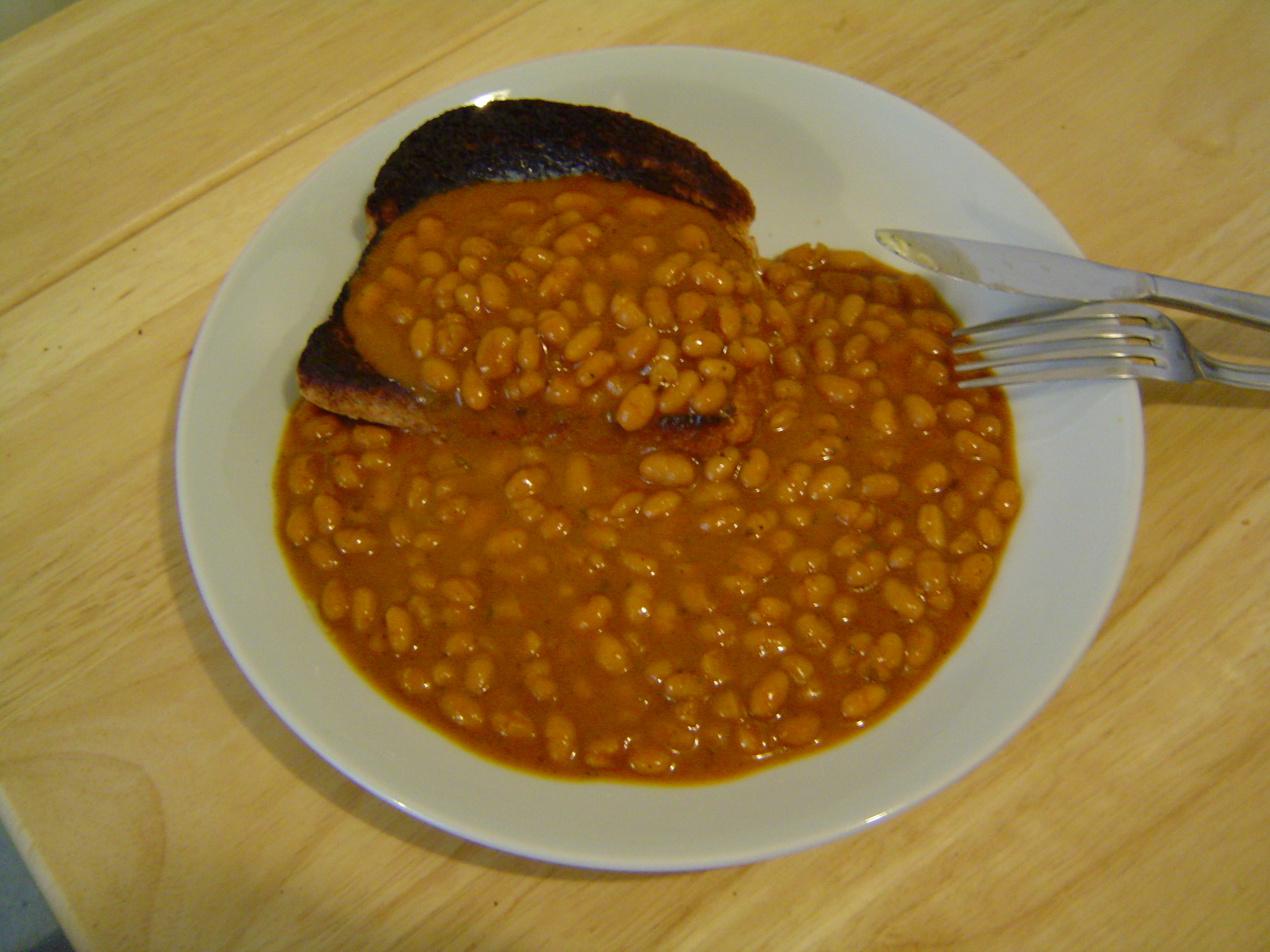 This is not how you are meant to do it

Also, what the fuck is piccalilly???

There seems to be some kind of rule in British pubs that the food can’t be normal. Cue grab bags of “Scampi Fries,” fish & chip flavoured crackers and, of course, hair-laden pork scratchings.

Don’t even get us started on Scotch eggs. We know it’s a hard-boiled egg, wrapped in sausage meat, wrapped in breadcrumbs, eaten soft and cold. It’s just – why? 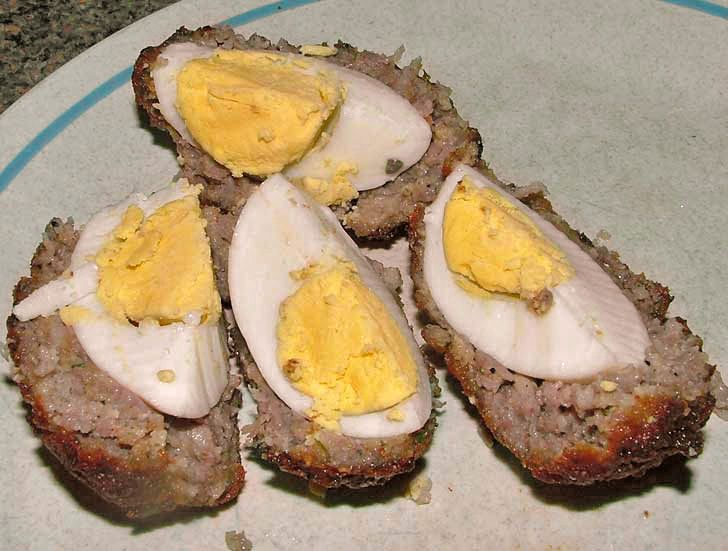 Which, in fancier places, is known as dessert. Most British puddings, like Cobbler or Crumble or the aptly named Eton Mess, look like they’ve been made delicately and then aggressively deconstructed by a three-year-old with a mallet.

Apart from Viennetta. I won’t hear a word said against Viennetta.

Not a dessert, actually a salty mush of pig blood and congealed fat. Hey, you asked.

Not a dessert either, actually a cloud-like foodstuff which tastes like an orgasm and goes with EVERYTHING.

THE INIMITABLE BEAUTY OF THE SUNDAY ROAST

You’ll find Yorkshire Puddings on the Sunday Roast, which can consist of many elements but must, at the most basic level, contain the following:

1 x INDISCRIMINATE MEAT, USUALLY BEEF OR CHICKEN OR LAMB OR PORK, BUT TURKEY IS OK IF CHRISTMAS

1 x POTATOES, ROASTED UNTIL CRISPY ON OUTSIDE AND FLUFFY IN MIDDLE

On top of the above, one might well add: 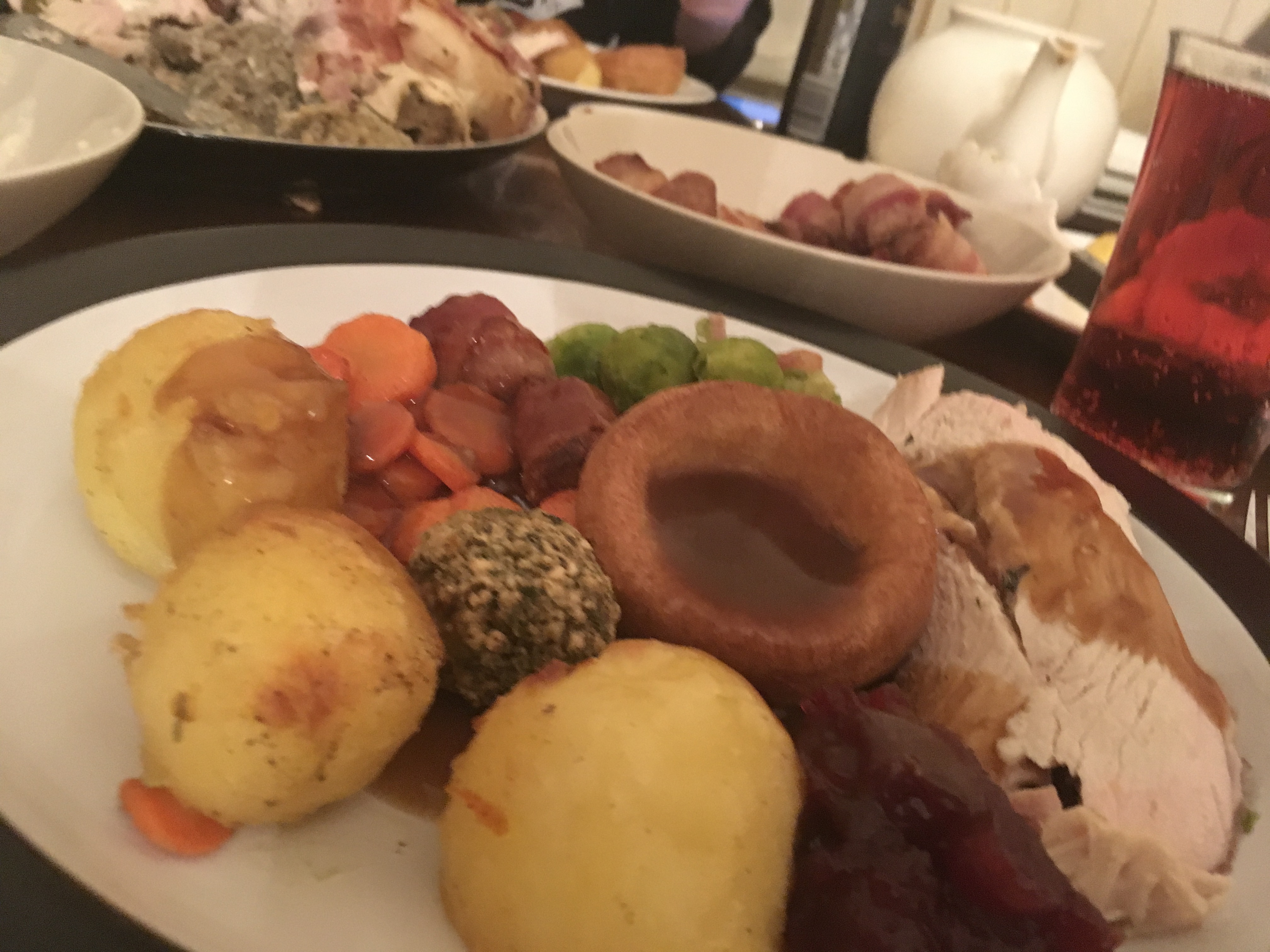 These fine people are using a teapot to pour their gravy

OR, INDEED, THE FULL ENGLISH BREAKFAST

In this case, the ingredients for the most basic Full English include:

2 x TOAST, USUALLY WHITE AND BUTTERED BUT GRANARY IF YOU LIVE IN THE HOME COUNTIES

3 x BACON, FRIED UNTIL CRISPY BUT NEVER, EVER STREAKY UNLESS YOU’RE A TRAITOR TO YOUR COUNTRY

2 x SAUSAGE, USED AS A BREAKWATER BETWEEN THE TOAST AND THE BEANS

On top of the above, one might well add:

Is that fucking latte???

Just think about them for a minute.

COVERING ABSOLUTELY EVERYTHING IN BATTER

You can definitely get a battered Creme Egg somewhere in the UK, right now, at this very moment. Probably in Scotland. It’s the home of the battered Mars Bar, after all.

And what’s not to love about batter? The hardy people of the North love it so much that they order scraps of it to shovel down with their already battered fish and chips. Why not batter absolutely everything? We bloody well should. 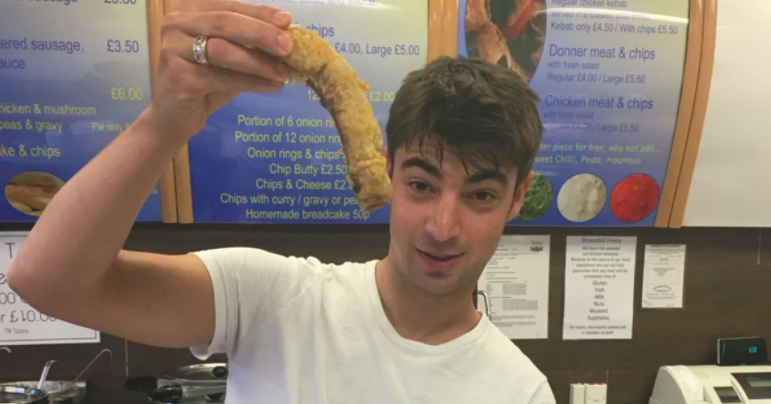 No, pies are not for cherry or apple or whatever the Yanks put in them. Pies are for chicken and mushroom, or beef and ale, or steak and *gulp* kidney.

And it goes without saying, but a fucking porcelain bowl with a fucking pastry lid is NOT A FUCKING PIE.

ANYTHING YOU CAN GET FROM GREGGS

Imagine, for a moment, a world without sausage rolls. Or a land without steak bakes and chicken slices.

Or, God forbid, a place where someone would look at a sausage and bean melt with disgust rather than delight. That’s the rest of the world other than Britain, and it’s a place you never want to go.

Whatever you do, don’t get the pizza

ANYTHING YOU CAN GET ON A BRITISH HIGH STREET, FOR THAT MATTER

If you tried to flog a tuna/sweetcorn sandwich, a can of Irn Bru and a Toffee Crisp as a meal deal in any other country, you’d probably be executed by firing squad.

Because there’s nothing better than doubling up on carbs and shoving a load of chips in between two pieces of soft white bread with copious amounts of butter.

Also works for fish fingers. Or any obscure flavour of crisps. 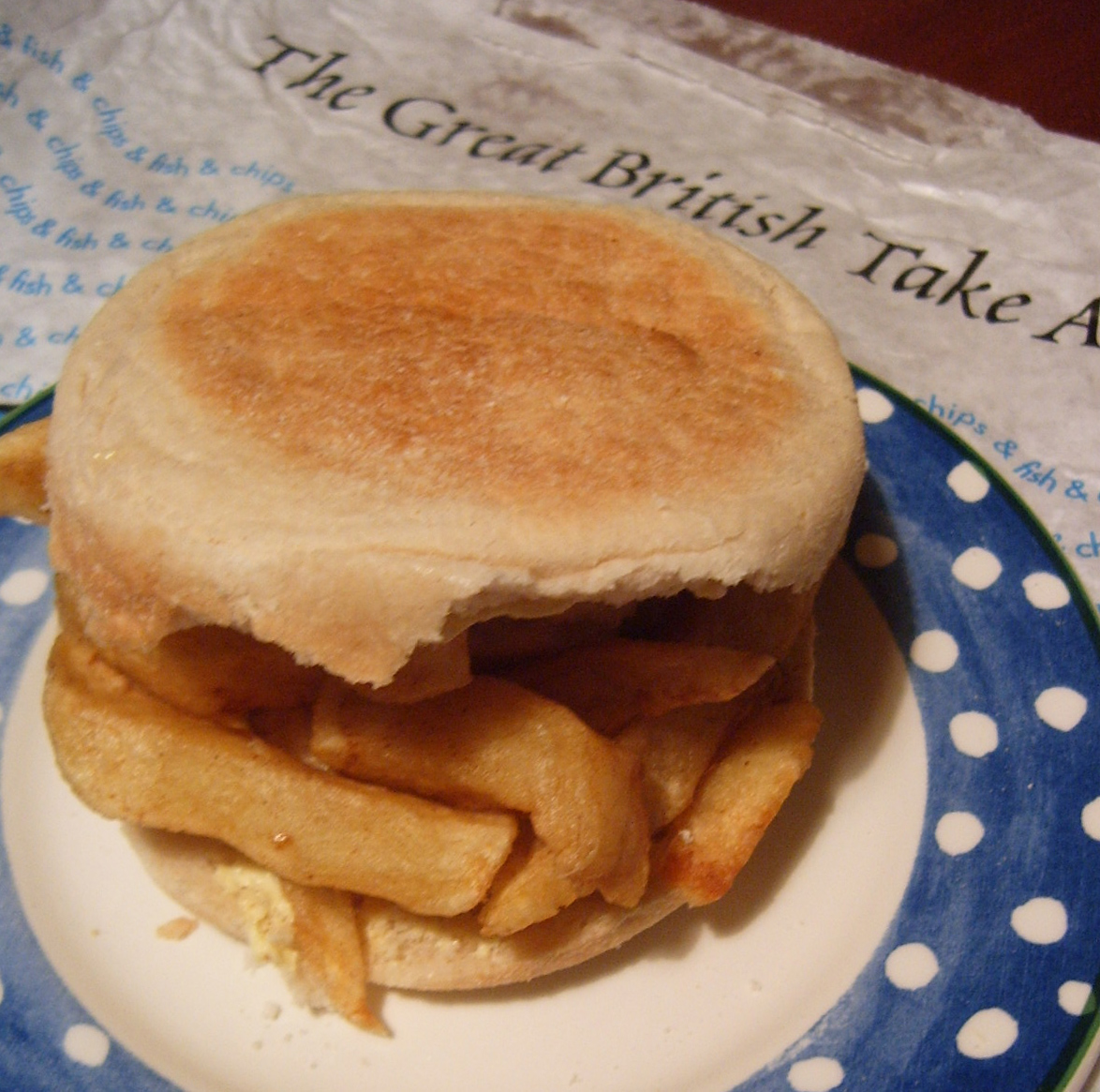 People pay money for this

WHATEVER THE HELL A PARMO IS 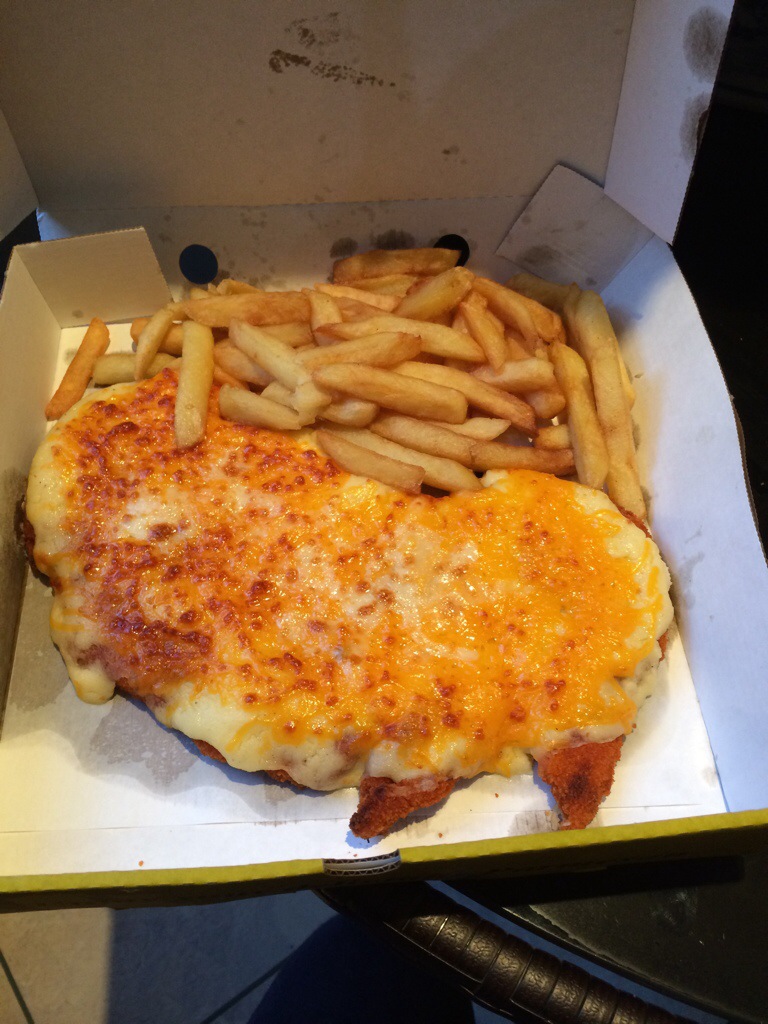 NOT KNOWING WHEN TO STOP IN TERMS OF CRISP FLAVOURS

This goes on a scale which looks something like this:

Builder’s Breakfast = yeah you’re having me on now

Including roasts, mash, pies, chips, cheesy chips, fish and chips – fuck it, we’d have gravy on our Weetabix if we could. WHich we can. And we will. 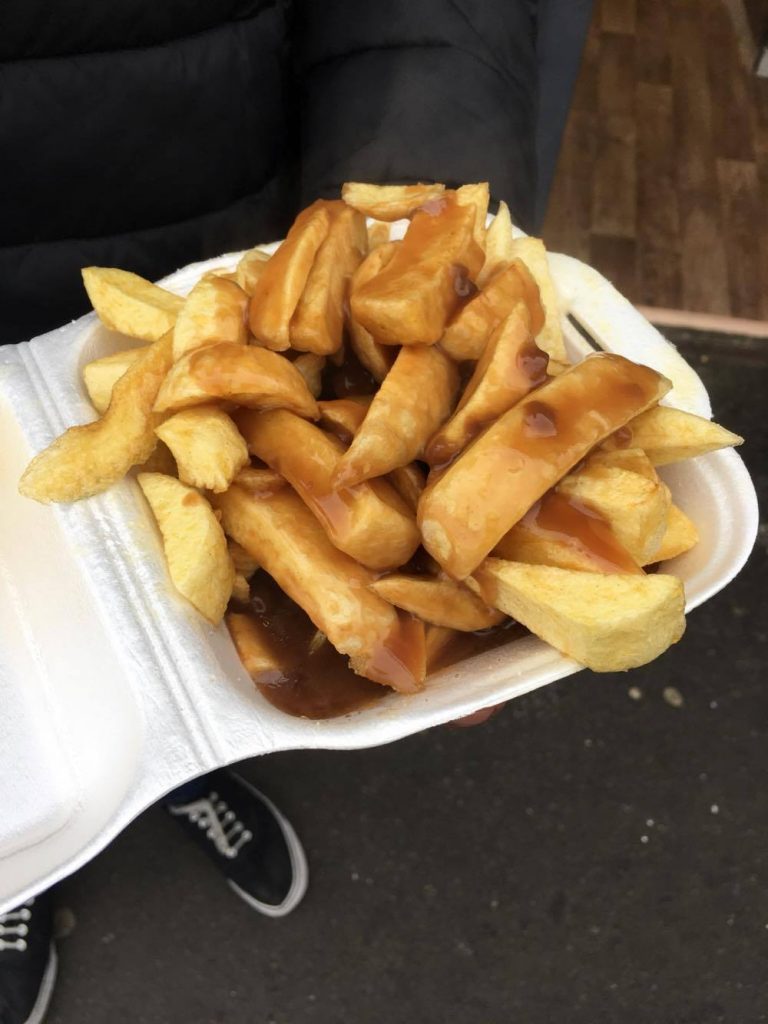 OR, FAILING THAT, CURRY SAUCE

NOT KNOWING WHETHER TO HAVE CHIPS OR RICE SO HAVING BOTH

It’s called a half’n’half, and it’s an extremely effective use of plate space and carb capacity.

OUR CONSTANT BASTARDISATION OF FOREIGN FOODSTUFFS IN GENERAL 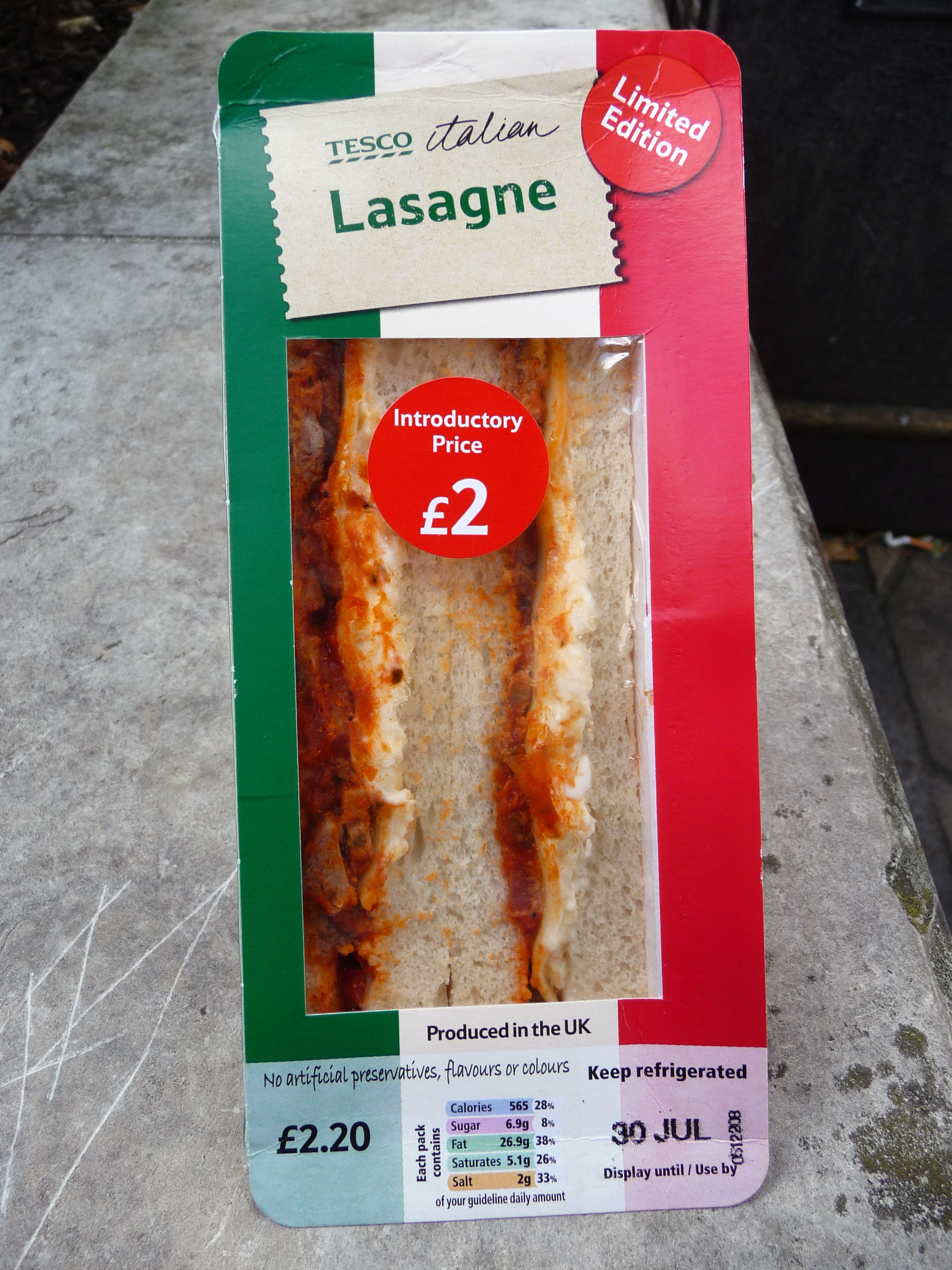 Every day we stray further from God’s light

Butter Chicken was just the start of it.

MINCE PIES, WHICH ARE AN ABOMINATION

There’s no mince in them, just like, raisins and shit. History’s greatest con.

THE CERTAIN WEIRD THINGS THAT ABSOLUTELY NO-ONE WILL BUDGE ON

Like the fact that putting milk in your tea before water will get you locked up in the Tower of London, or that if you put cheese on your beans on toast before the beans then Prince Phillip will personally behead you.

As for birthdays, don’t even think about having any cake other than Colin the Caterpillar unless you want Colin himself to turn up at your house with his ever-present grin and splinter both your shins with a baseball bat. 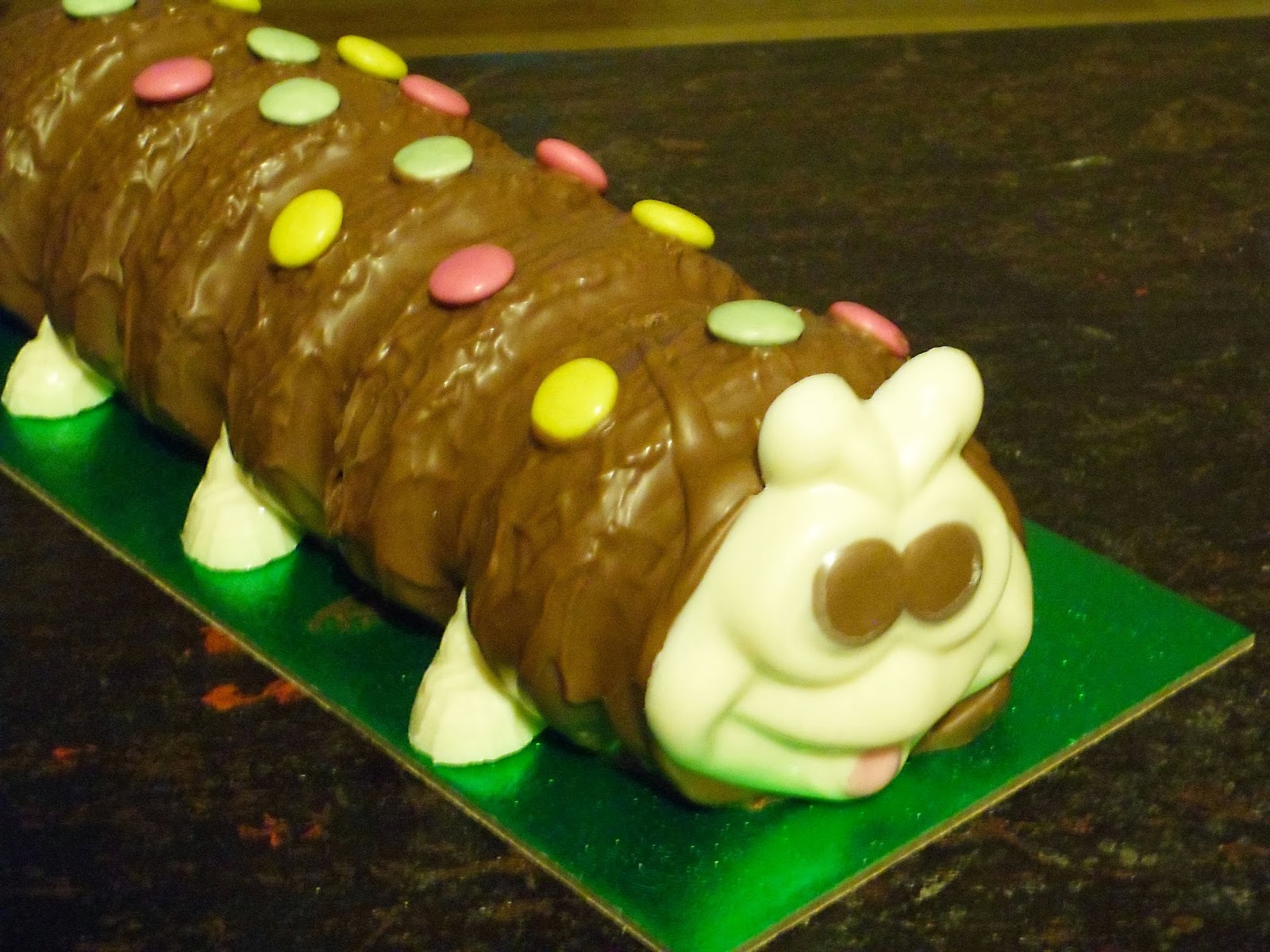