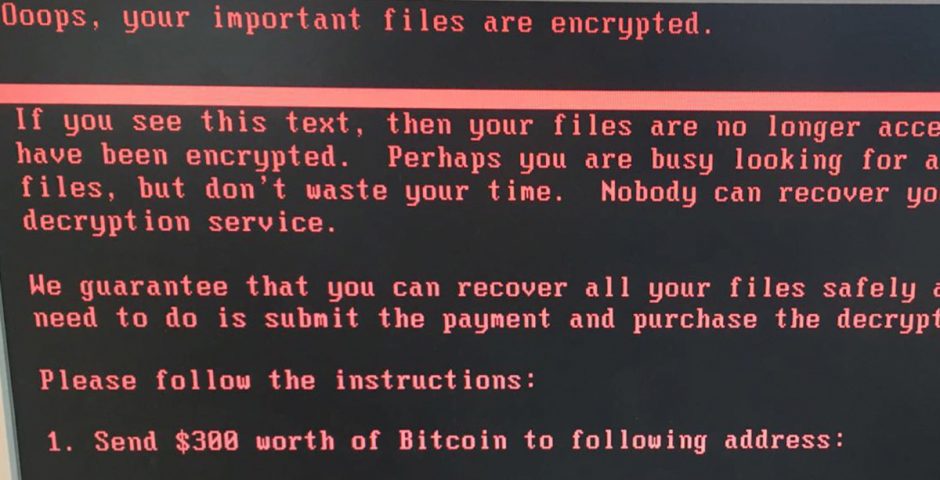 Attackers are holding people to ransom for sensitive files

Cyberattackers are holding computers around the UK and the world to ransom.

The attack, which seems to have targeted WPP plc, took place at around 13:30 today.

Workers at MEC, PepsiCo, BM Brussels, Mondelez and more are returning to their computers to find ransom messages from hackers.

So… Media agencies in London have just been hit by a major cyber attack ?

Yippee, under cyber attack at work. No computers today. #uhoh

Lmao the law firm I work for under a global cyber attack.

I stepped out of the office to get a salad. Just got back and the entire office is in the middle of a huge cyber attack … pic.twitter.com/ub3bBUozZu

Messages have flashed up on screens at the targeted companies, demanding $300 in bitcoin in exchange for sensitive files. 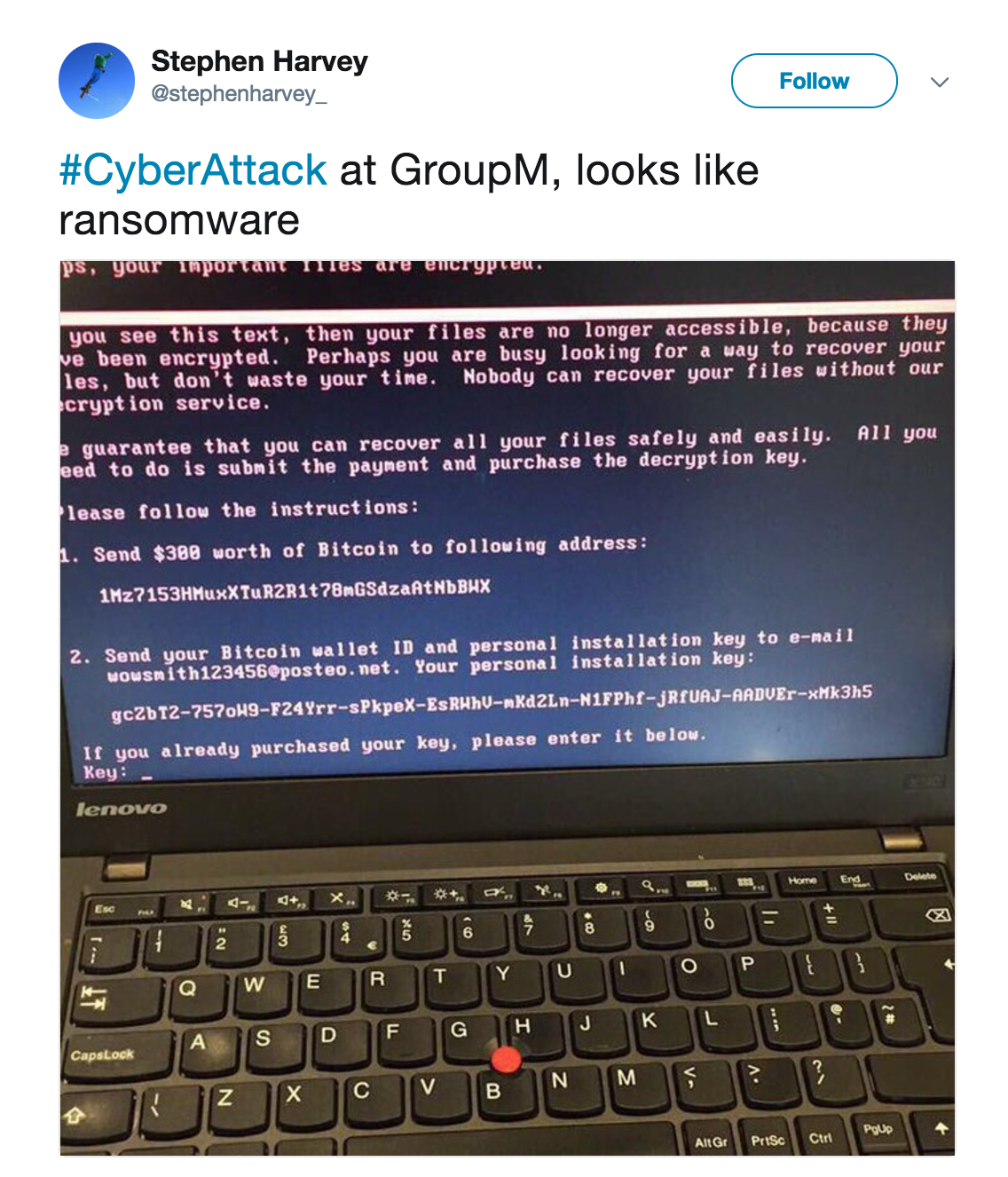 According to Twitter, the attack seems to be focused around Ukraine, targeting Ukrainian companies, banks and politicians.

Russian oil company Rosneft have also reported a “powerful” cyberattack. It is currently unclear as to whether the attacks are linked.

BM Brussels under cyber attack. Unclear if the attack is connected to Ukraine attacks. #mubxl

As a result, sources confirm that several of the companies have sent their staff to the pub while it all blows over.