These are the most lucrative degrees in Britain, with over £40,000 just one year after you graduate

New stats from the Department of Education have revealed the top earning degrees in Britain. The figures show that Business graduates at the University of Oxford were earning £41,500 on average in 2014/15.

This already puts them in the top 20 per cent of earners across the country, just a year after graduating. Oxford’s Business graduates are closely followed by economists at the Open University, who earn an average of £39,600 a year after graduation, and computer scientists at the Imperial College of Science, Technology and Medicine (£39,400). 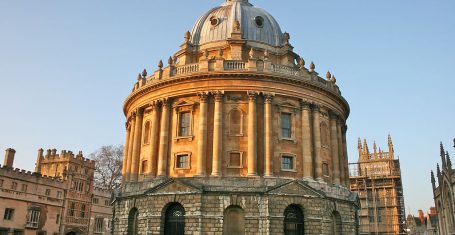 Oxford is where the money is

Veterinary Science and Engineering round off the five most lucrative degree courses nationwide. However, the data reveals a big gender gap among graduates – male law graduates from LSE (the London School of Economics) earn an average of £42,000. This compares to female graduates from LSE, who go on to earn less than £24,000 on average every year.

Sadly, this is consistent with recent research that shows huge gender pay gaps that have been disclosed by companies across the UK. The Department of Education have said there is very little difference in what different ethnic groups go on to earn. The future is slightly less prosperous for creative arts and design graduates, with the data showing that they earn the lowest salaries after graduation.