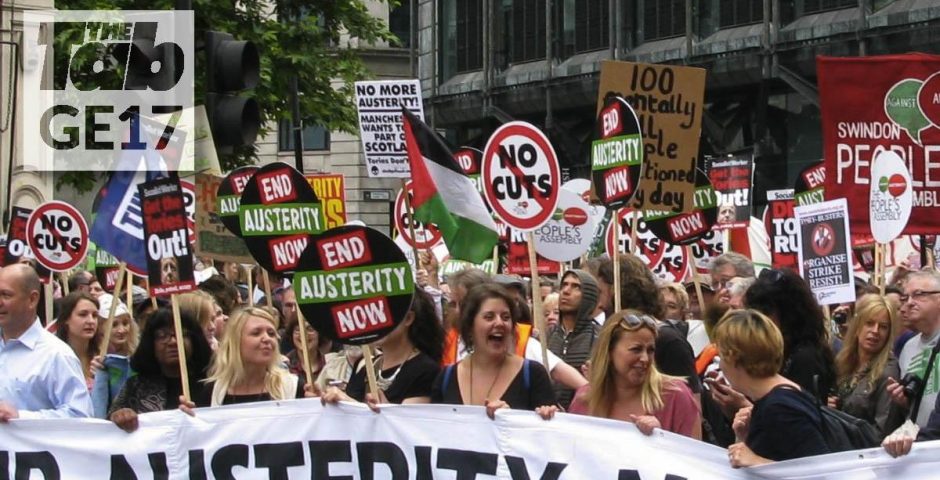 This morning we woke to the news that Jeremy Corbyn's Labour have defied all expectations and successfully prevented May and her right-wing allies from getting an overall majority. May set up the gallows by throwing this snap election but ironically it’s her government that’s been hung instead of her planned execution of the Labour Party.

We also learnt that an overwhelming 72 per cent of young people turned out for this election, largely contributing to the unexpected chaos now faced by our incompetent prime minister. Young people, unlike in previous elections, have sent a clear message to politicians that we have a voice and they need to listen.

'Would have gotten away with it if it wasn't for those pesky kids…' #GE2017 pic.twitter.com/s9cXYQN5ot

However, following conversations initiated this morning, it seems increasingly likely that a coalition will be formed between the Conservatives and Democratic Unionist Party. Irrespective of the DUP’s homophobic and sexist standpoints, this means that a party with only a 0.9 per cent share of the vote will have greater power in the government than parties more popular nationally such as the Greens, who gained 230,000 more votes than the DUP.

We simply cannot allow the Tories' to continue their attacks on our education, healthcare and basic human rights. Our voice has already been heard but we need to continue to force it into parliament, and there are a few ways we can do this.

At this point, it is fairly universally acknowledged that the mainstream media is not a trustworthy source of information so continue to question whether the owner of the newspaper you're reading is benefitting from Tory policy. When the Times and Sun encourage a harsh BREXIT, remember that the intimidation tactics used by Rupert Murdoch on the UK government don't hold on the EU which motivated his support for vote leave. Be vocal on social media and read news from a variety of reputable sources.

Obviously major protests have events on Facebook, which make it easy to join them, but there's no reason why you shouldn't organise your own.

We have to protect the rights and freedoms of this country, whether or not we're being personally attacked. Key issues which may need protesting if the DUP do form a coalition with the Conservatives include LGBTQ+ rights, climate change denial and anti-abortion rights.

I think I just puked a tad in my mouth – PM wants to work with 'friends and allies' ANTI ABORTIONISTS AND HOMOPHOBES WTF #DUPCoalition #Dup pic.twitter.com/Mtw0odg67V

Hey look on the bright side! At least Trump will get along with DUP! Gotta maintain that "special relationship" guyssss! #DUPCoalition pic.twitter.com/QaJjWt0qWU

If Theresa May has not already done one of her infamous u-turns, you don't even need to be reminded of the election promises that, as young people, we cannot allow to pass into law.

Write to your local MP

Generally your local MP will have a lot more time than a government minister and, particularly on local issues, writing to them will encourage them to take action.

There are generally templates for letters on key issues which can be found online, for example these on climate change.

Similarly, a lot of politicians have social media accounts which gives you a very public sphere with which to hold them to account for issues in your community and the country.

Pressure groups have been incredibly successful in the past for example, after Cameron pledged to take in 20,000 Syrian refugees but community groups like Citizens UK forced councils to increase their pledges.

After Theresa May's proposed attacks on our basic human rights, including freedom of speech and internet privacy, it is particularly important that pressure groups like Amnesty UK receive the support they need to continue their work.

Whoever makes up our new government, human rights must be a priority. You're #NotPowerless! Take action: https://t.co/lLYRiQGg0n pic.twitter.com/9e1Fy6X10m

While protests are shared online, ensure that the 10,000 signatures on a petition are reached for a government response or even 100,000 for it to be considered for debate always ensure you sign them.

It is also incredibly easy to set one up on the government website. Setting them up on change.org wont guarantee a government response.

As much as there are ways we can fight for the country we want and make a difference, it is undoubtable that austerity under a Tory and DUP coalition will continue to destroy the quality of life for many citizens. You may have seen in the news that nurses being forced in to poverty by Tory policies are being supported by food banks, one of the many grassroots organisations which you can support.

As students we are cash poor (shoutout to the Tories cutting maintenance grants) but time rich so now may be a good point to consider donating a little of your time to support those who are being systematically crushed by our government.

Democracy does not end after election day and we still have voices so let's make them heard.