Young people can win today’s election, but only if you get out there and vote

Don’t pass up on the chance to make history

No pressure, but the outcome of this election depends on how many of us turn up to vote.

A record 1.5 million young people have registered to have a say in this General Election and pollsters predict that the student vote can swing the outcome. That will only happen if every single young person who has registered actually votes.

The 18-25 demographic is notorious for having the lowest voting turnout in previous General Elections and referenda. So today is a chance for us to prove that the demonising stereotype of “ignorant” young people is simply untrue.

Unless we want all the decisions to be made by those who will never experience the same difficulties as us, we will need to go out there and fight for what we believe in.

This is one of the most important General Elections of our lifetimes. The winning party will oversee Brexit negotiations, the outcome of those talks directly impacting students across the UK. Brexit will affect British research which may suffer a loss in EU funding, students studying abroad and everyone’s future job prospects.

Do you want to vote for someone who thinks that “no deal is better than a bad deal” and is too scared to go on live television debates even though they must face 27 members of the EU? Or do you want someone who has changed the political landscape of our country and wants to rebuild our trust with the EU by protecting the rights of EU citizens, because that’s the humane thing to do?

You’re also voting for the protection of our public sector, which is a benefit to every single person in our country. Whether you’re passionate about the NHS, schools or our police force – you need to go out and vote if you want to preserve them. If you’re outraged about the damaging Tory cuts to our services, which haven’t stalled for the past seven years, go out and vote against that.

Do you want to pay less to go to university or do you want to accumulate tonnes of debt which you will be paying off for the rest of your life? Free education is not such an obscene concept. In fact, countries such as Sweden and Germany, have exceptional education systems which are free.

British students have been conditioned to think that education is a privilege for far too long and it’s time to vote in a government that sees education as an investment in the country’s future and a benefit to the economy, rather than a drain and a burden. 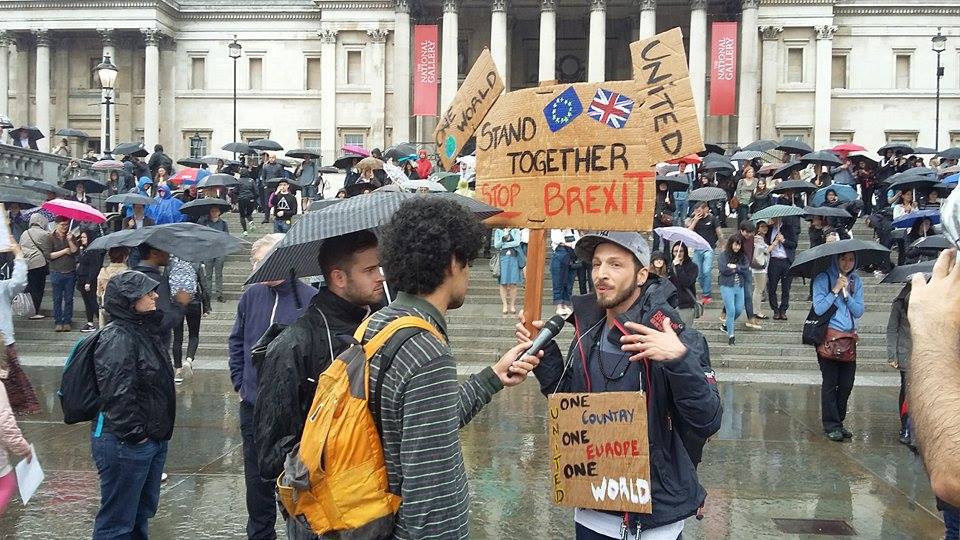 This is one of the first elections which is genuinely exciting for young people because we have been brought into the conversation. The choice is there and your vote can radically change the future of this country. Seats have been marginally won by single figures before, so there is no reason why your vote can’t make a difference in your constituency.

Think carefully about each party’s proposal for your future and don’t just vote a certain way because of your parents – they won’t face the same challenges as you in the future.  Go out and vote, because even if the outcome is different to what you hoped – you voiced your opinion.

The future is literally in your hands. So please, don’t let our generation down by being lazy and pass up an opportunity to exercise your rights. Polls are open from 7am to 10pm, so you literally have no excuse.

If you don’t vote, you don’t have a right to complain about what happens next. We have to stand up for what we believe in and vote for a better change.