London is a strange place. To anyone outside the great city we live in, it’s a place where you get Parliament and might go for a shopping weekend and where everything is too expensive to do anything more than stand in one spot and breathe. All those things are true, of course. But what they don’t tell you about London, more important than advice about having to stand on the right on the Underground escalators or wear your rucksack round your front so you don’t get pickpocketed, is how living here will change you.

It’ll warp your personality so that you start to do, say and think things that will never make sense to anyone living outside of Zone 6. Things like this:

MAKING SWEEPING (AND MOST OFTEN UNFOUNDED) GENERALISATIONS ABOUT ENTIRE BOROUGHS

Yeah Dalston’s dead now, isn’t it? And Clapham – well it’s all just bloody Australians. Don’t get me started on New Cross, either. Everyone there has a neckbeard and looks like they play Warhammer 40,000.

I guess this is fine. Yeah, I could buy a house at home. I could rent a full fucking house at home for this price. But whatever. Soon Diego will leave the tiny kitchen where I cook my lonely microwave meals and I will be able to scuttle in and out without speaking to anyone, returning to my dark room with a lasagna for one and buffering Netflix on my shit wi-fi. This is fine. 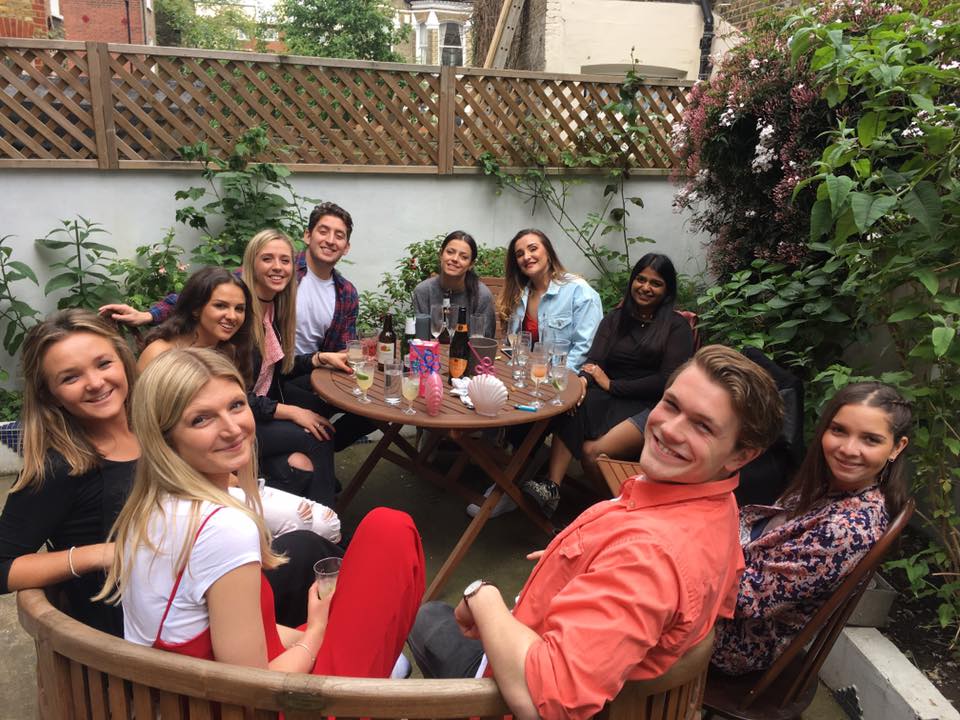 PAYING £5 OR MORE FOR A PINT

It will be served flat and without a head, and you will be forced to drink it standing up with your backpack between your legs while a group of city boys next to you fling specks of beer into your face.

You swear you’ll go back for a picnic and some tinnies but that never happens. 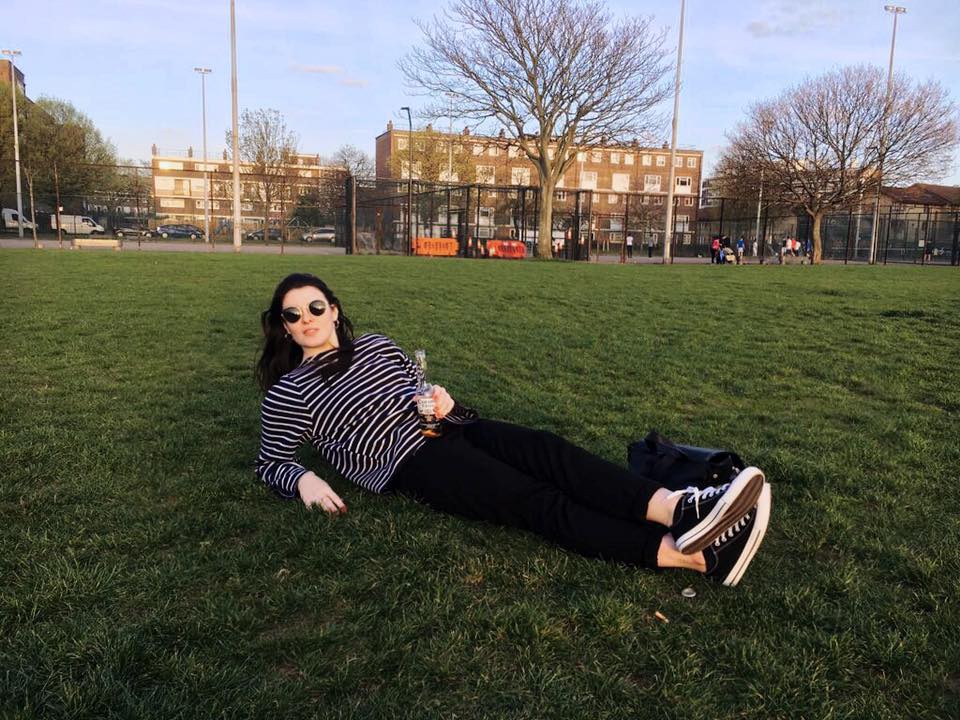 BEING PREPARED TO BE SQUASHED, ELBOWED AND COVERED IN DRINKS FOR A SMALL PATCH OF SPACE ON A CROWDED ROOFTOP

But hey, if you squint you can sort of see the top of the Gherkin.

But hey, if you really squint you can sort of see the top of the Shard.

REFUSING POINT BLANK TO VISIT NEW PARTS OF THE CITY 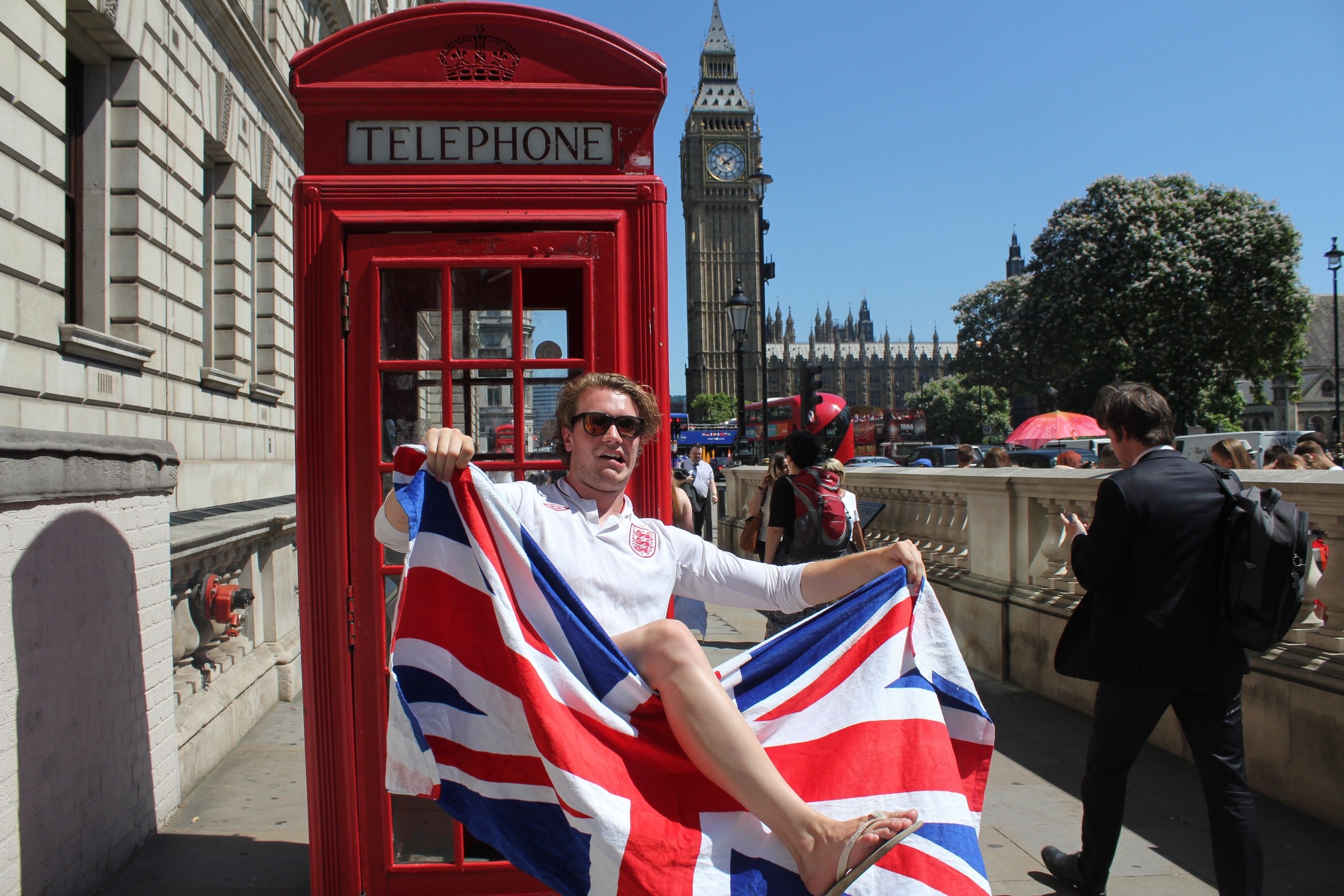 REFUSING POINT BLANK TO VISIT CENTRAL LONDON ON THE WEEKEND

I could spend 40 minutes on a packed tube full of 65 German school kids holding flags to identify the rest of their group just to go to the flagship Topshop on Oxford Street to enjoy the great perks of the city I live in, but like, also I’d rather die?

IN FACT, REFUSING POINT BLANK TO ENTER CENTRAL LONDON UNLESS YOU ABSOLUTELY GOD DAMN HAVE TO

You once had to meet a friend from up north for drinks in Covent Garden and you’ve been traumatised ever since.

NOT REALLY BELIEVING THE NIGHT TUBE IS A THING, EVEN AFTER YOU’VE USED IT

Yeah, it was a lifesaver that one time you lost all your mates at Brixton Jamm and your phone died so you couldn’t get an Uber, but the whole thing seems so much like a drunken fever dream that you still refuse to accept the night tube is a genuine thing which genuine people genuinely ride in the genuine middle of the night. 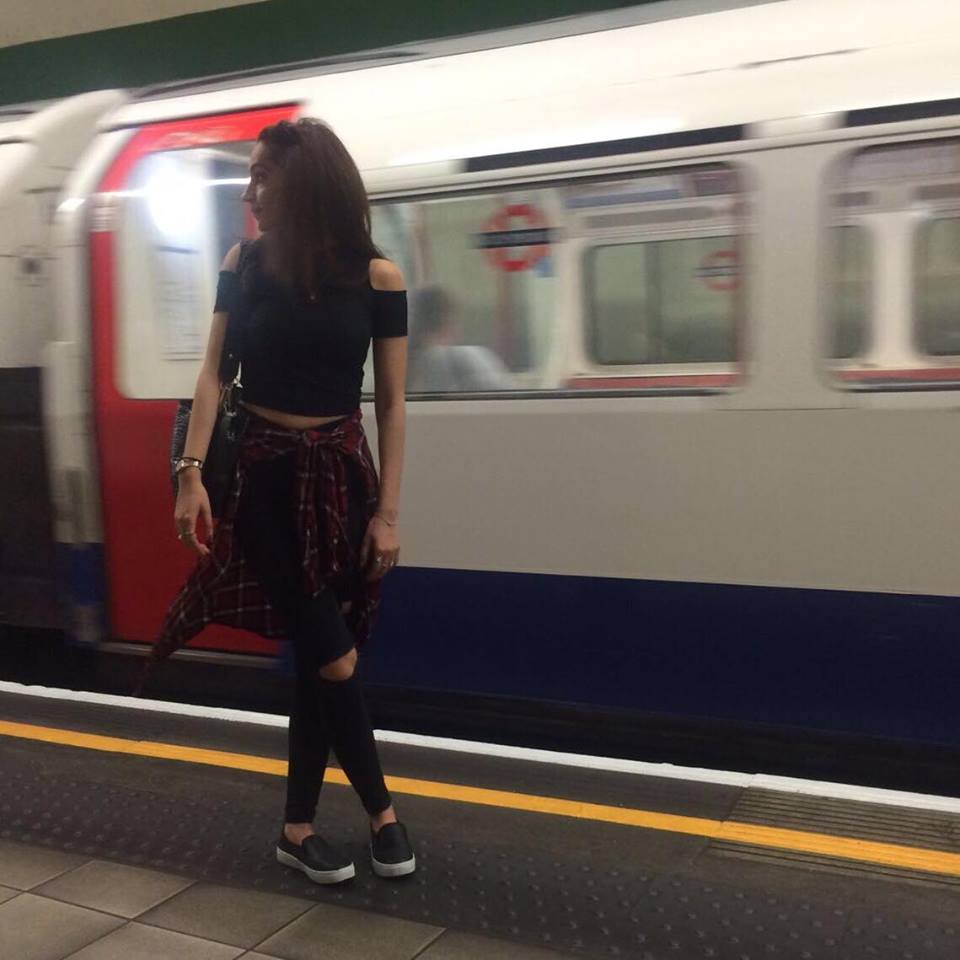 JUST ORDERING AN UBER INSTEAD

You’re too far to the station, everyone will be really drunk, and what’s £20 anyway?

Let me put away my copy of Das Kapital because I will be attending the launch night my friend!

SEEING MICE ON THE TUBE TRACKS AND NOT GIVING A SHIT

Your friends visit, ask you about that myth that you’re never two metres from a rodent, then bam one shows up on the tracks and they scream. Everyone looks at them, then at you, then shakes their head. But you’re a Londoner and you couldn’t give a fuck.

Walking’s just agg though, isn’t it? 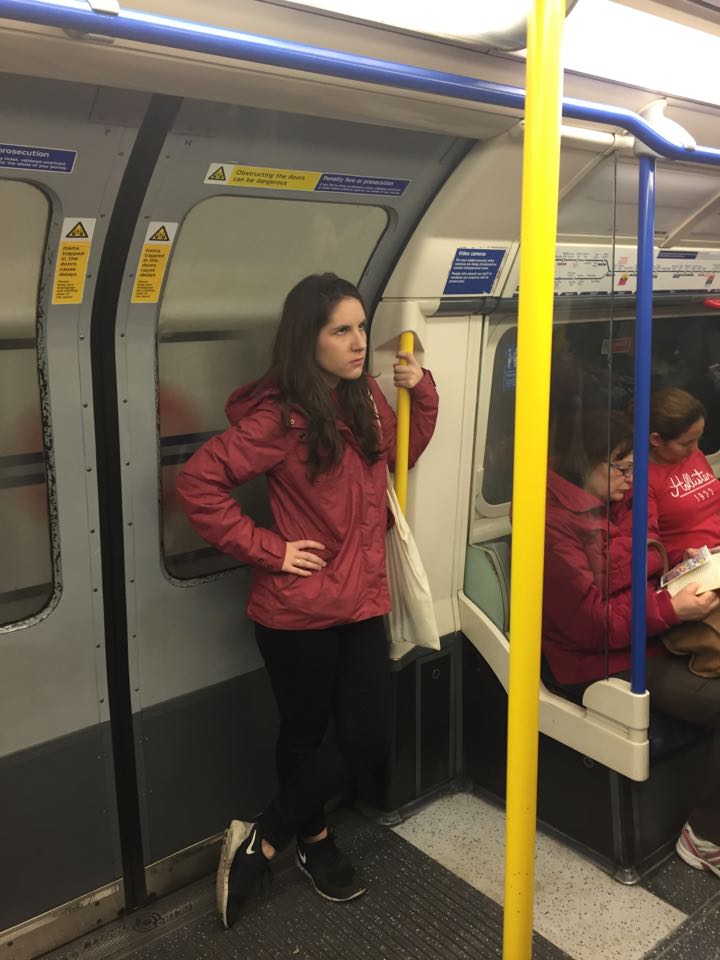 SWEARING YOU’LL NEVER EVER GO TO OXFORD STREET BECAUSE OF THE TOURISTS, THEN GOING THERE AT CHRISTMAS AND COMPLAINING ABOUT THE TOURISTS

You love how open London is to the world and that everyone wants to come and see your city, but for God’s sake get out the way when you’re trying to get to Carnaby Street.

DESPISING ANY FORM OF COMMUNICATION ON THE TUBE, BUT THEN WISHING EVERYONE SPOKE MORE

“These people were talking the whole way home whilst eating McDonald’s” you’ll complain to your housemate after your ten minute tube journey back home. The next week, you’ll sit on your quiet tube, where no one dares to make eye contact and everyone’s on their phone, despite the lack of Wi-Fi, and you’ll head home and go “I just wish people talked more on the tube”.

GETTING BOOZY FROM THURSDAY ONWARDS

Thursday, Friday, Saturday, Sunday – who made the rules as to what ‘weekend’ means anyway?

Yes Carly, this is super cool! Yes, let’s definitely get a fishbowl! Yes, I love Cirque! I enjoy drinking in The Shoreditch every Saturday! Camden after this yeah! I am having so much fun and do not want to die! 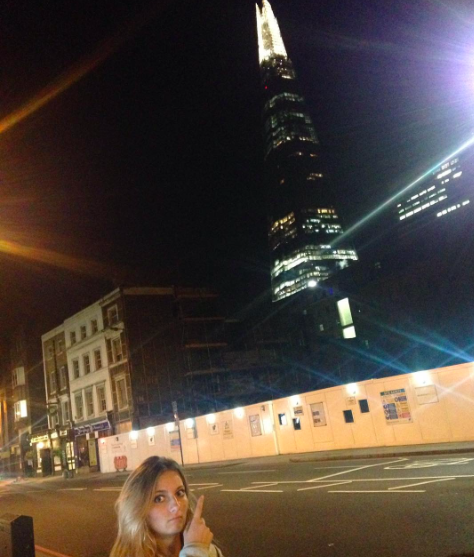 Oh you want to go out in Shoreditch? Hun, it’s just not a vibe any more.

The first one made you shriek. The second one made you jump. You felt nothing as you beat the third one to death with the gummed sole of your work shoe.

BEING COLD, ANGRY UNAPPROACHABLE HUMANS UNTIL A DOG COMES ON THE TUBE

There’s something about public transport that turns perfectly pleasant people into the most irritable, rude and intolerable people you’ve ever met. People roll their eyes, push and shove and Interaction is avoided at all costs, unless it’s a passive aggressive sigh or a “CAN YOU MOVE DOWN THE CARRIAGE PLEASE!!!” But there’s one time, the most precious of them all, when this all changes. A dark cloud is lifted when a doggo gets on the tube, no matter how big or small, people’s eyes light up and hatred is replaced with pure, unadulterated joy. Where is he going!!! 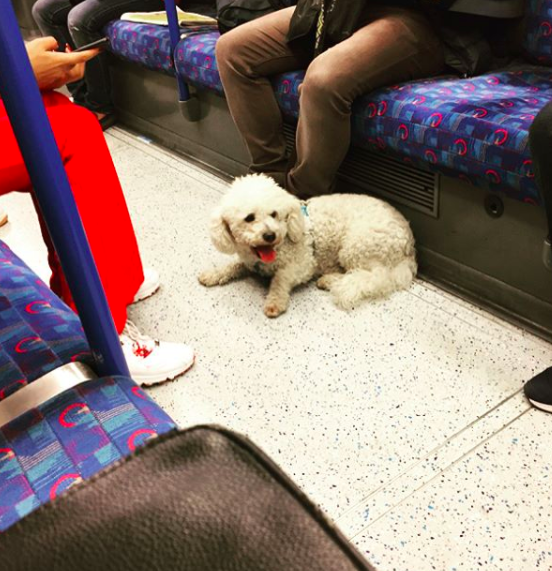 GETTING REALLY PEDANTIC ABOUT WHAT ACTUALLY COUNTS AS LIVING IN LONDON

Let’s just get one thing straight – you’re not from “North London” if you live in Harpenden. I don’t care if it’s “on the tube line”, no one who lives in Harrow is a true Londoner. And sorry friends, but Barnet, Watford or Epsom don’t count either. If you’re more than five minutes past Zone 2, don’t even bother.

I honestly don’t know how the older generation lived without Citymapper.